The magic of Morocco – here’s what you need to know

Since 2013, Morocco has been North Africa’s most popular tourist destination, surpassing even Egypt. In 2019, more than 13 million people visited this beguiling country and post-pandemic, numbers are recovering fast. Step off the plane and it won’t be long before you see why. Keen to experience the magic of Morocco for yourself? Here’s what you need to know before you book.

If you’re first-time visitors, you should consider basing yourself in Marrakesh. Nicknamed the Rose City, it’s a laidback place with a well-developed tourist infrastructure. The luxury hotels of the Palmeraie, an oasis of palm trees on the edge of the city, lie within easy reach of Marrakesh’s modern airport. Alternatively, the characterful riads of the Medina with their sumptuous décor are similarly convenient. To do Marrakesh in style, stay at La Mamounia, the city’s most storied hotel and a consistent favourite with VIPs since it opened in 1929. 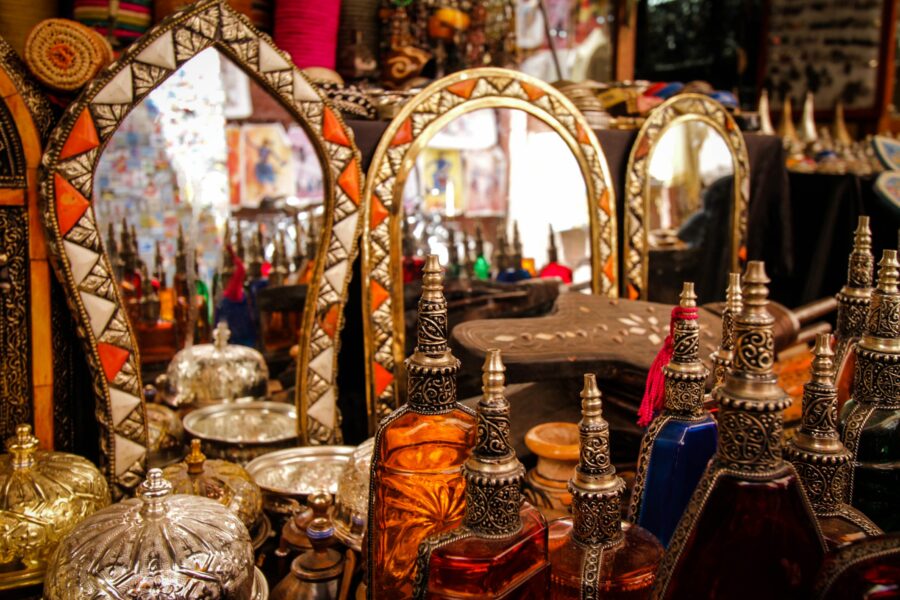 When you’re ready, wander Marrakesh’s maze of souks and alleyways and explore the ancient medina. This colourful, noisy place is an assault on all the senses: the pungent smell of the tanneries, the clanging of the metalworkers and bright skeins of wool hanging in the dyers’ souk. Drink cups of mint tea as you haggle in good-natured fashion for trinkets and souvenirs to take home.

When you need calm, you’ll find it in Le Jardin Secret or Jardin Majorelle, both exquisite gardens where you can sit and contemplate your next move in lush surroundings. After dark, the Djemaa el Fna fills with snake-charmers, acrobats, musicians and storytellers. Soak it all in before dining in the verdant courtyard of Le Jardin or the elegant Café Arabe. 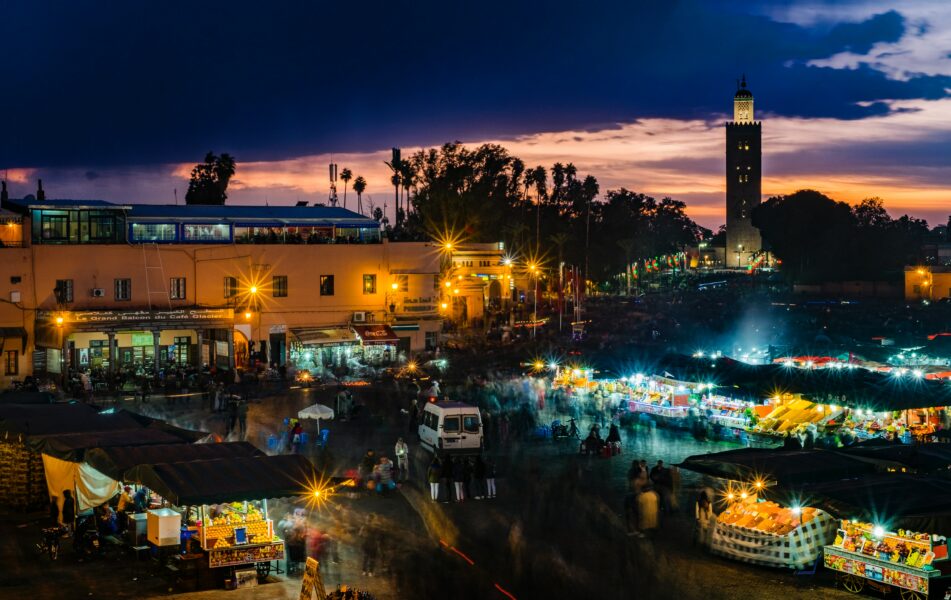 During your stay, book activities that give you an insight into Morocco’s cuisine and culture. Most riads will cook an authentic meal for you, setting up a private table on their rooftop terrace or courtyard. Take things a step further with a cooking class; Riad Star offers one of the best. Pamper your skin at a traditional baths; you’ll find the oldest in the city, Hammam Mouassine, offers a no-frills experience. If you’re keen to indulge yourself, one of the most luxurious hammams in Marrakesh can be found at the Royal Mansour hotel.

One of Marrakesh’s many strengths is its location. The weather’s still hot in autumn and mild in winter, making this a better bet for off-season travellers than places further north. On a clear day, you’ll see just how close the Atlas Mountains are to the city. It’s easy to head out of town on a day trip to hike through the olive groves to pretty Ouzoud Falls. Visit an ancient fortified village, such as Ksar Tamnougalt or Aït Benhaddou, now a UNESCO World Heritage Site. To make the most of the mountains, stay overnight in Richard Branson’s upscale Kasbah Tamadot or retreat to the rustic chic vibe perfectly encapsulated by Kasbah du Toukbal. 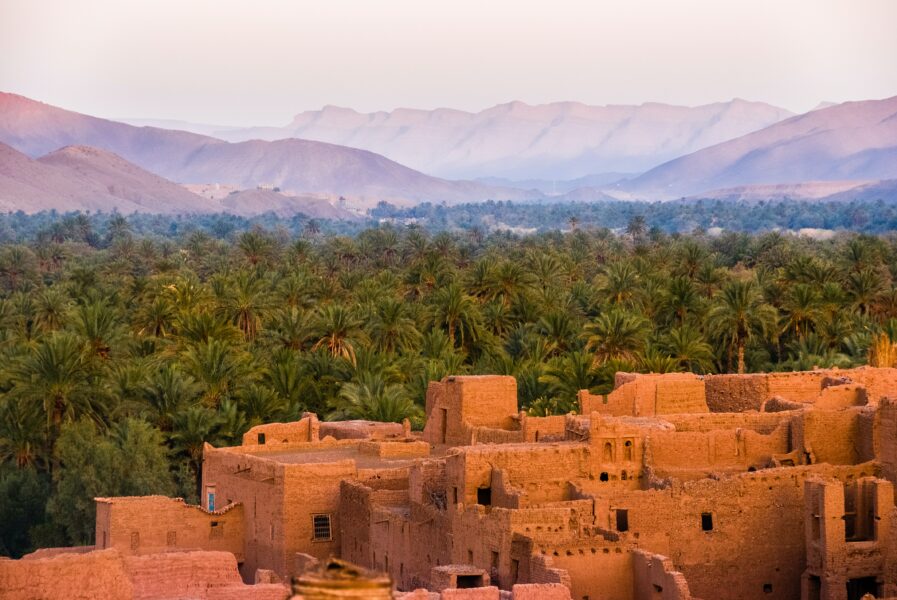 Where to consider if you’re keen to venture further afield

Morocco’s diversity lends itself to a longer itinerary and you won’t be disappointed in cities such as Fez, Chefchaouen and Tangier. Getting between them doesn’t have to be a chore, thanks to an extensive motorway network and continuing investment in high speed rail links. Hopping across the country from one to the next is simple and we’d recommend spending more time here so you can visit more of Morocco.

Consider pairing Marrakesh with the coastal town of Essaouira, less than three hours to the west. Located on Morocco’s Atlantic coastline, this is a mecca for surfers but has plenty to offer when you’re not on the water. The busy port serves up a steady supply of fresh sardines, which are served in numerous pavement cafés and restaurants in and around Essaouira’s medina. The walled old town here is easier to navigate than that of Marrakesh, though its broad streets still have an abundance of charm. 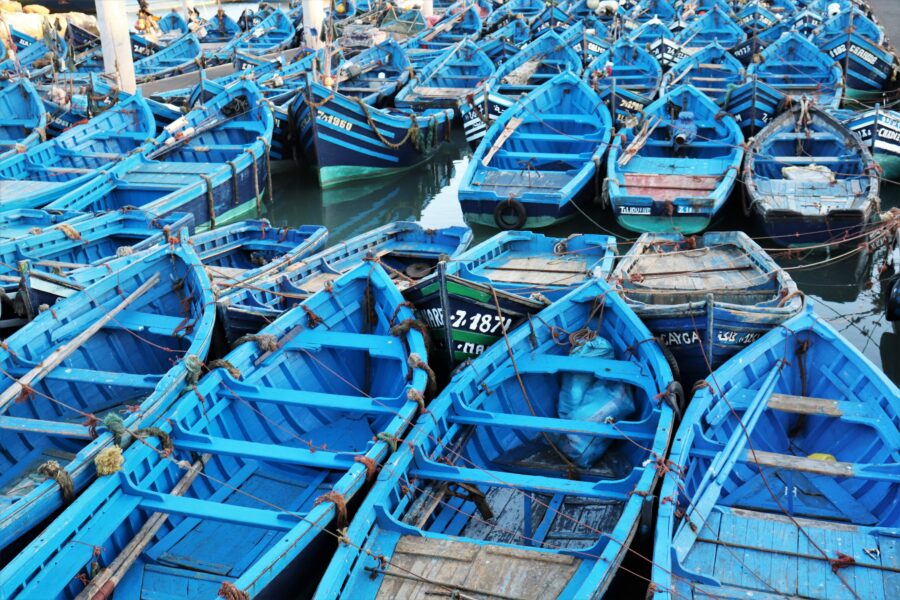 The ancient medina in the city of Fez is another of Morocco’s UNESCO World Heritage sites. Some hail it as the oldest pedestrian area on the planet. Although, you’ll need to listen out for the donkey carts that clatter at speed through the narrow streets of the souks. Packed with mosques and madrassas, the medina is where you’ll find the University of Al-Qarawiyyin, founded in the 9th century. At times, it can feel like the modern world has been held at bay, yet a growing number of tastefully converted riads and stylish cafés cater to the tastes of international visitors.

Like Marrakesh and nearby Fez, Meknes is an imperial city. Meknes is sometimes referred to as the Versailles of Morocco. It grew up around an Almoravid citadel in the 11th century, and was Morocco’s capital city for a time in the 17th century. Moulay Ismail Ibn Sharif built a sprawling palace and extensive fortifications, though under the Alawi dynasty, the seat would shift back to Fez. While you’re here, don’t miss Volubilis, the well-preserved remains of a Roman settlement that once numbered 20,000 people. 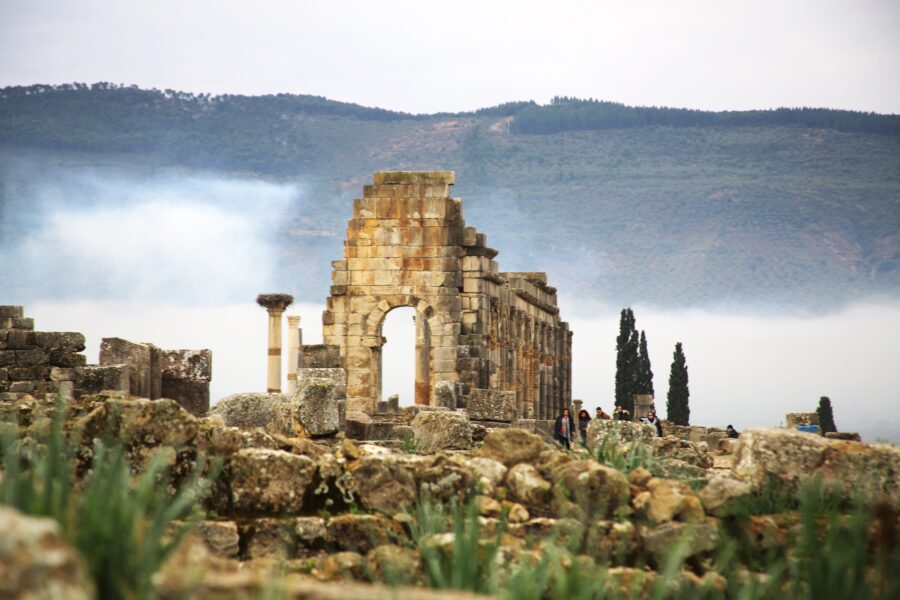 If you’re a fan of social media platforms such as Instagram or Tik Tok, you’ll recognise Chefchaouen as Morocco’s blue city. Duck into the photogenic old town and it seems like every door, wall and stepped alleyway has been painted the same vivid shade. The effect is mesmerising, and it pays just to wander aimlessly for an hour or two so you can drink it all in. Retrace your steps to browse its handicraft stores and call in to a café for a refreshing cup of mint tea. Before you hurry off somewhere else, climb the tower of the Kasbah or hike up to the Spanish Mosque and Ras El Maa waterfall.

This attractive port city faces Spain just west of the Strait of Gibraltar. A day trip from Morocco’s northerly neighbour is achievable thanks to the frequent ferries that connect it to Algeciras and Tarifa. However, it’s worth investing more time to explore the city, which makes a logical start or end point to a longer itinerary. Climb uphill through the labyrinthine streets of the city’s whitewashed medina. A market fills the square of Grand Socco; beside it is the Mendoubia Garden. Tour the Kasbah Museum, located inside the renovated sultan’s palace of Dar El Makhzen and round out the day watching the sunset at the Phoenician Tombs. 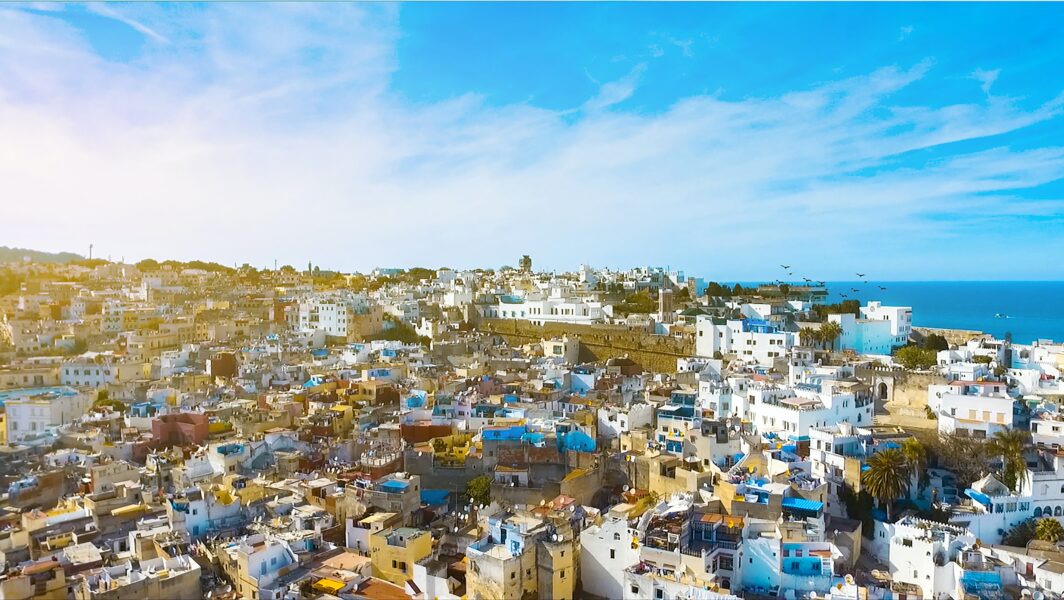 Get in touch with Mundana today

Whether you have a few days or can spare a couple of weeks, Mundana can arrange a memorable Moroccan trip that’s exactly what you need. Why not give us a call today to discuss your requirements? The magic of Morocco could soon be yours for the taking.

The magic of Morocco – here’s what you need to know