A personal tour of Iron Age Great Zimbabwe ignores the tourist trail in busy season. Instead, it approaches the ruined capital of the Kingdom of Zimbabwe across open savannah. This is such a better way to appreciate a remarkable achievement. 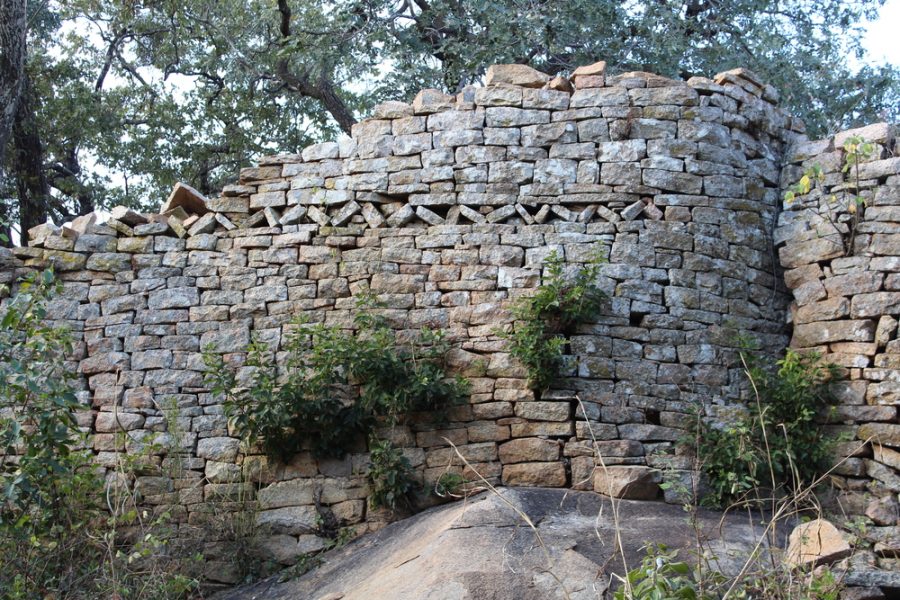 The Gokomere and Ziwa cultures arrived here in the 4th century to farm the valley and work the iron and gold reserves. They began building in stone in the 11th century. At its peak, a city of 18,000 residents spread out across 1,780 acres or almost three square miles. In its heyday, the city’s trade links reached as far as Arabia and China. Something made the civilization decline, and drift away around 1450. This could have been when the gold reserves ran out, or there was a climate change perhaps. Today, visitors approach the Great Hill Complex in silence, to the alarm calls of wild birds.

The people built the Great Hill Complex in the 9th century, and lived there for 500 years. The stone structures are hand packed, without a sign of mortar between the stones. Steep steps were designed with tight corners to repel any attackers. This fortress was never taken, but it gradually fell into decay after they built the Great Enclosure in the valley below. You’ll want to pause to absorb the magnificent views all around you. Each traveller will have their own thoughts about the stories these stones could tell. 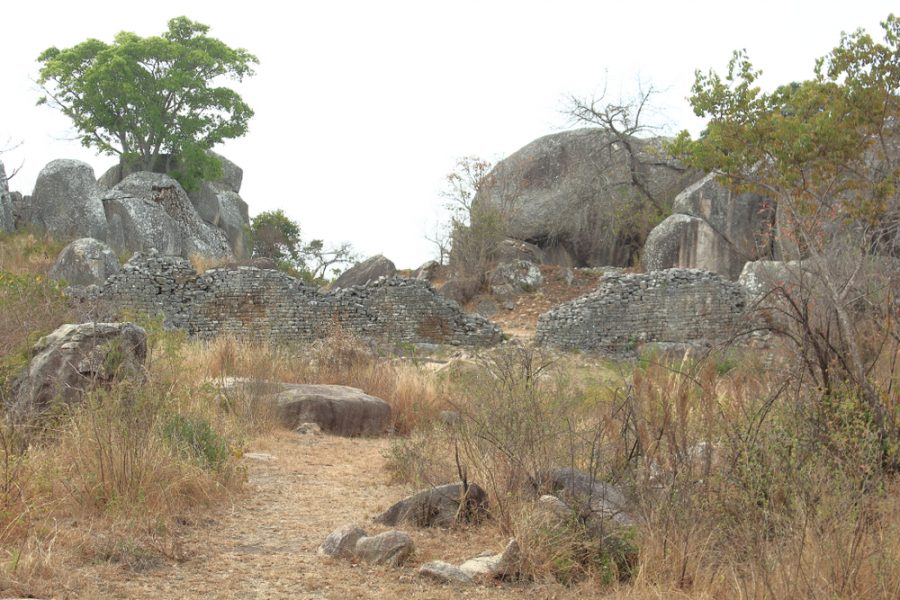 Through the Valley Complex to the Great Enclosure

Return to the valley and wander through the ruins of stone houses where 18,000 citizens once lived. There will be few other people to disturb you here. Many of those visiting will be more interested in the dramatic wall forming the Great Enclosure. However, for some, this is a way to encounter the true soul of Great Zimbabwe, its people. Parents raised families here, and children played in the streets. How did the last people feel, we wonder, when they finally abandoned these ancestral homes? They had no writing. Their history is sealed in these silent stones. 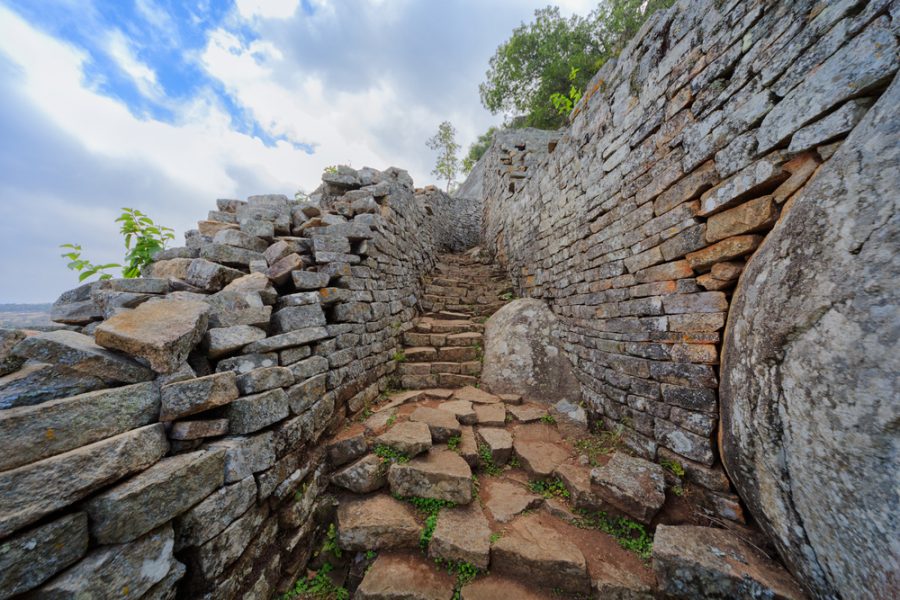 The Architectural Pace Steps Up at The Great Enclosure

The Great Enclosure is a statement of the power and wealth of a kingdom at its peak. Yet it is still strongly defensive, with inner and outer walls sheltering a compound where we may assume the ruler and their entourage lived. Between these two walls a conical tower rises 30 feet into the air and 18 feet in diameter at the base. There is no broadly accepted explanation for its purpose. However, it must have had significance for the people who hand-packed it perhaps over decades. 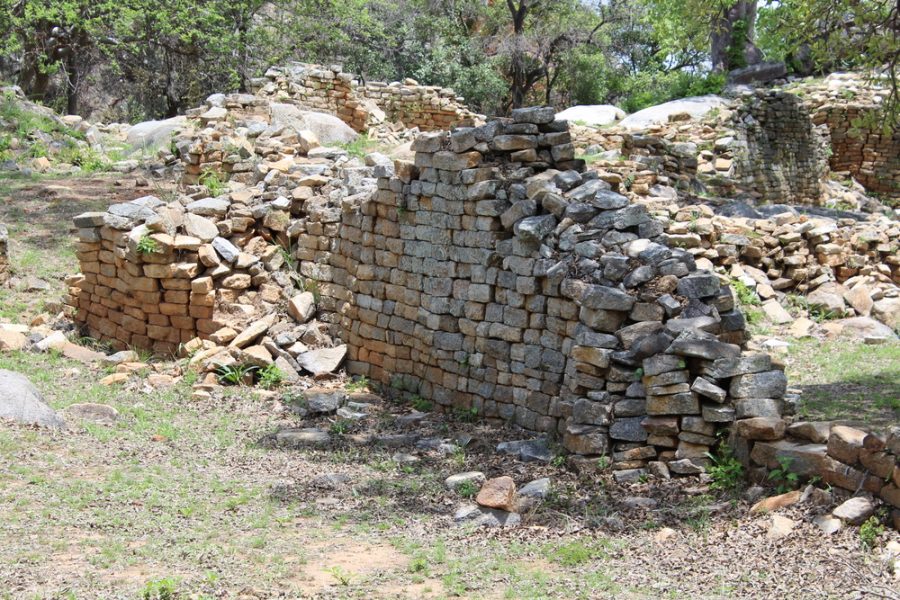 Theories Abound About This Remarkable Place

There is nothing like Great Zimbabwe for scale anywhere else in southern Africa. Some archaeologists think the focus of power moved from the hill to valley between different dynasties across centuries. Others hold the Hill Complex was a temple, while the Great Enclosure was a palace fit for kings. None the less, these structures leave a message of immense confidence. We can only marvel at the quality of the ancient walls.

European explorers in the early 16th century described these ruins as abandoned, and regarded by the people as the work of the devil. How could humans have achieved this, they asked. Later visitors plundered the soapstone carvings and gold artefacts they found, and took them away. These may languish, half understood in their colonial museums. However, the mighty spirit of Great Zimbabwe still stands proudly. It is a mighty testament to a mysterious people, and a strangely humbling experience that causes visitors to speak in hushed tones. 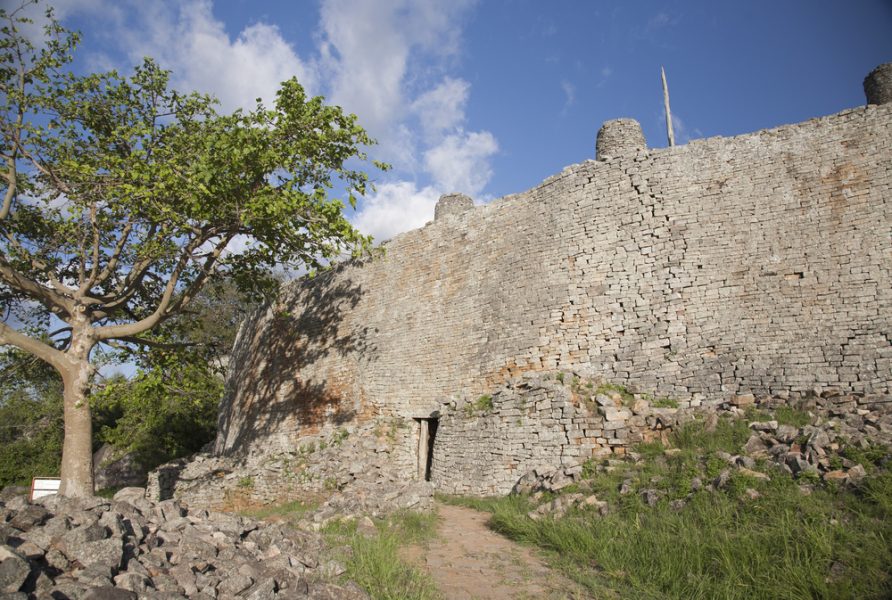 If you’re curious about Great Zimbabwe, why not speak to Mundana about adding it to a southern Africa itinerary?