Armenia’s attractive capital provides a central base for travellers wishing to visit its many monasteries. But the city itself is not without its attractions. With plenty of things to see and do, Yerevan itself is worthy of at least a couple of days’ sightseeing. Here’s what not to miss if you visit Armenia’s charming capital.

Get a breathtaking view of Mount Ararat from Yerevan Cascade 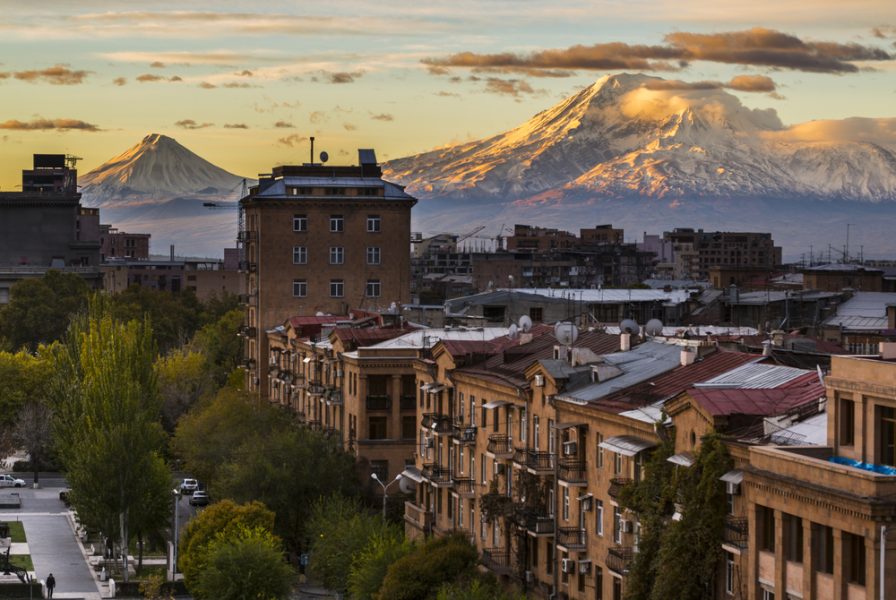 The best way to get your bearings in a new city is to get up high and in Yerevan, that means climbing the steps of the Cascade. This limestone monument is right at the heart of downtown. From the top, visitors are treated to a fabulous view of distant Mount Ararat, over the border in Turkey. As well as doubling as an art gallery, it’s a popular meeting point, so there are plenty of cafes and restaurants nearby. And if you can’t face all those steps, the good news is that there are seven escalators inside which make light work of the elevation gain. 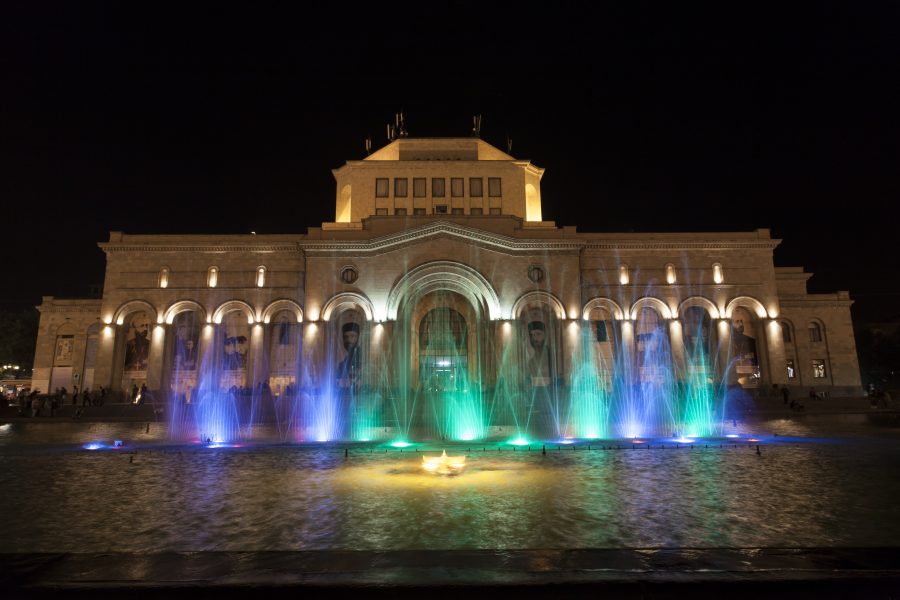 As the day draws to a close, the focus shifts to Republic Square. This vast space is lined with historic buildings which mostly house government departments. You’ll also find the History Museum and the National Gallery. But at night, there’s a sound and light show. Crowds gather to watch the dancing fountains. There’s also a traditional Armenian drinking fountain known as a pulpulak. It’s known locally as Yot aghbyur (seven springs).

Shop at the Vernissage 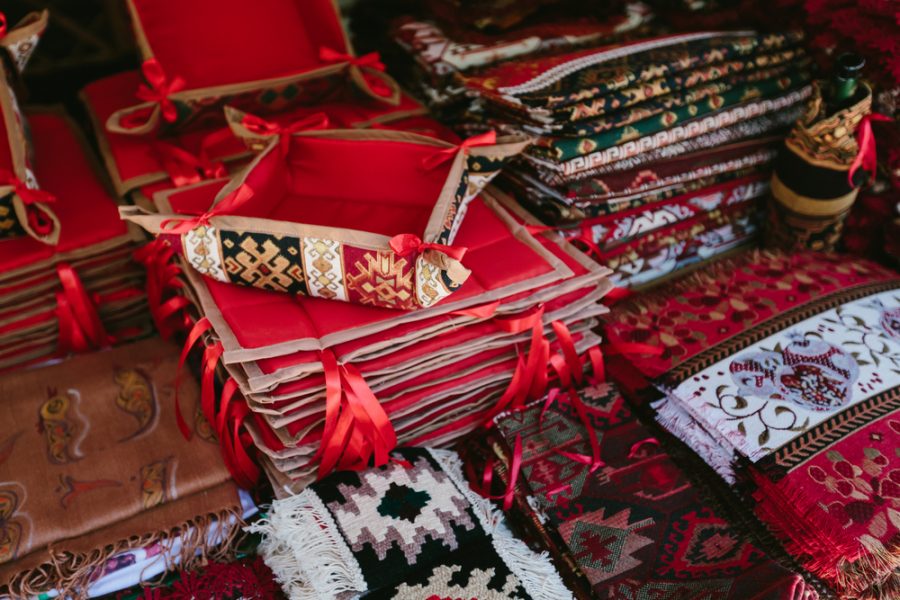 At weekends, stalls selling everything from colourful textiles to Soviet-era memorabilia fill the Vernissage. It extends along Aram and Buzand Streets to Republic Square. Whether you’re keen to buy a souvenir or simply browse for fun, this place should be on every Yerevan itinerary. Pick up local art, rugs, metalware and handicrafts from the friendly stall-holders. 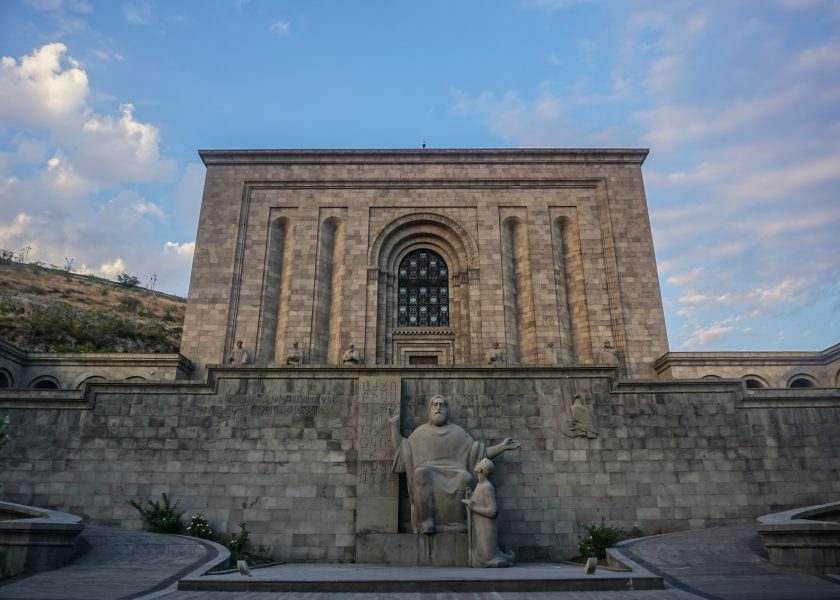 The Matenadaran is more correctly called the Mesrop Mashtots Institute of Ancient Manuscripts. The name comes from the man who invented the Armenian alphabet. Inside, the collection of 23000 books, manuscripts and scrolls, not to mention a further half million historical documents, cover all manner of topics from astronomy to alchemy. For anyone with an interest in the past, this is a compelling insight into the nation’s development. 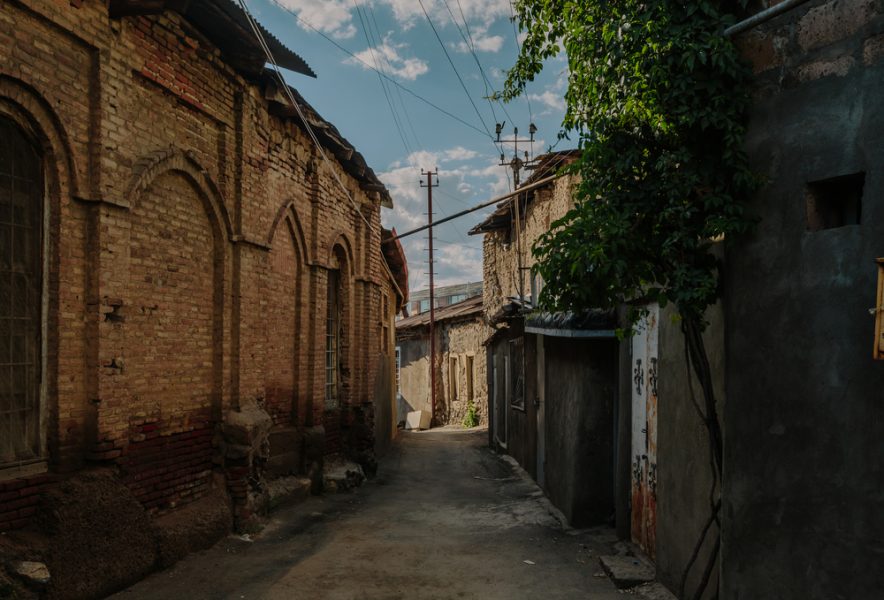 While much of Yerevan is modern, the Kond neighbourhood is a reminder of the city’s past. Wander through its labyrinthine alleyways and winding streets. Pass traditional houses; some of them are derelict or at least well-worn. They were built from clay and small stones, with wooden balconies and ornate architectural touches. Here and there, you’ll see washed sheep wool laid out on the pavement to dry. It’s a place that’s far removed from the cafes of the newer parts of the city, but a fascinating contrast nonetheless.

Find out more about how Mundana can get you to Yerevan by giving one of our expert staff members a call.