India’s historic palaces boast magnificent architectural details and opulent interiors. Some can only be admired from the outside while others have been converted into luxurious hotels. Take a look at our picks of some of the most beautiful Rajasthan palaces. Get planning a dreamy Indian vacation when you’re ready to travel again.

Jal Mahal means Water Palace and this gorgeous property will certainly impress. It sits in the middle of Man Sagar Lake and appears to float on the water. The original palace was finished in 1699 and was built in Rajput style. In the 18th century, it was enlarged by Maharaja Jai Singh II of Amber. Today, much of it remains submerged: four floors are usually hidden beneath the water line. However, what’s left is extraordinary, particularly the contrast in colours between the building and the water. Renovations are ongoing but at present the palace is not open to visitors. Although, you can take a boat trip if you can’t resist taking a closer look.

Amber Fort is a UNESCO World Heritage Site. (It is sometimes referred to as Amer Fort.) This lavish, red sandstone and marble property is simply breathtaking, which is probably why it receives so many visitors.  It sits on a hill overlooking Maotha Lake, from which it gets its water supply. As a result of this location, it also benefits from a cooling breeze. Each of its four levels has its own courtyard. Amber Palace is connected to another complex, Jaigarh Fort, by means of an underground passage. This secret escape route meant that the Maharajas could flee to the safer fort if they felt threatened. 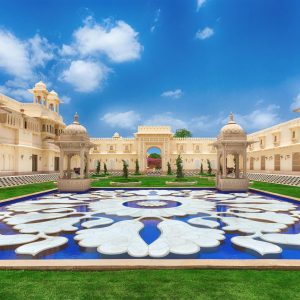 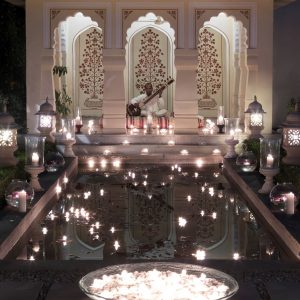 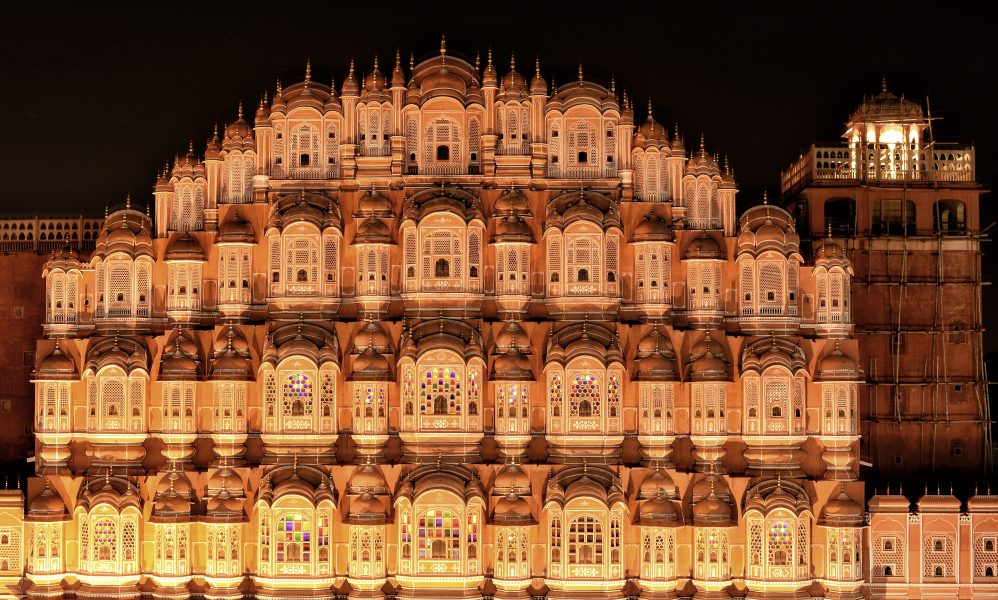 Hawa Mahal translates as “The Palace of Winds”. Its red and pink sandstone facade is stunning. Consequently, it is one of Jaipur’s most recognisable landmarks. Maharaja Sawai Pratap Singh, the grandson of the founder of Jaipur, oversaw its construction. Hawa Mahal consists of a five storey pyramid design. It dates from the late 18th century. Its many windows give it the appearance of lace. However, they are also practical, as they allow the breeze to cool off its inhabitants during hot summers. The Royal ladies benefited from its privacy. They could watch what was happening outside their windows without being seen.  Experience the palace yourself with a visitor ticket. 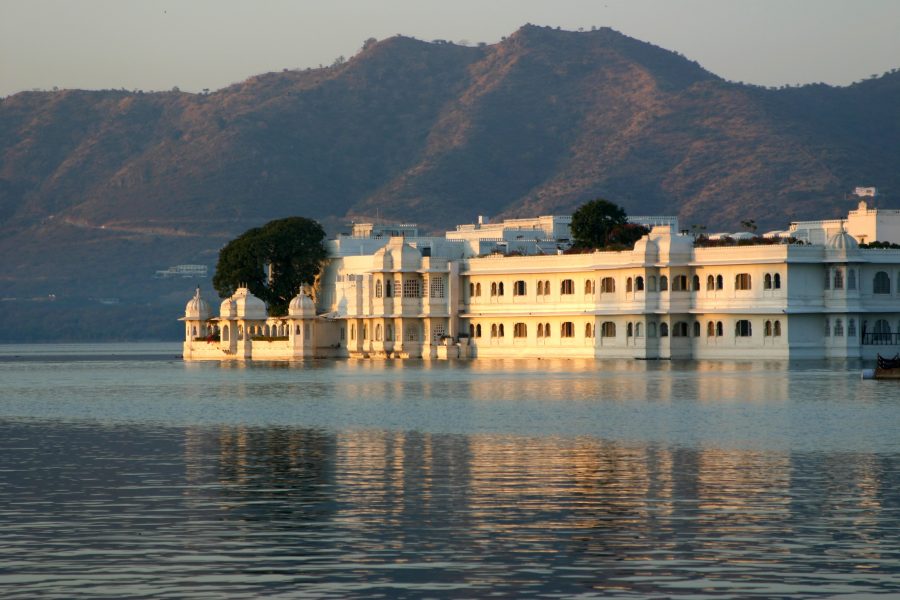 If you’ve dreamed off staying in a Rajasthan palace, then how about this one? The Lake Palace dates from the 1740s. Maharana Jagat Singh II had it built as a summer palace. By locating the property on Lake Pichola, it would be a lot more private. When those who lived there said their prayers to Surya, the Hindu god of the sun, they wouldn’t be seen. Its terraces, gardens and fountains made this a glorious summer resort back then. Today, you can pay for the privilege of that same princely experience. You’ll follow in the distinguished footsteps of past guests such as Queen Elizabeth II and Jacqueline Kennedy.

Plan your Rajasathan itinerary with the help of Mundana’s experts. Give us a call and we’ll help you plan the trip of a lifetime.

India: Temples, alleyways and food for a king (3 Weeks)

India: Temples, alleyways and food for a king (3 Weeks)

India: Temples, alleyways and food for a king

India: Temples, alleyways and food for a king