Ethiopia might not be an obvious choice for a holiday destination. However, adventurous travellers will appreciate its stunning landscapes, rich cultural heritage and fascinating history. Get planning your trip now with these Ethiopia highlights. 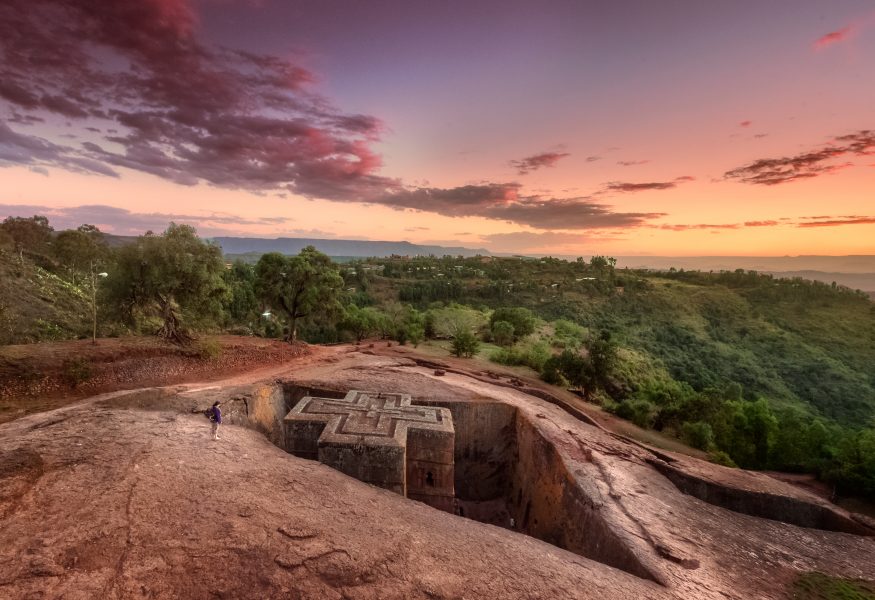 The rock-hewn churches of Lalibela are the country’s most famous visitor attraction. These 11 places of worship, pilgrimage sites for Coptic Christians, were carved straight from the rock in the 12th and 13th centuries and also feature underground tunnels and passageways. They include Biete Medhani Alem (House of the Saviour of the World), which is the largest monolithic church in the world.  Biete Maryam (House of Mary) is likely to be the oldest, while Biete Giyorgis is the best preserved. 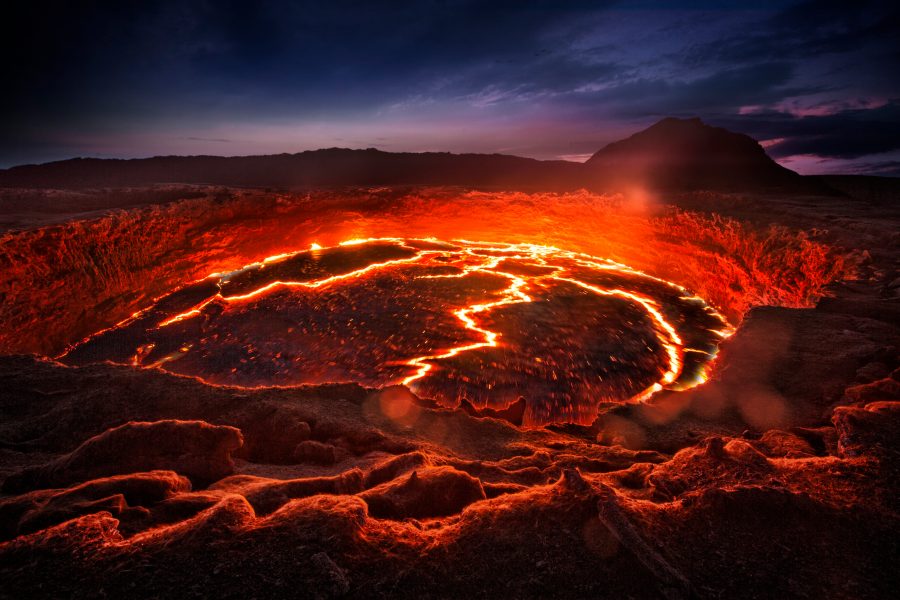 See nature at its most raw with an adventurous trip to the Danakil Depression. In summer, this is one of the hottest places on earth. Temperatures regularly top 55°C. This inhospitable desert is also littered with colourful salt lakes, sulphur springs and gushing geysers, giving it an otherworldly appearance. But the most enticing reason to come is to clap eyes on the Erta Ale lava lake. Locals dub this shield volcano the “gateway to hell” and it’s not hard to see why as it bubbles in front of you. 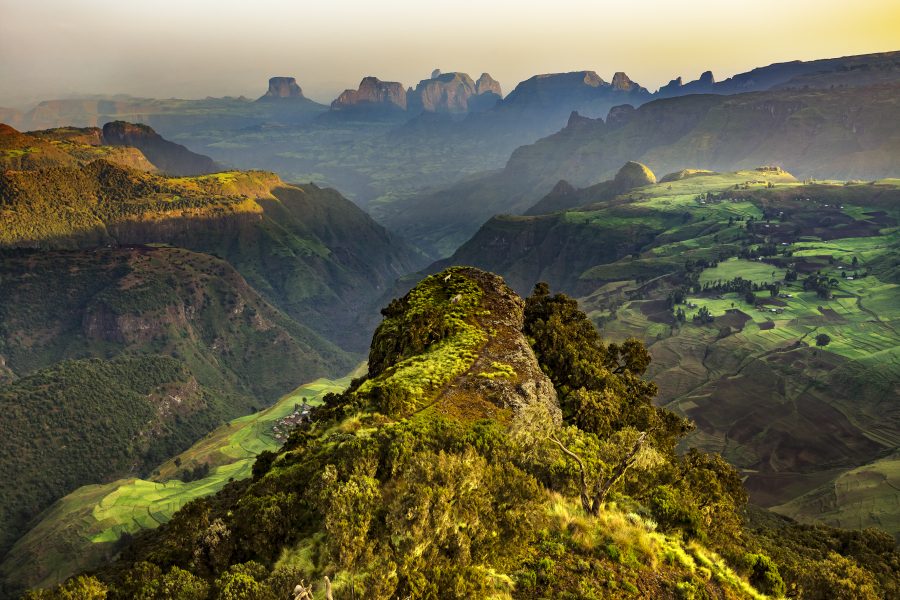 The Simien Mountains is Ethiopia’s largest national park. It can be explored either by vehicle or as a multi-day trek on foot, but however you explore it, you’ll be blown away by its breathtaking scenic beauty. Waterfalls cascade over sheer rock faces and towering peaks add drama. If you’re lucky, you might even spot some of the wildlife, such as the Ethiopian wolf (also called the Simien fox), rare Walia ibex and Gelada baboons. You could also encounter antelopes and jackals, and some of the 130 species of birds that make their home here. 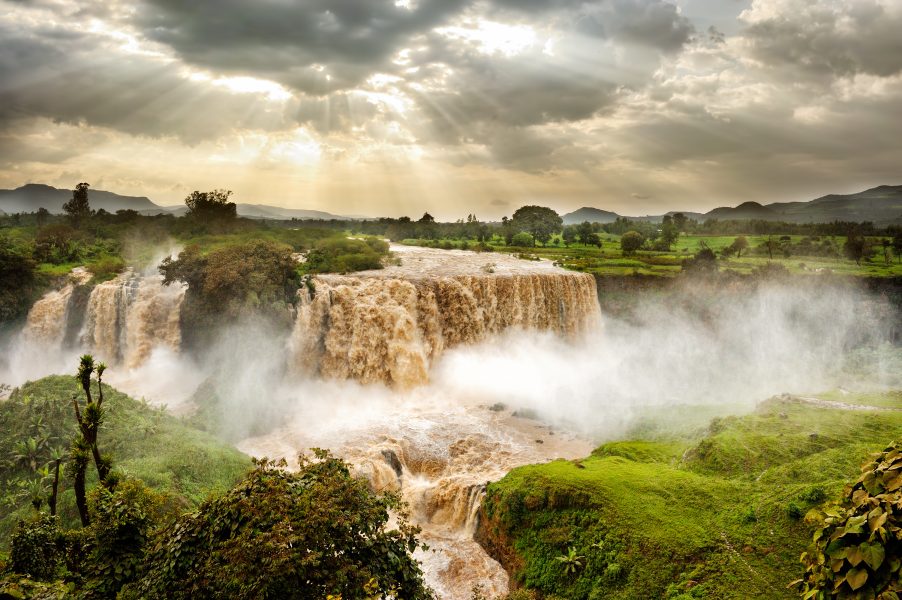 In Amharic, the name of this waterfall translates as “great smoke” which gives you an indication of how much spray to expect. The Blue Nile Falls plunge over a 42 metre high precipice. Hike through the verdant countryside and across a 17th century bridge to reach the falls on foot. Time your visit for rainy season when the volume of water cascading over the falls reaches its spectacular peak. The nearby town of Bahir Dar makes the ideal base for visitors to the waterfall and also to nearby Lake Tana.

The custom of feeding hyenas in Harar dates back well over a century at least. Shortly after dusk, the men who feed these creatures take up their positions just outside the city walls. From there, they call the hyenas for dinner. Some say the tradition started during a 19th century famine, others that looking after these wild animals helps keep evil spirits at bay. Regardless it’s one of the more unusual visitor attractions in Ethiopia and a highlight of their trip for some travellers. 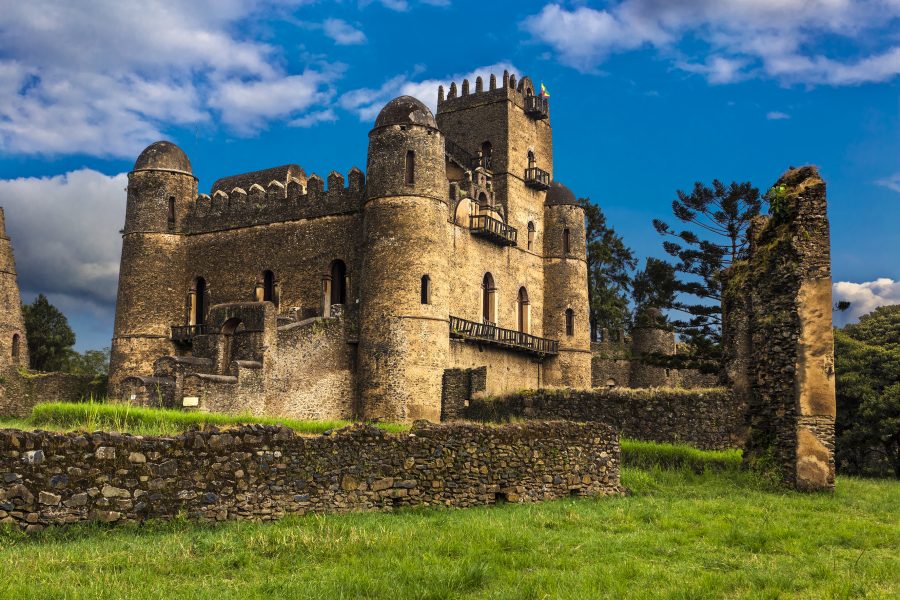 The undisputed jewel in Gondar’s crown is the Fasil Ghebbi fortress and palace compound. This was once the seat of Ethiopian emperors. Emperor Fasilides built a fabulous Royal Compound drawing on Portuguese, Indian and local architectural styles. The result? A castle that’s as unique as it is magnificent. Elsewhere in the city, check out the religious art and frescoes on display in the church of Debra Herhan Selassie. Another must is the Fasilides Baths, where centuries-old badian trees intertwine with the stonework.

Intrigued? Why not ask Mundana’s experts to put together a bespoke Ethiopian itinerary and plan ahead for this trip of a lifetime.