A waterfront vacation doesn’t have to mean a beach holiday. Sometimes, the holiday of a lifetime takes you far from the coast. We’ve put together a list of the world’s best waterfalls to tempt you. Some are impressively tall, others famed for the volume of water that plunges over craggy rock faces. All are worthy of your time – why not take a look?

Forming part of the border between Zimbabwe and Zambia, the mighty Zambezi plunges down a sheer cliff. The river squeezes through a narrow gorge; above it rises the vapour that gives the falls their local name, Mosi-oa-Tunya or the Smoke that Thunders. Hiking trails line the rim of the gorge offering unparalleled views. Spanning the river is a bridge from which brave tourists can bungee jump into the abyss. 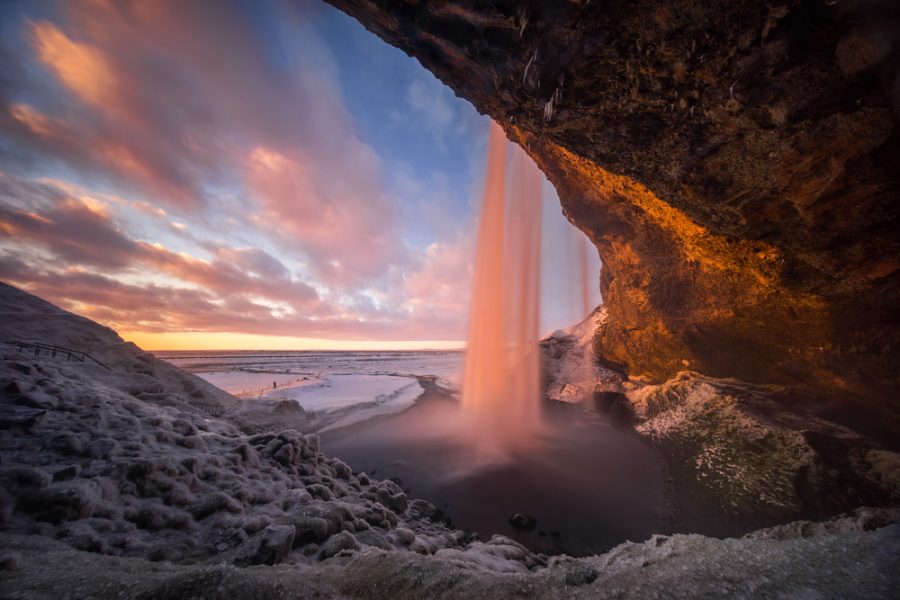 In a country packed with waterfalls, it’s hard to choose a favourite. Seljalandsfoss is unusual in that a path leads behind the falls, providing a unique vantage point where Iceland’s beautiful countryside can be viewed through a curtain of water. Year-round, it’s an impressive sight, and visitors will be pleased to learn that there are several other waterfalls close by, including the impressive Skogafoss.

Around 275 separate waterfalls make up Iguaçu Falls, found where Argentina meets Brazil. Begin on the Brazilian side of the border to take in the impressive panoramas. Next cross into Argentina where you’ll be able to jump on a jet boat to experience the spray from this incredible natural landform. Don’t miss the Garganta del Diablo, or Devil’s Throat, where a stroll out onto the boardwalk will take you to the waterfall’s largest curtain of water. 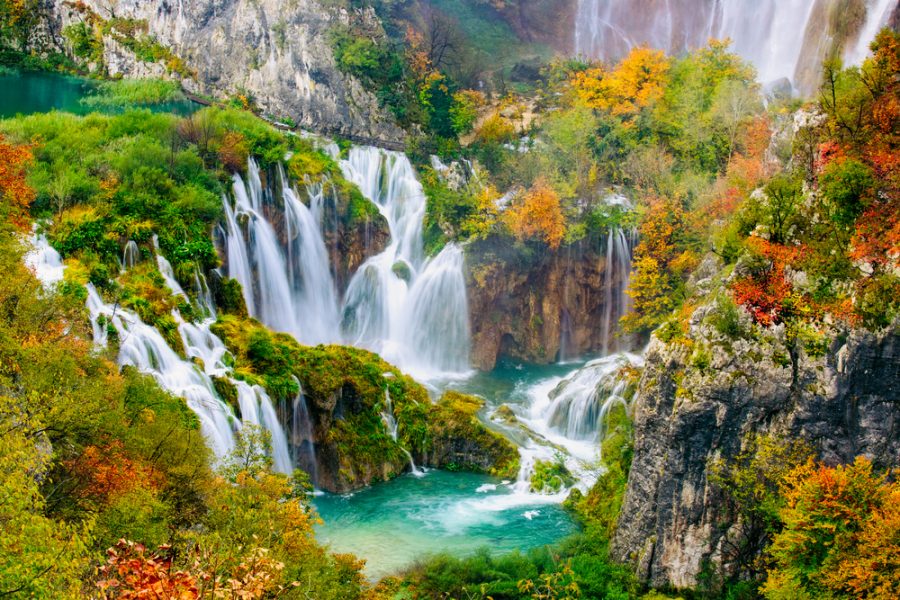 Croatia’s Plitvice Lakes National Park is one of Europe’s most stunning locations and contains more than 90 waterfalls. Among them are Sastavci Slap, a 26 metre high waterfall on the Korana River and Galovački Buk, which is fed by the water of Milino Lake and Galovac as they tumble down into Gradinsko Lake. Veliki Slap, the park’s highest cascade at 78 metres high, is situated at the end of the Lower Lakes and is fed by the Plitvica Potok River. 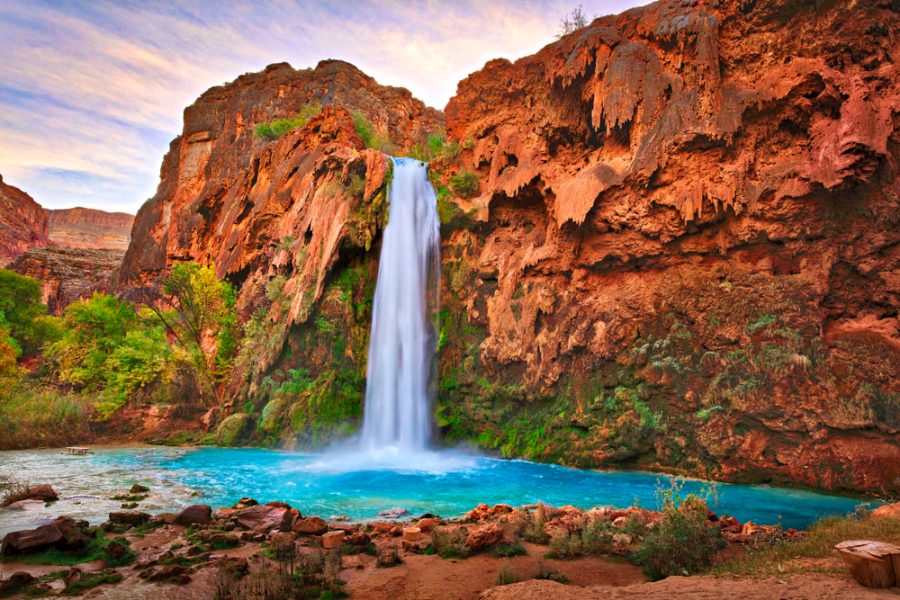 You’ll find Havasu Falls on the creek of the same name in the heart of Arizona’s Grand Canyon. The single cascade drops around 30 metres over the red stone of the cliffs, bringing with it the calcium carbonate which gives the plunge pool below its vivid turquoise hue. It’s no wonder that this place is a magnet for photographers, artists and Instagrammers alike. 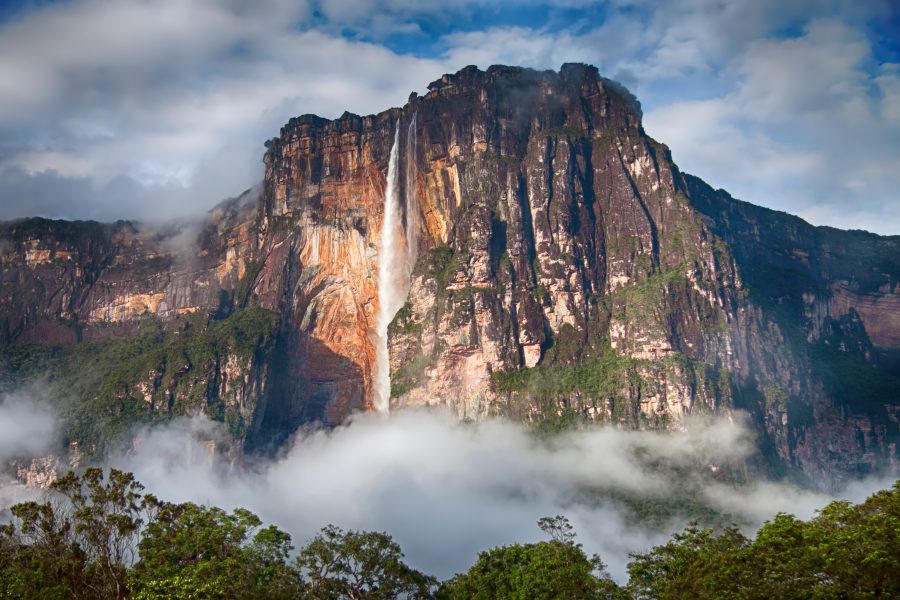 The world’s tallest waterfall when measured by a single, uninterrupted drop is Angel Falls in Venezuela. This breathtaking waterfall hurtles down Auyán-tepui mountain in the Canaima National Park. The longest of its 49 falls drops a mind-boggling 807 metres. That makes it taller than Taipei 101 and One World Trade, and almost as tall as Burj Khalifa. Imagine looking up at that! 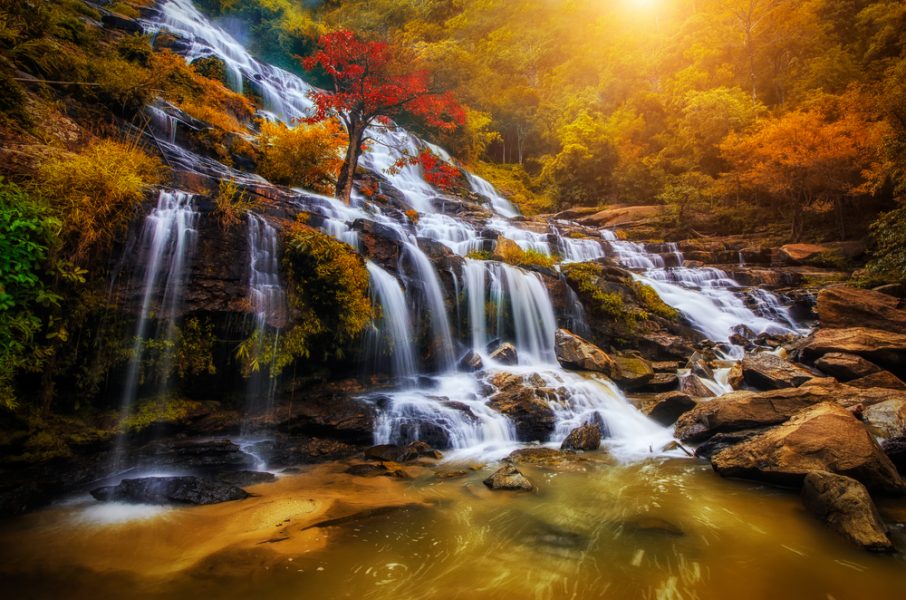 Arguably Thailand’s prettiest waterfall, this fan-shaped water feature can be found in the north of the country in Doi Inthanon National Park near Chiang Mai. Reached by a fairly challenging hike through verdant forest, this oasis in the forest is shaded from the hot tropical sun by the surrounding trees. Best of all, it’s a great place to cool off with a swim.

Ask even a veteran traveller to rattle off their favourite waterfalls. They’ll be unlikely to come up with this one, situated in little-visited Angola in Africa. But if you are intrepid enough to visit this off the beaten track country, then this is surely one of its highlights. Measuring 105 metres high and 400 metres wide, these are among the largest waterfalls on the continent, if not the world. 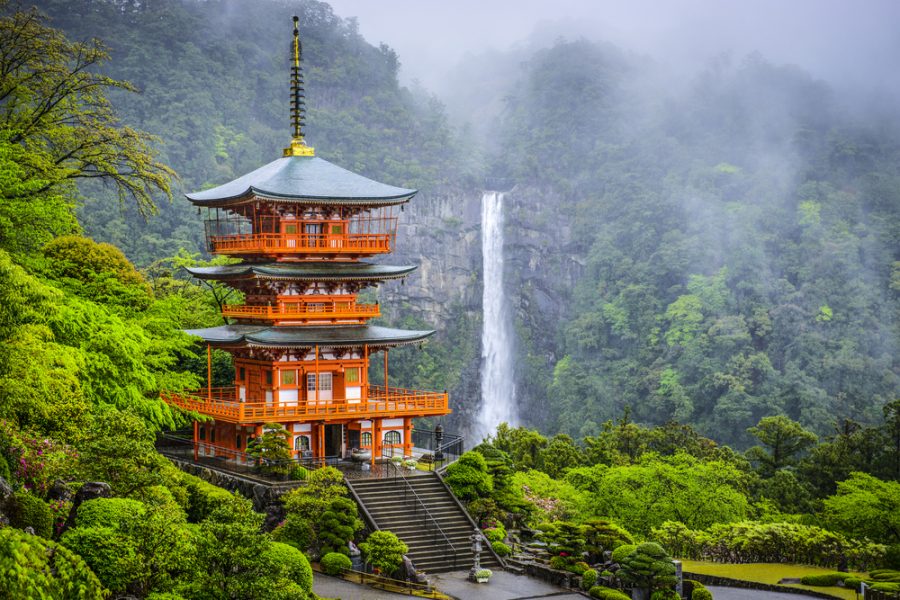 Nachi Falls in itself is not a record breaker, but any waterfall in a setting as exquisite as this is deserving of a place on a roundup such as this. You’ll find it in Japan. Walk the pilgrim route of Komano Kodo in Nachikatsuura, Wakayama Prefecture. You’ll find yourself at this glorious UNESCO World Heritage Site. Access the 133 metre high falls close to Kumano Nachi Taisha shrine and Seigantoji Temple. 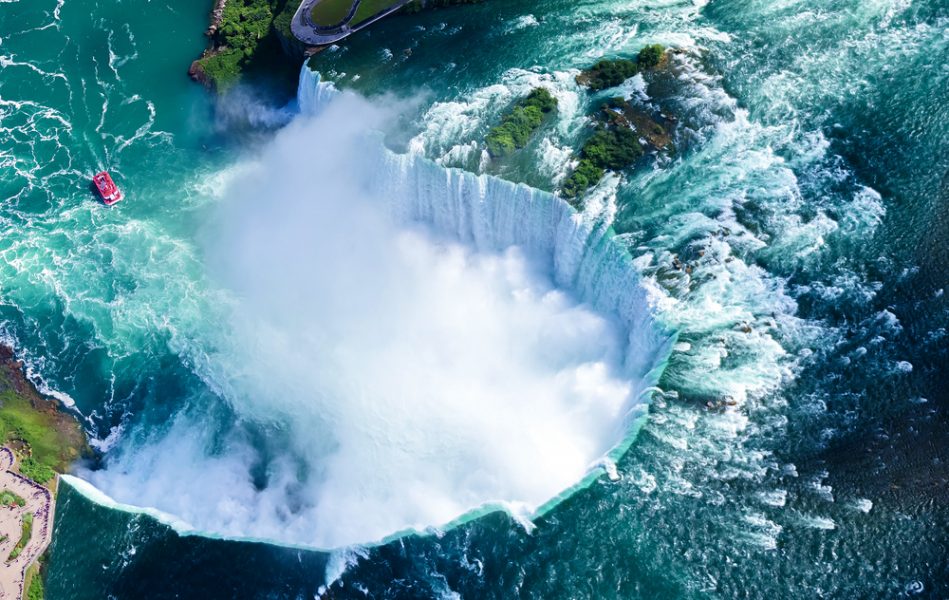 This section of the Niagara River splits Canada from the US. Distinctive Horsehoe Falls is most easily accessed from the Canadian side, where you can walk behind the falls. Admire the crescent from a well-maintained boardwalk. Across the Rainbow Bridge, the American Falls are smaller but still fun to visit. See both from the iconic Maid of the Mist boat which gets close enough to the spray to leave you soaking wet.

If you’re keen to see these or other waterfalls once it’s possible to travel again, do get in touch with Mundana for some practical advice.