The wonders of Turkey’s Cappadocia region

Turkey is, of course, well known for the glorious beaches of the Turquoise Coast, historic Istanbul and the UNESCO-listed ruins of Ephesus, but the interior is a rewarding destination in its own right. That’s never truer than in Cappadocia. Tempted to book a trip? Here’s a rundown of the wonders of Turkey’s Cappadocia region.

Marvel at the fairy chimneys of the Pasabag valley 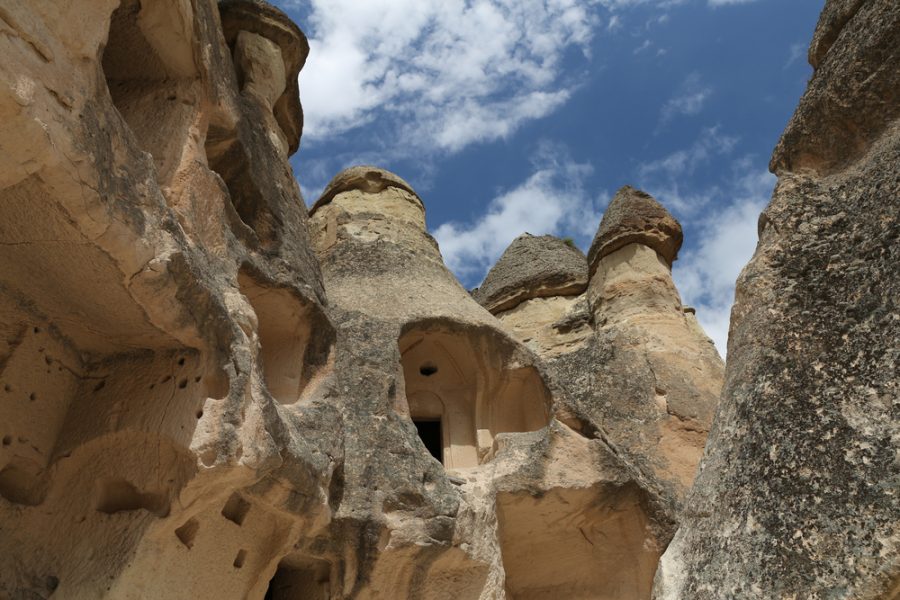 Pasabag translates as Monks, but the rock formations you’ll find there appear irreverently phallic in the eyes of many visitors. These curious rock formations, sculpted by the wind and rain, are known as Fairy Chimneys. The magical shapes are the result of ash falls from ancient volcanic eruptions. The ash solidified into tuff and was covered by a layer of basalt. The softer tuff wore down into pillars, leaving a mushroom like cap of the harder basalt on top. Whether you see the from the ground or from the lofty vantage point of a hot air balloon, it’s an incredible and breathtaking sight to witness so many of these columns in one place. 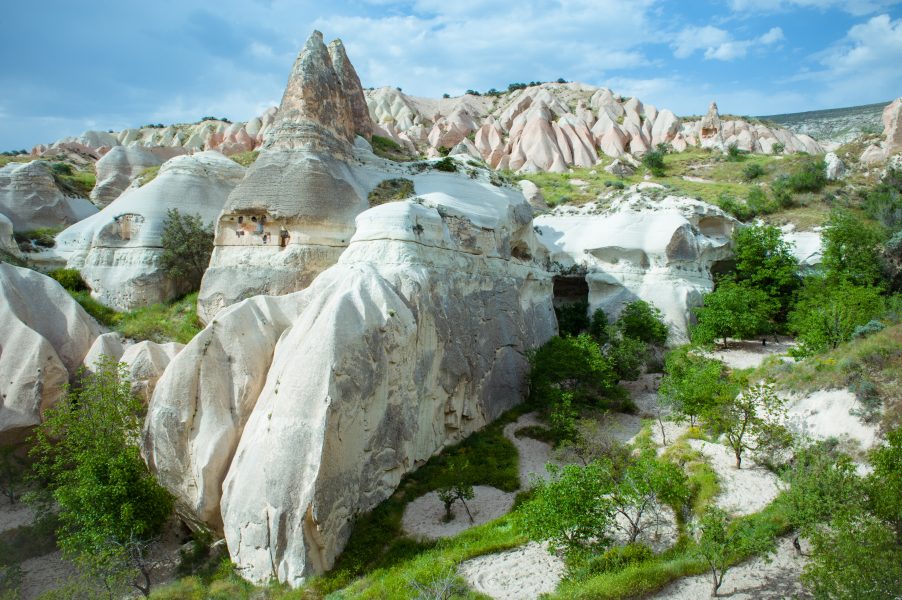 Hiking the valleys around the tourist centre of Goreme is a delight, particularly in late spring. They are popular destinations for day hikers. Short strolls will uncover a landscape littered with riverside trails, ancient rock-hewn churches resplendent with colourful frescoes and fertile groves of apricot trees. In Pigeon valley, a hike between Goreme and Uchisar rewards with views of pigeon lofts and an ancient castle carved into the landscape. Güllüdere Vadısı (Rose Valley) is the one to pick if you’re short of time; the trail leads to Haçlı Kilise, where you’ll see 9th century frescoes in a tiny church reached by a ladder.

Uncover an underground world at Kaymakli 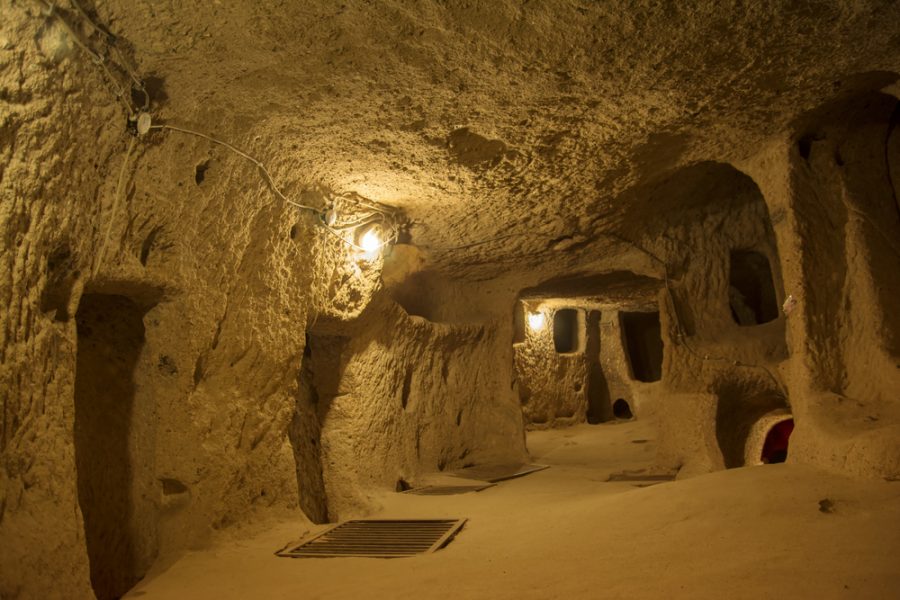 Once Kaymakli Underground City was home to more than 3000 people. In Byzantine times, they were protected from invading Arabs. Even in peacetime, many locals still preferred to inhabit their subterranean abodes until relatively recently. Today, accompanied by a knowledgeable local guide, visitors can descend into four of the eight storey that extend below the ground. Inside, there are homes, stables, wine-making areas and even a church used by a troglodyte congregation. 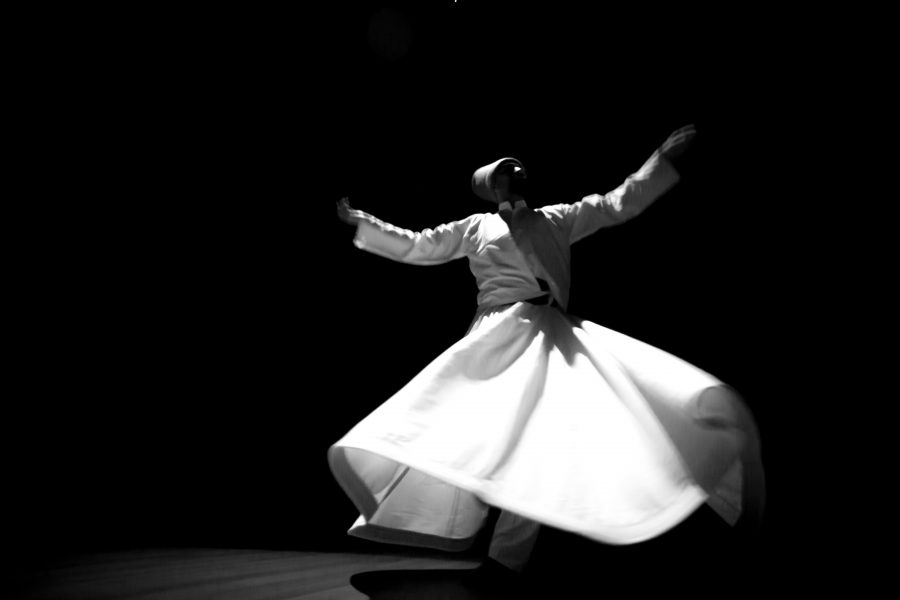 The origins of Sema, the whirling dervishes ceremony, date from the 13th century and are an attempt to complete a mystic cycle to perfection. The principle belief is that everything on this earth revolves. While whirling, arms are open, the right hand pointing upwards to receive God’s gift and the left hand downwards to regift what is received to the poor. In short, this hypnotic pivoting conveys God’s spiritual blessing to the people. Located in an ancient roadside caravanserai (traditional inn), the dervishes’ performance will take visitors on a powerful and emotional journey.

Stay the night in a cave 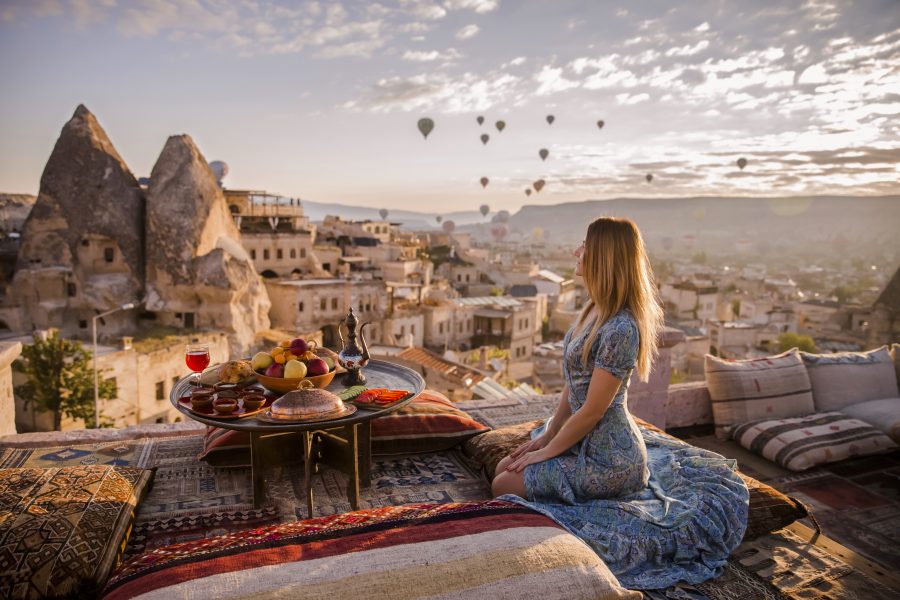 These days, staying in a cave can be a luxurious affair and there’s certainly no need to slum it if you want to experience it for yourself. Many boutique hotels have transformed what were once basic pigeon lifts, store rooms and abandoned dwellings into quirky and characterful accommodation complete with all mod-cons. Base yourself in or around the town of Goreme where you’ll find plenty of choice.

Give Mundana a call if you’d like us to help with your Turkey trip planning.

The wonders of Turkey’s Cappadocia region