The delightful trulli of Alberobello

Puglia, the narrow heel of Italy’s boot, is known for its unique trulli. These cone shaped structures dot the landscape, usually in the countryside beside fields of olive trees. Their original purpose was to serve as farm buildings. The rudimentary, limestone block structures ably protected cows and other livestock from the elements in cold winters. But in Alberobello, trulli cluster in significant numbers in the town itself, drawing day trippers in their thousands throughout the year. The story of why is an intriguing one.

One theory you’ll find promoted offers a plausible explanation. Laws imposed by the King of Napoli stated that permanent constructions would be liable for tax. The avoidance of such expense called for some outside the box thinking. The town’s residents came up with an ingenious solution: trulli. By constructing their dwellings without mortar, they could be dismantled when any would-be tax collector came to town. When the coast was clear, they could be put back up again. Two layers of blocks characterise a trulli. A thicker outer layer covers a thinner inner layer. Overlapping stones form an alternative to a tiled roof. Tiny apertures are left to form windows, letting just enough light in to make the trulli habitable.

These days the majority of Alberobello’s twenty thousand or so inhabitants make their living from tourism. The Rione Monti district houses the densest concentration of trulli. There, trulli line narrow lanes, straggling up the hillside in waves of grey and white. Many house souvenir shops selling olive oil, hand woven textiles and ceramics. Facing Rione Monti is Rione Aia Piccola. In contrast, this is largely a residential neighbourhood. Although, there are plenty of holiday lets scattered among the private homes. After the day trippers have gone, the area can be deceptively quiet. Yet, inside, people are carrying on their everyday business. 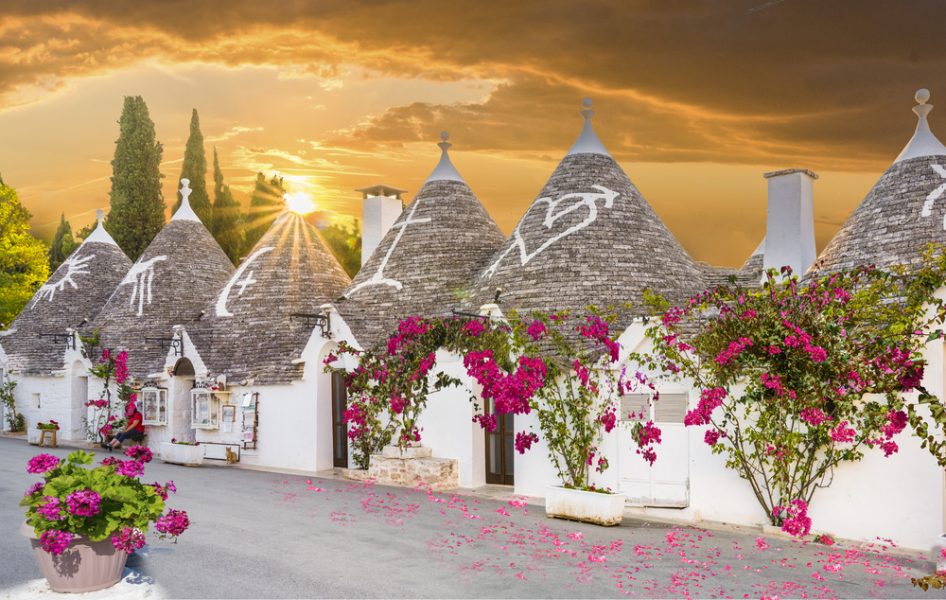 Quirky finds among the densest concentration of trulli in Italy

Some of the trulli have unique characteristics which make them worth seeking out. The Trulli Siamesi, as their name suggests, are two structures which share the same roof. Inside, the rooms are separate. You’d never know you were in something unique. Elsewhere, Trulli Sovrano is the only two storey trulli in town. A flight of stone steps leads to an upper floor. Through it, a trapdoor once opened onto the warehouse below. Fifteen trulli form the excellent Museo del Territorio. There, you can learn about the town and its colourful past. There’s even a trulli church. Its multi-domed interior is an indicator of the trulli cones that replace the usual towers and spires on the exterior. 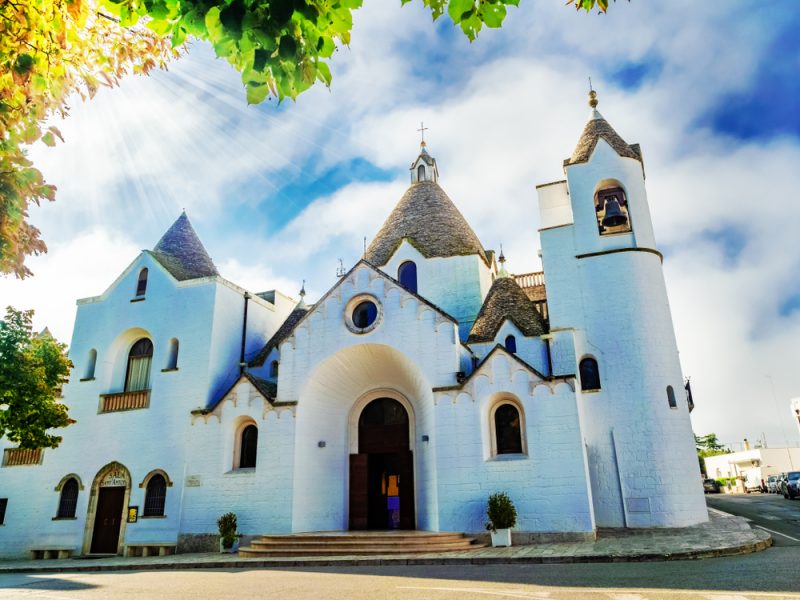 Stay in a luxury trulli

Best of all, it’s easy to find a trulli to spend a couple of nights. Their domed roofs and sloping walls now mostly bear a coat of render. Nevertheless, there’s still something enchanting about sleeping inside one. Travellers seeking a luxury trulli could consider Trulli Anti. Located conveniently a few minutes stroll from both Rione Monti and Rione Aia Piccola, its effortlessly stylish interiors and attention to detail will delight the pickiest of travellers. Underfloor heating and comfortable patio furniture make this an excellent year-round choice. Its location, on an impossibly narrow street, means sleep will rarely be interrupted by passing cars or the chatter of visiting tour groups. Owner Angelo is a natural host, going out of his way to make guests feel at home. 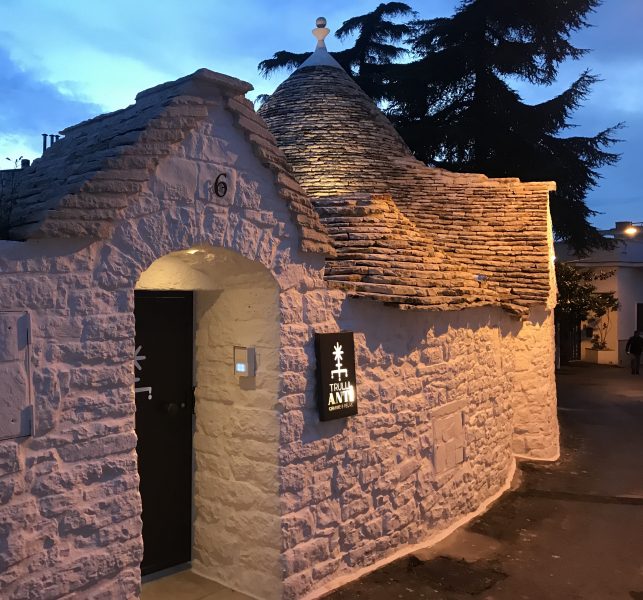 If you’d like Mundana to arrange a visit to Alberobello, the gem of Italy’s Puglia region, then why not give us a call? As a base for a walking holiday or on a wider Italian itinerary, the trulli of Alberobello won’t disappoint.

The delightful trulli of Alberobello