The best railway journeys in the world - Mundana
Mundana

The best railway journeys in the world

When was the last time you took a train somewhere? The world’s best railway journeys await those ready to embrace slow travel. As we focus on sustainability for the health of our planet, rail travel offers many advantages.  You’ll usually travel from a convenient city centre station rather than a suburban airport. Lengthy queues are rare and you won’t have the faff of decanting liquids or taking off shoes. Once the train is on the move, you can be too, getting up to stretch your legs or strolling down to the dining car for a snack.

But it’s the views out of the train window that are the biggest draw. Gaze out as the tracks hug coastal shores, squeeze through picture-postcard mountain valleys or slide into characterful cities. But how will you know where to find the best railway journeys in the world? Just ask Mundana, that’s how.

An epic journey across Australia on The Ghan 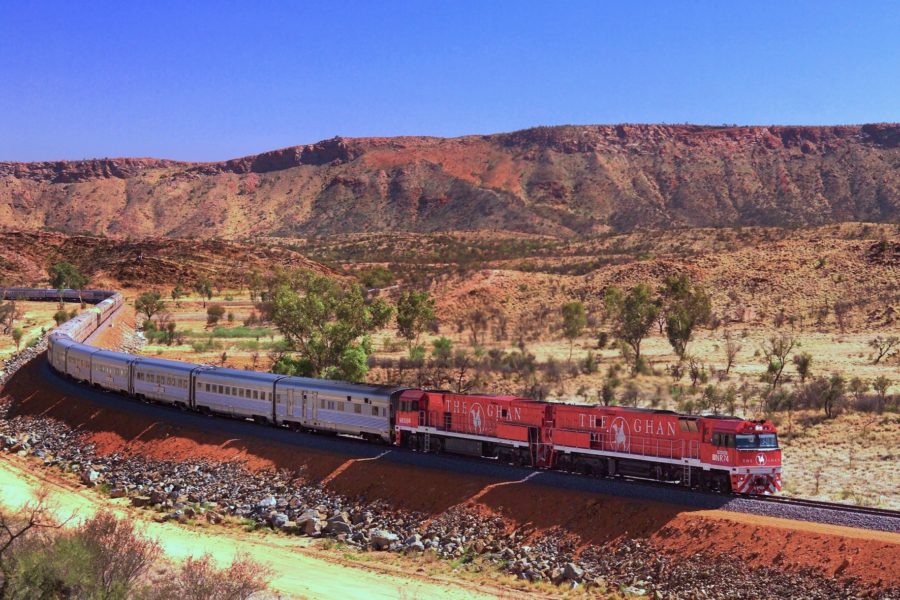 The Ghan is Australia’s most famous train route. The line extends north-south, connecting Darwin in the north to Adelaide in the south. Riding this luxurious train is the ideal way to appreciate the country’s scale and extraordinary beauty. Its name is equally significant, a nod to the 19th century “Afghan” cameleers who ensured outback sheep and cattle stations received essential supplies. Today, over four wonderful days, tourists get to experience some of Australia’s finest scenery. Stop offs include a tour of the opal mines of Coober Pedy, dinner under the stars at the historic Telegraph Station in Alice Springs and a river boat cruise along the breathtaking Nitmiluk Gorge in one of Australia’s most gorgeous national parks.

On the slow train through Sri Lanka’s hill country 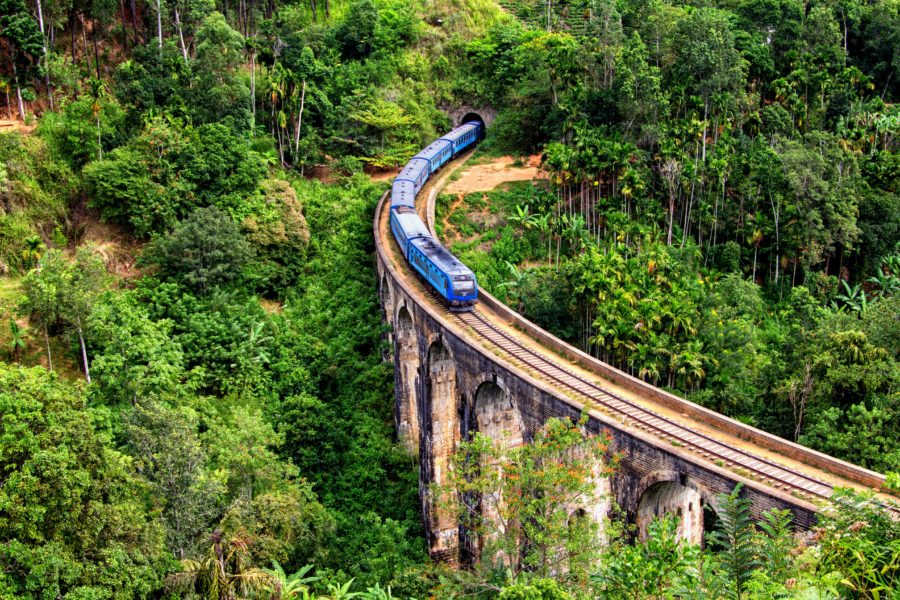 The train that links Kandy to Badulla is a must for any traveller to Sri Lanka. This characterful train in its blue livery winds its way through hills carpeted with verdant tea bushes. Tea pickers clad in colourful saris pluck the leaves by hand and throw them into the wicker baskets they wear on their back. Stop off at the Heritance Tea Factory in Nuwara Eliya, now an upscale hotel, to try it for yourself. It’s a lot harder than it looks. You’ll be grateful of a massage in the hotel spa to ease your aching back muscles. Back on board, enjoy the spectacular scenery with its waterfalls and forested peaks. As the train descends to Badulla, highlights include crossing the impressive Nine Arch viaduct bridge and a cool 360° spiral known as the Demodara Loop, designed so that the train line passes under itself.

Want to add another Asia rail trip to your bucket list? Criss-cross Japan with a rail pass. 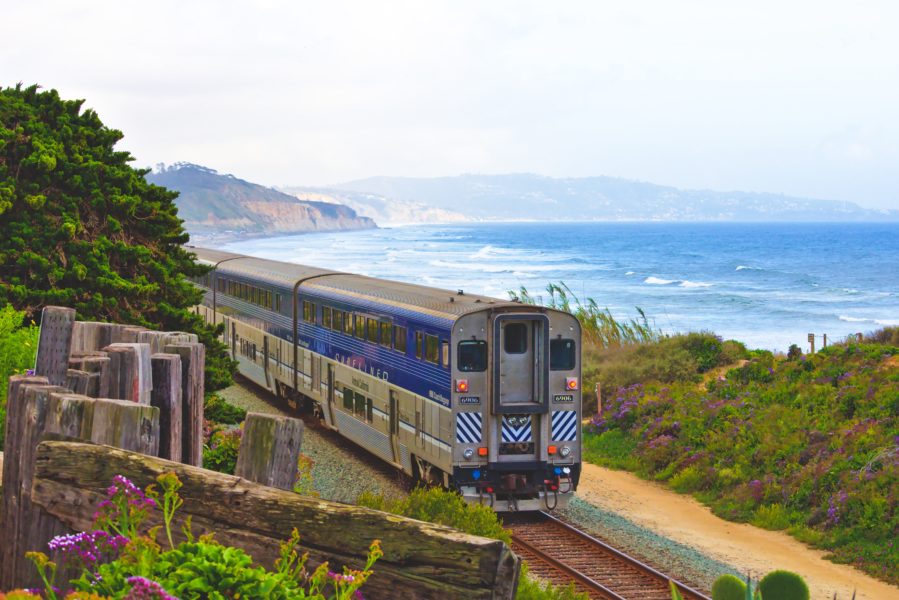 The US might be the home of the plane and the automobile, but its long distance trains have much to offer if you’re keen to take a more unhurried approach. The routes bear evocative names like Southwest Chief, Empire Builder and Coast Starlight. The sleek stainless steel double decker Superliner passenger compartments that grace much of its fleet are every bit as iconic. Choosing where to start is easier than it sounds. Chicago is one of the network’s largest hubs and lines radiate across the country in all directions. Music lovers might catch the City of New Orleans down to the Big Easy, with a stop in Memphis along the way. If sea and surf are more your thing, try the Coast Starlight linking Seattle with LA; the Pacific Surfliner will enable you to continue on to San Diego.

In the mood for another trans-continental escape? VIA Rail will carry you all the way across Canada from Toronto to Vancouver. 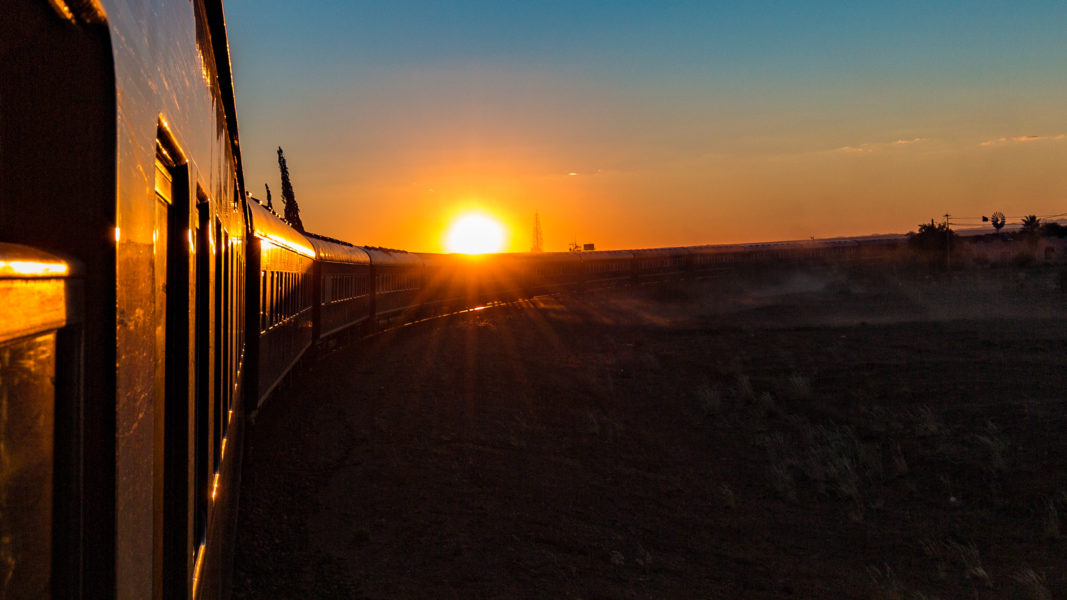 For a true taste of luxury train travel, why not travel through Namibia with Rovos Rail? Passengers set out from Pretoria in South Africa on an itinerary that will lead to wonderful Fish River Canyon, the largest canyon on the continent, and through the atmospheric Kalahari Desert. Near Windhoek, alight to visit a wildlife sanctuary focused on cheetah rehabilitation. Later, there’s a detour by air to the dunes and desiccated salt pans of Sossusvlei, and a game drive to witness the myriad wildlife of Etosha National Park. Back on the train, the journey ends in Swakopmund. This coastal town has a distinct German cultural heritage and is the ideal base from which to visit the Cape Fur seals that congregate in Walvis Bay. 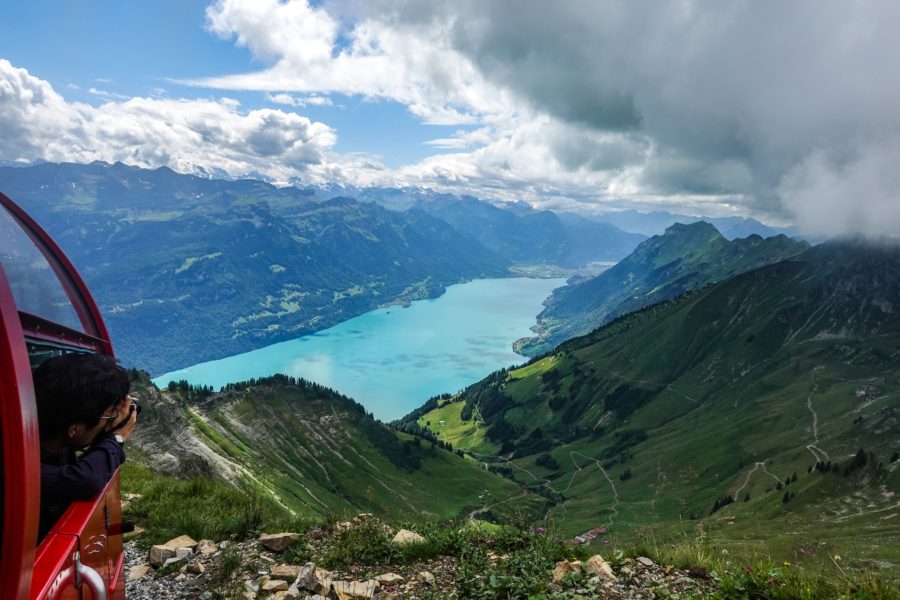 Nowhere in Europe does train travel quite like Switzerland. A widespread and always reliable network of scenic routes connect every corner of this mountainous country. You’ll find the best views at the ends of its cogwheel railways. These marvels of engineering somehow make light work of impossible gradients to reach mountain peaks and high altitude plateaux. Try the Brienzer Rothorn for a stunning view over Lake Brienz and its surroundings. This steam railway has been chugging up to almost 1700 metres above sea level since 1892. Alternatively, Pilatus Kulm, the world’s steepest cogwheel railway, shuttles past grazing cows to a mountaintop café boasting an extraordinary panorama.

Are you in search of La Dolce Vita? Cross the border into Italy and explore by rail.

Ride the Devil’s Nose in Ecuador 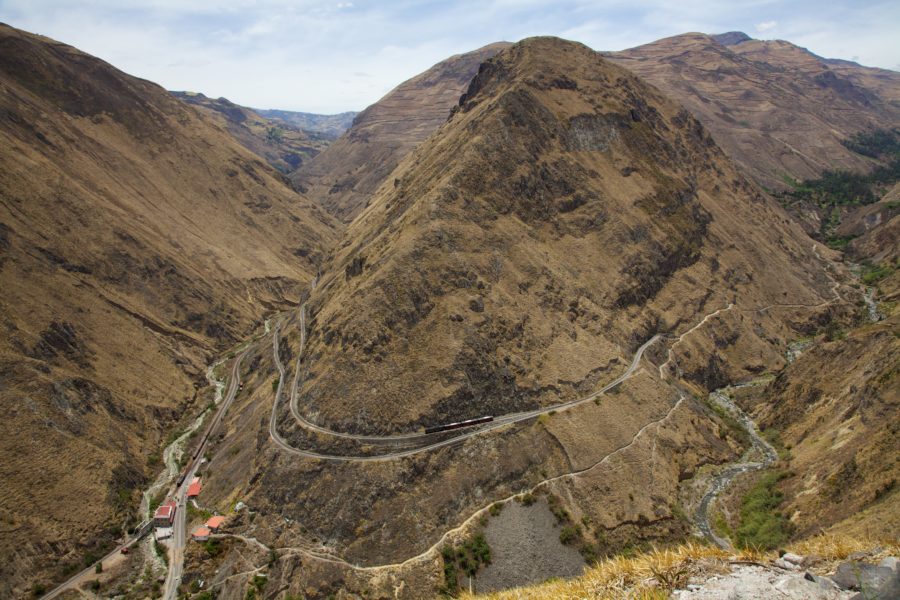 The best railway journeys combine excellence in engineering with awesome scenery and this Ecuadorean route ticks both boxes. Ride the railway they call the Nariz del Diablo, or Devil’s Nose. This incredible train somehow manages to pick its way through an Andean landscape of precipitous ravines covered in scree and riddled with waterfalls. For years thwarted construction plans. Eventually, the line was laid, but even today, it’s a jaw-droppingly bonkers feat. Thanks to a series of switchbacks, the elevation of the track drops about 500 metres over the course of only twelve kilometres. Gone are the days when you were permitted to ride on the roofs of its carriages, yet the thrill of traversing such a breathtaking part of South America is undiminished.

Not enough to satisfy your South American wanderlust? Combine Ecuador with neighbouring Peru and take the train to fabled Machu Picchu.

Keen to book a rail holiday? Read Mundana’s tips for getting the most out of a long distance train ride and then get in touch so we can help you put together a memorable itinerary anywhere we can find you some tracks.

The best railway journeys in the world