Taste the world: global foods to cook at home

International travel might be on hold for the moment, but there’s no reason why you shouldn’t live vicariously through what you eat. Let the kitchen be your doorway to a culinary world. If you’re keen to taste the world, here are our picks for some global foods to cook at home. 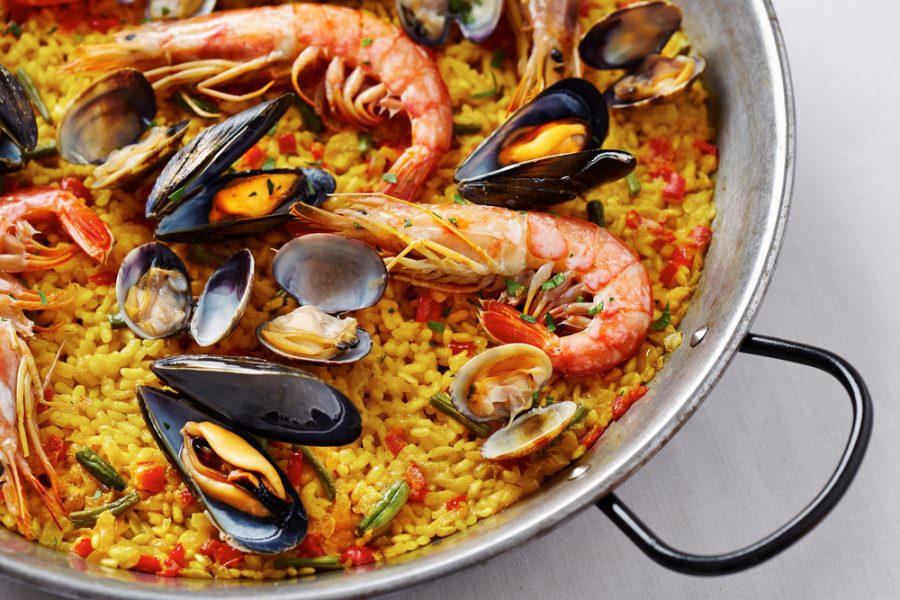 What most foreigners would consider to be Spain’s national dish originated in the city of Valencia and is seen as a regional speciality by most Spaniards. traditionally, it was a tasty mix of saffron rice, vegetables and local meat such as rabbit, duck or chicken. Today, it’s equally common to see the meat replaced with seafood in the form of fresh prawns and mussels cooked in their shells. There are plenty of recipes out there, but this one from Spanish chef Omar Allibhoy is one of the most authentic we’ve seen. 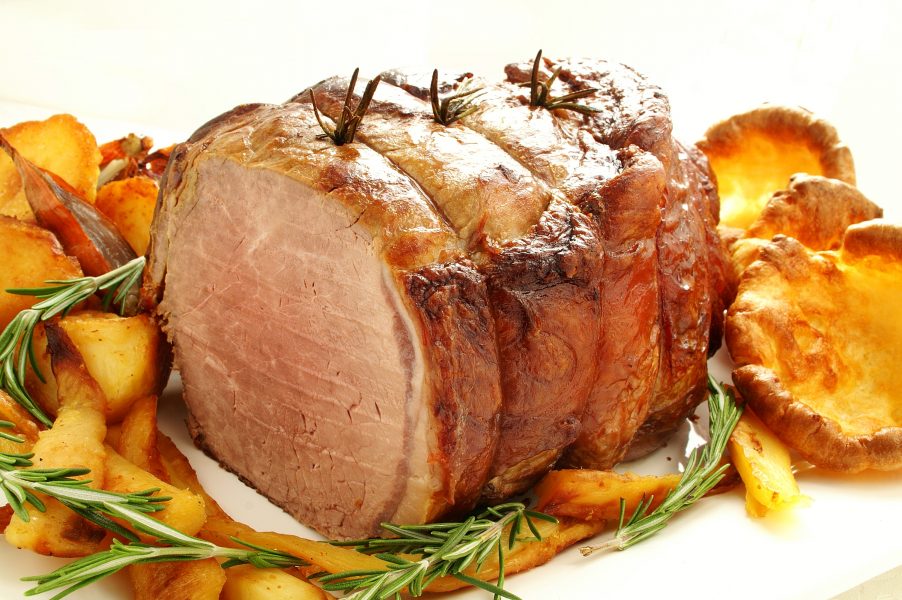 There’s nothing Brits love more than a good old-fashioned roast dinner, with many families heading to a pub to let someone else take care of the cooking. But it’s one of the easiest meals to cook at home. Though timings are important, each element requires very little attention once in the oven. Start by popping a joint into a roasting dish; sirloin, rib and topside are all good choices. Par-boil your potatoes and then finish off in the oven. Mix up some batter from fresh eggs, plain flour and milk to cook some puffy Yorkshire puddings. Finish the plate with a selection of vegetables and a generous dash of gravy. 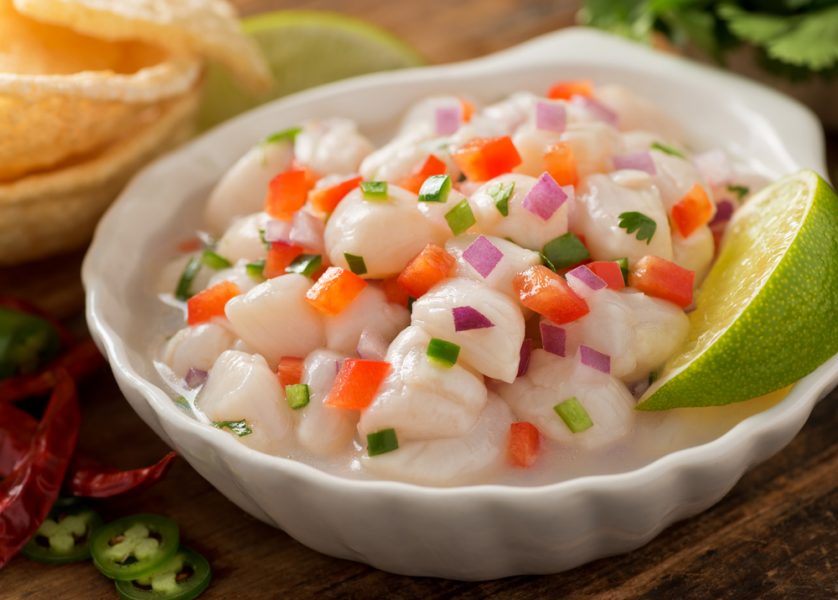 Peru’s long Pacific coastline means that seafood is abundant and cheap. Where better, then, to create a dish that relies on the freshest fish to create a deliciously filling plate of ceviche. In fact, it’s often hard to find a cevicheria worth its salt that stays open into the evening – by then the fish is past its best. The fish is usually a white fish with a firm texture such as corvina, sea bass or even shark. Dice it into large cubes and sprinkled liberally with salt. Finely chop some shallots or onion, do the same with some chilli peppers and and marinate the whole lot in plenty of lime juice. The trick is not to leave it too long. Often ten minutes is all it will take for the fish to become opaque and ready to eat. Garnish with some chopped cilantro and serve immediately. 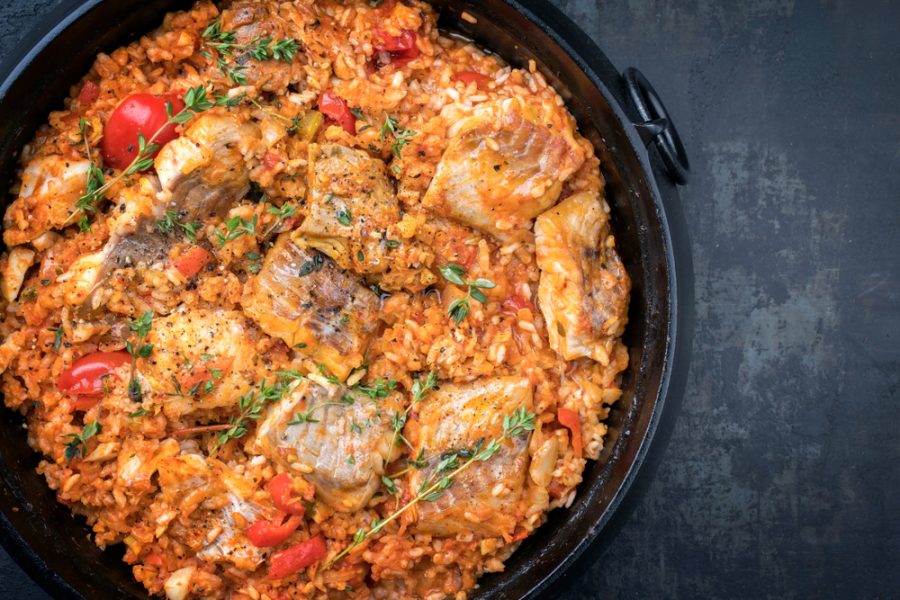 From the USA we bring you a Cajun favourite: jambalaya. Drawing influences from West Africa, France and Spain, this dish is most closely associated with the state of Louisiana. Purists will be keen to point out that there are two distinct types of jambalaya: Cajun and Creole. The latter is a New Orleans dish – originally, Spanish settlers tried to recreate their beloved paella, substituting tomatoes for the saffron they couldn’t source in the New World. In rural Louisiana you’ll find Cajun jambalaya is more common; the main difference between the two is the lack of tomatoes in the Cajun variety. Instead, there’s plenty of crawfish, shrimp, oysters and even alligator meat. 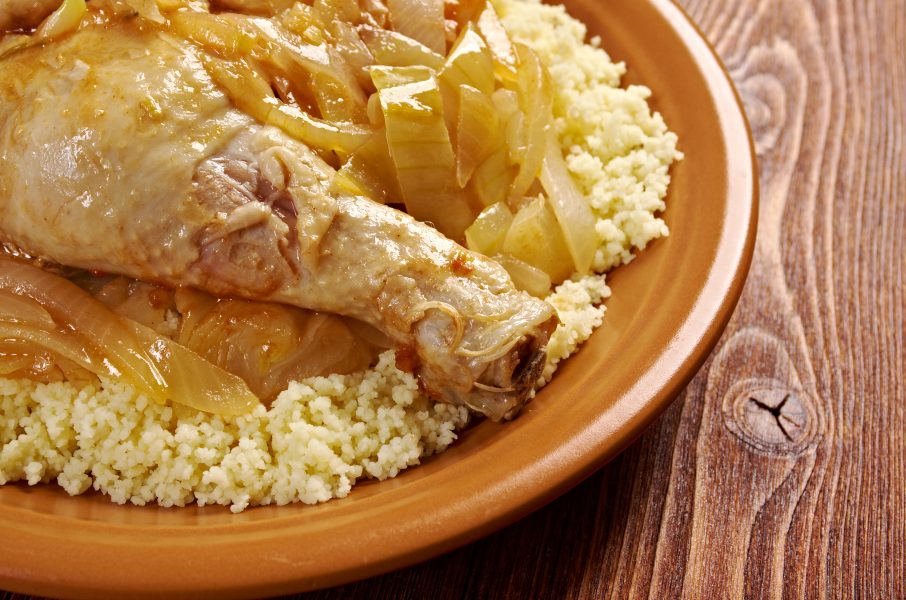 Over to Africa now and in the West African nation of Senegal, the dish of the day is yassa poulet. This again is simple to prepare, though plan ahead as it’s best to leave the flavours to develop overnight. The Senegalese swear by what they call “poulet bicyclette” – the closest translation would be an organic, free range bird that’s been allowed to roam free. Marinate chunks of chicken in sliced onions and freshly squeezed lemon juice. Slow cook the following day so that the onions become translucent and melt-in-the-mouth. Serve with rice in a communal bowl – this dish is just perfect for sharing with friends. 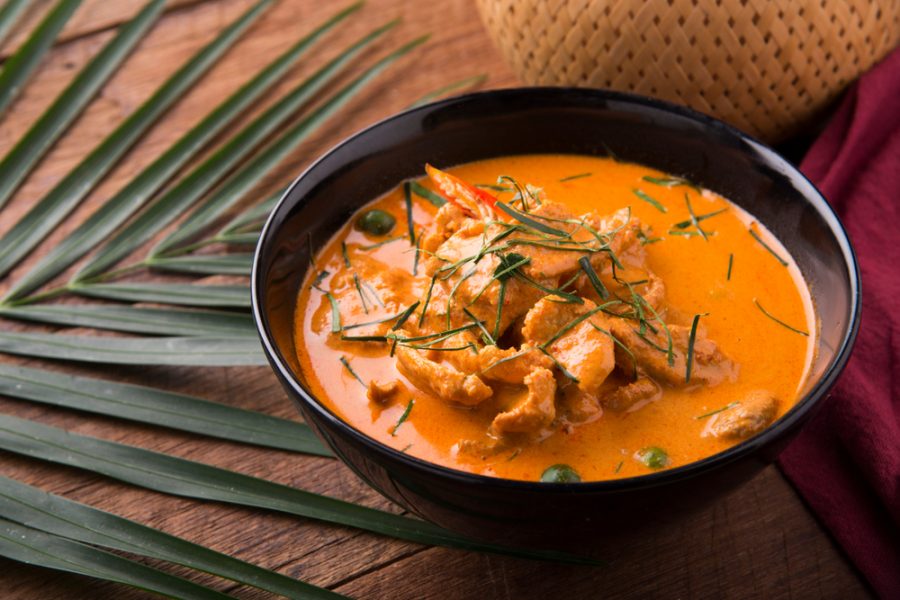 Green and red curries are both popular in Thailand. A traditional red curry, known locally as Gaeng Daeng, utilises meat, curry paste and coconut milk. It makes a dish whose aroma is only equalled by its rich taste and gorgeous appearance – who could resist that bold colour? To enrich the flavour locals add garlic, shallots, chilli peppers, galangal, shrimp, kaffir lime and fish sauce. 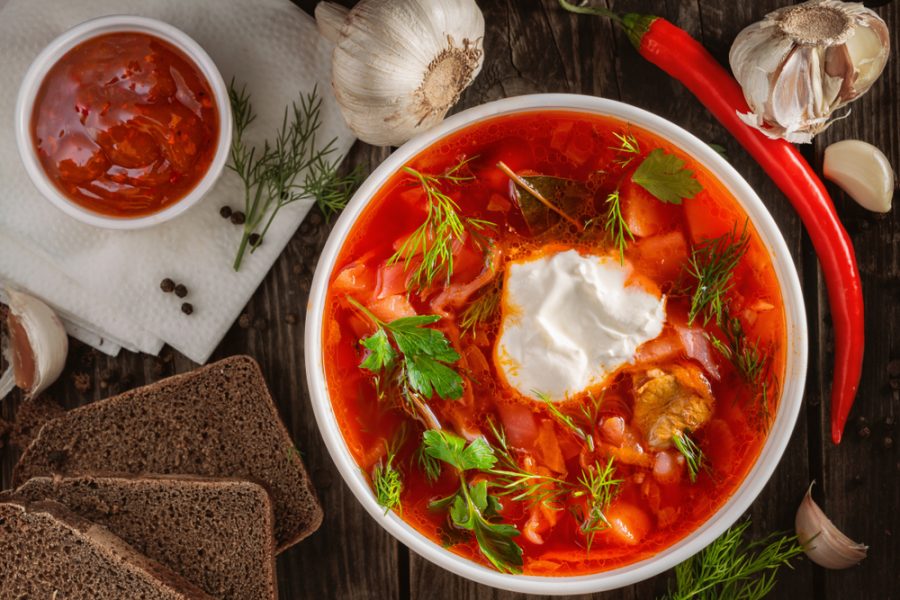 Russia’s favourite soup is a stunning crowd-pleaser. The bright red borscht gets its colour from the beets used to create it. The other key ingredients are some form of meat – usually beef – potatoes, cabbage, carrot and onion. Usually, it’s served with a swirl of sour cream and sprinkled with fresh dill. As a result of the expansion of the Soviet Empire, it’s also commonly found across the former Soviet republics such as those in Eastern Europe, Central Asia or the Baltics. The names might be different, though: in Poland, you’d need to ask for barszcz, while in Lithuania, look on the menu for barščiai.

What’s your favourite dish inspired by your travels? Why not let us know?