Switzerland is best known for its lakes and mountains but beside and between them lie some of the world’s prettiest towns and cities. These will be your base if you choose to tour the country by road or by rail. So here is Mundana’s guide to Switzerland’s top towns and cities.

The Swiss capital is overshadowed by Zurich, Geneva and Basel. Yet, it’s an attractive city and well worth a stop. Albert Einstein lived here in a flat on Kramgasse. The Kindlifresser (or Child Eater) is a terrifying sculpture adorning one of the city’s fountains. But to understand more about the city’s history, you should look to the creatures that lent the place their name: bears. Follow the trail to the Bärengraben, a bear pit that was once the only home to the city’s ursine residents; these days they can also roam in the Bärenparke on the bank of the River Aare. 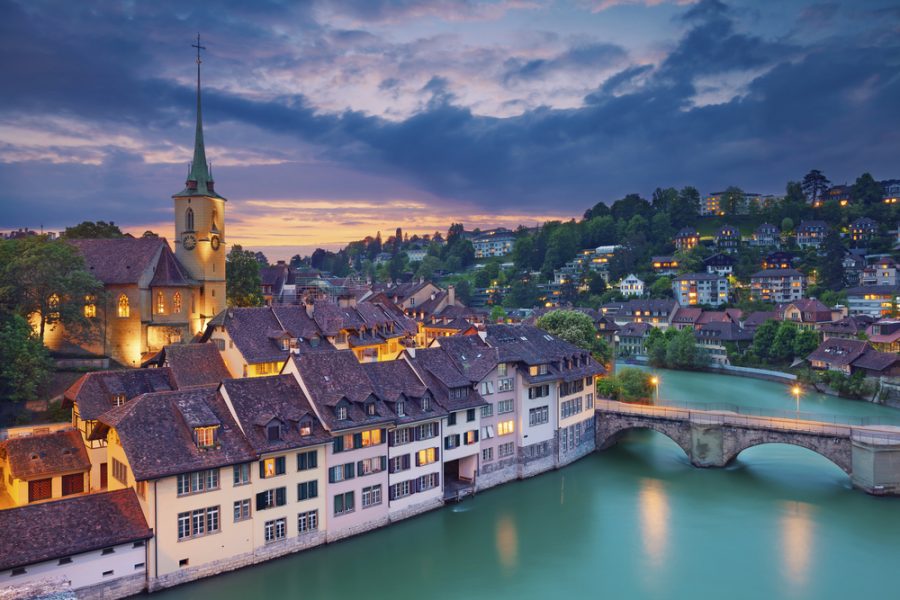 Water plays an important role in Lucerne, too, not least for its most recognisable structure, the Chapel Bridge, a covered wooden footbridge built around 1360. If you’re looking for a boat trip with a purpose, board one heading for Alpenstad. From there, you can ride Switzerland’s steepest cogwheel railway to the summit of Pilatus Kulm. Back in town, don’t miss the popular Kunst Museum, located on the edge of Lake Lucerne close to the railway station. 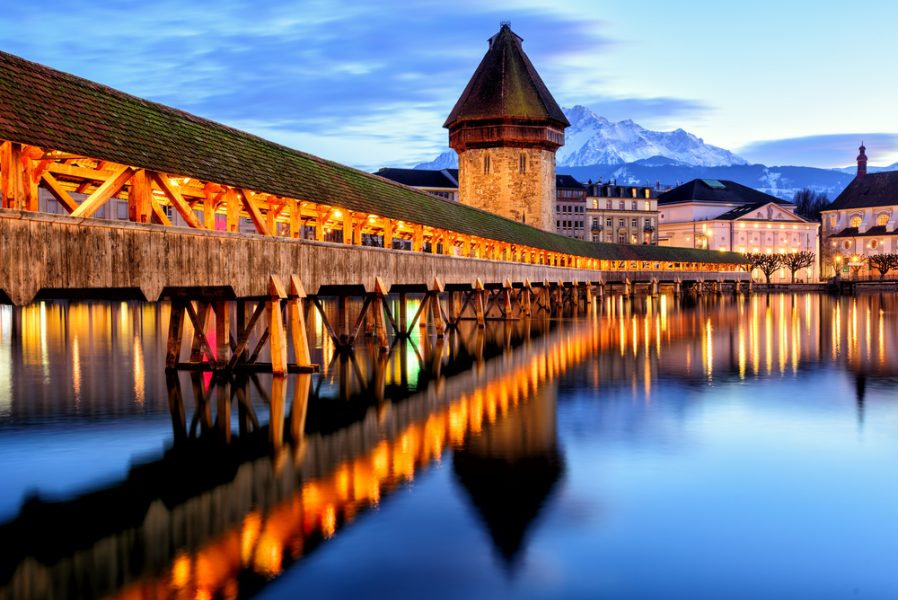 Basel is one of Switzerland’s most elegant cities, brimming with character and history. Gourmands will be drawn to the Marktplatz for a foodie market while art lovers will feel right at home. The 16th century town hall and 12th century Gothic cathedral are two other drawcards. Best of all, Basel’s position, close to the border with both Germany and France, make this a convenient point on a Rhine cruise itinerary or a ski trip. In fact, its airport (serving Freiburg and Mulhouse as well) is actually in France. 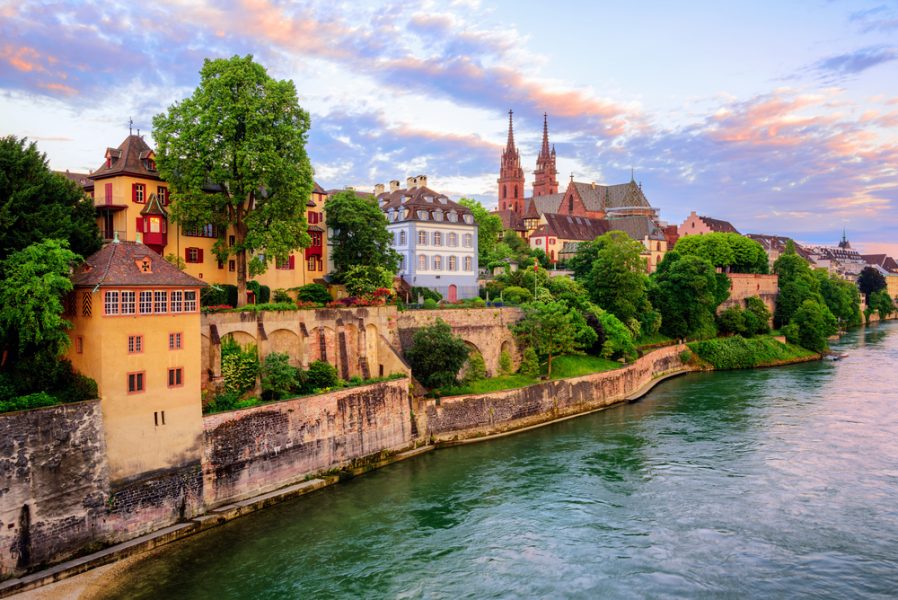 Perched on the bank of the Zürichsee, the city is best known for its guilds. The buildings in which they met remain some of Zurich’s finest, such as the delightful Zunfthaus zur Waag, dating from 1303. The city is also famous for its tradition of watch making. Wander along Bahnhofstrasse, the main shopping street, if you’re keen to purchase one as a souvenir to take home. Zurich has many museums worthy of your time, including the Swiss National Museum which you’ll notice isn’t short of a few traditional turrets and towers. 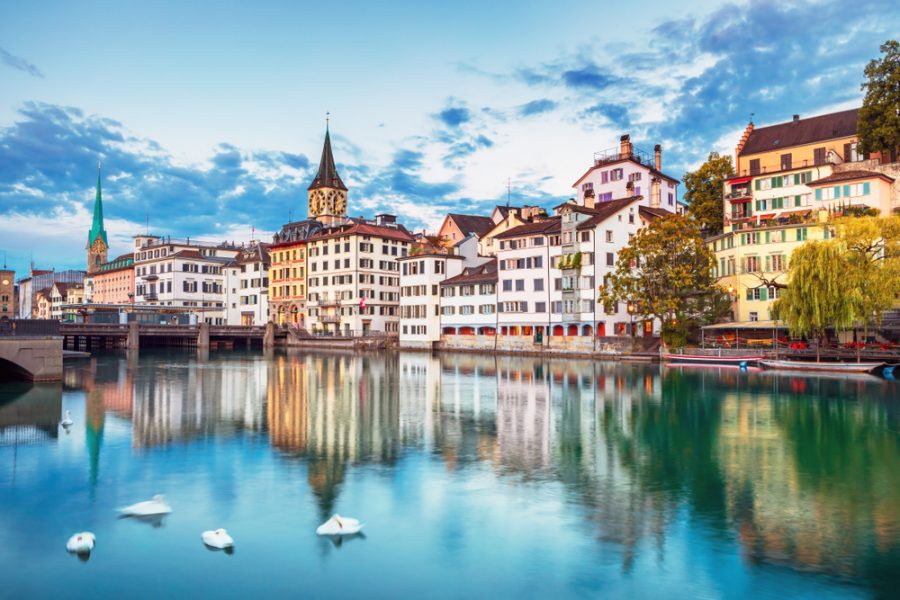 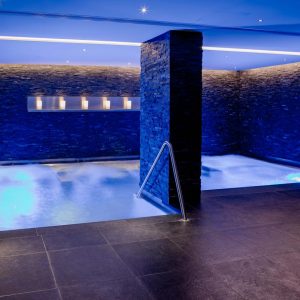 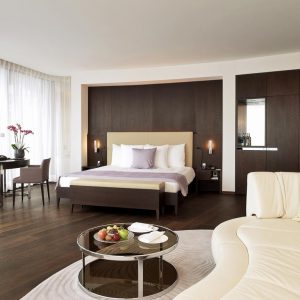 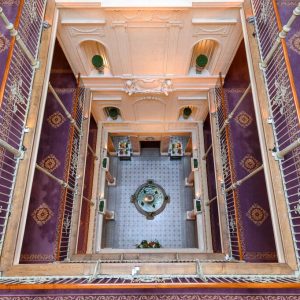 Lugano’s setting, on the shore of the lake which shares its name, is one of the most spectacular in Italy. Board the funicular to add some altitude and take in the views from Monte Brè and Monte San Salvatore. Back at water level, board a sightseeing boat for a trip on the lake or simply sit in the beautiful Ticinese sunshine and enjoy a coffee or an ice cream. Don’t miss the statue of William Tell, a Swiss folk hero famed for shooting an apple off the top of his son’s head.

Midway between Lakes Thun and Brienz, Interlaken is one of Switzerland’s top tourist towns. Though the town is attractive, it’s overshadowed by the two bodies of water and you’ll be keen to get out on a boat trip. From Brienz, across the lake, the country’s oldest steam train hauls you to the top of the Rothorn mountain. From your lofty vantage point, the views are simply breathtaking. Down at the lake, hike to pretty Giessbach Falls for a different side to Swiss nature. 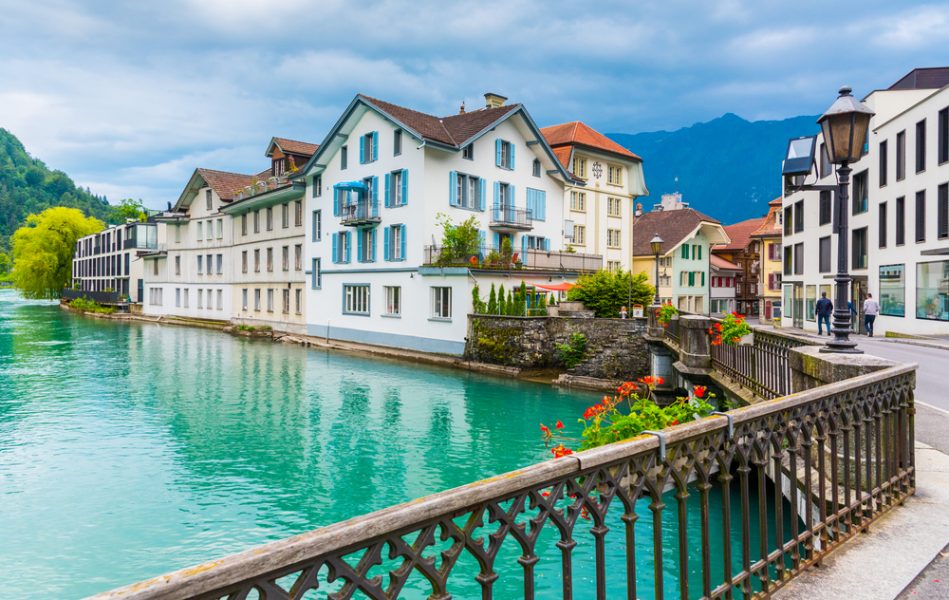 You’ll hear many people talk about Lake Geneva, but it’s a misnomer. In fact, the city of Geneva sits beside Lac Leman. Surrounded by mountains, the city’s setting is a stunner. In the heart of the Alps and the Jura ranges, you can see Mont Blanc from here. The city’s a workplace for those based at the Red Cross headquarters and the European base of the UN, but don’t let that put you off. It’s also a rather splendid base to begin your Swiss adventure. 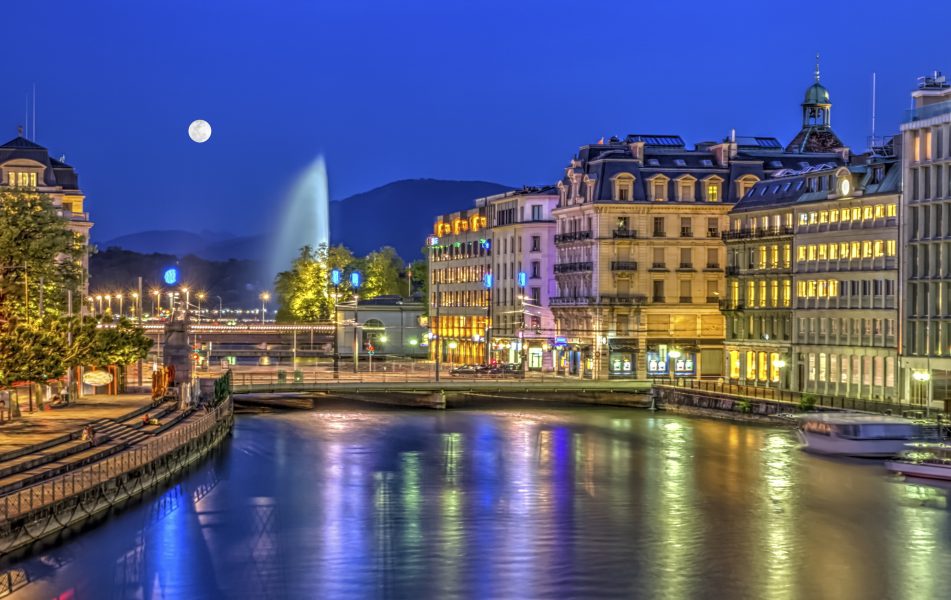 Why not let Mundana help you plan a Swiss getaway? Take a look at one of the sample itineraries found on this site or call us to put together a bespoke tour.