Skye Five: what not to miss on Scotland’s most famous island

The Isle of Skye is linked to the Scottish mainland by a road bridge, which might explain its popularity with visitors. But convenience isn’t the only reason tourists descend on the place – there are distilleries, charming pubs and castles littered all over the island. But the showstopper is the landscape itself, which has a dramatic beauty, with breathtaking views around every corner. Here’s our Skye Five – unmissable highlights to add to your itinerary.

The Old Man of Storr

This landform is probably the island’s most iconic. A rocky hillside looms large from the road as you drive north along the Trotternish peninsula. The Old Man is a rock pinnacle that stands separately, the result of an ancient landslide. A gravel path snakes upwards from the road with a final ascent more of a scramble over a rocky path than a stroll. The views from the top are worth the effort – on a fine day you’ll see the isles of Raasay and Rona as well as a clear view of Portree and the distant Cuillins. 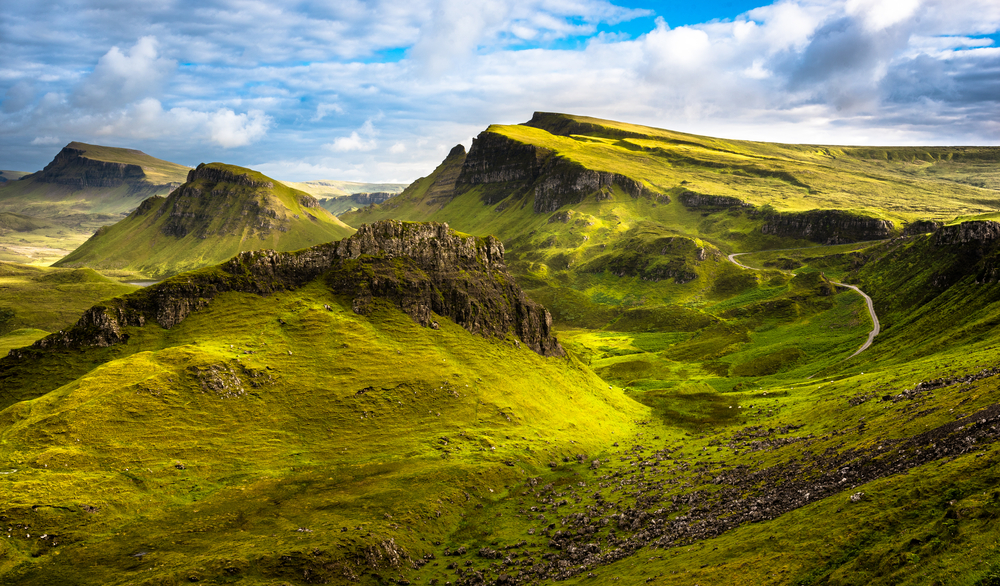 The Quiraing is another land slip, this time on the eastern face of Meall na Suiramach. A narrow, winding road leads up from the coast, rewarding those who can cope with its tight switchbacks and blind bends with an extraordinary panorama. Hike a scenic trail from the road to a rock formation known as the Prison on account of its towering walls. Cross a scree slope and admire the rock columns, the largest of which is nicknamed the Needle because of its tapering point. 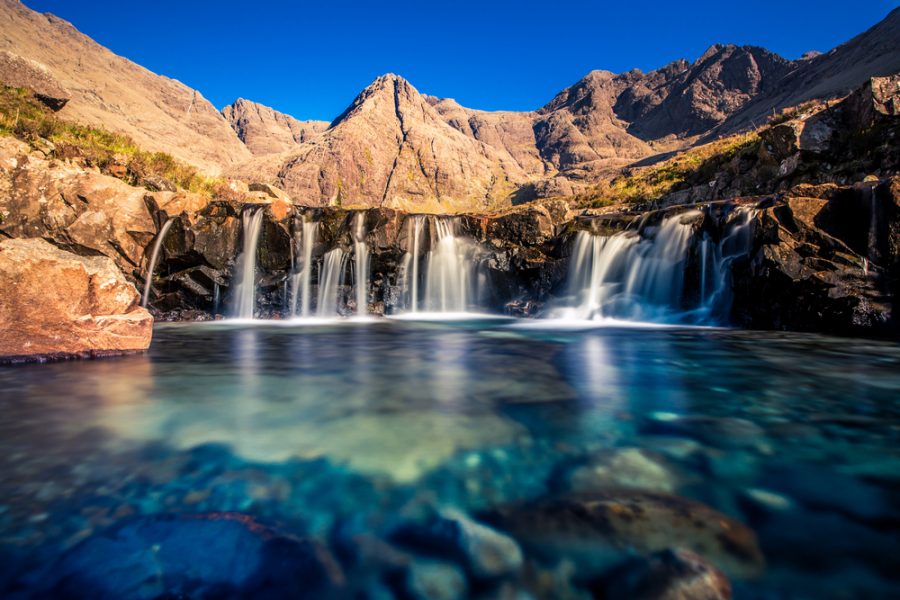 Nature puts on a show in Glen Brittle with a series of waterfalls collectively known as the Fairy Pools. A fairly straightforward hike over rocky and occasionally boggy ground crosses several easily forded streams. It leads to clear water pools which often take on a vivid turquoise hue. The area is most spectacular after heavy rainfall which boosts the waterfalls and creates one of the prettiest sights you’ll see anywhere on the island.

Often overlooked by travellers, the Sleat peninsula is rugged and unspoilt. A circular route leads up and over the hilly interior. It leads to Tokavaig and the ruins of a castle known to locals as the Fortress of Shadows. Dunscaith Castle, to give the place its proper name, was built by Clan Macdonald on an offshore rock. The causeway has suffered a partial collapse, but if you’re careful it’s still possible to edge your way across. A few miles further on you’ll find one of the best beaches on Skye, a sandy bay in the village of Ord. 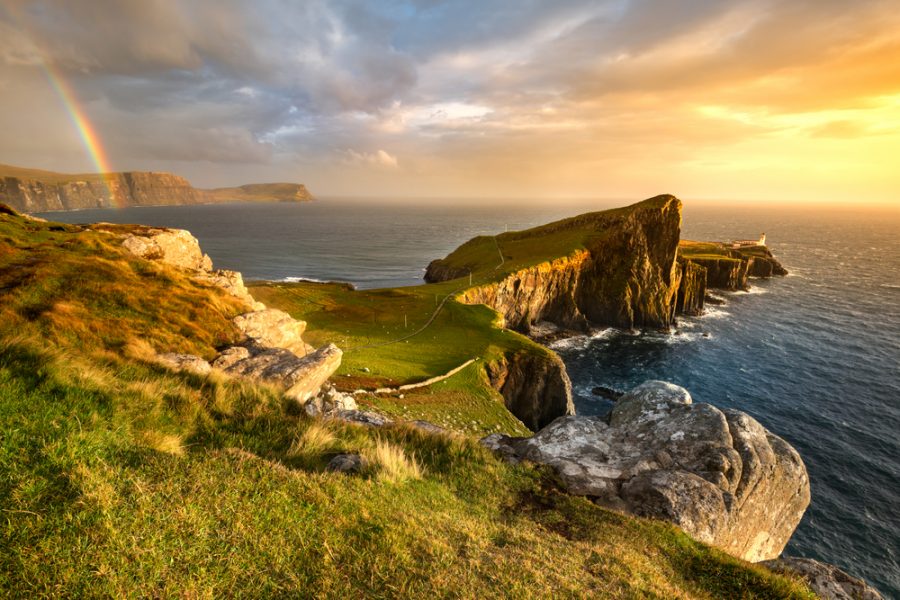 There’s been a lighthouse on Neist Point since 1909 – you’ll notice the aerial ropeway used to winch supplies to the lighthouse and adjacent cottages. It’s Skye’s most westerly headland, making this the most popular place on the island to watch the sunset. It’s advisable to get here early to snag a parking spot. If you’re lucky you’ll catch a glimpse of the minke whales that frequent the seas in these parts in summer. Regardless, unless it’s cloudy there’s a fabulous view of the Outer Hebrides.
Skye welcomes visitors year-round. If you’d like to be one of them, get in touch with Mundana today to plan your Scottish vacation.