Few places on the planet make such an impression as the city of New York. It may not be the capital of the USA but it’s easy to see why some dub it the capital of the world. But where to start? Here’s a few ideas for your New York bucket list.

Peer out from the Statue of Liberty’s crown

It takes a bit of forward planning to access the crown of the Statue of Liberty. Ticket numbers are strictly controlled and you’ll need to book ahead of schedule to avoid disappointment. Inside, the climb up the double helix spiral staircase isn’t for everyone and in New York’s sultry summers, getting to the top can be a sweaty and uncomfortable process.

That said, it’s one of my favourite touristy things to do in the city. You see, the 19th century city was built on its immigrants, most of whom arrived by ship. Peering out from the tiny windows to the harbour beyond gives you a sense of that maritime location, while emphasising just how tiny and insignificant you are. Allow plenty of time to head out to Liberty Island as the boats call in at Ellis Island on the way back to Battery Park. You’ll gain a better understanding of the hardship and sacrifices that were made by the immigrants when you listen to their stories in the place that processed them right off the boat. 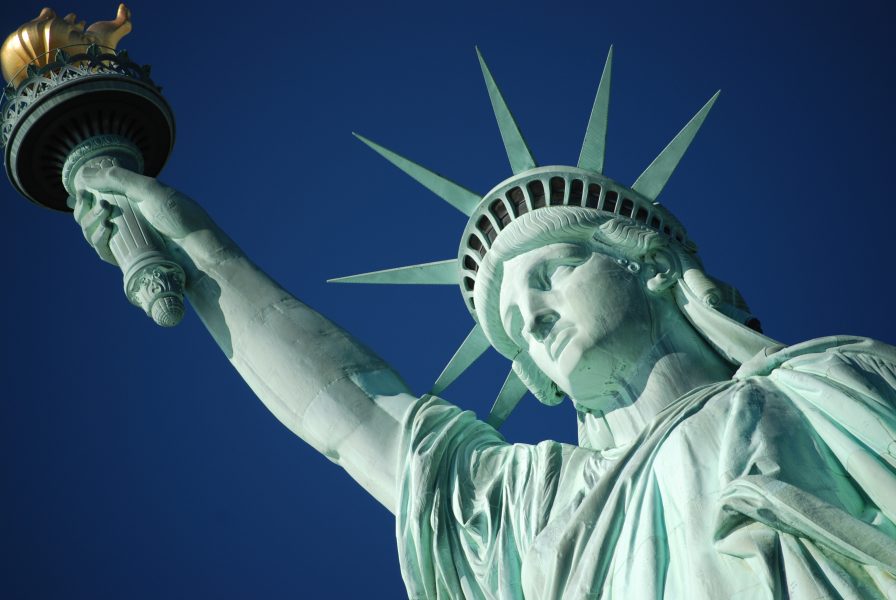 Looking out from one of the city’s skyscrapers over the New York skyline is essential viewing for a first-time visitor – it’s how you’ll get your bearings, after all. Choose from the Art Deco glamour of the Empire State Building, the glass-rimmed view from the Top of the Rock or the tech-driven Freedom Tower. Newcomers include Edge, with its vertigo-inducing outdoor glass observation deck, and arty Summit One Vanderbilt, where you can ride the world’s largest glass-bottomed elevators. All have their merits, and their fans. Take in the view: the bridges bringing endless traffic over the Hudson and East rivers, a grid of avenues and cross streets teeming with iconic yellow cabs, the vast green rectangle of Central Park which forms the city’s lungs. But look again, at the architectural detail in the buildings, the rooftop gardens, the boats that come and go from the city’s piers. This is a city which rewards the return visitor – the more you get to know it, the more you’ll love it. 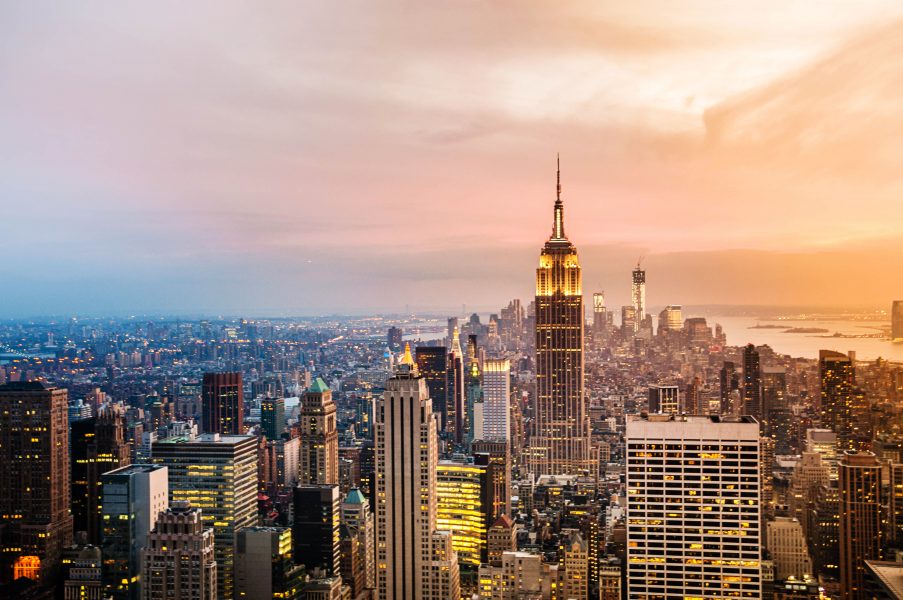 The Lower East Side is a must for foodies keen to explore the district’s Jewish heritage. Nowhere does kosher food quite like Katz’s delicatessen and it doesn’t get any better than a huge heap of warm pastrami sandwiched between two slices of rye bread. The place is a firm fixture on the tourist trail, thanks to the Meg Ryan and Billy Crystal movie “When Harry Met Sally”. But don’t let that put you off. The food’s as good as it gets here, and the clientele boasts local cops and firefighters as well as visitors from overseas. 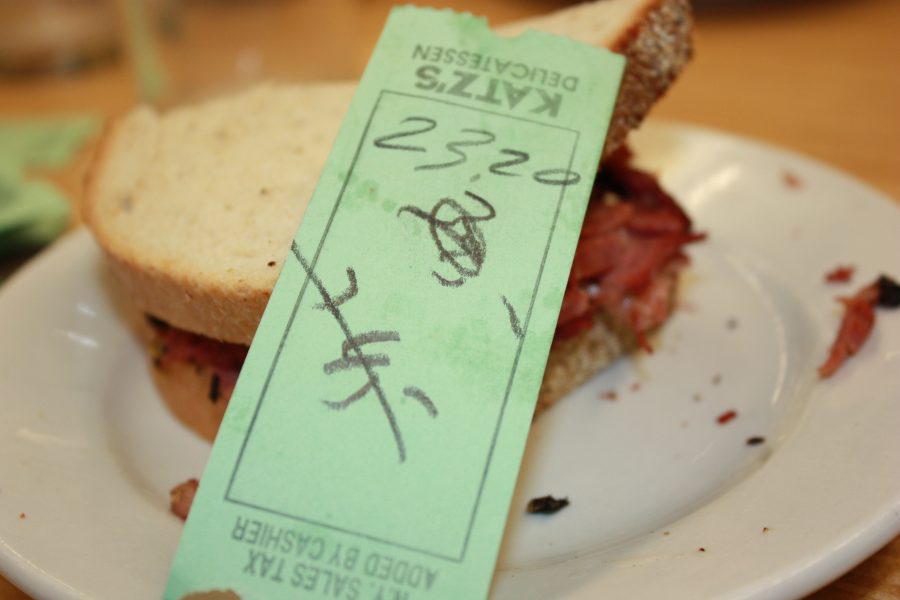 Coney Island got its big break a century ago when an extension to the subway brought the masses from Manhattan, keen to kick back and relax at the city’s most famous beach. Feltman’s, and later Nathan’s, provided the red hots to sustain those enjoying a day at the beach. With the opening of the Cyclone in 1927 came an injection of fun. This wooden roller coaster shakes and rattles like you wouldn’t believe. But to ride it is a thrill that’s stood the test of time. Just make sure you eat your hot dog after your ride, not before. 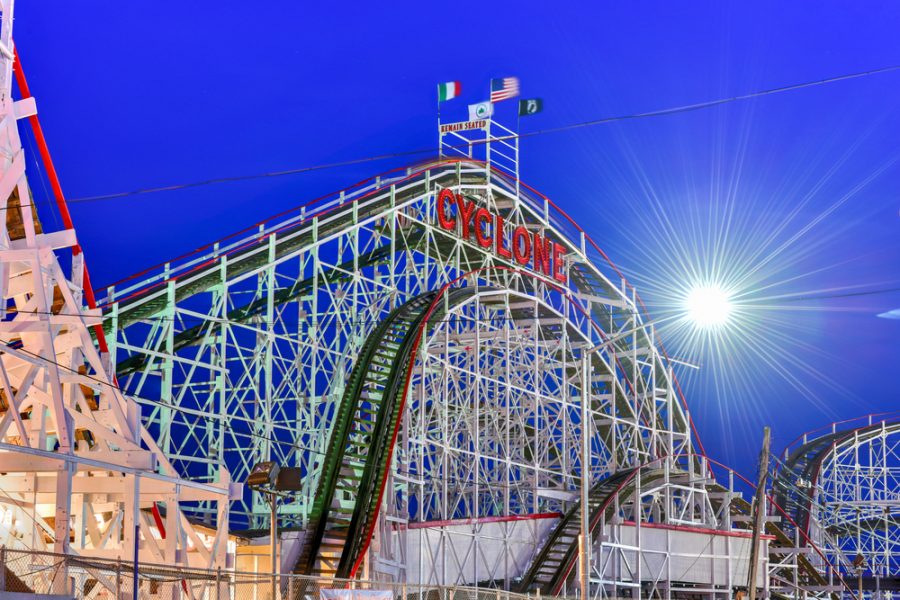 Stroll along the High Line

Central Park is New York’s largest park, and a must-visit while you’re in the city. But equally popular is the High Line, an impressive transformation of what was once a disused and unsightly elevated railway. It’s been a firm favourite with locals and visitors alike since the first section opened a decade ago. Now, it stretches from Gansevoort Street in the trendy Meatpacking District to the Hudson Yards at 34th Street. Clever planting and architectural seating enhance a walk. Get up early to experience it before the crowds congregate or hang around until twilight. Grab a takeaway coffee and Fat Witch brownie from Chelsea Market. Then settle into one of the wooden loungers to watch the world go by. Nearby Little Island continues the vibe; fans of innovative green spaces should also head over to Brooklyn’s Domino Park, one of Mundana’s favourite secret spots in New York.

Wind down in the East Village at a secret speakeasy

New York’s not short of places to grab a drink. In summer, its rooftop bars overflow, while the historic McSorley’s Ale House (established 1854) with its battered door and sawdust floors has long provided a cosy bolthole during a cold New York winter. But for sheer indulgence, it’s hard to beat sipping a cocktail at the bar of a secret speakeasy. The East Village is where it’s at, particularly PDT, where you’ll need to call to get in from a phone box located inside Crif Dogs. PDT stands for Please Don’t Tell, by the way, so don’t tell them we let the cat out of the bag.

Let Mundana help you arrange the trip of a lifetime to New York. Give us a call and we can make your bucket list dream a reality.