Seven things you must include in your Japan itinerary - Mundana
Mundana

Seven things you must include in your Japan itinerary

M
a
g
a
z
i
n
e
Japan scores highly when it comes to scenery, culture and originality. From the tropical beaches of Okinawa to the ski resorts of Hokkaido, this densely populated nation has something for everyone. You’ll be so spoiled for choice the only problem you’ll face is figuring out what to include. Help is at hand: here are Mundana’s recommendations for seven things you must include in your Japan itinerary.

Watching the wrestlers at a sumo stable 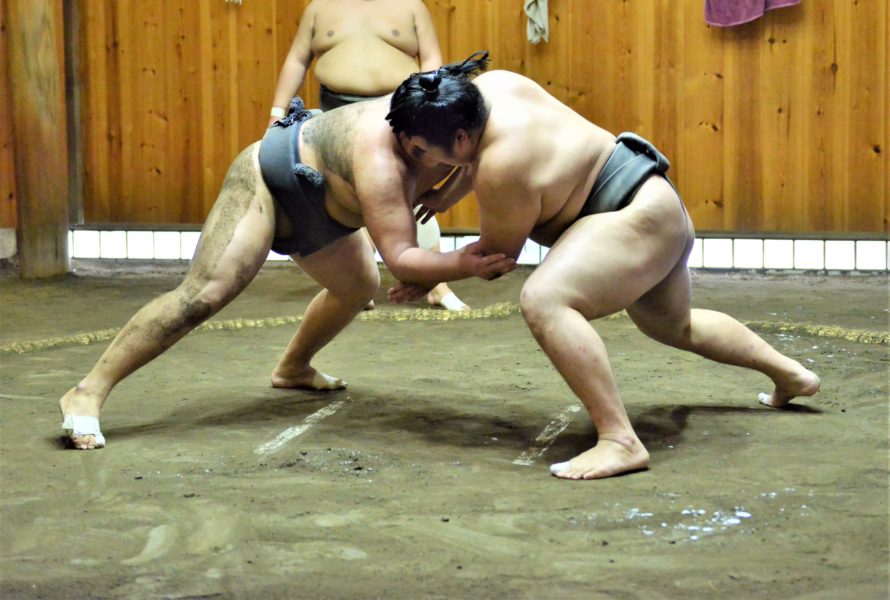 Few sports capture the imagination like sumo. This male only national sport is ritualistic and compelling. Matches take place in an elevated ring called a dohyo. The wrestler who first exits the ring or touches the ground with any part of his body besides the soles of his feet loses. Size is an advantage, hence the extreme weight gain by those making a career out of the sport. Catch a match at one of the six tournaments held throughout the year. Alternatively, ask your concierge to arrange a visit to a sumo stable in the Tokyo area, where training sessions take place. 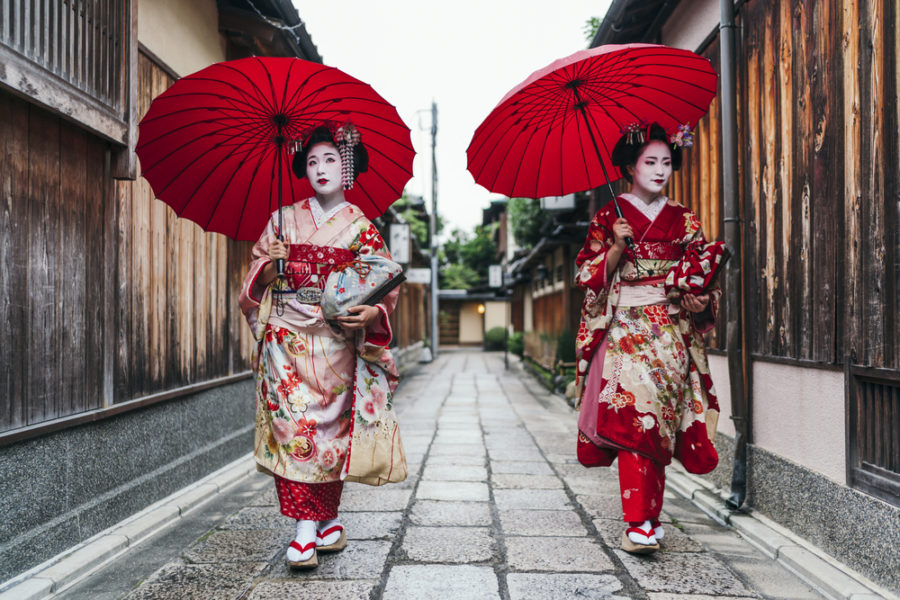 Japan’s former capital is the best place in the country to catch a glimpse into the world of the geisha. With their white painted faces, immaculate hairstyles and colourful kimonos, they’re a reminder of times past. Maiko, or geisha trainees, spend five years at school to learn aspects of the Japanese culture such as the tea ceremony, art of flower arranging, Japanese traditional music and dance, before graduating as geiko, the local term for geisha. Shows are organised to give visitors a taste of this ancient tradition, but hang around in Gion district in the early evening and you might just catch sight of

Taking a sand bath in Beppu 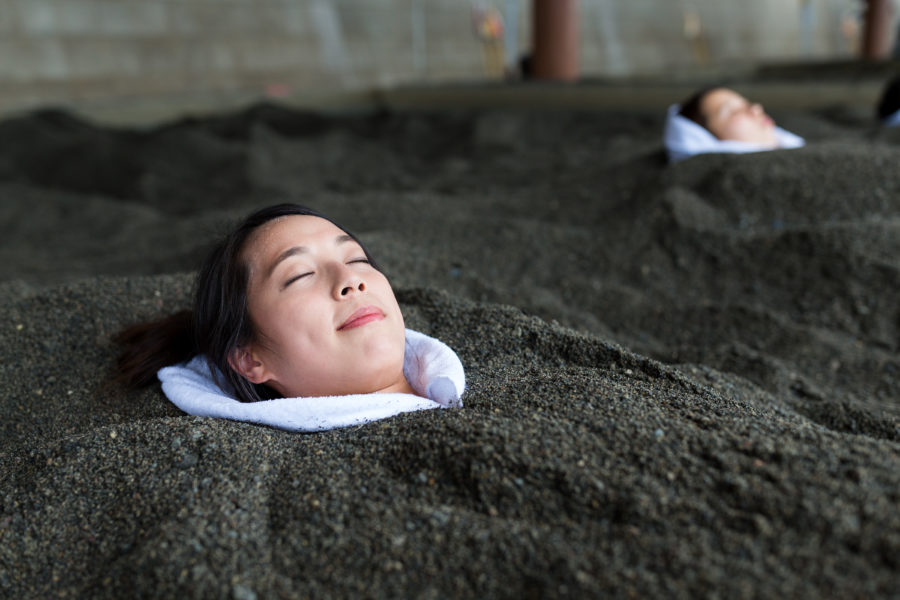 Thanks to its location on the Pacific Ring of Fire, Japan’s a hotbed of tectonic activity. Use this to your advantage with a visit to the town of Beppu on Kyushu Island. There, you can choose to be buried up to your neck in black sand warmed by naturally occurring geothermal heat. It’s said by locals to have health-enhancing properties to boot. When you’re done, shower off the sand and head for Beppu’s seven hells. There you can see nature at its most intense, with bubbling mud pools and springs hot enough to hard boil an egg.

Paying your respects at Hiroshima 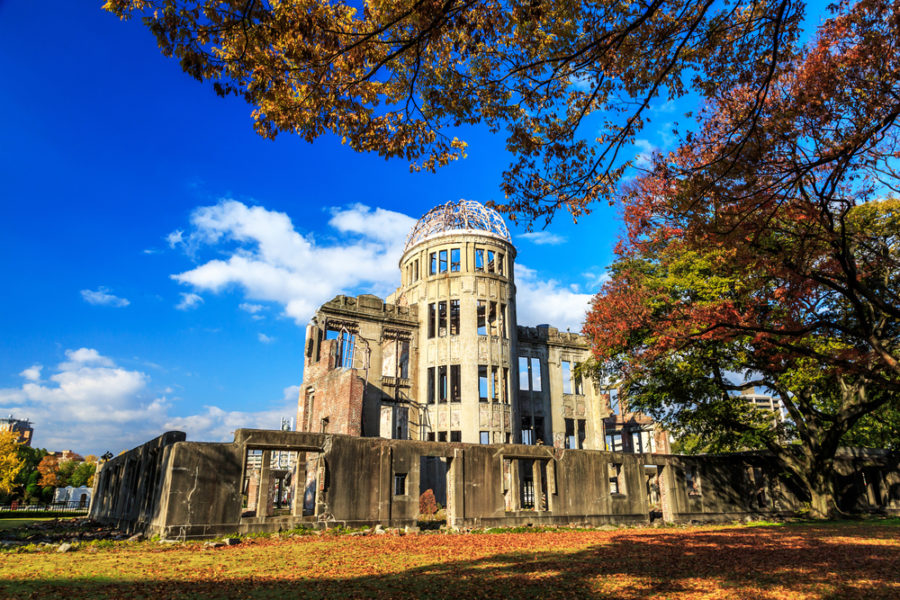 The Allied decision towards the end of World War Two to drop an atomic bomb on Hiroshima wasn’t taken lightly. But the horror of this new military technology was unimaginable. Today, the skeletal remains of the Hiroshima Prefectural Industrial Promotion Hall, located only about 175 yards from where the bomb hit, stand as a chilling reminder of the terrible destruction war brings. Learn about the pivotal events of August 1945 at the museum. Then, pay your respects to those who lost their lives at the Hiroshima Peace Park Memorial.

Joining the cormorant fishermen in Uji 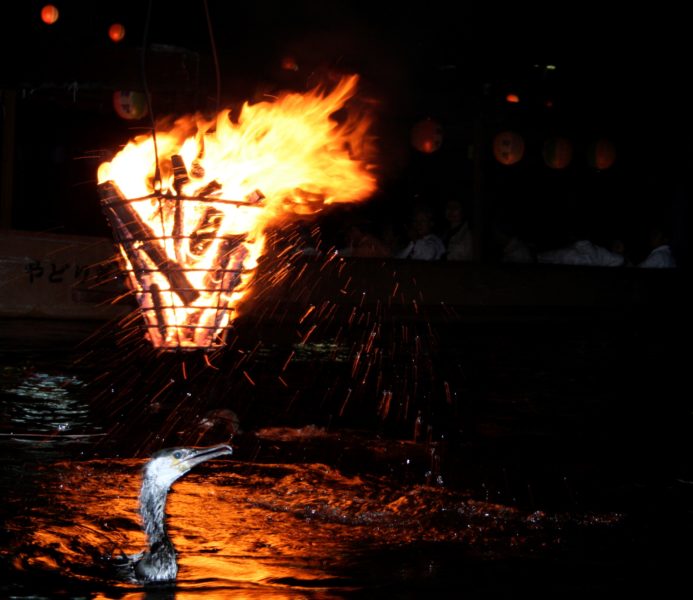 Uji’s fishermen have been using cormorants to land their catch for centuries. It’s a tradition that’s thought to have a thousand year history. A short train ride from Kyoto, watching the men work by the light of their fiery lanterns is one of Japan’s most unusual and atmospheric tourist activities. On warm summer evenings from July to September boats ferry visitors along the Uji River. Cormorants are attached to leashes and dive for fish. Their reward is a share of the catch.

Soaking in an onsen 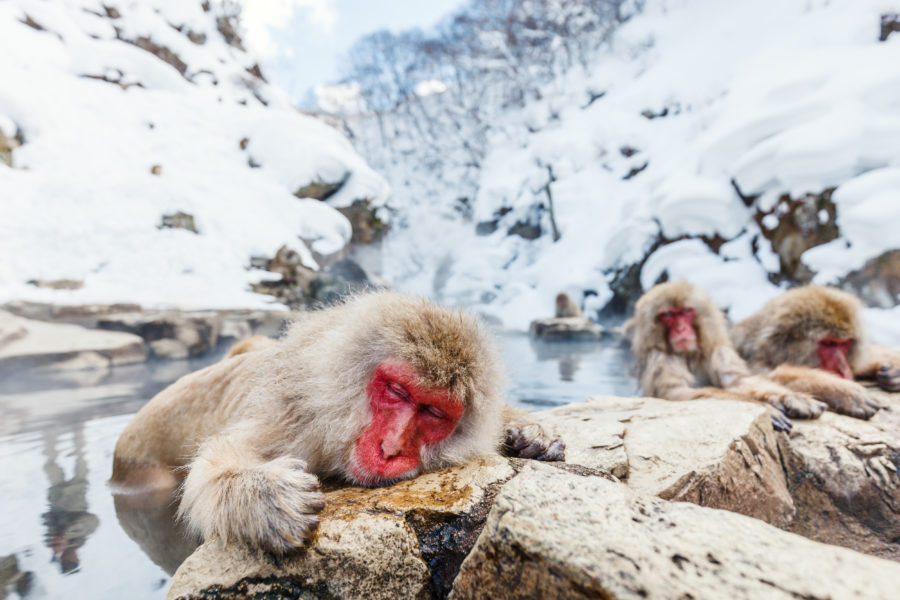 The act of taking a bath in a Japanese onsen is a ritual that should be experienced at least once during your trip. Visiting these outdoor hot tubs is a social occasion. Take a shower first and then strip off and hop in. If modesty gets in the way, try a dip in the onsen overlooking the sea at the Furusato Kanko hotel on Sakurajima Island. It’s a religious shrine. Unusually, both sexes are welcome to bathe together, but you’ll need to don white robes before you enter the water. Too tame? Try the Jigokudani Yaenkoen Park near Nagano. The onsen is a favourite haunt of the Japanese macaques, also known as snow monkeys. 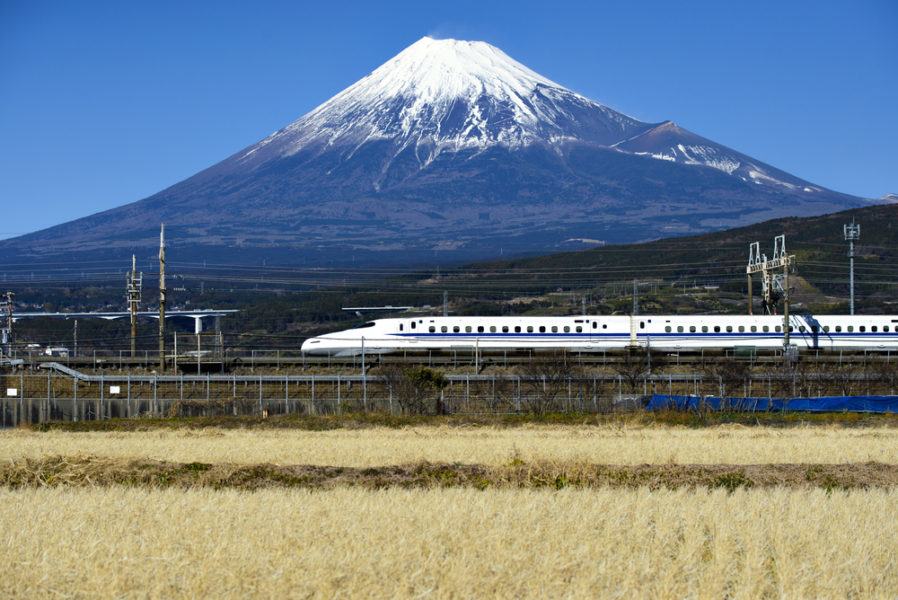 Japan’s high speed trains are famed throughout the world for their reliability, punctuality and cleanliness. Bullet trains slice through the Japanese countryside making short work of the distance. Ride from Tokyo to Kyoto past the distinctive cone shaped volcano Mount Fuji on the Tokaido Shinkansen Line. Alternatively try the Seto Ohashi Line – you’ll cross six interconnected bridges to reach Shikoku. Another favourite is the spectacular coastal scenery viewed from the Gono Line in northern Honshu. But also hop off the high speed network to board the slow train. The Sagano Scenic Railway is at its best in “koyo” season when autumn temperatures turn the leaves red, russet and gold.
Mundana’s experts know what you shouldn’t miss when planning a Japan itinerary – why not give them a call and arrange the trip of a lifetime?

Seven things you must include in your Japan itinerary