In comparison to some other Asian cities, Seoul is overlooked by international tourists. That’s a pity as the South Korean capital is a rewarding visitor destination. Here’s what you need to see if you’re planning your first trip to this underrated gem. 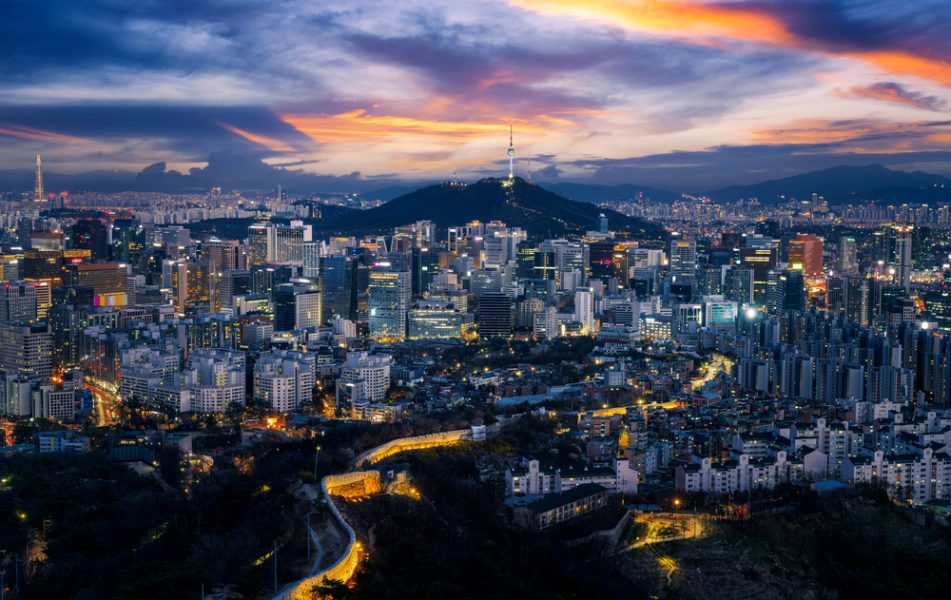 Perched on a hill overlooking the city, the N Seoul Tower is one of the city’s most recognisable landmarks. Take your pick as to what the N stands for: new, nature and Namsan all work. Ride the cable car up Mount Namsan to take in the panoramic views from the top – ideal for getting your bearings. There are many other reasons to head up there, including to leave a love padlock on the fence, to visit the observatory or to throw a coin into the Wishing Pond. Wherever you are in the city, you’ll be able to appreciate the tower’s nightly light shows. 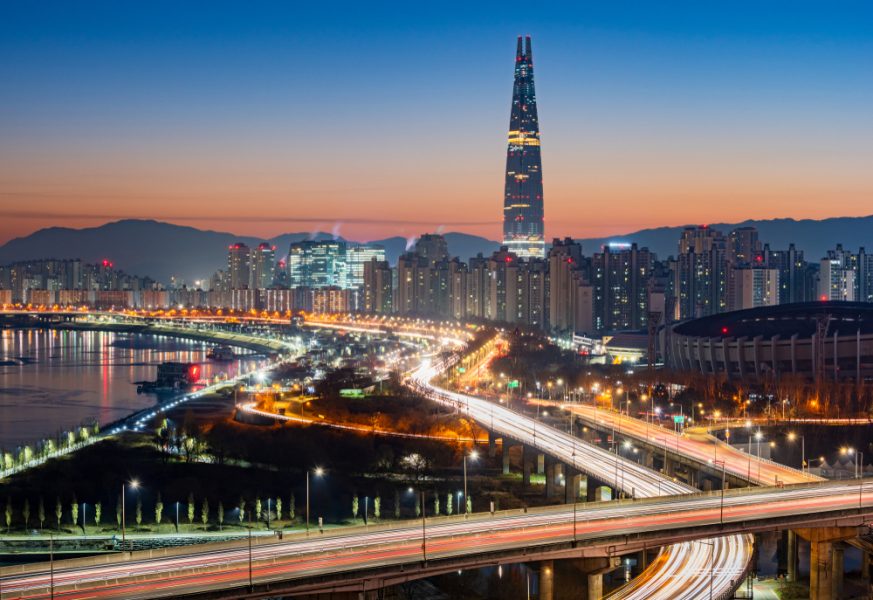 This landmark skyscraper is one of Seoul’s newest and rises an impressive 555 metres above the street. This multi-use building is home to residences, shops and offices. Tourists should head for the 117th floor which is the entrance to Seoul Sky. One floor up, you’ll find a café and terrace; the Sky Deck features the world’s highest glass floor observation deck. You’ll need a good head for heights to look down as the glass changes from opaque to clear. Right at the top, the 360° views are breathtaking. 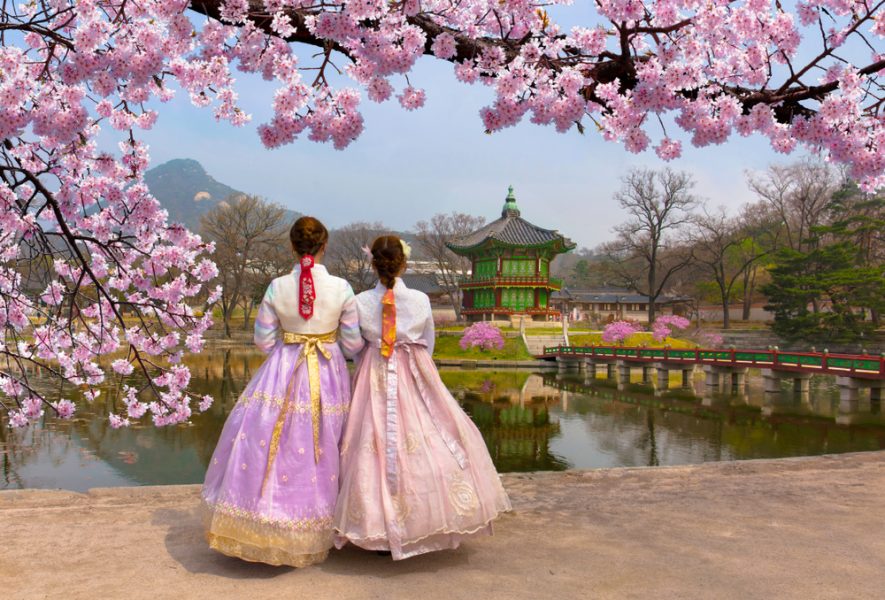 Seoul has five grand palaces but Gyeongbokgung Palace is the largest. It dates from 1395 and was constructed during the Joseon dynasty. A comprehensive restoration in the 1990s leaves it in pretty good shape for today’s visitors. Don’t miss Geunjeongjeon Hall, the throne hall where the king would once have granted audiences to dignitaries. Another highlight is the splendid Royal banqueting hall, Gyeonghoeru Pavilion, which rises from an artificial lake. 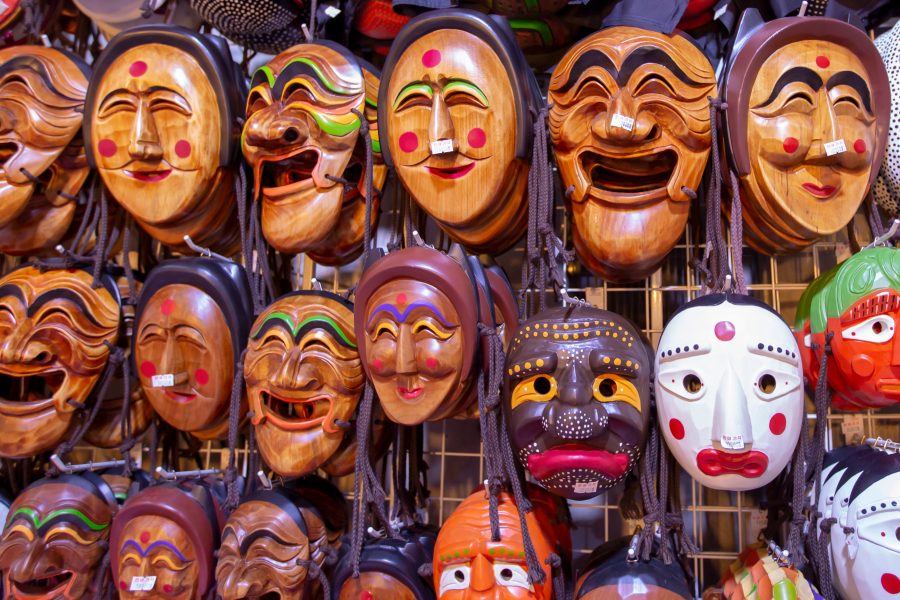 This district of Seoul is closely associated with folk art. Wander its streets and you’ll see plenty of the Hahoetal masks that make such a great souvenir. But there’s plenty more – handmade paper known as hanji, traditional clothing called hanbok, pottery and artwork. Dotted between the stores and the galleries are cute little teahouses and cafes. Visit on Sunday when traffic is banned; music and dance performances enhance the atmosphere. 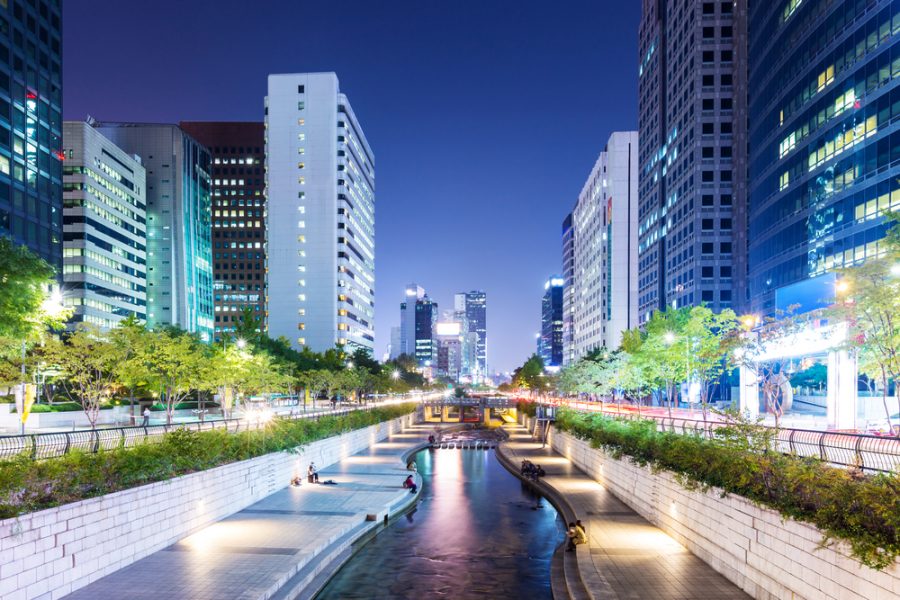 This outdoor park brings some much needed green space into urban Seoul. Hang out with a picnic, hike or bike the trails along its banks or simply sit and appreciate the effort that’s gone into revitalising this recreational area. If you’re in town in November, it’s the focus for the Seoul Lantern Festival, during which paper lanterns are lit and floated along the creek. 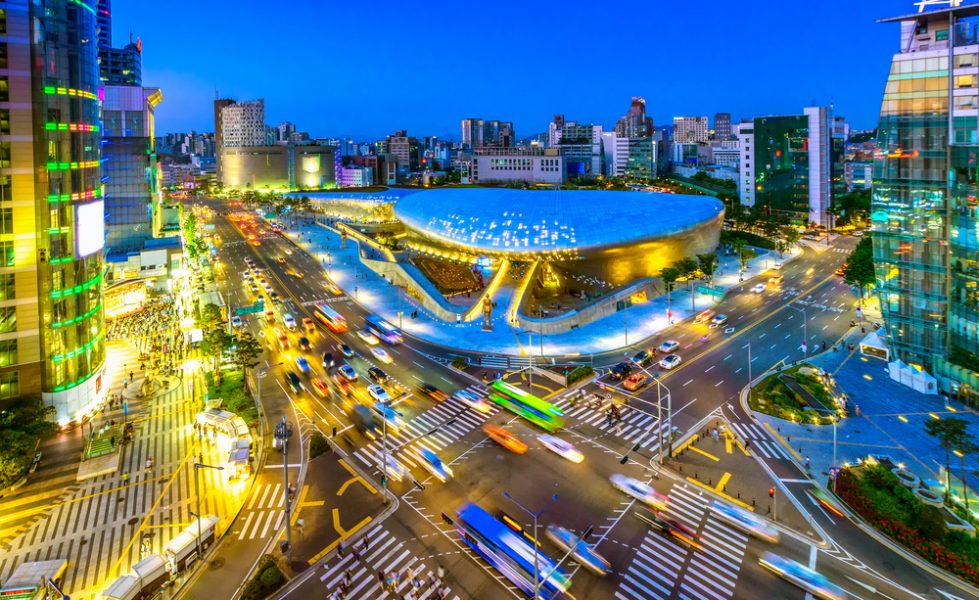 British Iraqi architect Zaha Hadid designed the futuristic Dongdaemun Design Plaza, known to locals as the DDP. With a park on its roof and some of the best shops in the city, it’s a magnet for visitors too. At night, spectacularly lit, it’s an awesome place for a selfie, not least for the contrast with the ancient ruined fortress that it sits alongside. 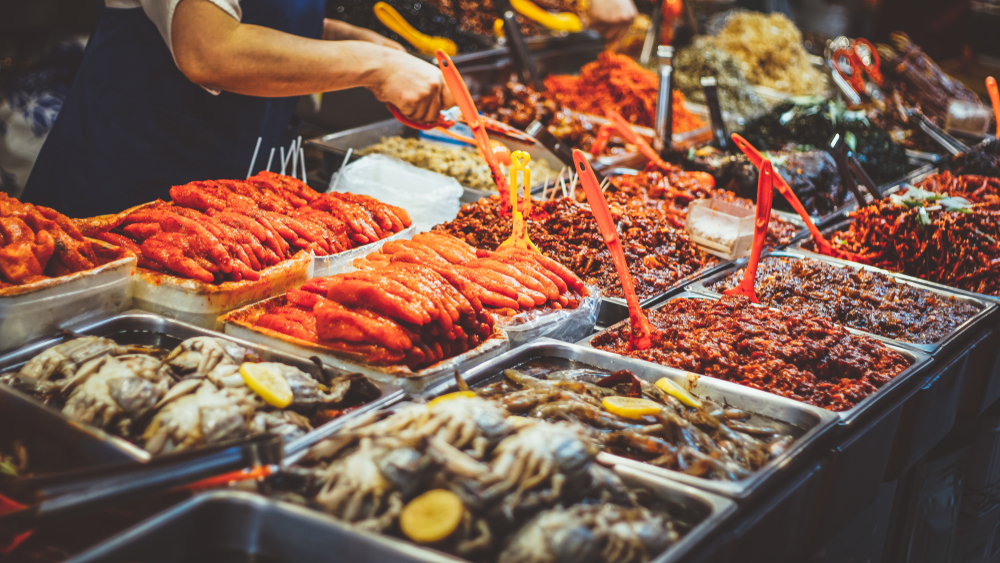 if you’re a fan of street food then this place is a must. This cavernous market hall is packed to the gills with street food stalls and the aromas are guaranteed to get your mouth watering. Chow down on dishes like Mayak gimbap (a favourite local snack), bindaetteok (pancakes made from ground mung beans), tteokbokki (stir-fried rice cakes), eomuk (fish cakes) and bibimbap (rice mixed with beef, vegetables and red chili paste).

How about making that South Korean trip a reality? Give Mundana a call and we can help you formulate an itinerary.

Sri Lanka: From the coast to the hills (3 Weeks)

Sri Lanka: From the coast to the hills (3 Weeks)