Only two of England’s counties form the border with Scotland: Northumberland and Cumbria. Many visitors to this northern region head west, thanks in no small part to the attractions of the Lake District. But if you’re keen to explore one of the UK’s hidden gems, then look east instead and plan your next vacation for delightful Northumberland. Here are some of the highlights Mundana suggests making part of your itinerary.

Northumberland boasts more castles than any other county in England, part of the legacy of the wars fought over the border region. There are over 70 castle sites. Bamburgh overlooks the North Sea. Its breathtaking position framed by a broad sandy beach backed by dunes makes it one of the most photogenic sites in the area. Inland, you’ll find Alnwick overlooking the River Aln. It is the second largest inhabited castle in the country (the first is Windsor Castle, the Queen’s residence). These days, it’s famous for its appearance as Hogwarts in the first two Harry Potter films. Wannabe wizards can sign up for broomstick training during their visit.

Several other castles are worth a mention, including the ruins of Dunstanburgh and Berwick castles. Warkworth is particularly lovely in spring, when the meadows surrounding this riverside castle are full of daffodils. Chillingham Castle is supposedly one of the most haunted in England. If you’re keen to sleep in a castle, why not book a night or two at the Langley Castle Hotel? 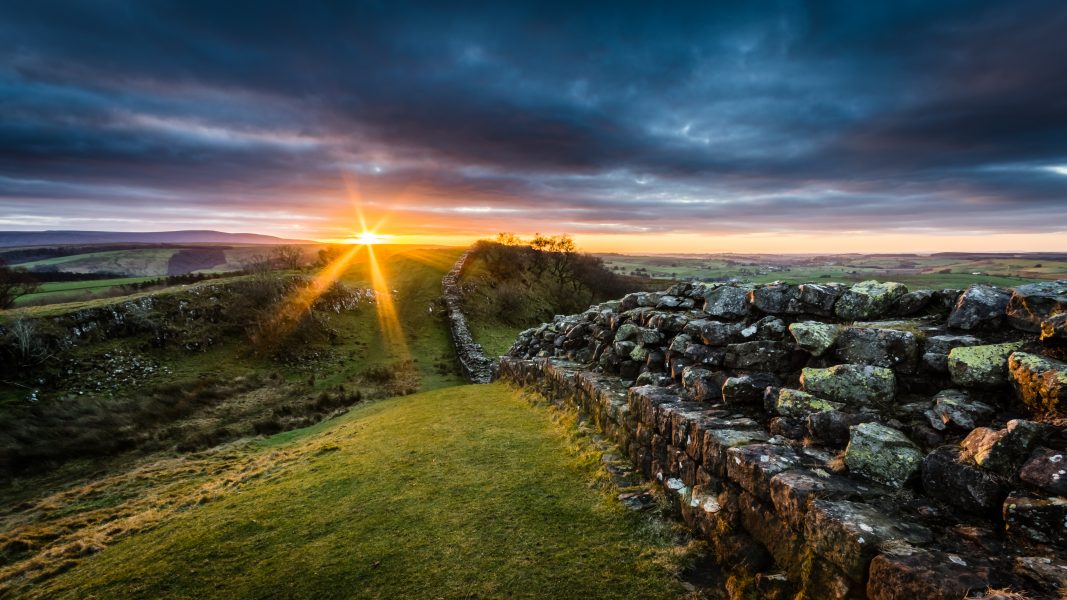 Hadrian’s Wall was built almost 2000 years ago. To the south was Roman Britannia; to the north, Caledonia. Contrary to what some people might think, it sits entirely in England and has never formed the border with Scotland. Today, a walking path extends along its 73 mile length. The best preserved section lies within Northumberland National Park. Look out for Roman forts, guarded posts called Milecastles and observation towers known as turrets. There are several interesting museums attached to these, including Vindolanda, Chesters and Housesteads. They display some of the Roman treasures that archaeologists unearthed in recent times. 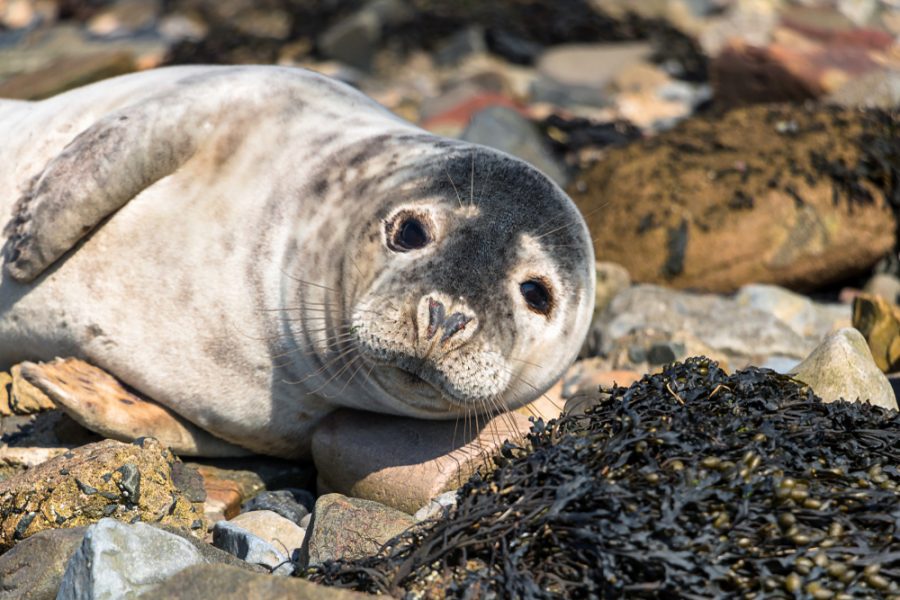 Nature’s a big draw and never more so than the seal colonies that can be observed close to the Northumberland coast. Its waters are home to many Atlantic grey seals. Seal watching boat trips depart regularly from Seahouses to the Farne Islands. You’ll also be able to see puffins there if you visit between April and July. On Holy Island, you’ll also have a good chance of seeing common or harbour seals, particularly in summer. That’s when they haul themselves out onto the sand. Rarer to spot are whales and dolphins, who are occasionally sighted off the Northumberland coast. On a calm day you might see harbour porpoises, bottlenose dolphins and minke whales from lookout points on land – try Dunstanburgh Castle or Cullernose Point. 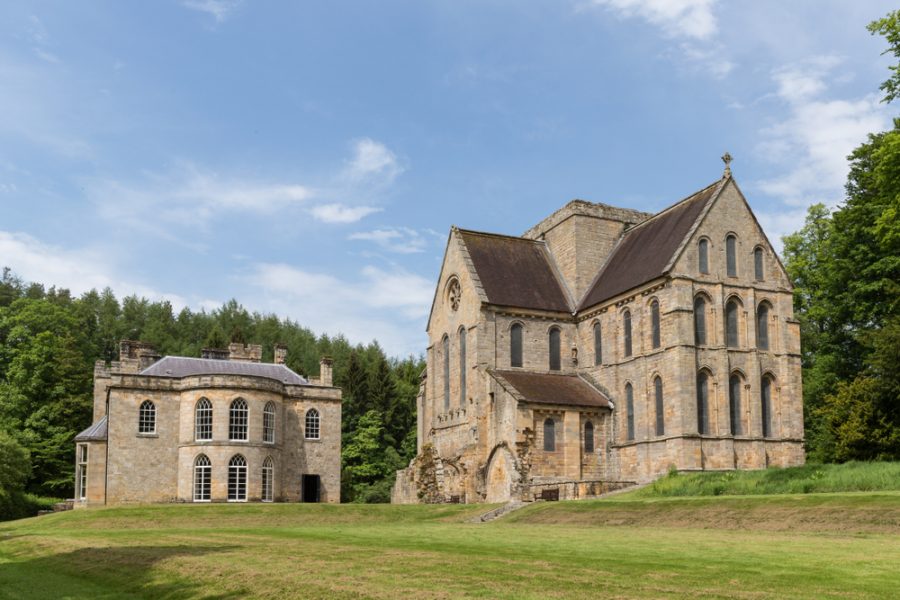 Northumberland has plenty of historic buildings within its boundary, many of them owned and managed by English Heritage or the National Trust. Brinkburn Priory, surrounded by woodland, sits within a meander of the River Coquet. Built in the 12th century and restored in the 19th century, it is one of the best examples of early Gothic architecture in the area. Another property, Cragside, was the brainchild of William Armstrong. The house reflects his passion for science and engineering. It was the first house in the world to be lit using hydroelectric power. 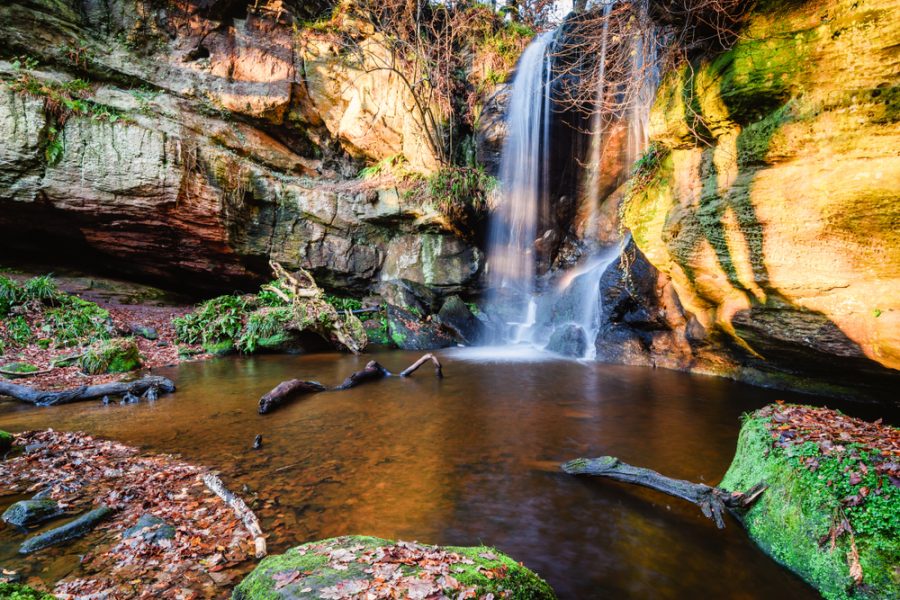 Many visitors to Northumberland come for the solitude and peace afforded by its countryside. Hikers will discover remote walking paths. Even casual day trippers won’t have a problem finding a quiet trail for a gentle stroll. The county has several pretty waterfalls, such as Routin Lynn. (Don’t confuse it with Roughting Linn, which is a different waterfall). Nearby you’ll find some prehistoric rock art. Another waterfall worthy of a wander is Linhope Spout. It plunges 20 metres or so down a secluded cleft in the rock. Look out for red squirrels in the warmer months and dangling icicles when the temperatures plummet.