Nine canal cities you must visit that aren’t Venice

Who doesn’t dream of a visit to Venice? If you’ve ever wondered how many miles of canals there are in Venice, this storied lagoon city is known for its 26 miles of waterways. They vary from busy Grand Canal to quiet backwaters known mostly to locals. For centuries, the city thrived as a centre for trade. Today, people come to enjoy its unique charms and shop for hand-blown glass and meticulously crafted lace. But there’s a downside: in peak season, the place heaves with crowds, prompting the city authorities to impose a fee for day visitors. If you’re looking for somewhere less busy, or you’ve already ticked Venice off your bucket list, here are Mundana’s suggestions for nine canal cities you must visit that aren’t Venice. Where will you start? 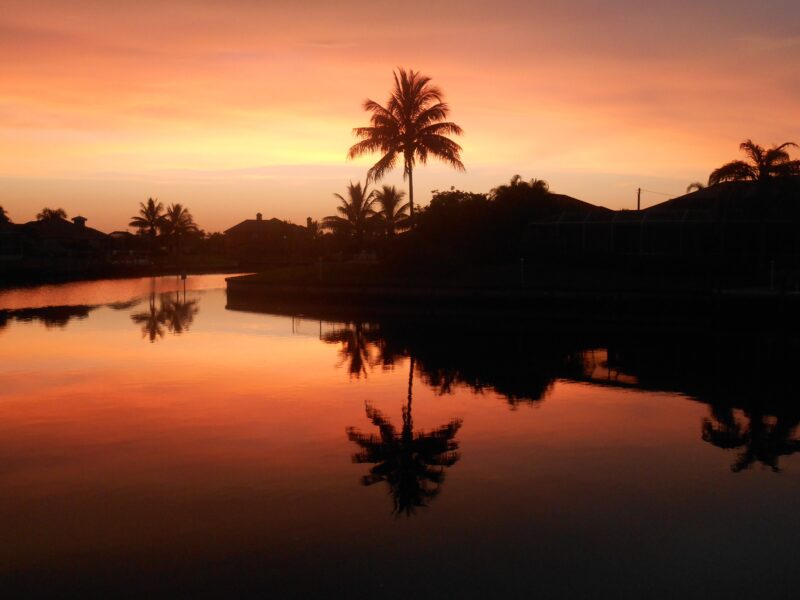 This Floridian gem boasts more waterways than anywhere else on the planet, making this an obvious choice for one of the canal cities you must visit that aren’t Venice. They’re a mix of freshwater and seawater canals, some dug for the purpose of diverting water to the area’s mangroves. The most exclusive are those which lie closest to the Caloosahatchee River or Gulf of Mexico. In all, the city boasts more than 400 miles of navigable water, making Venice’s statistics look positively paltry. Boating, fishing, watersports and birdwatching are just some of the things that draw visitors to this corner of the Sunshine State. 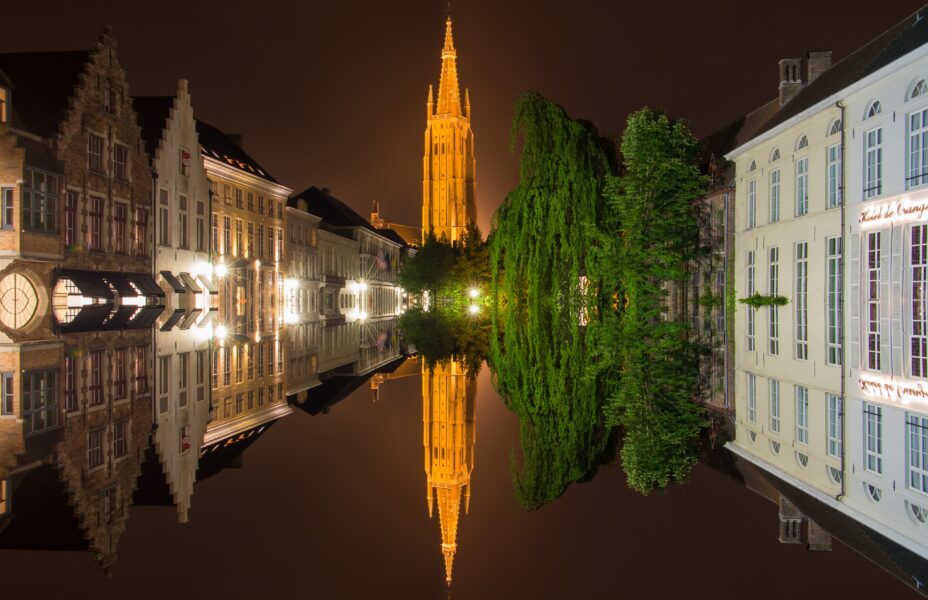 Quaint Bruges has masses of medieval charm. This Belgian city is as famous for its lace, beer and chocolate as it is for its canals. In fact, one of the best ways to get your bearings is to take a leisurely boat ride and enjoy those fabulous historic buildings from the water. When you disembark, there’s plenty more to see and do. Stroll through its cobbled streets and climb 366 steps to the top of the belfry which rises from the market square. You’ll be able to experience a bird’s eye view of the canals – and the city – from the top and thanks to all that exertion, enjoy some frites and mayo from the chip van in the square when you get back down again. 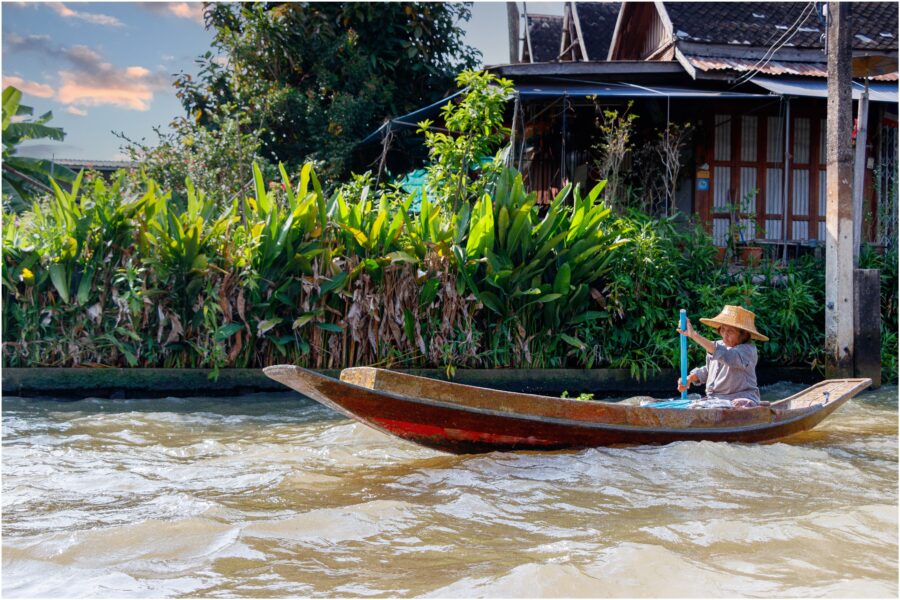 The Thai capital is famous for its klongs. Thonburi’s network of tranquil canals is a place to seek respite from the traffic and hubbub of this bustling Asian city. Tours by longtail or rice barge depart regularly from the city’s piers and leave the busy Chao Praya River behind in favour of peace and quiet. But this is no sterile backwater. Beside the water, curious visitors can get an insight into everyday life. You’ll see temples and stilt houses, and have the opportunity to watch residents go about their business in this urban oasis. 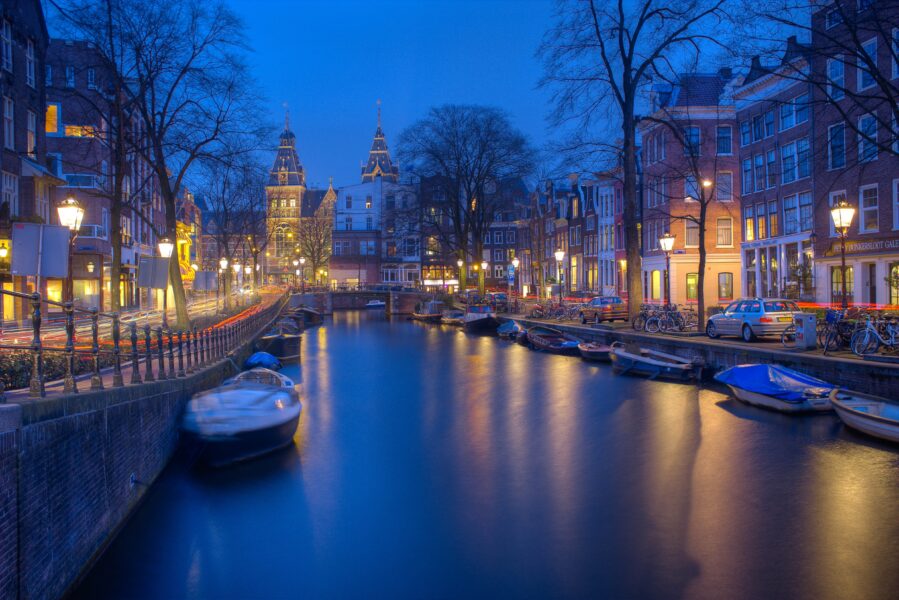 What’s one of the most famous canal cities that isn’t Venice? It has to be Amsterdam, of course. This gem boasts endless canals. The three biggest are Herengracht, Prinsengracht and Keizersgracht, all of which were dug in the 17th century during the Dutch Golden Age. Older still is Singel, which was the city’s moat from 1480 until 1585. Today, it’s a real treat to wander along the cobbled streets that line these and other canals, admiring the distinctive Flemish architecture while dodging the bicycles for which the city is also famous. 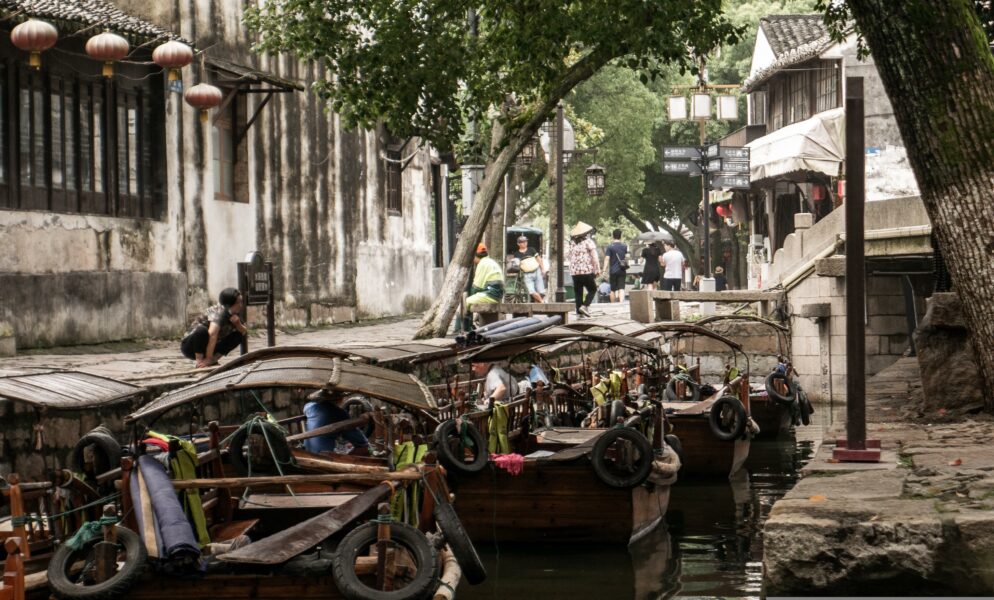 Suzhou is another contender for the title of Venice of the East. Visitors flock to this Chinese city to explore its pretty waterways. You can experience them in the characterful old town, for instance from one of the teahouses along Pingjiang Street. Alternatively, head to delightful Tongli, in Suzhou’s Wujiang District. Don’t try to keep a tally of its bridges as you’ll lose count. There are 47 of them, the most famous being Taiping (peace), Jili (luck), and Changing (celebration). 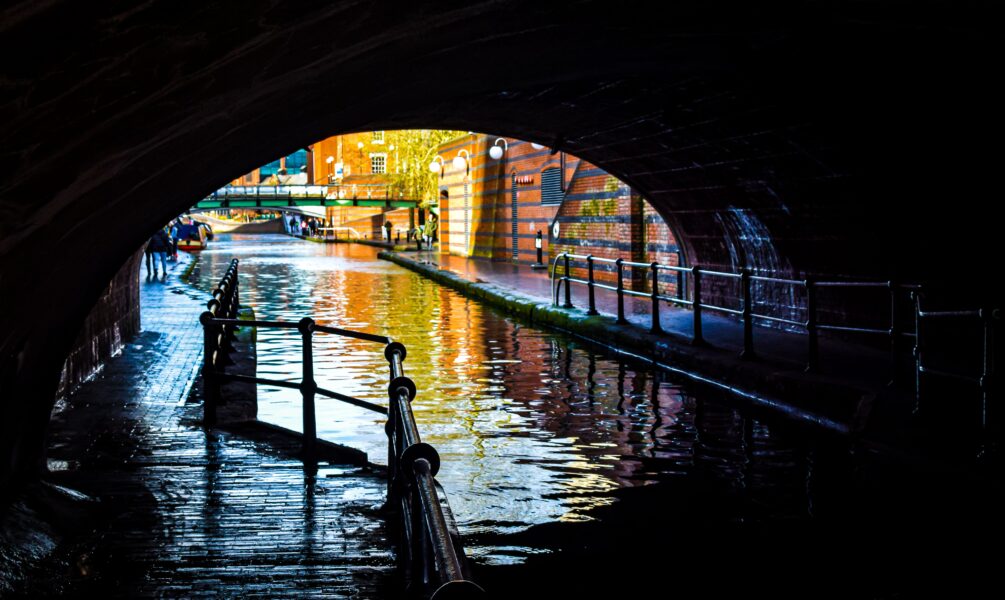 England’s second city might seem an unlikely contender for a canal city but you’re in for a surprise. The Birmingham area has around four times as many miles of canals as its Italian counterpart. Regeneration projects have turned this part of the city centre into a lively entertainment and shopping district. Gas Street Basin is the hub, located at the junction of the Worcester and Birmingham Canal and the BCN Main Line. It’s here you should come if you’re looking for a canalside pub, cafe or restaurant, or simply a relaxing stroll along the towpath. 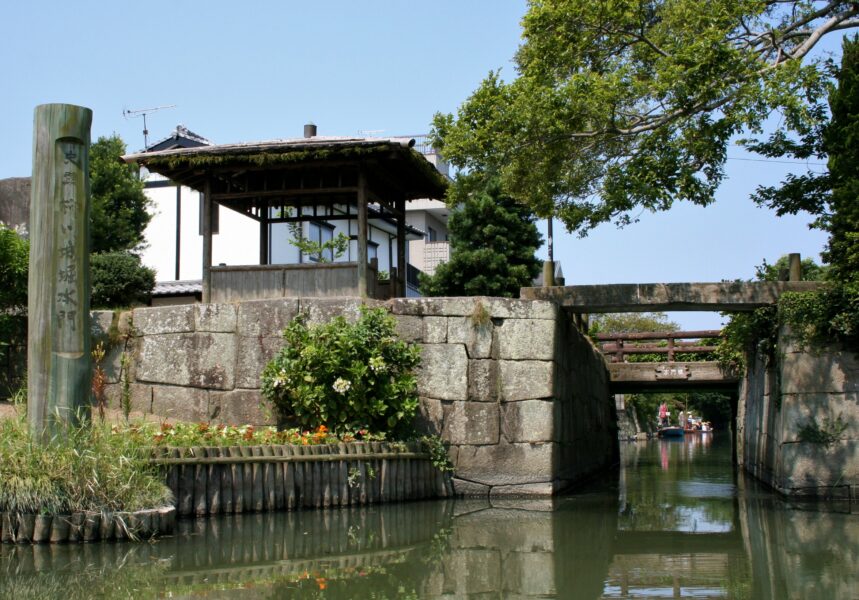 Yanagawa started out as a farming village whose broad canals were used to irrigate the crops. In the 17th century, this Japanese town was given a new identity and a castle was built, but the canals were deemed too important to lose. Today, head down to the island of Fukuoka and board a boat called a donkobune to sightsee along some of the 290 or so miles of waterways. 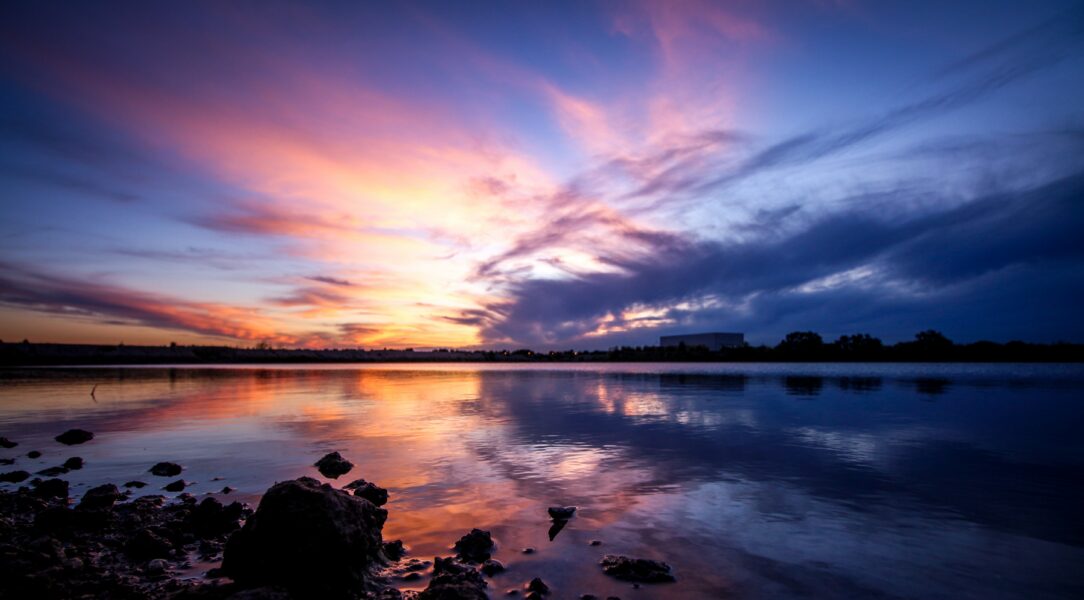 Argentina might be known for the grasslands of the Pampas and the rocky peaks of Patagonia, but this cute canal town in the north of the country is worth the short train ride from Buenos Aires. The town sits on an island down by the delta of the Paraná river, and is characterised by little inlets and waterways. The silt-rich water is brown rather than clear but don’t let that put you off visiting. The old fruit market has been transformed into a craft fair, and this too is where boat trips depart. 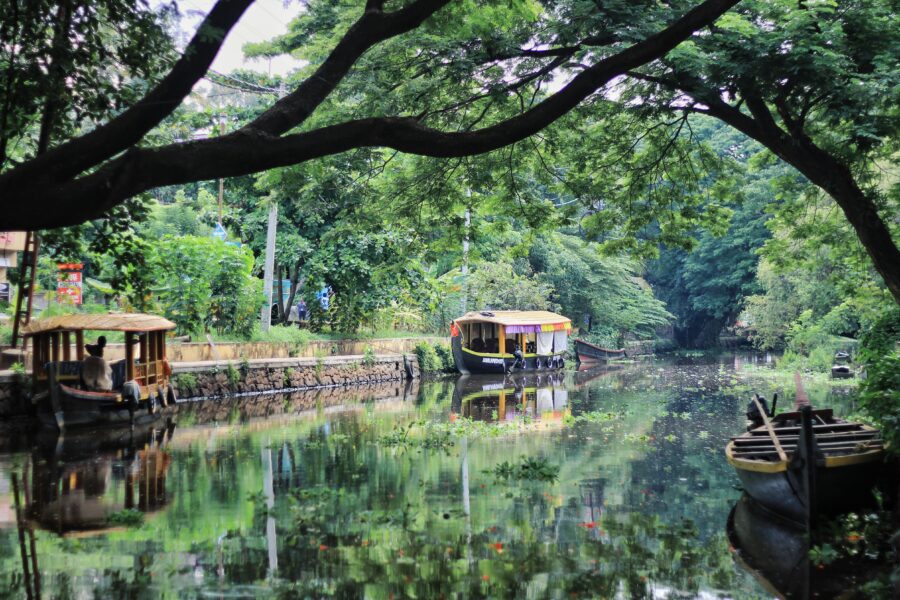 Our final pick for the canal cities you must visit that aren’t Venice comes from Kerala state in India. Alappuzha’s rustic backwaters are the main attraction in this planned settlement. Take a ride on one of the many houseboats, modern vessels fashioned in the style of the kettuvallams of yesteryear. These sturdy wooden boats used to carry cargoes of rice and spices protected from the elements by a thatched roof. The verdant setting, with vegetation overhanging the waterways, makes this one of the most relaxing spots in the country.

Have we tempted you with one of these beautiful canal cities? If you’d like to discuss how we could help you organise a trip to one or more of them, give us a call at Mundana and we can take care of all the arrangements.

Nine canal cities you must visit that aren’t Venice

USA: Road to the Rockies

USA: Road to the Rockies