The Hawaii archipelago of 137 islands – eight inhabited permanently – spreads out in the Pacific Ocean across 1,500 miles. It formed during a period of intense volcanic activity. New islands continue to form as the tectonic plate beneath the Pacific very slowly moves northwest. The newest one, Hawaii, is nicknamed Big Island to differentiate from the state of the same name in which it’s located. However, Hawaii archipelago is more than just a never-ending geological story. Polynesian settlers arrived by canoe 17 centuries ago and they created a unique culture. If you’ve decided you need to go, here’s what you need to know. 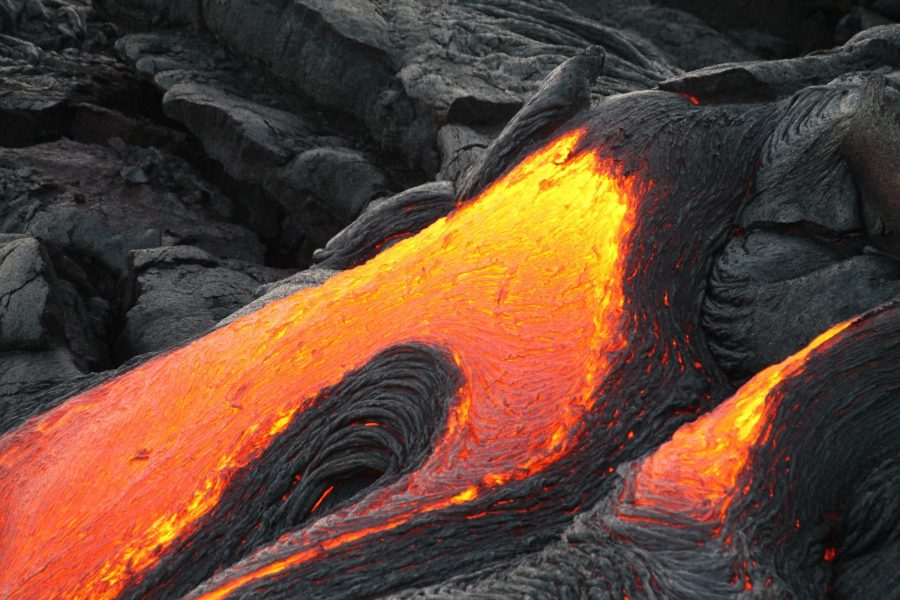 Hawaiʻi Volcanoes National Park is mostly open after the May 2018 eruption except for a few trails, the Thurstom Lava Tube and the Jaggar Museum of the Hawaiian Volcano Observatory.  This island that rose out of the ocean is still being born of fire. There’s further proof of that in the Hot Ponds on the east coast. The water that fills them flows through rocks heated by the molten magma deep below. It cools down a bit especially when it rains, but you will remember the warm baths you took when you were a kid as you slip into one Hawaii Big Island’s most popular attractions.

A beach with green sand 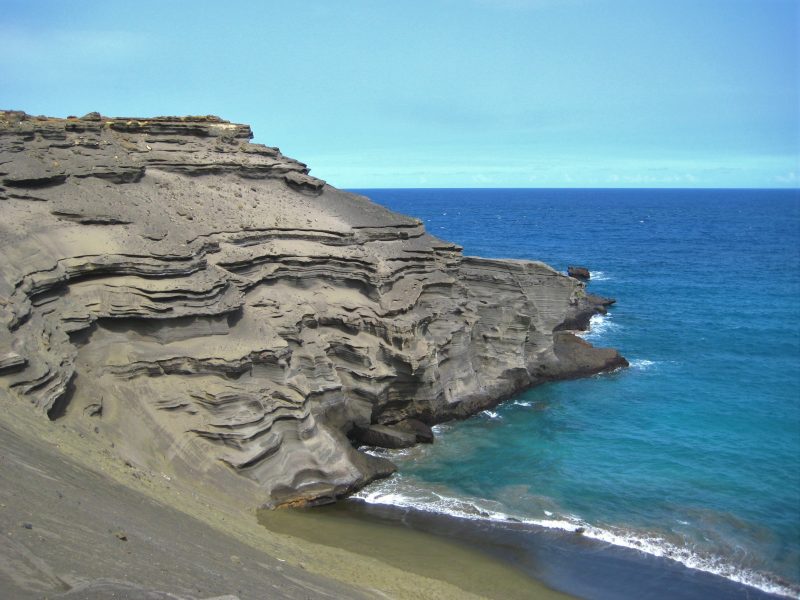 There are only two green beaches in the entire United States, and one of them is at Papakōlea in Ka’u District of Big Island. Powerful waves have ground up an almost fifty-thousand-year-old cylinder from Mauna Loa which is still one of the most active volcanos in the world. The cylinder contained diamond-hard green olivine crystals and it’s these which give the beach its distinctive hue. The best time to visit Papakōlea green beach is before noon while the weather is still relatively cool. It’s a 2.5 mile hike from the parking lot and you have to walk uphill on the way back. If the thought makes you sweat you may be interested to know large olivine crystals are the rocks Finnish people prefer most for their sauna stoves.

Cool off under a magnificent waterfall 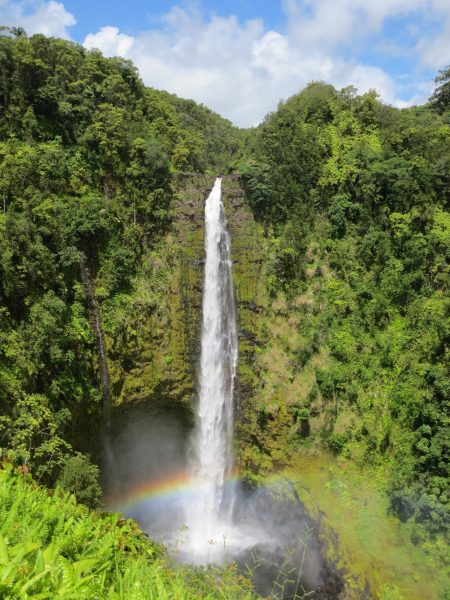 The magnificent Akaka Falls is located in a state park and there’s a fairly easy trail that takes you dizzyingly close to the drop several times on the right shoulder. The single, plummeting fall measures an impressive 442 feet. Along the way, you’ll also see the 300-foot Kahūnā Falls and several smaller cascades. There are some interesting local inhabitants too. The Oʻopu ʻAlamoʻo goby fish have suction disks on their tummies which allow them to cling to rock behind the falls. The Paekalaʻole shrimp is even smarter. It can swim right up the waterfall to the stream that feeds it, although we don’t advise you go up there to check.

Some of Big Island’s surfing beaches throw up waves so tall they are only suitable for top surfers. Kahalu’u Bay is very special because a small reef protects it from high surf and makes it ideal for short, fun, long and stand-up paddle boards. It’s also a natural aquarium below the waterline. However, if you are a pro surfer you may be delighted to know some of Big Island’s surf is considerably taller and more powerful. However, if you want to challenge the biggest and best, jump on a plane: destination Waimea Bay on Oahu Island, or the monster Jaws on Maui. They make thrilling entertainment for those who prefer their feet on firm sand. 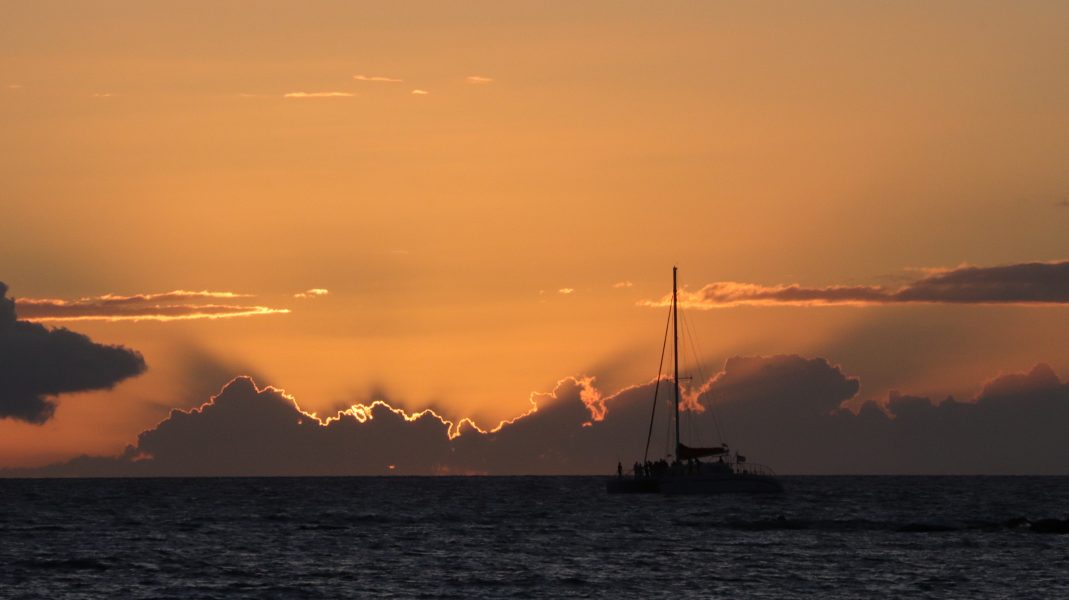 Lanai Island is a 120-mile boat ride from Big Island so you’ll want to overnight there. It’s the smallest inhabited island in the archipelago. The population is under 3,000 so they get by with one school that does kindergarten through to twelfth grade. Don’t go there if you get withdrawal without traffic lights. Rent a four wheel drive if you want to see places like the Keahiakawel Garden of the Gods, because the country roads are dirt. This is a garden with a difference: the plants are boulders and rock towers without a blade of grass. After all, it is a volcanic island. Rent a bicycle and find your own island rhythm.

Big Island Hawai’i has something for everybody, from gentle beaches to adrenalin hikes to lava flowing out of rocks. Add a warm, tropical climate that’s milder than you’d expect thanks to prevailing trade winds, and we have to ask: could there be a better place to holiday anywhere in the United States?