Planning a first trip to Australia can be daunting. With so many places to see and vast distances to cover if you’re travelling between them, knowing what to include and what to leave out can be tricky. To help you out, here are Mundana’s picks for the must-see highlights of Australia.

Australia’s largest city is the ideal starting point for your trip, well served by flights from other global cities. Plan for a day exploring the city’s Central Business District, including an ascent of the 305m high Sydney Tower. Stroll through the botanical gardens and pause for a sit down on Mrs Macquarie’s Chair. Take a tour of the Opera House and if you have a head for heights, climb the Sydney Harbour Bridge. Catch at least one ferry across the harbour – we suggest either Taronga Zoo or Manly’s beaches. The Rocks area makes a great base as it has plenty of shops and restaurants nearby. 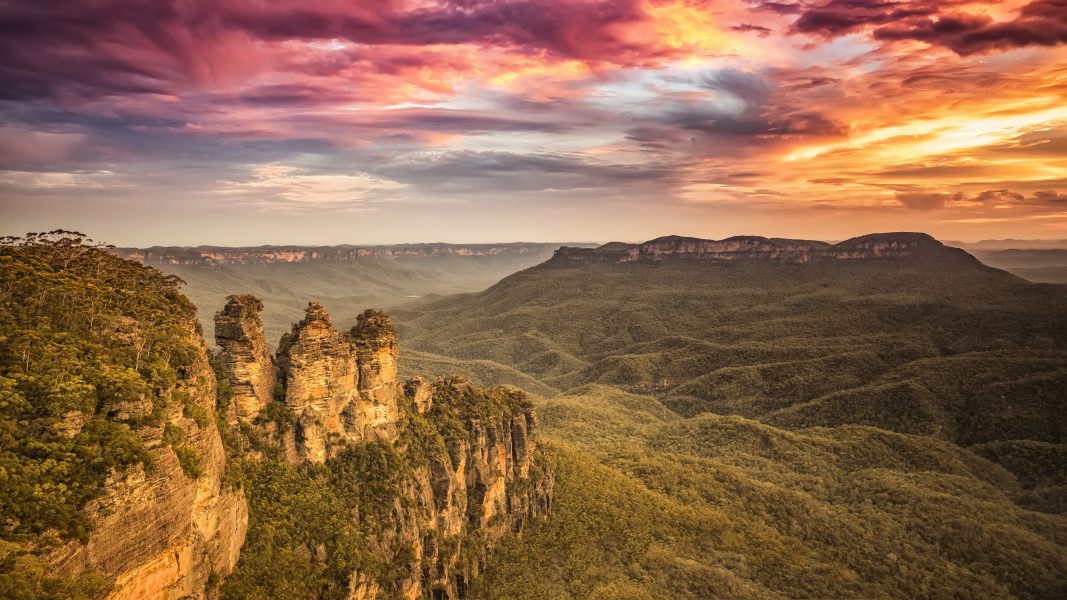 An easy day out from Sydney, reachable by train or car, the Blue Mountains offer the visitor exceptional scenic views. The Three Sisters rock formation is the iconic image associated with the area, but the surrounding countryside is riddled with paths and trails. Get your bearings on the Katoomba Scenic Skyway before setting off on foot in search of hidden waterfalls. Hike the Red Hands Cave Walking Track in the Glenbrook area where you’ll encounter Aboriginal art and be able to cool off in Jellybean Pool if it’s hot. 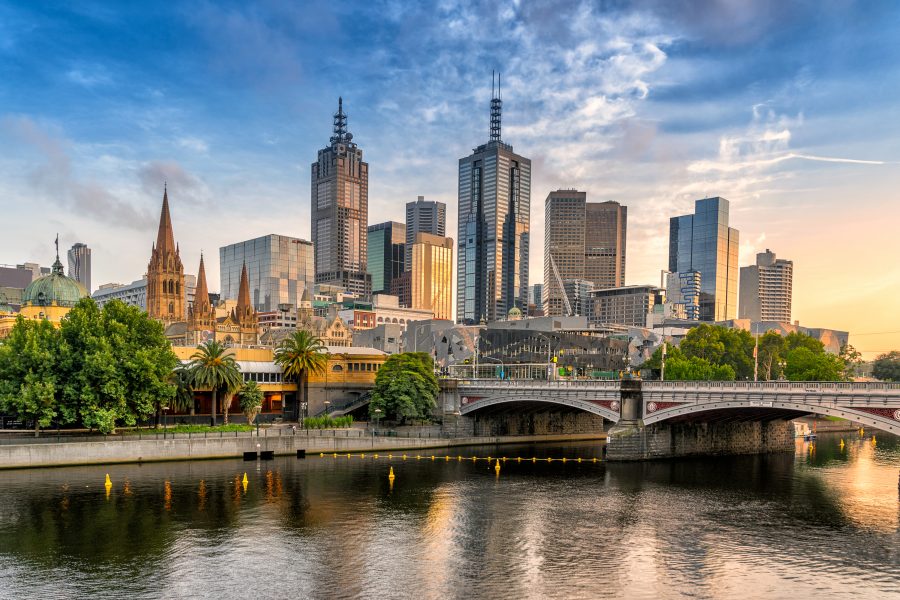 Melbourne is Australia’s cultural hub with a plethora of galleries, museums and concert venues proving this is the country’s premier location for the arts. Foodies are also well catered for. Take a cruise down the Yarra River and delve into the city’s past with a tour of the gaol which housed the infamous bushranger Ned Kelly. St Kilda’s beaches are also calling, but for an overdose of cuteness the best out of town trip is to see Philip Island’s fairy penguins. 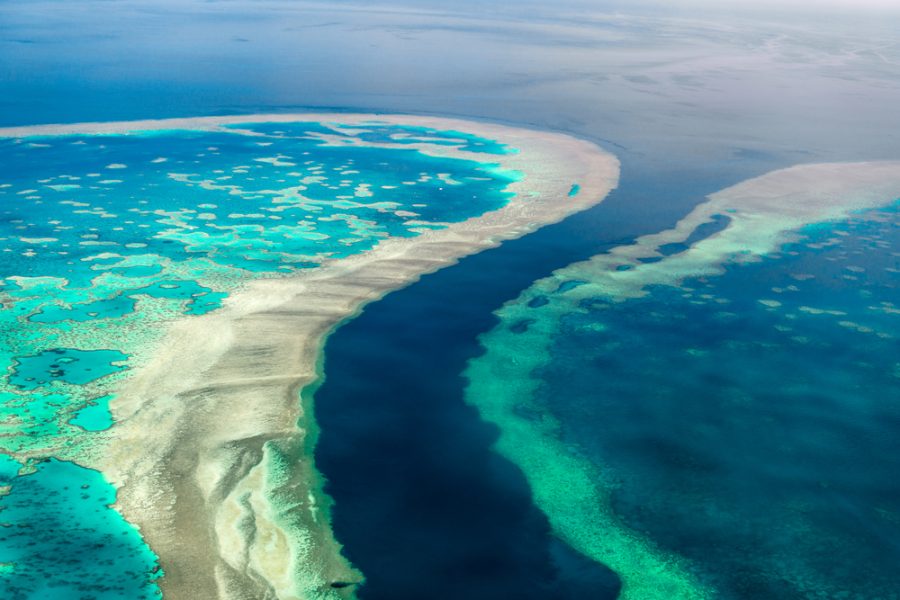 Australia’s where you’ll find the world’s longest coral reef. Pick a spot to explore: perhaps the most convenient option is to hop on a Quicksilver Cruise out of pretty Port Douglas. They can set you up to scuba dive or snorkel. If you don’t want to get wet, take a ride in their semi-submersible. Nearby, you can enjoy spectacular views inland as you travel on the Kuranda Scenic Railway. Alternatively, set foot in the Daintree, the world’s oldest tract of primary rainforest. An island stay is recommended for the best Great Barrier Reef experience. We recommend the rustic chic of Haggerstone Island or beachfront luxury on Lizard Island. 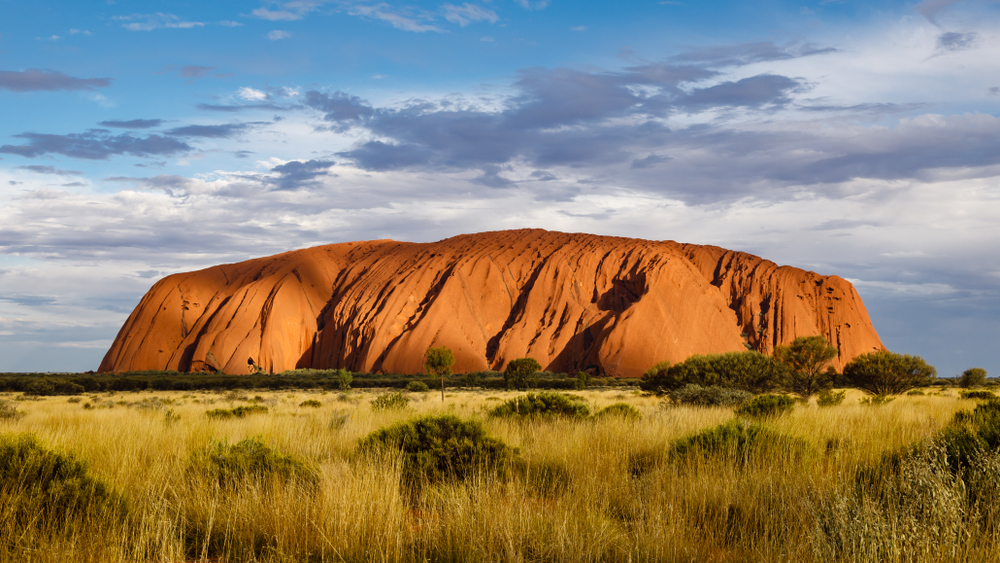 Australia’s favourite rock is extraordinary, marooned in a desert of red earth and scrub. As the light changes it’s one of the most beautiful sights on the planet. It’s not the largest monolith – that honour goes to Mount Augustus – but it’s probably the most awe-inspiring. Respect the cultural beliefs of the indigenous Anangu people by not walking over sacred sites. Instead let them guide you along the tracks of their ancestors. They will show you the rock art, flora and fauna that makes this such a special place. 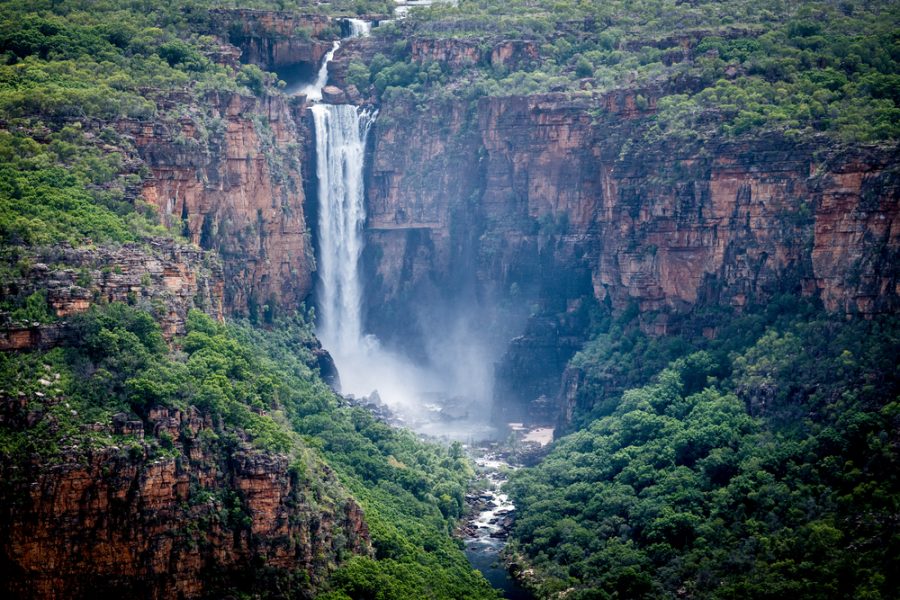 The Northern Territory is often overlooked by first-time visitors, but fly in and out of Darwin to explore two of the country’s most impressive national parks. Kakadu’s wetlands, sandstone escarpments and waterfalls supply the drama – particularly if you take a scenic overflight and look down on the landscape from the air. Katherine Gorge also boasts incredible scenery, the showstopper of Nitmiluk National Park. Make time for a canoe trip down river or a swim if you’re visiting in dry season and see freshwater crocodiles basking on the banks. In the wet, saltwater crocodiles enter the gorge, so stay well clear of the water at that time!

To make arrangements for your own, bespoke Antipodean adventure, get in touch with Mundana and we’ll be happy to help.