Tourism to the south east Asian nation of Cambodia has grown rapidly over the last decade. There were almost three times as many visitors in 2017 compared to a decade earlier. But many of those confine their trip to Angkor, missing many of the country’s other attractions. Here are Mundana’s picks for must see Cambodia. 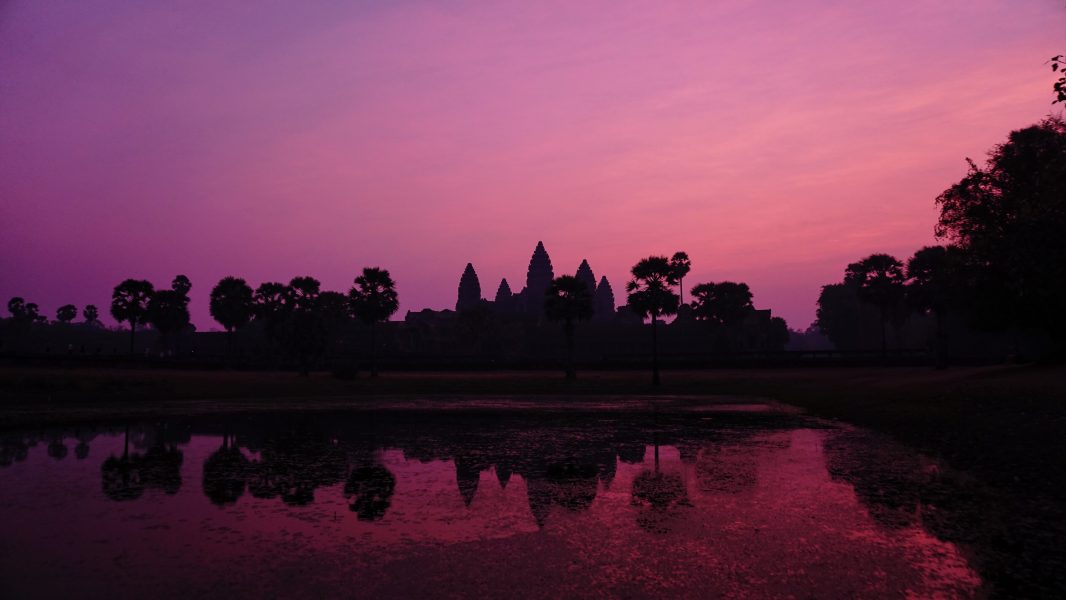 No trip to Cambodia should miss out the country’s number one attraction. Angkor flourished between the 9th and 15th centuries and was once the capital of the Khmer Empire. Now, the Angkor Archaeological Park awes visitors from around the globe who flock to see the ancient temples in this lush jungle setting. Once you’ve ticked off the main sights of moated Angkor Wat, the stones of Ta Prohm entwined with fat kapok roots and the serene faces of the Bayon, we recommend you head off the beaten track. Hire a car and driver who will take you to the more distant sights, including the spectacular seven tiered pyramid of Koh Ker. 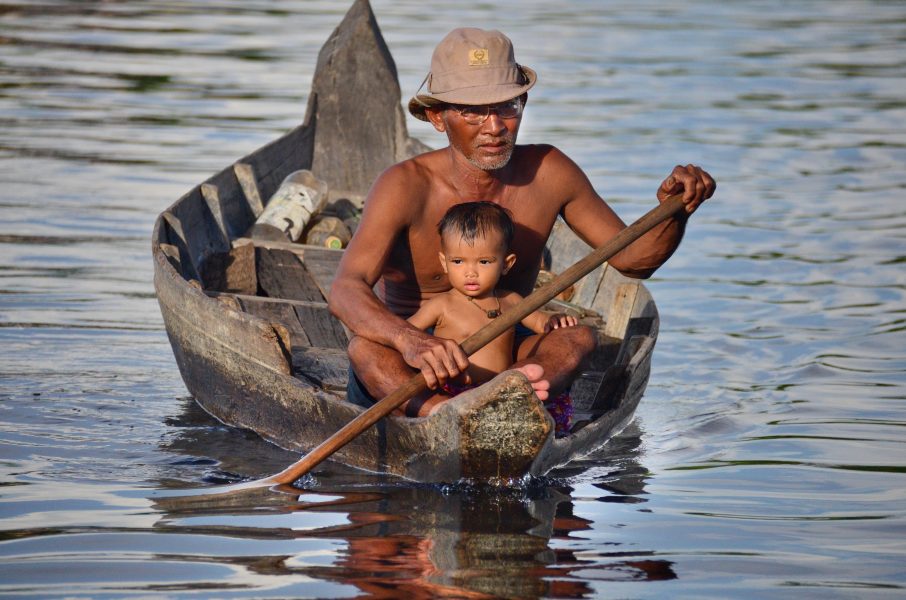 The Tonle Sap is an easy day excursion from Siem Reap but shows an entirely different side to this charming nation. The lake is fed by water from the Mekong River. When the river is in flood, water is forced back into the lake, making the water level rise spectacularly. As a consequence those who make their living fishing from the lake reside in houses tottering on stilts, or base themselves on houseboats. A visit affords a fascinating insight into their way of life. 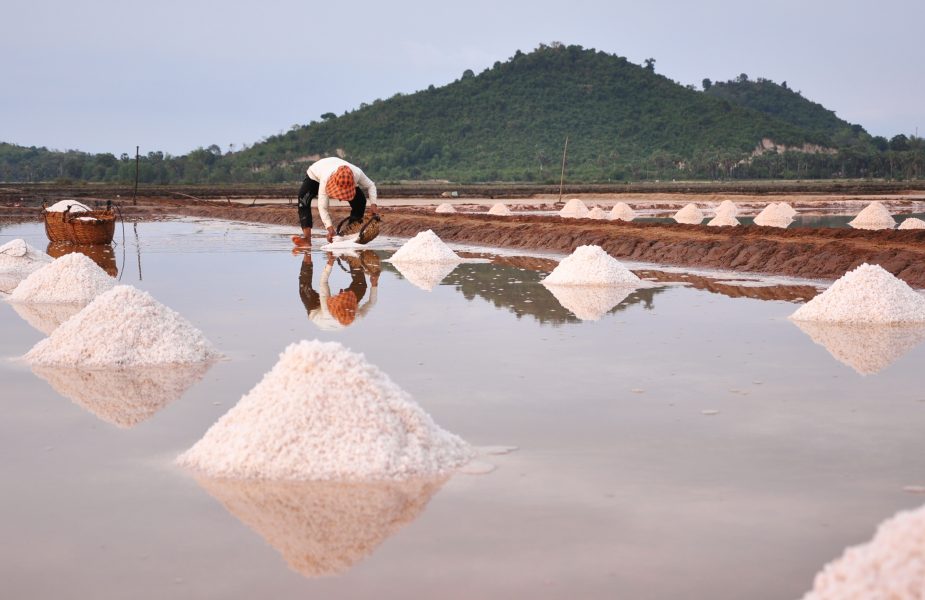 The waterfront town of Kampot was once Cambodia’s most important sea port. Lying a short distance inland of the Gulf of Thailand, the French colonial architecture is a delight to photograph. One of the most popular activities for tourists is a visit to the nearby salt and pepper farms. Durians are also important here and you’ll see a giant statue of this notoriously smelly fruit on a roundabout in town. Kayak through the mangroves for a relaxing way to see the surrounding countryside. Sunset, with a backdrop of the Elephant Mountains, is a stunner. Grab a sundowner and watch what’s surely one of Cambodia’s prettiest views. 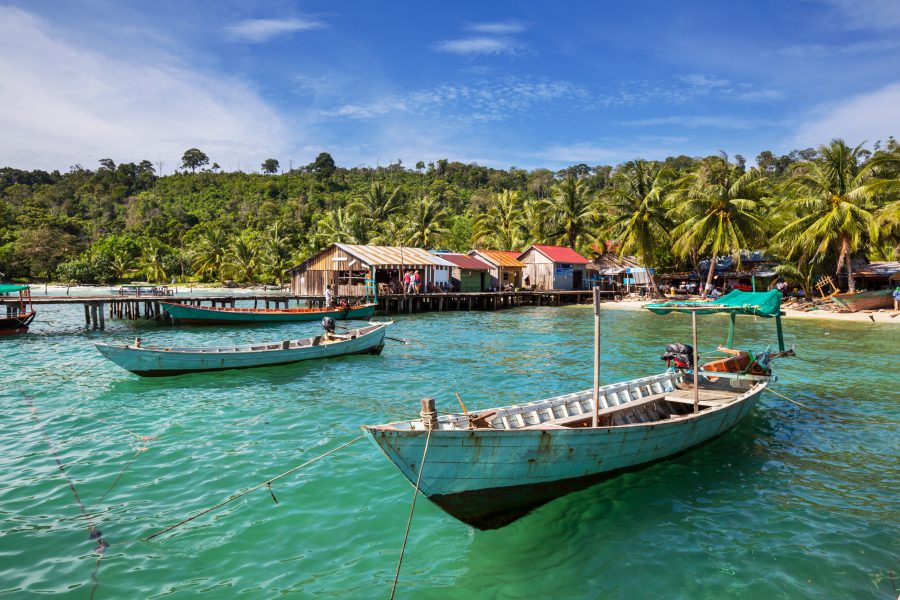 A half hour away from Kampot is Kep. It grew to prominence as the retreat of the French colonial elite who built their seaside mansions there. Half a century later, it was popular as a destination for the country’s high rollers. These days, it’s a sleepy place with a clutch of delightful boutique hotels. It’s well known for its seafood, particularly crab, and for nearby Kep National Park where a plethora of hiking trails is just begging to be explored. Just offshore is the tranquil Koh Thonsáy, known as Rabbit Island. Pack a picnic and catch a boat over to the island for the ultimate escape. 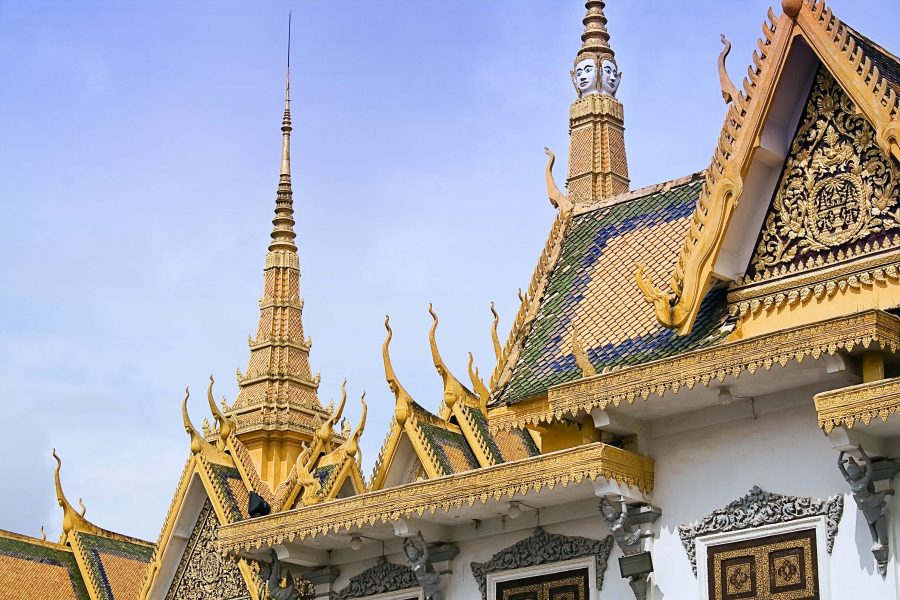 A visit to Phnom Penh is a must for those seeking to make sense of Cambodia’s turbulent recent past. Though harrowing, an excursion to Toul Sleng Genocide Museum is a valuable lesson on Cambodian history. The Killing Fields, at Choueng Ek, are equally painful to visit. Back in the city, the Royal Palace and bustling market will prove what an engaging capital Phnom Penh is. Nowhere is it more charming than along the Riverfront district where cafés, bars and restaurants throng with people day and night. Don’t miss Sora on the 37th floor of the luxurious Rosewood Phnom Penh for what’s surely the most incredible view across the capital. 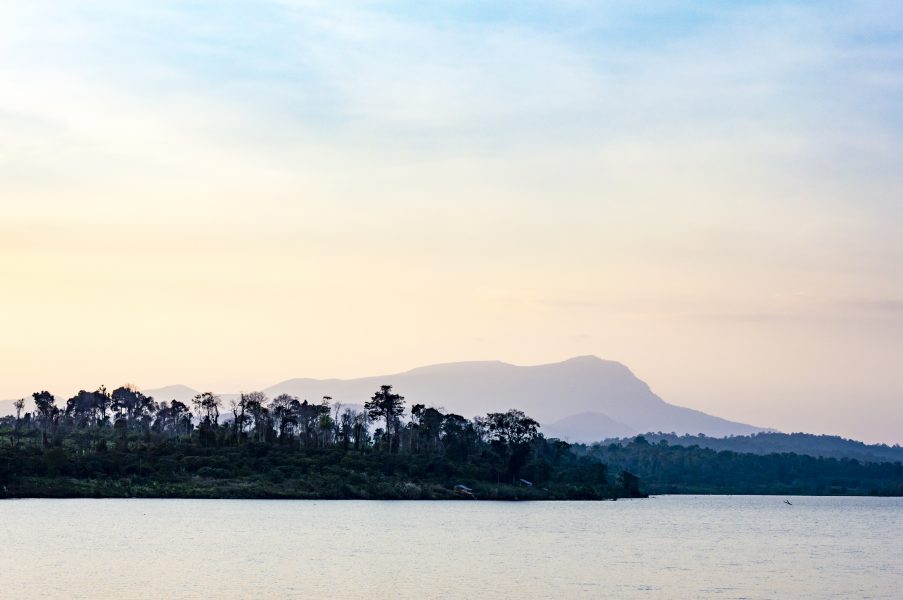 The pretty Cardamom Mountains are barely on the tourist radar but that shouldn’t be a reason to leave them off your itinerary. Pencil in at least a day at Kirirom National Park, where dense pine forest conceals hidden waterfalls and freshwater lakes. Hike or cycle through this idyllic tract of woodland where the cool air is a refreshing change from the heat of Angkor. The southern part of the Cardamom Mountains are home to the Preah Monivong National Park. This protected area is best known for the Bokor Hill Station, built by the French in 1921 and long since abandoned.

If we’ve whetted your appetite, give one of Mundana’s Asia experts a call and create a bespoke Cambodia itinerary today.