M
a
g
a
z
i
n
e
In many respects, Alsace is a strange place: a hybrid of France and Germany, the result of a chequered history which saw the region passed back and forth many times. But that difficult past manifests itself in a region that’s fascinating to visit and a delight to explore. In spring, trees laden with blossom make early season hikes a pleasure. By summer, the window boxes of city restaurants overflow with colourful flowers. Early autumn brings the grape harvest in this wine-growing region and winter, of course, is a joy with its many Christmas markets. Come any time: here are Mundana’s suggestions for must-see Alsace. 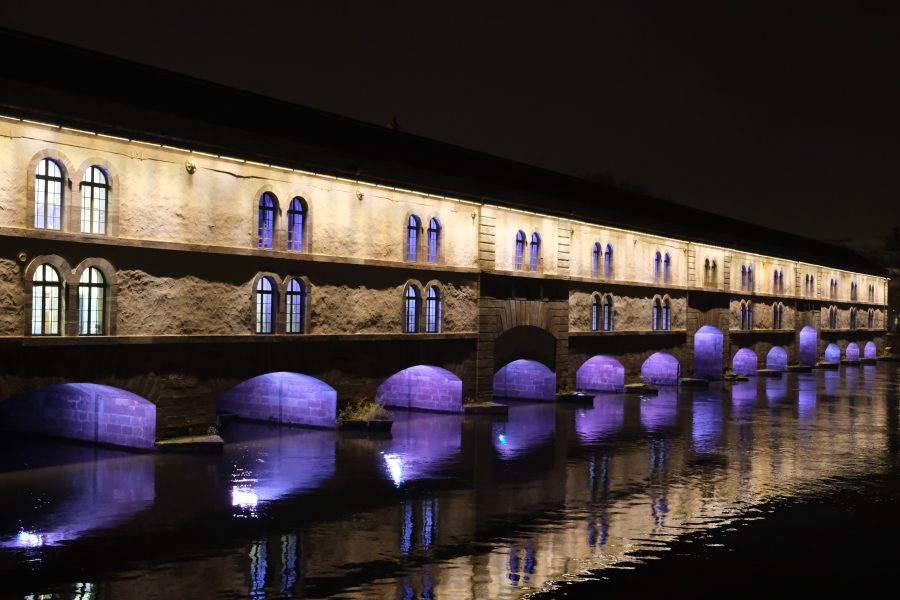 Strasbourg’s home to the European parliament, but it’s the old town areas of Grande Île and Petite France that attract visitors in their droves. The best way to get your bearings is to take a boat trip along the river and canals. From the water, you’ll be able to appreciate the city’s beauty and understand about its development. Back on dry land, visit the beautiful cathedral and Maison Kammerzell. Though very different, they rival each other with their intricate architectural detailing. Stroll across the Ponts Couverts, no longer covered, and admire the view from atop the Vauban Dam. Learn about the region’s unique culture in the Musée Alsacien. Later, explore quiet back streets leading to busy pavement cafes and lively bierstubs serving tasty tartes flambées. 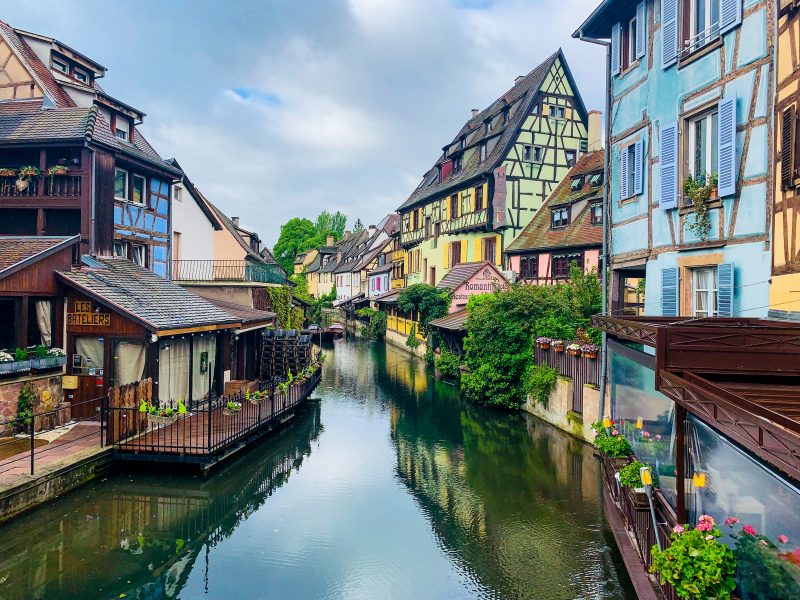 Somehow it’s still possible to find a tranquil spot in Colmar despite the hordes of tourists that flock here year-round. Flat bottomed boats ply the waterways of La Petite Venise, where colourful timber-framed buildings crowd the banks of the canals. A stone’s throw away, trees overhang the water and you’ll swap the hum of traffic and chatter for the honk of swans who’ll race you from bridge to bridge. Take a stroll to explore more of this uber-quaint town, just half an hour by train from Strasbourg. No matter what time of year you visit, though, it won’t be enough and you’ll want to come back for a return trip. 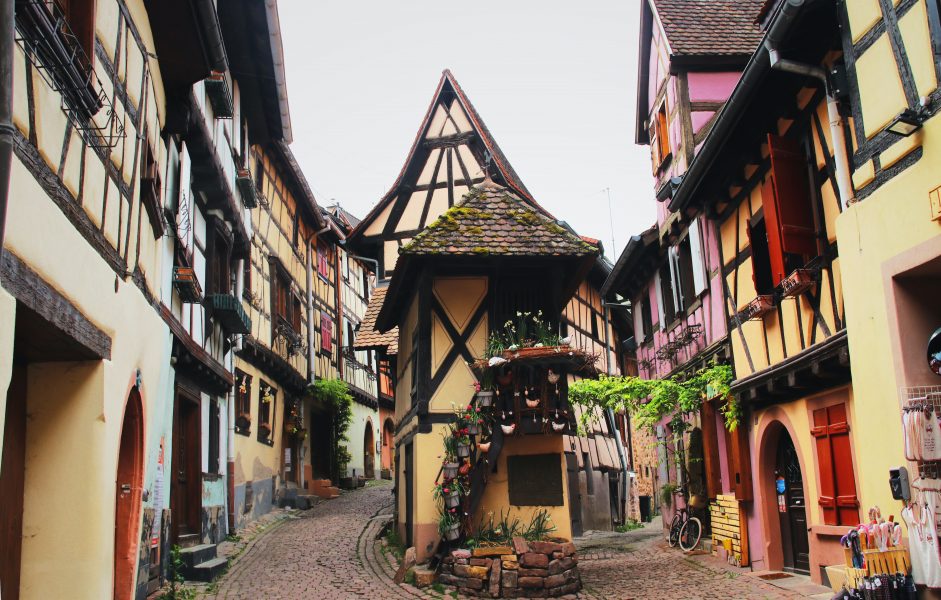 Sometimes the joy of a place is simply to wander until you get lost. In a place as small as Eguisheim that’s almost impossible, not least for the easy to navigate circular pattern of its old town streets. But you’ll still have a smile on your face as you stroll along the cobbles between charming half-timbered houses painted in pastel shades. Look up: stork nests are a common sight on chimney pots and rooftop spires. Take a break in the central square to indulge in an al-fresco lunch and a spot of people watching. Another essential experience here is a tasting session in one of the village’s wineries. 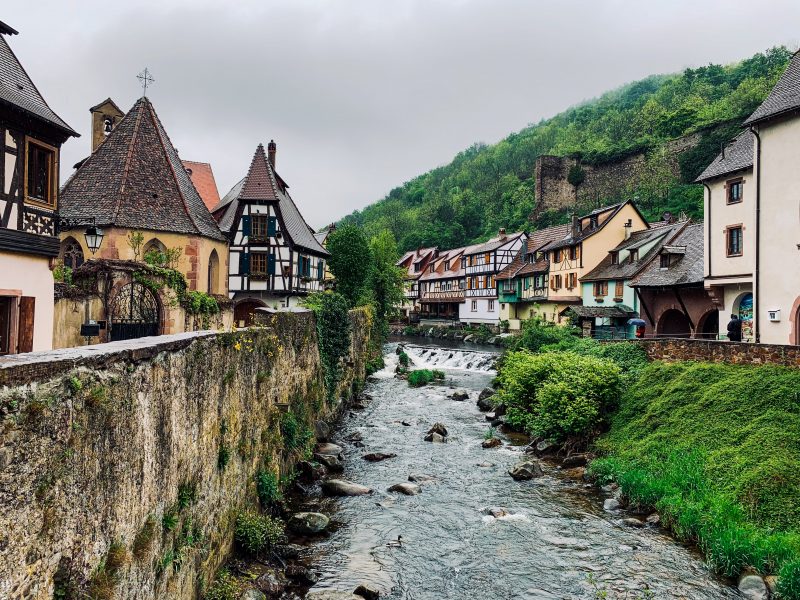 Kaysersberg’s name translates as Emperor’s Mountain and the town is overlooked by a fortress that reminds tourists that this was once very different to the serene place it is today. The ruined 13th century castle is one of Kaysersberg’s top sights, along with several churches and chapels. Cross the river on the 16th century stone bridge known as the Pont Fortifié to admire the plethora of quaint half-timbered buildings in its mediaeval core. Three of the best preserved are Maison Herzer, Maison Faller Brief and Maison Bohn, so make a point of seeking them out. 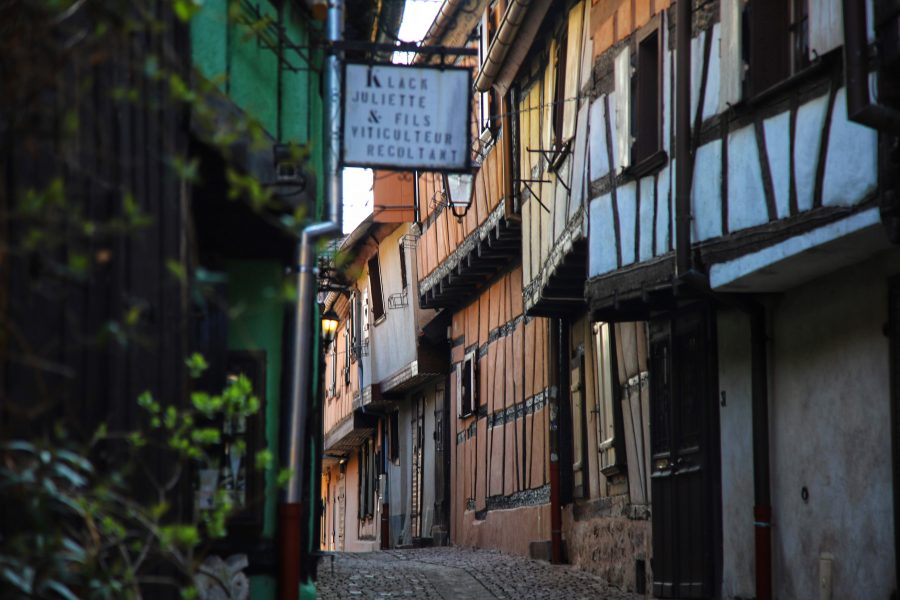 Just when you think you’ve had your fill of pretty little villages on the Alsace Wine Route, you stumble across another one. It’s worth stepping inside some of these historic buildings to learn a little about what makes the place tick. At the Musée du Dolder, inside the 13th century Dolder Tower, inspect a collection of antique weaponry. Meanwhile, at the 16th century Maison de Vigneron, you’ll find winemaking equipment and a recreated kitchen. If you have the stomach for it, the 14th-century Tour des Voleurs, once a prison, has a display of torture instruments.
Why not let Mundana team plan you an itinerary that takes in the highlights of the Alsace region?

The Victoria Falls: Nature in all its majesty where Zim meets Zam

The Victoria Falls: Nature in all its majesty where Zim meets Zam