In the Atlantic Ocean off the coast of North Africa is one of Portugal’s most beautiful archipelagos. The largest of its islands is Madeira, easily reached by air and a popular destination for cruise ships bound for the Americas. It’s volcanic in origin, with all that means for dramatic scenery – not to mention one of the world’s most thrilling airport runways. Come for a long weekend or a couple of weeks, but expect to find yourself addicted. Here’s why. 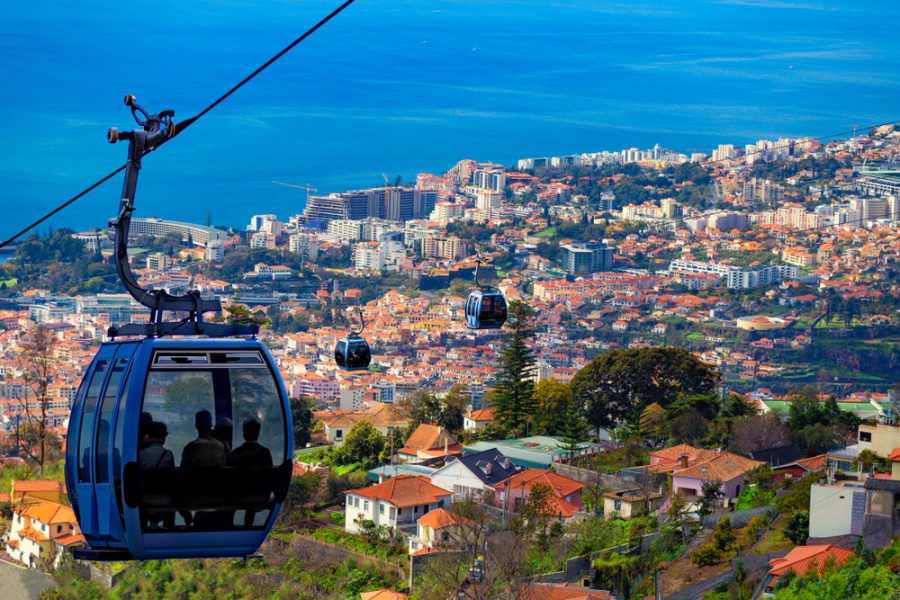 Flat land might be hard to find in Funchal, but it’s not short on charm. The island’s delightful capital boasts an old town bursting with cafes, bars and restaurants with open air terraces ideal for capitalising on the year-round warm weather. The botanical garden and Monte Palace gardens, both reached most spectacularly by cable car, will inspire even the most reluctant gardener. Head down to the central market to pick up some bulbs to take home for your own outside space. There’s no beach to speak of, but that doesn’t mean you should avoid the waterfront with its walkable promenade. The characterful streets of the old town are just a stone’s throw away, the painted doorways a clue to the value placed on art and culture. 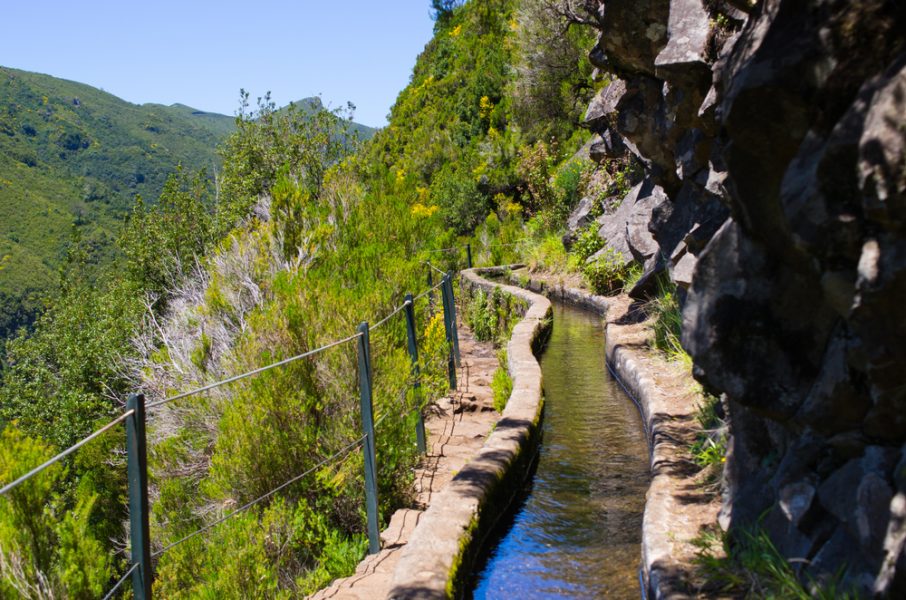 The island’s mild climate and vertiginous geography combine to make this a hiker’s paradise. Narrow channels known as levadas, some dating from the 16th century, carries water to irrigate fields and bring crops such as bananas and sugar cane to life. Absolute beginners can start with a number of easy walks on the flat, such as the trail that leads through dappled shade to the breathtaking vistas of the Balcões viewpoint. Hop on a bus bound for Curral das Freiras but jump off at the Eira do Serrado viewpoint and finish off the final approach on foot down a steep cobbled path boasting views to die for. The slightly more challenging Levada das 25 Fontes rewards the extra effort with waterfalls and a magnificent lagoon.

Discover the rural charm of the quieter north 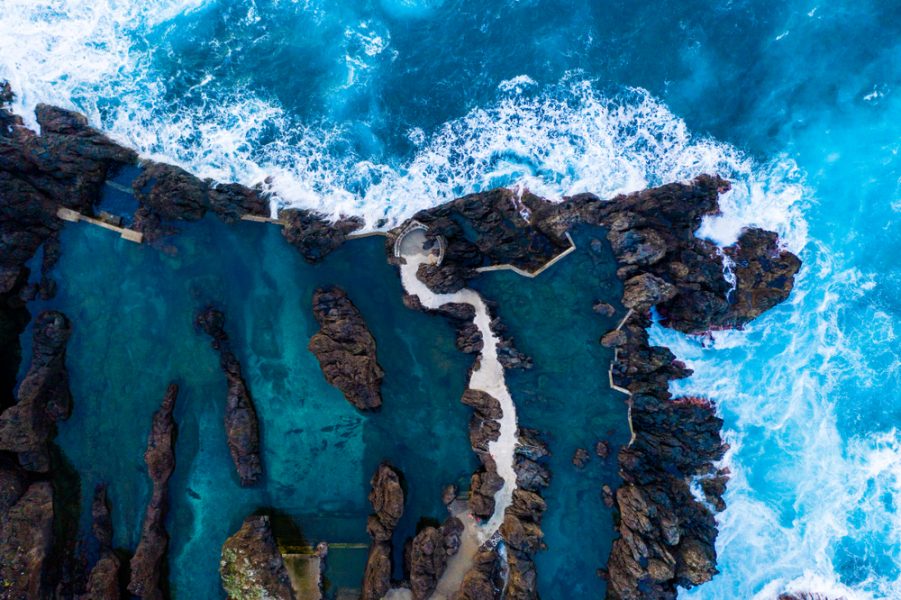 While most visitors base themselves on the south coast, the quieter north warrants at least a day trip. The village of Santana is known across the island for its unusual A-framed cottages. The best preserved are easy to find, grouped around a plaza brimming with flowers – one’s even the tourist information centre. But take a walk down the side streets and you’ll find those which are still private houses. Further west, São Vicente is a sleepy little place with a quaint church and a cluster of pavement cafes. But the jewel in the north’s crown is undoubtedly Porto Moniz, where the waves break dramatically over natural rock pools formed from cooled lava. 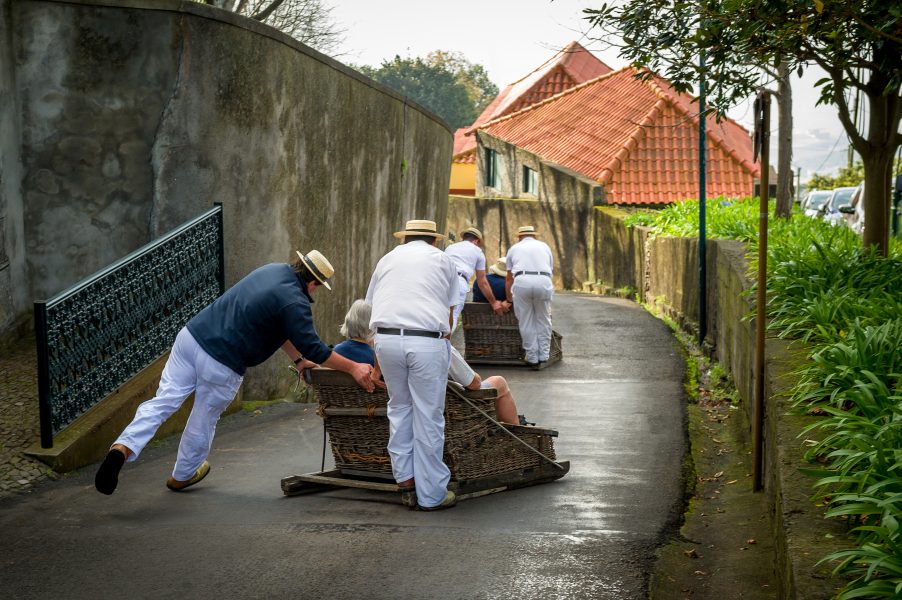 One of Madeira’s most famous attractions is a tradition that started well over a century ago. The steep gradients made getting around tough, so wicker toboggans were not only practical but a fun solution too. Today, a pair of gentlemen in straw boaters and white slacks drag and guide their carts at speeds of up to 30 miles per hour on a thrill ride which is unique to this part of the Atlantic. Spotters on street corners are a reminder that these are regular streets – it’s entirely possible that you’ll need to give way to passing cars.

Eat, drink and be merry 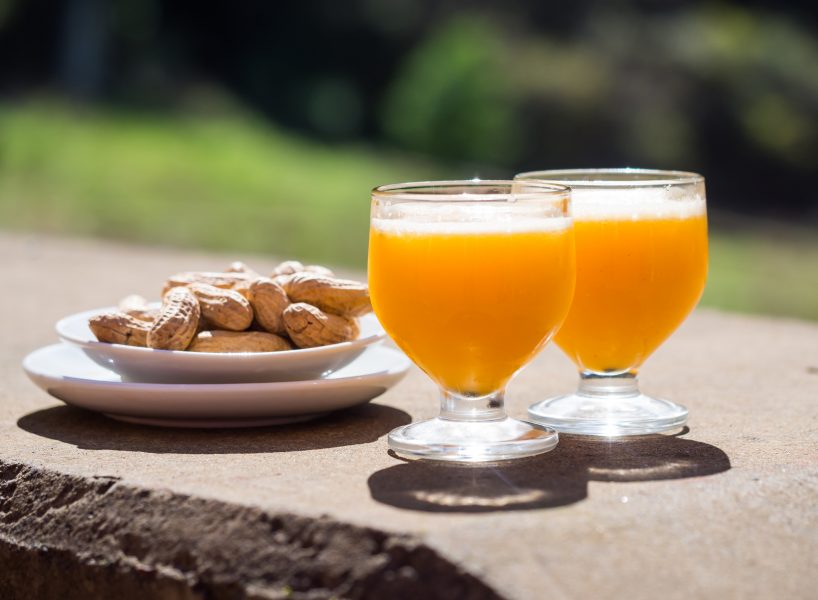 Ample rainfall and fertile volcanic soils ensure that the island’s a paradise when it comes to fresh local produce. The sea takes centre stage too – there’s no shortage of decent seafood restaurants on the island. One dish you’ll find over and over again on the menu is scabbardfish and banana, which tastes better than it sounds. Poncha, a potent cocktail blending aguardente de cana, orange juice and honey, is a must-try, but a flight of beers from the island’s brewery makes for a refreshing change. Leave room for the mainland sweet treat pasteis de nata; these delicious custard tarts are found in every island bakery and are best eaten while still warm. Just don’t come looking for madeira cake which was named for the fortified wine it accompanied. instead, Madeirans bake bolo de mel, a sticky rich fruit cake.

Mexico: From the capital to Cabo

Mexico: From the capital to Cabo