In search of the Roman Empire - Mundana
Mundana

In search of the Roman Empire

Everyone knows that Italy is stuffed full of the ruined remains of the Empire that once looped the entire Mediterranean region. From the giant Colosseum in Rome to the cart ruts in the excavated streets of Pompeii, there’s plenty for fans of antiquity to visit. But the remnants of this once great Empire can be found scattered far and wide. What follows is a brief guide to some of the other must-see but sometimes overlooked Roman Empire sights left behind by these intrepid conquerors.

The extensive remains of the Roman settlement at Jerash are worth exploring for the view across to the modern city, let alone for their own merit. The towering arch you’ll see as you enter is the Triumphal Arch of Hadrian, built to welcome the Emperor when he visited in 129-130AD. The site’s elliptical Forum is also very special reached by walking along the well-worn Cardo, or colonnaded street. Sadly, the re-enactments of gladiator fights and chariot races that used to take place here have been put on hold due to falling tourist numbers, but the place is still worth your time. 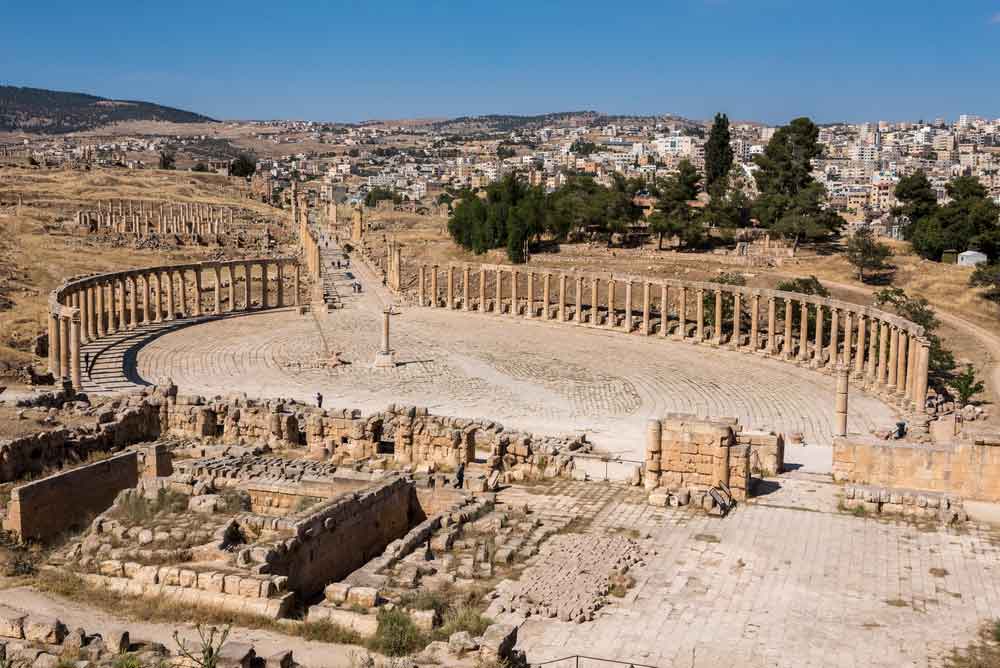 The UNESCO-listed amphitheatre in El Djem is the largest in North Africa with an original capacity of 35,000 spectators. Built in the 3rd century, it has no foundations and is built entirely out of blocks of stone. Despite this, it has survived the ravages of time and still features an intact podium wall, underground passages and arena. It’s also a reminder that fortunes can change: the Roman city of Thysdrus was much more important than the tiny village that stands today. 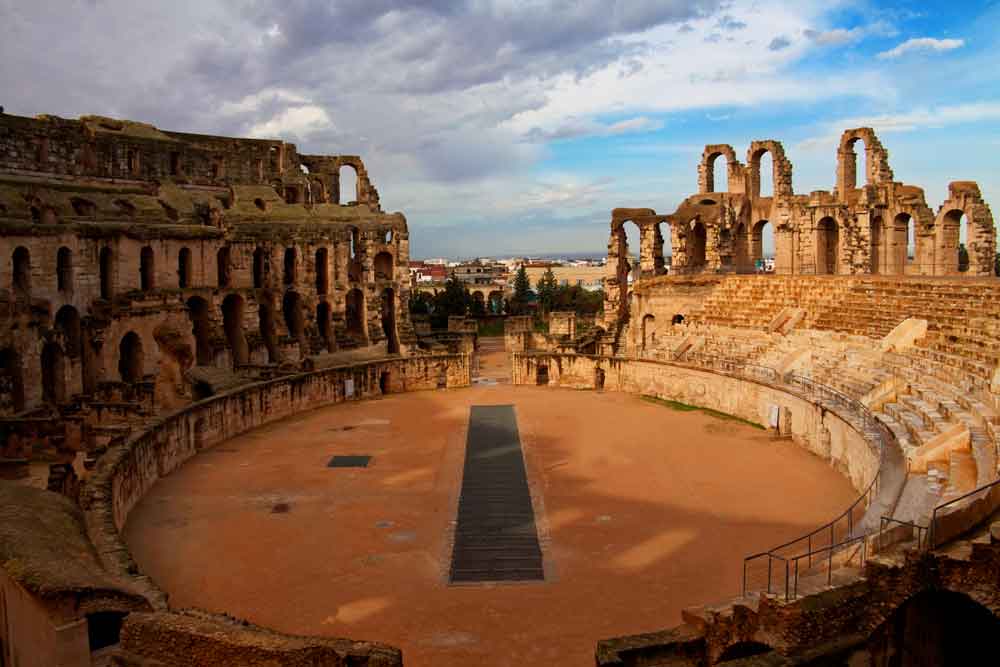 Few people realise that Rome’s reach stretched as far as the Iberian Peninsula, but the wealth of ruins that await visitors to Mérida will impress. This small town in the little visited Extremadura region is littered with all sorts of buildings, but the most impressive of all is its grand amphitheatre, built in 8BC to hold a crowd of 15,000. Adjacent stands a restored theatre, its stage flanked by several headless statues of deified emperors and a short walk away the impressive Temple of Diana interrupts an otherwise ordinary shopping street. 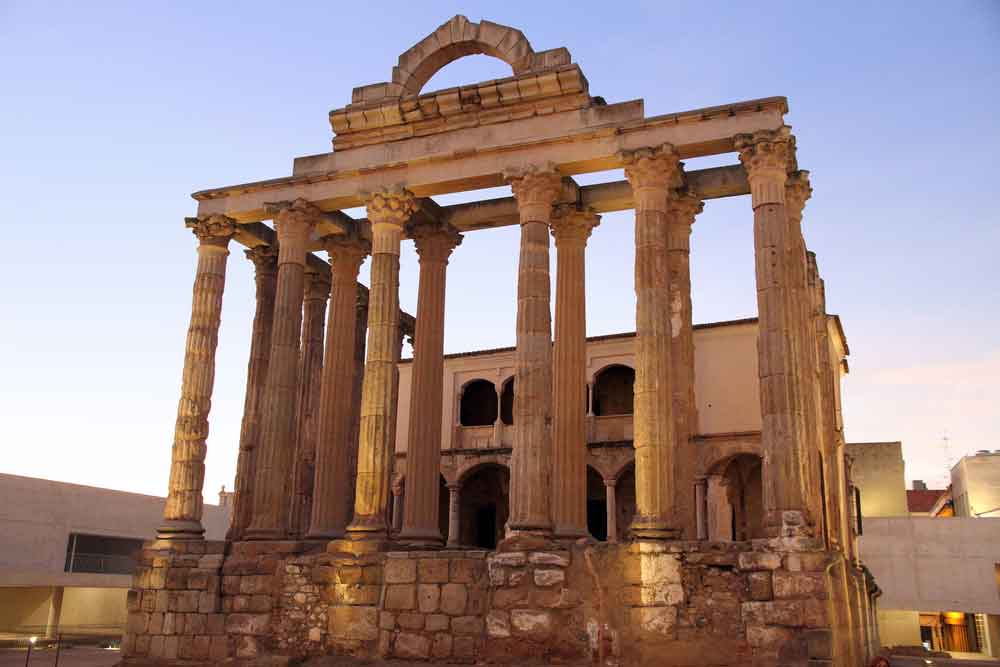 The arena in Pula was regularly used for gladiator fights until the Emperor Honorius banned such events in the 5th century. It had been built several centuries earlier, in the 1st century, making it a similar age to the one in Rome. It was large enough to hold about 20,000 spectators. Although, in its present use as a theatre and concert venue, its capacity has shrunk to around 5,000. It’s the best preserved ancient site in the country. It featured on the reverse of the 10 Kuna bank note. Despite this, some of its stone has found its way to other buildings in the city, such as being used for the foundation stones of the belfry of the city’s cathedral. 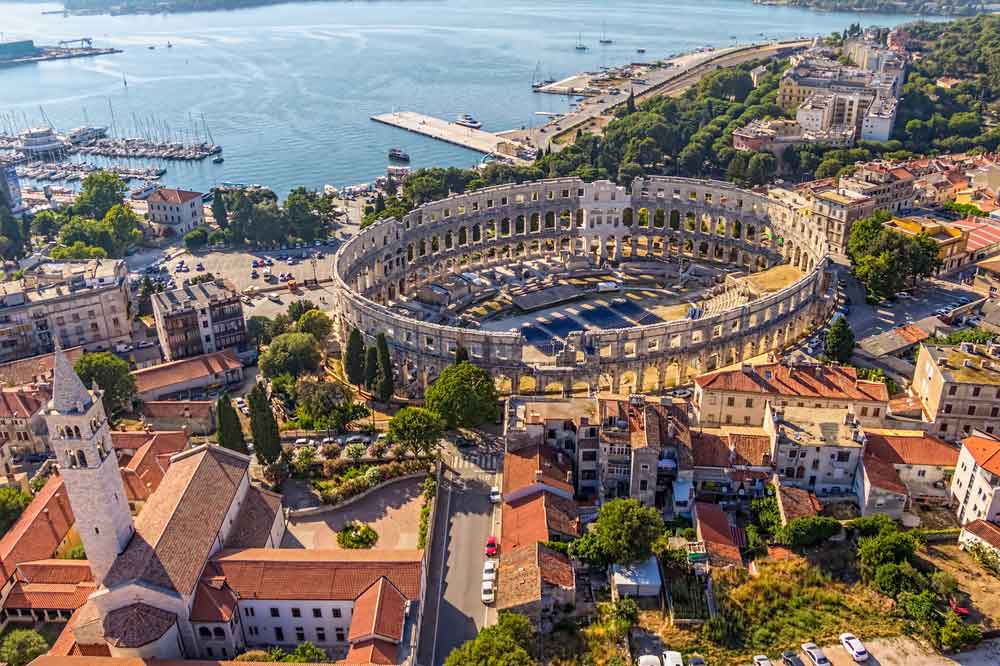 The casual visitor to Plovdiv could be forgiven for thinking that the old town is purely mediaeval. You only have to look at its half timbered houses lining narrow cobbled streets. Tucked away up a hill rising from the historic centre of Plovdiv, however, you’ll find a small open-air theatre. The horseshoe-shaped seating encloses a stage. An orchestra would have performed there too. But the crazy thing is that the theatre was only uncovered in the 1970s following a landslide. For many centuries it had been buried under almost five metres of soil and no one knew it was there. 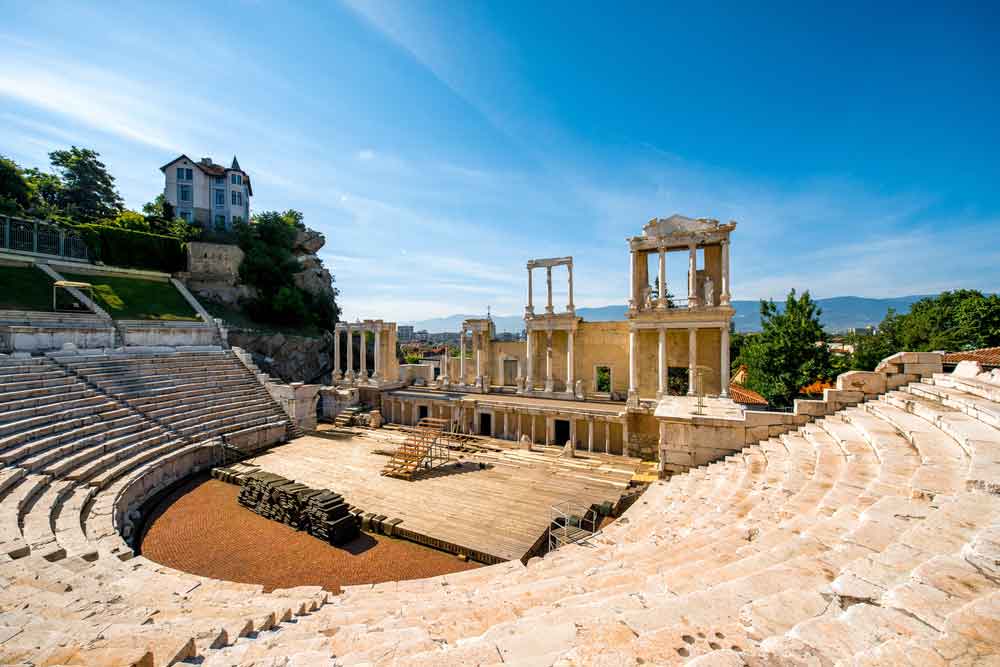 For a time, the Roman Empire stretched north to the UK. Top of the list of Roman sites in the country are Bath’s baths. The thermal springs that feed the city were exploited by the Romans. As a consequence, Bath became one of the great religious spas of the ancient world. Constructed in about 70AD, the temple dedicated to the goddess Sulis Minerva stands above the courtyard. Over a million litres of water heated naturally to a temperature of 46°C fill the baths today, just as they have been for almost 2000 years.

Tempted to bring history to life? Why not let Mundana suggest a perfect Roman holiday for you?

In search of the Roman Empire