In search of little England

The UK’s largest country is also one of its most diverse, its countryside littered with chocolate box villages set against a backdrop of impossibly quaint rural scenes. There‘s too much to see in a single trip, but to get you started here are some of our favourite destinations in the heart of the English countryside. 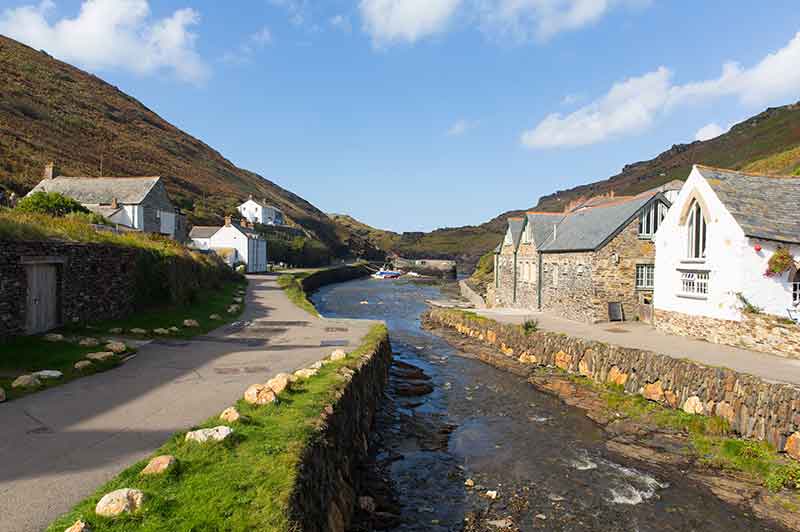 There’s no shortage of picturesque harbours to explore in England’s most south-westerly county, Cornwall. Boscastle just so happens to be one of the prettiest. The rivers Jordan and Valency converge just above the town. A coastal path leads you along the water’s edge to the sea. On the way, stop at the Museum of Witchcraft and Magic. Most of its exhibits relate to the field of folk magic as well as covering such fascinating topics as witch trials and ceremonial magic. Next door, you’ll find the visitor centre. It has an interesting exhibition of photographs and clippings related to the terrible floods of August 2004 which did considerable damage to the village in a matter of hours.

Painted by the artist John Constable, Dedham Vale straddles the border between the East Anglian counties of Essex and Suffolk. On the banks of the River Stour you’ll find Flatford Mill. It was once owned by the Constable family. A working mill for centuries, it’s now owned by the National Trust. They are responsible the preservation of its historic character. In summer, take a boat trip down to the nearby village of Dedham where you’ll find the half-timbered cottages, Georgian townhouses and old coaching inns that characterise this part of the country. 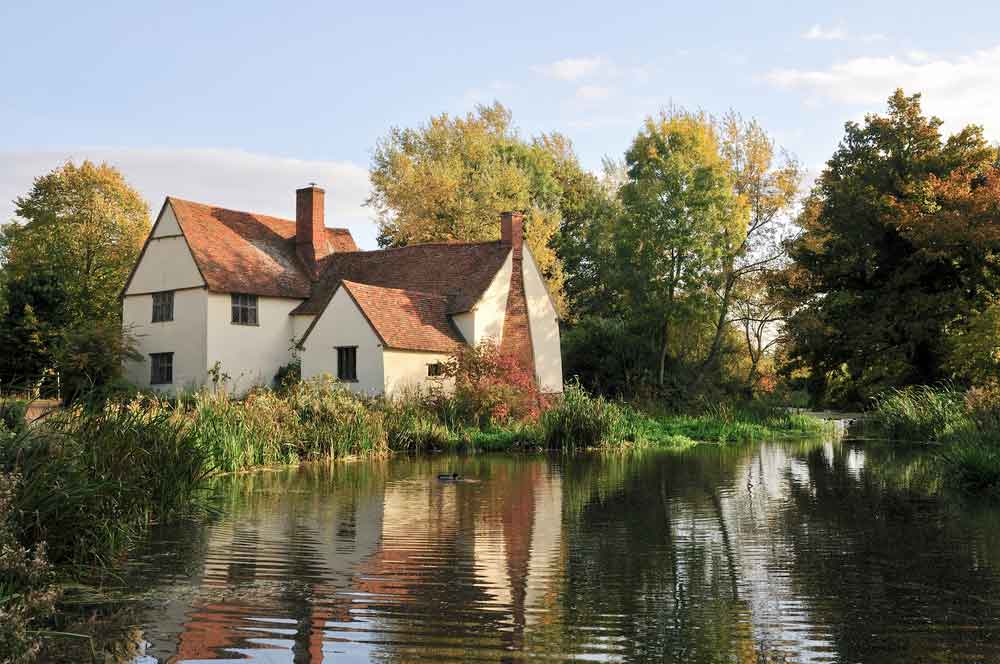 Located in an Area of Outstanding Beauty, the villages of the Cotswolds draw visitors in their thousands. Many come to see the distinctive yellow limestone used in the construction of their charming cottages. A stroll through the main streets of villages like Bourton-on-the-Water and Stow-on-the-Wold is enough to satisfy many. Also, don’t miss Sudeley Castle at Winchcombe with its delightful gardens or one of the area’s many grand houses, which are well worth the diversion. Try Tudor Owlpen Manor, the Gothic revival Woodchester Mansion or the Victorian Quarwood to get you started. 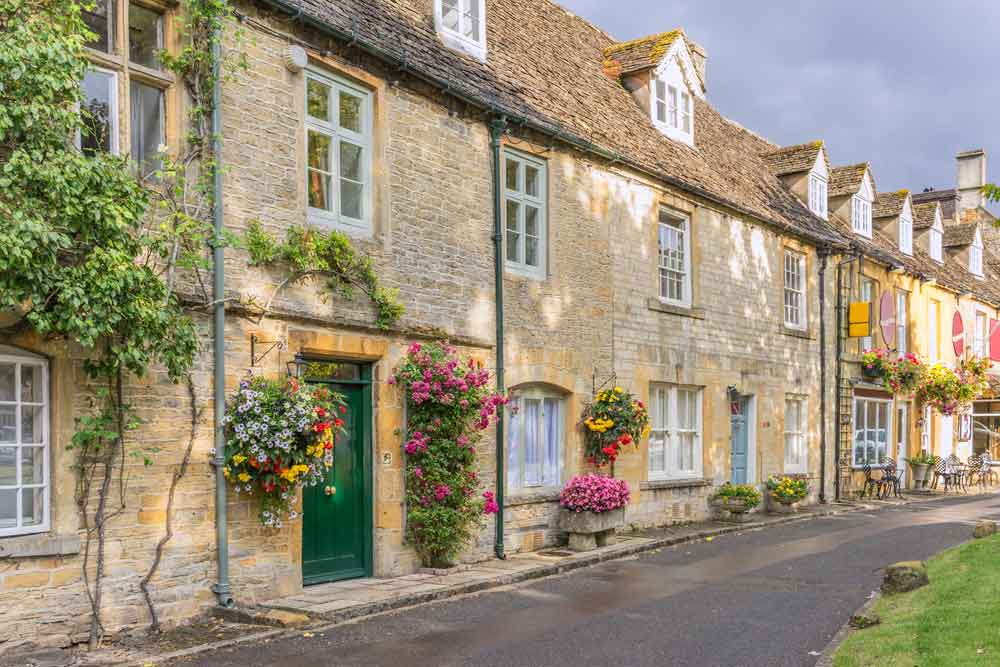 On Ilkley Moor baht ‘at, go the lyrics of the famous song. If you visit in winter you’ll be in need of such a hat to keep the chill off your ears. In summer, however, a ramble past the Tarn and up to the iconic Cow and Calf rocks is as good as it gets. The views from the top stretch for miles over the beautiful Yorkshire countryside. Back in the centre of this bustling market town, you’ll find a branch of the famous Betty’s tea rooms, a fixture in these parts since 1919. Try a typical Yorkshire treat such as a Fat Rascal, locally baked gingerbread or a fruited loaf steeped in Yorkshire Tea. 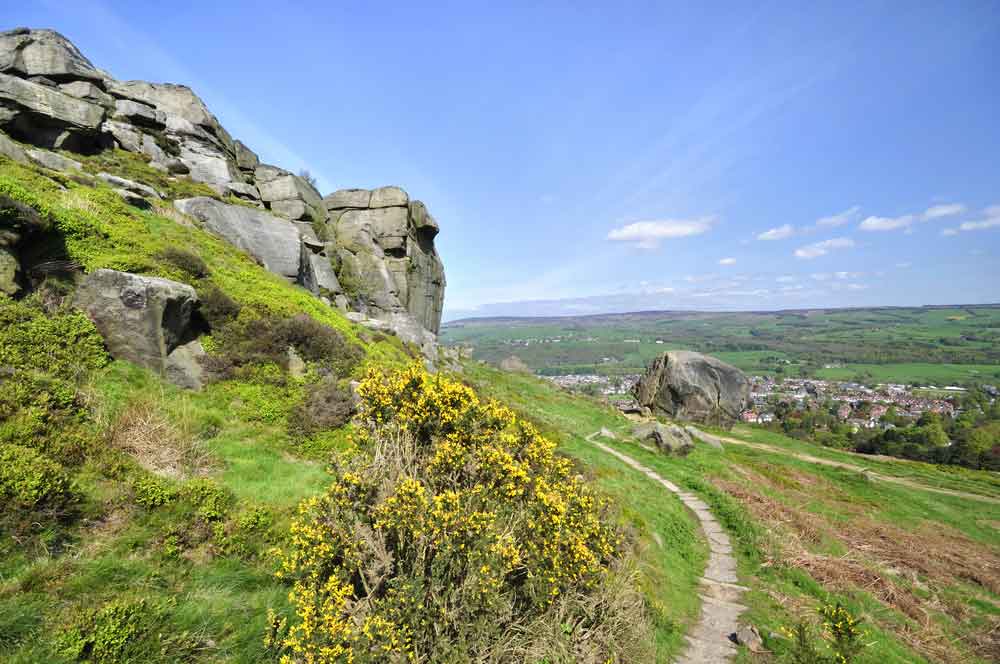 Dorset, a gem of a county located on England’s south coast, has a plethora of quaint villages and market towns to attract the visitor. Corfe Castle is one of the best. Its 1000 year old ruined castle survived the Civil War to perch atop a hill just on the edge of the village. It affords fabulous views over the surrounding farmland. Make sure you spot the railway tracks below; it’s not uncommon to see the smoke rising from one of the steam trains that ply the route from Norden to Swanage. They pass through Corfe Castle’s tiny station on the way. 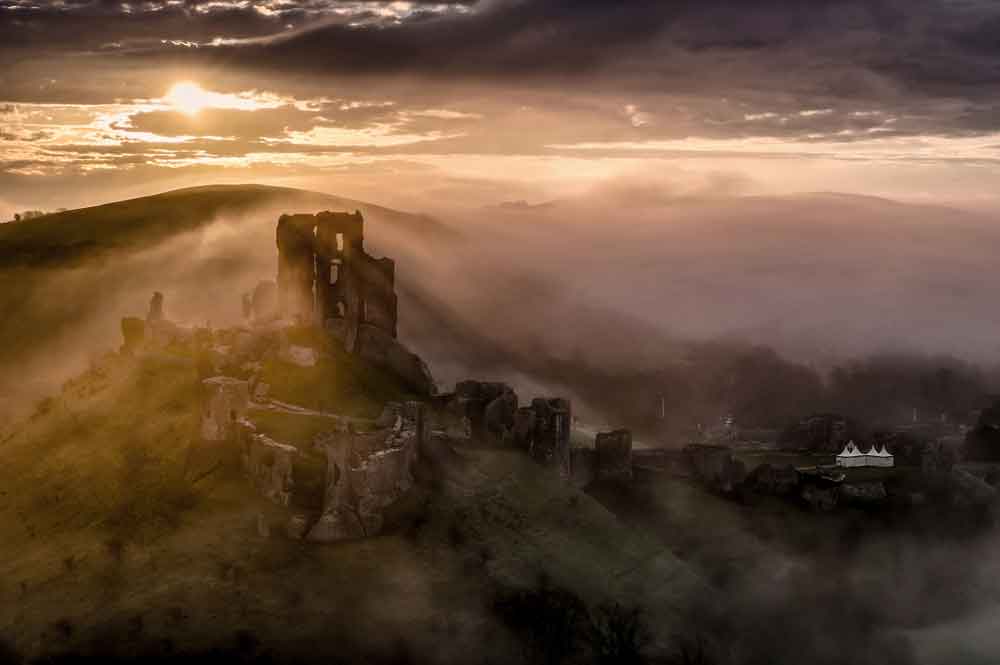 One of England’s stunning National Parks, the Lake District is home to many pictureseque villages. The pick of the crop is Grasmere, where you’ll find poet William Wordsworth’s home, Dove Cottage. Another house with a literary connection is Allan Bank, also home to Wordsworth and later National Trust founder Canon Rawnsley who inspired some of Beatrix Potter’s beloved tales. The village is also closely associated with gingerbread. Delicious baking aromas have wafted down Grasmere’s lanes since Sarah Nelson set up business back in 1854, selling her wares to passersby from a makeshift table balanced on a tree stump. 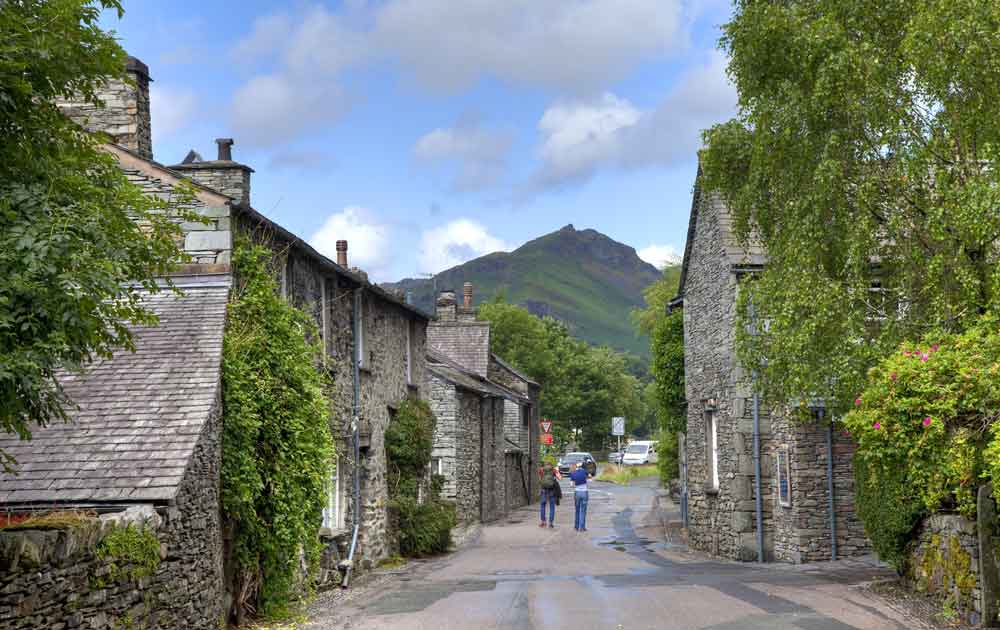 Picking the right part of England for your holiday isn’t always easy. Fortunately, Mundana are on hand to help smooth the way.

In search of little England