Iceland’s justifiably popular for holidaymakers seeking something a little more interesting than a fly and flop vacation. But one trip to this North Atlantic gem won’t be enough. Here are Mundana’s suggestions for some off the beaten track attractions to set you up for a return visit. 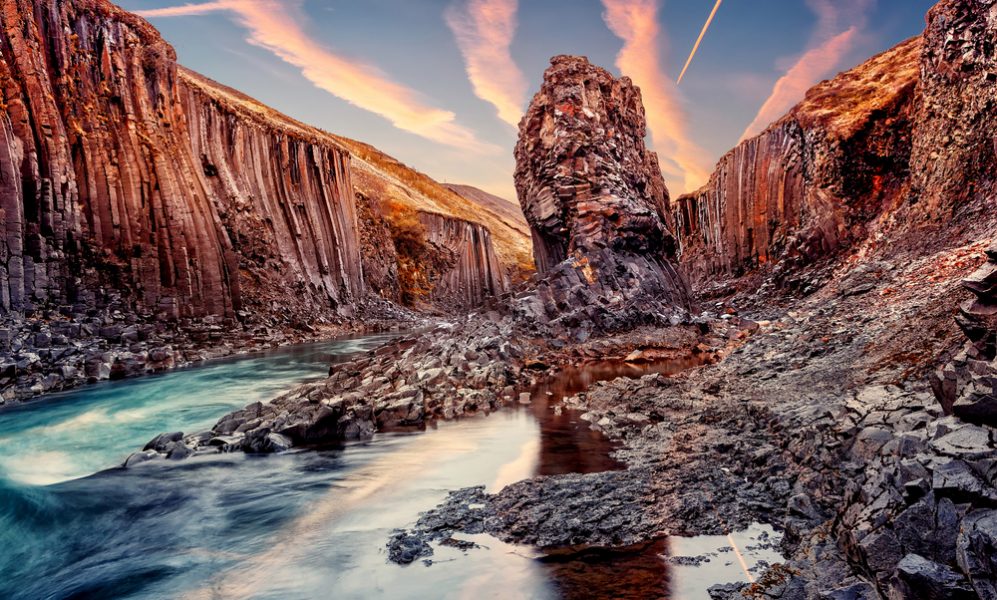 This place is all about the colours. Until just a few years ago, this incredible canyon was hidden under a raging river. But then a dam was built upstream and the water level dropped to reveal the most incredible basalt cliffs. Those columnar rocks with their reddish pigment are set off to perfection by the vivid turquoise of the glacier-fed stream that saunters through this spectacular valley. 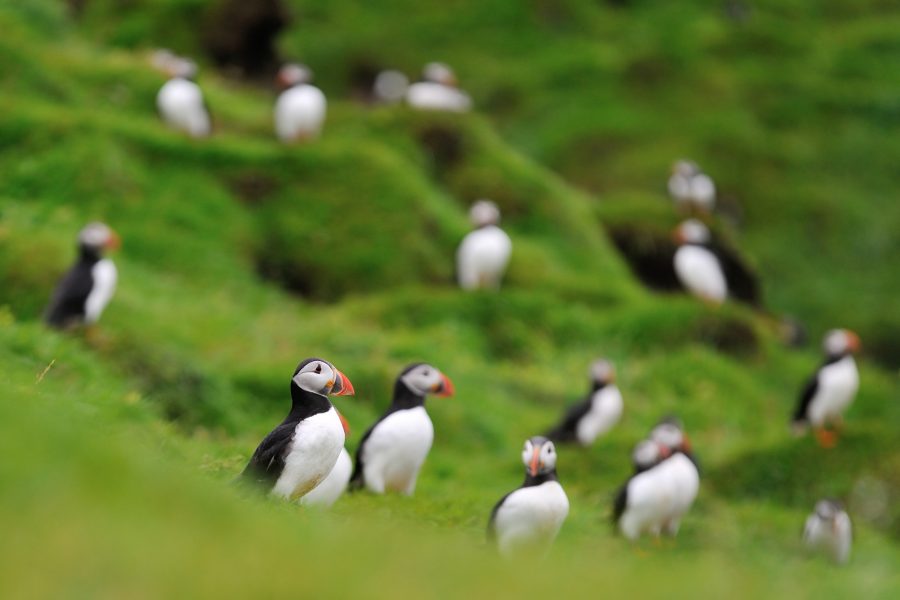 There are several places where, in summer, you’ll have plenty of chance to see these comical birds. Catch the ferry over to Vestmannaeyjar where you can see them rearing their chicks. Sometimes, the little ones get a bit disoriented and so the island’s children participate in what’s locally known as the puffling parade, relocating them to the shore, where they should be. 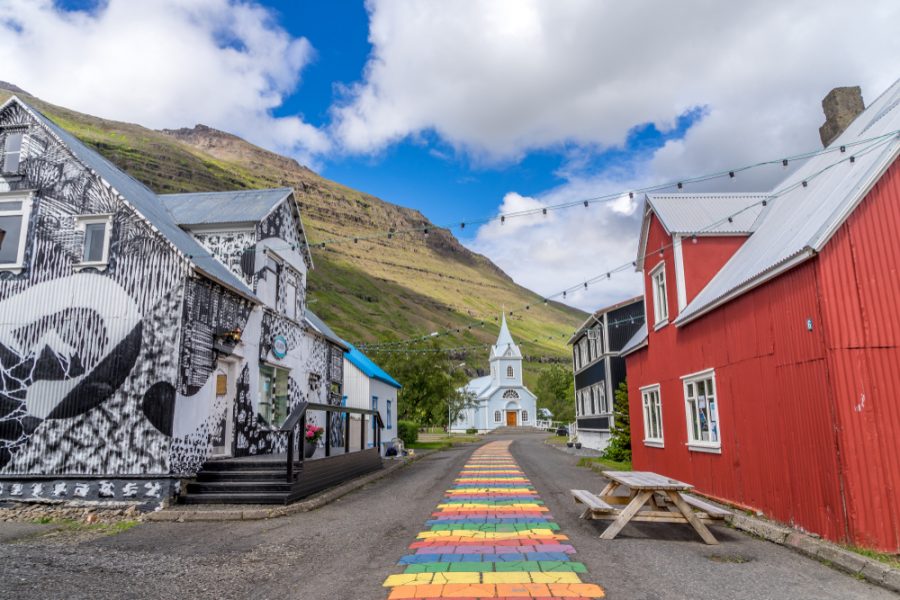 Over in the far east of Iceland this port is where the ferry arrives from Denmark and the Faroe Islands. The road drops down over a dramatic pass, revealing the fjord down below – on a clear day it’s a spectacular view. Beside the water, it’s just as special, with a rainbow-painted main street that’s the darling of Instagrammers and plenty of cafés and boutiques to while away the time. 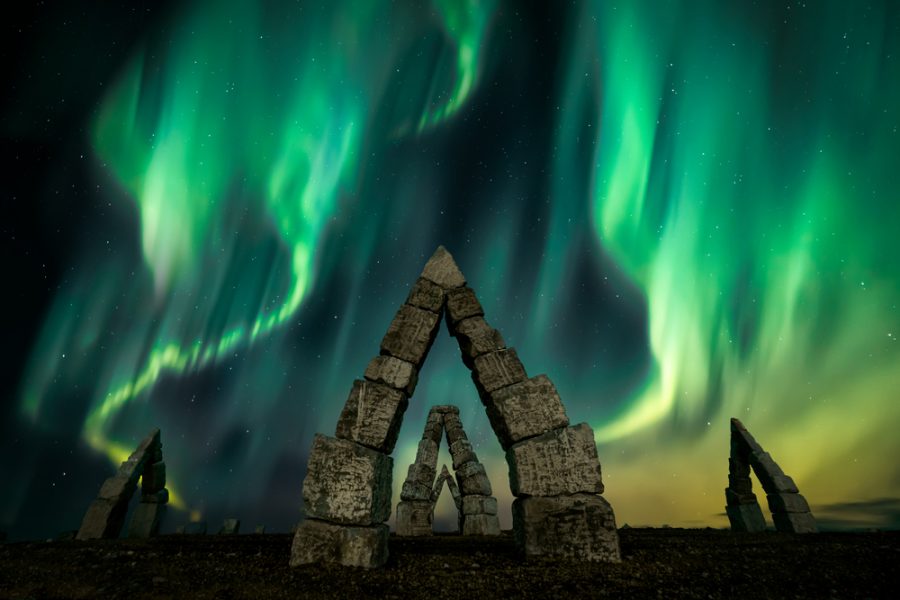 This modern structure taps into ancient Norse beliefs. You’ll find it in Raufarhöfn, in the far north east of the country. Four gates standing six metres high act as a giant sundial which catch the sun’s rays, cast shadows and trap the light. Though it’s still being added to, the sight of this mysterious place under a Midnight Sun or viewed with the Northern Lights dancing above is very special. 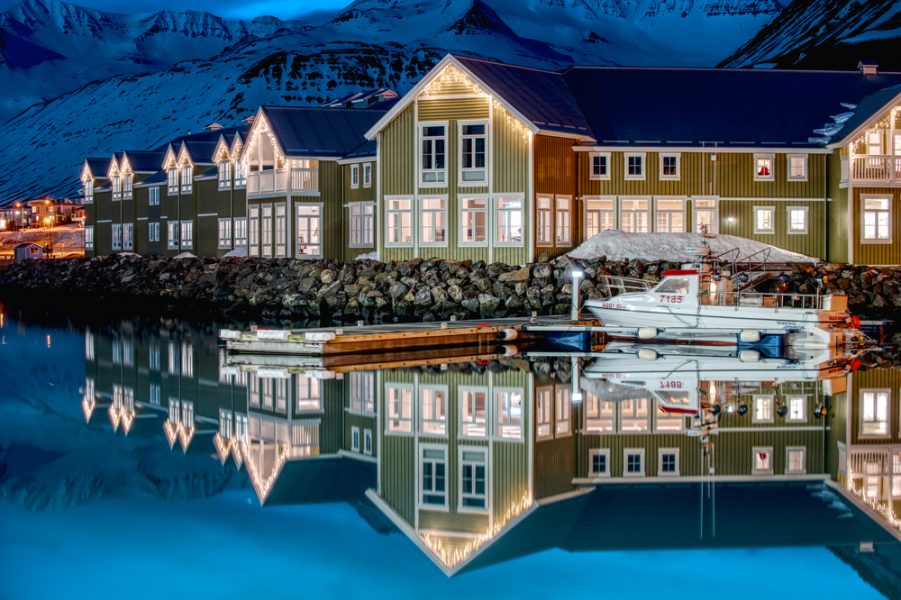 Fans of the TV series Trapped will recognise this remote fishing port from their screens. The town made its fortune catching herring, but for some inexplicable reason the fish went away and so too did many of the residents. Those who stayed can show visitors round the fascinating Herring Era Museum. A short drive away you can try out one of the country’s quirkier spas, where beer replaces water – all in the interests of wellness, you understand.

Arctic foxes in the West Fjords

Hands up: who thought Arctic foxes had to have white fur? The greatest concentrations of these super cute furry creatures are in the West Fjords. You can visit them from Ísafjörður as a day trip, where if you’re in luck, they’ll play in front of you as you watch, mesmerised. While you’re in the West Fjords, take advantage of the Látrabjarg cliffs where you’ll encounter myriad birdlife.