How to spend a week in the Azores - Mundana
Mundana

How to spend a week in the Azores

The Azores, a mid-Atlantic archipelago consisting of nine islands, form an autonomous region of Portugal. Less than three hours from Lisbon by air, there’s been a rise in tourist numbers thanks to the launch of routes by Europe’s low-cost carriers. That said, tourism is still in its infancy and its dramatic landscapes are still relatively crowd-free. If you can spare the time, here’s how to spend a week in the Azores.

Base yourself in São Miguel 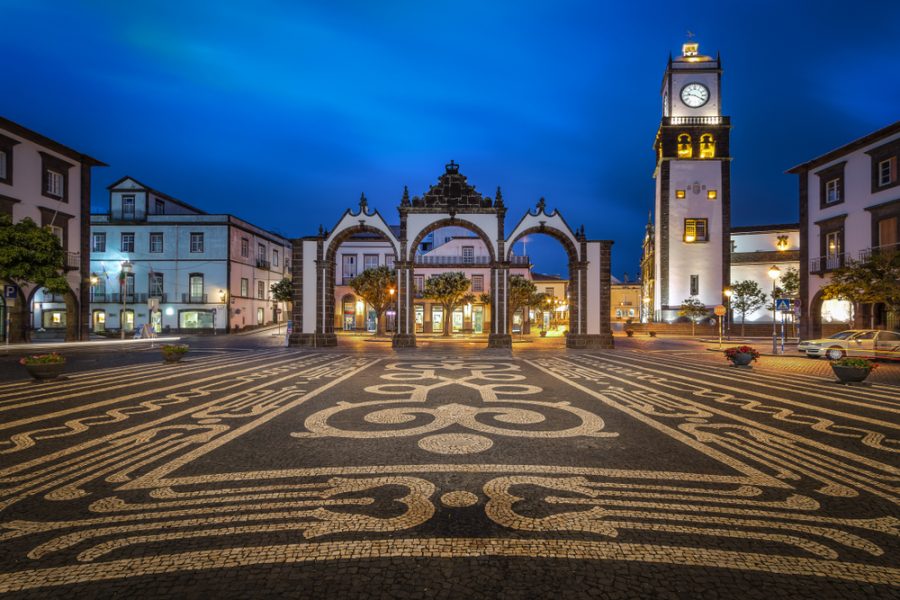 São Miguel is the most popular island, thanks to the availability of flights from mainland Europe. Don’t let that deter you from making it your base for at least some of the week. There are a number of excellent accommodation options. At the beautiful Sul Villas & Spa in Lagoa, opt for a villa boasting a private pool overlooking the ocean. Boutique hotel offerings SENSI Azores Nature and Spa in Ginetes and White Exclusive Suites & Villas on the outskirts of Ponta Delgada are both stylish and luxurious. 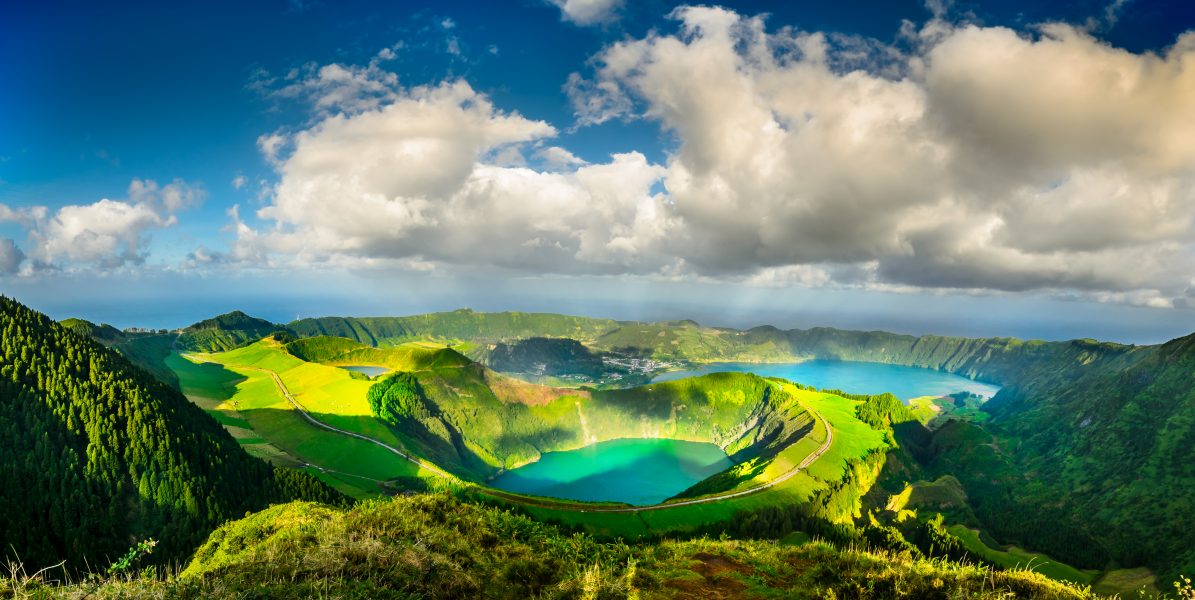 The landscapes pack a punch when it comes to the wow factor. A must while you’re on São Miguel is to see the double caldera of Sete Cidades. The twin lakes, one blue and one green, fill the crater of a dormant volcano. Thanks to the vivid colours, Sete Cidades is one of the most photographed sites in the Azores. Another island attraction reflecting its volcanic nature are the geysers, fumaroles and hot springs at Furnas. As well as such geothermal marvels, Furnas is also home to a superb botanical garden, the Terra Nostra Park, laid out in the 18th century by the American consul. At the adjacent Terra Nostra Garden Hotel, pop in for a plate of cozido, a tasty stew cooked in the hot ground. 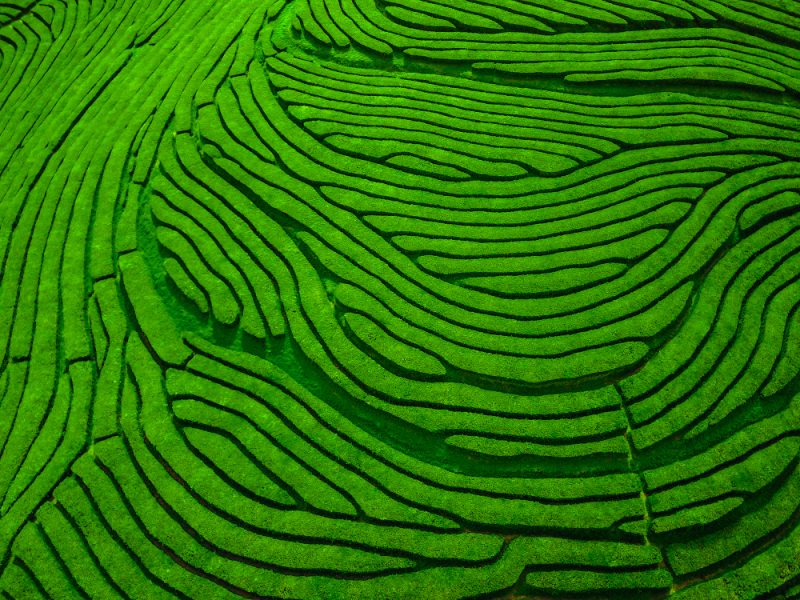 Elsewhere on the island, you’ll see a lush, verdant landscape of pastures tumbling down to charming fishing villages. Rent yourself a car and explore the island at an unhurried pace, stopping where you please to admire the scenery. A visit to the Gorreana Tea Plantation, one of the few places tea is grown in Europe, is a must. The tea bushes have thrived in the fertile volcanic soils since they were introduced by the Chinese in the 19th century. Take a boat ride out to the Vila Franca Islet with its circular lagoon or head out for a whale and dolphin spotting cruise. 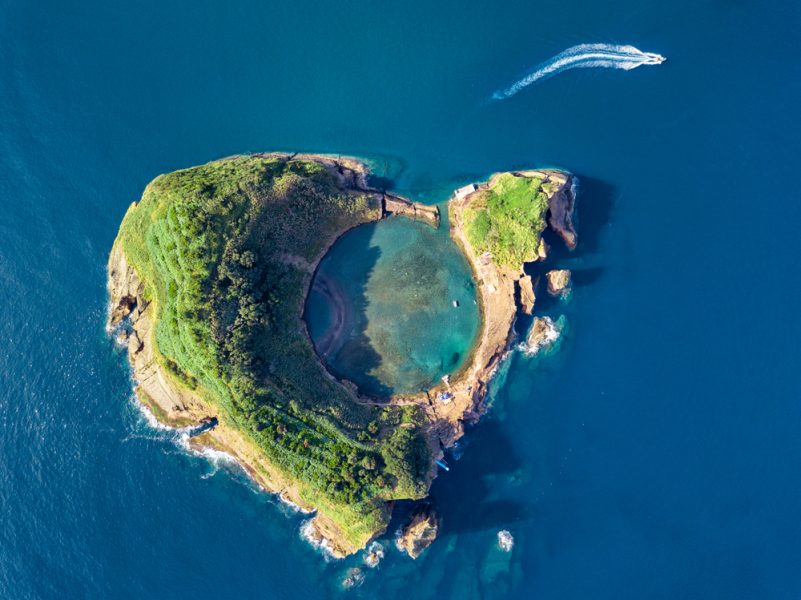 With only a week, don’t try to cover too much ground or you’ll waste a good proportion of your time sitting in airport lounges. That said, adding another island on to São Miguel will help you understand how diverse the Azores are. If you’re visiting in the summer, look out for the blue hydrangea flowers for which the archipelago is famous. Though you’ll see many on São Miguel, the best place to view them is on the smaller island of Faial. The island of Santa Maria is a good pick for its white sandy beaches, as well as terraced vineyards occupying its sunny slopes. Pico is home to Mount Pico, which at 2,351 metres above sea level is the island’s tallest peak. The island is also characterised by vineyards sheltered by boulders in a black lava field. Corvo is the smallest island in the Azores but big on drama thanks to its incredible caldera. 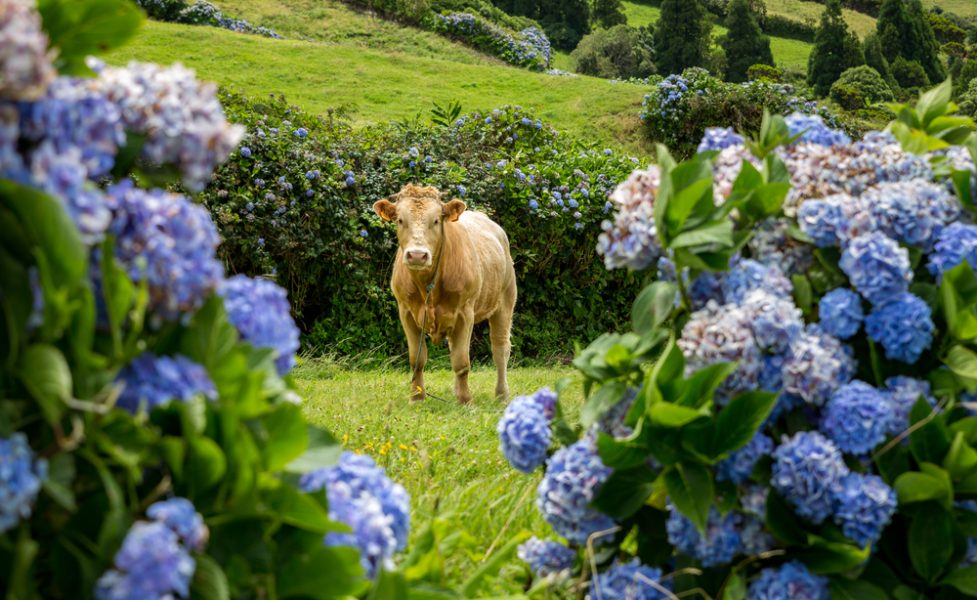 Why not see the Azores for yourself with Mundana?

How to spend a week in the Azores