Namibia’s glorious scenery will blow you away. This southern African country is blessed with incredible deserts, dramatic canyons, desiccated salt pans and mile upon mile of breathtaking coastline. If you’re tempted to add it to your African bucket list, then here are our suggestions for what to include on your highlights of Namibia itinerary. 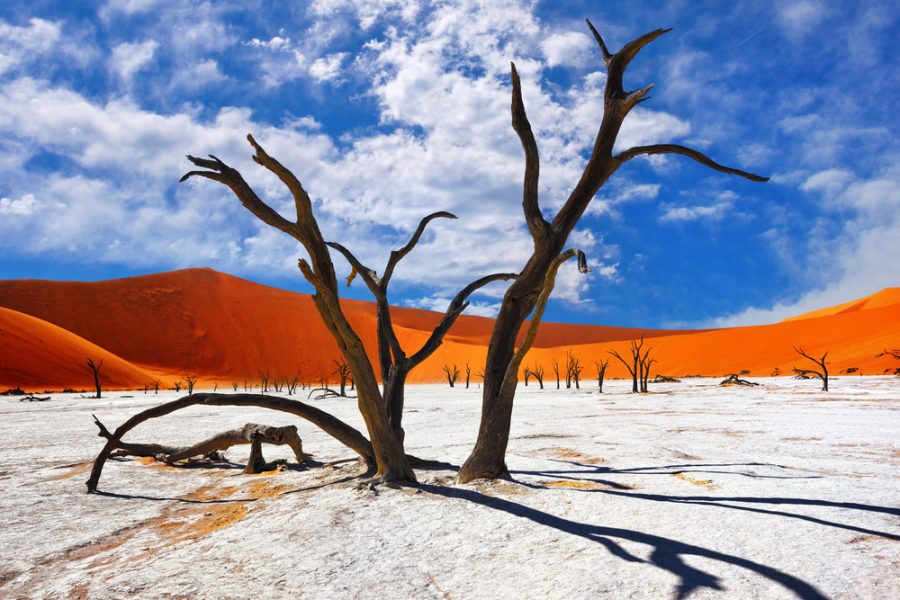 One of the most dramatic corners of Namibia is Sossusvlei. There, giant sand dunes rise from the desert floor. Climbing these towering heaps of sand is a bucket list activity for many, though you’ll need to be fit to be able to cope with the steep and soft surface. Big Daddy is the tallest, but many settle for iconic Dune 45, which is less arduous. Nearby, the stark beauty of Dead Vlei is easier to access. Skeletal camelthorn trees litter a white salt pan surrounded by red earth. Under an ultramarine sky, it’s not hard to see why this barren landscape is one of the most photographed sights in the country. 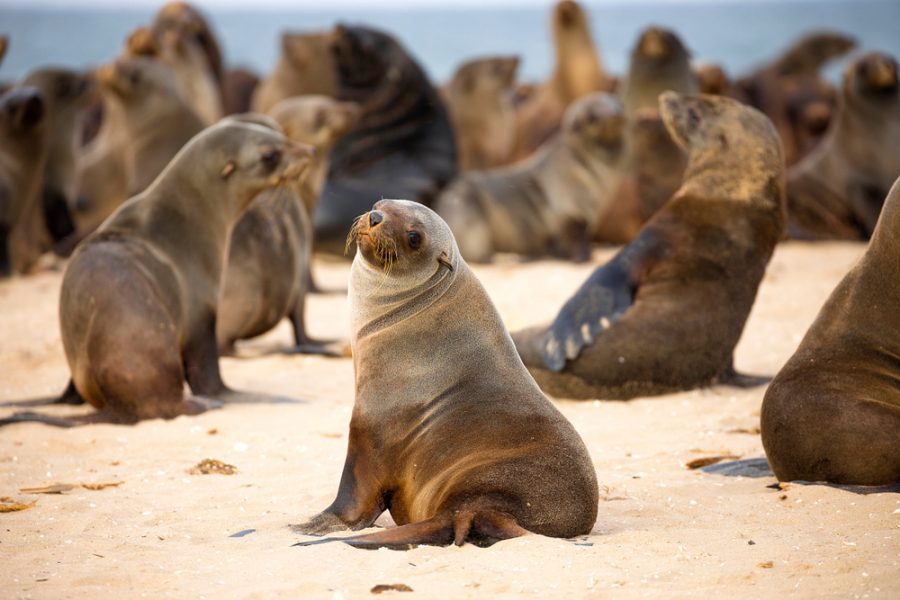 On the coast, the town of Swakopmund has a distinctly Germanic feel. Its architecture will remind you of that European country as will the apfel strudel on café menus. It’s a pretty place to idle away a few days. From there, it’s an easy day trip to Walvis Bay, which is the jumping off point for cruises to see the abundant marine wildlife. Hop on a cruiser and you’ll be treated to the sight of plenty of seals. Some are so used to human interaction they might even wriggle onto the boat’s rear platform. But that’s not all: expect to see great flocks of flamingos and pelicans as you pootle around the bay and tuck into a plate of fresh local oysters. 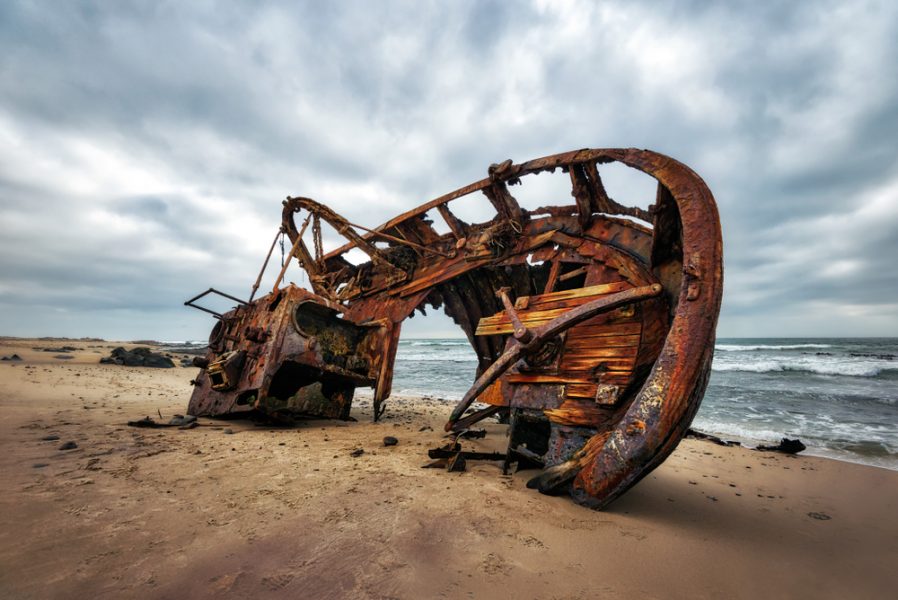 Heading north, you enter the wild and unspoilt Skeleton Coast. The name refers to the whale and seal bones that once washed up on the beaches. Today, the rusting hulls of shipwrecks lie abandoned where they came to grief, a reminder of the power of the waves barrelling across the Atlantic Ocean and the thick fog that blankets the coastline. Take advantage of clear skies by booking a scenic flight. From the air the vast scale of this inhospitable place can be fully appreciated and it’s hard not to feel wonder and awe. 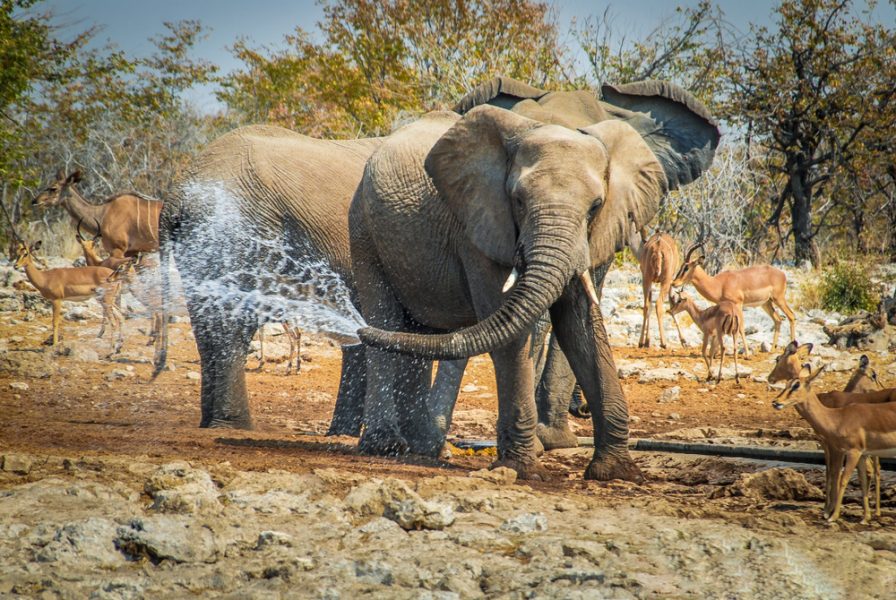 Etosha National Park is Namibia’s premier wildlife area. One of its most recognisable features is a 100 million year old salt pan. Stretching 80 miles long and 30 miles wide, it covers around a quarter of the park. Etosha is well-known for its grazing herds of zebra and elephant. They come down to the ponds and watering holes to drink. It’s best to come during the winter dry season as they’re easier to spot when the vegetation isn’t as lush. A safari drive could also result in sightings of other wildlife such as lions, impala and Thompson’s gazelle.

Fish River Canyon is one of the highlights of southern Namibia. It’s huge – only the Grand Canyon is larger. Over the centuries, the Fish River has carved a meandering path through the landscape. The result is a breathtaking gorge. If you’re keen to descend into the canyon, the 54 mile long Fish River Hiking Trail takes four or five days to complete. Due to the heat, the authorities close it during the southern hemisphere summer but if you are visiting between May and September you might want to tackle it. Day trippers will be content with the extraordinary view from the canyon rim.

If you’re keen to visit Namibia, why not see what’s on offer through Mundana?