Have you ever thought about planning an Azerbaijan vacation? The tourism industry in this nation on the cusp of Europe and Asia is now well established. Its attractions are as diverse as they are easy to reach. Here are Mundana’s favourite highlights of Azerbaijan. 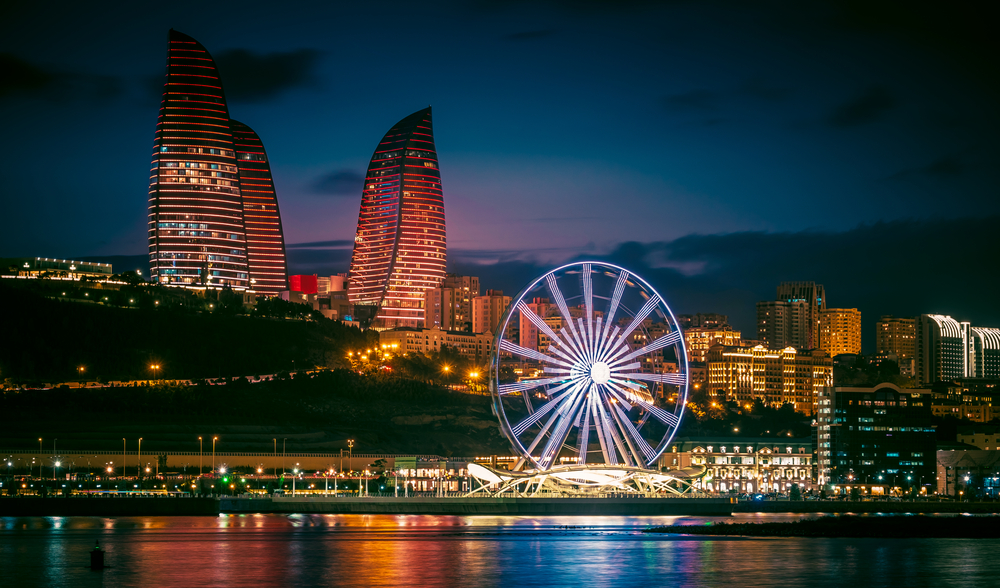 Modern meets traditional in the nation’s capital. The Flame Towers are now the country’s most famous landmark, but there’s plenty more to explore. The characterful old town is a delight to explore on foot; this mediaeval walled city has benefited from UNESCO World Heritage status to speed up restoration but there are plenty of quiet back alleys that feel timeless. Don’t miss the Maiden’s Tower, Carpet Museum and Palace of the Shirvanshahs. 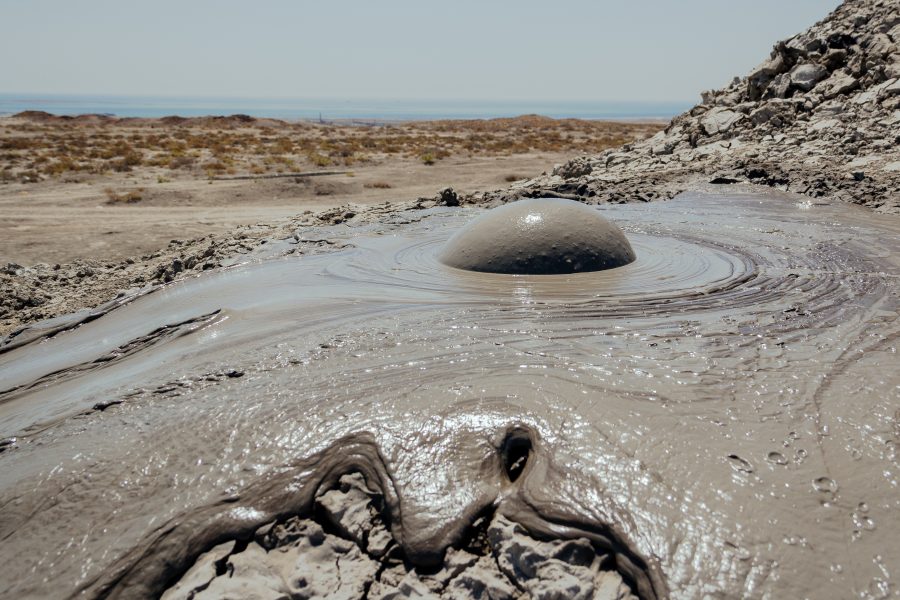 This curious natural phenomenon lies within easy reach of Baku, making it a popular day trip. A few miles south of Qobustan, a cluster of mud volcanoes plop away, occasionally spurting eruptions of thick gloopy mud. Also close to Qobustan is a collection of 12000 year old petroglyphs etched by Stone Age hunter-gatherers. Newer by those standards is the Roman graffiti that possibly marks the most easterly inscription ever found from that ancient empire. 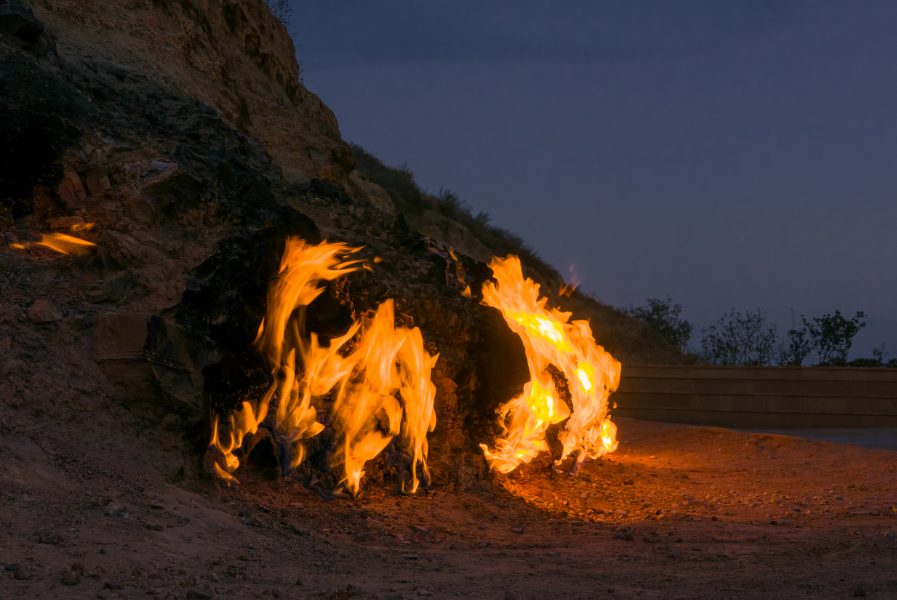 Translating as Fire Mountain, this intriguing place is another must-see. Back in the 13th century, Marco Polo remarked about the burning hills in parts of the Abşeron Peninsula. They played a significant role in the development of Zoroastrianism, a religion whose followers believe that fire represents God’s light and wisdom. Today, those fires are still burning; the natural gas that fuels them has yet to run out. 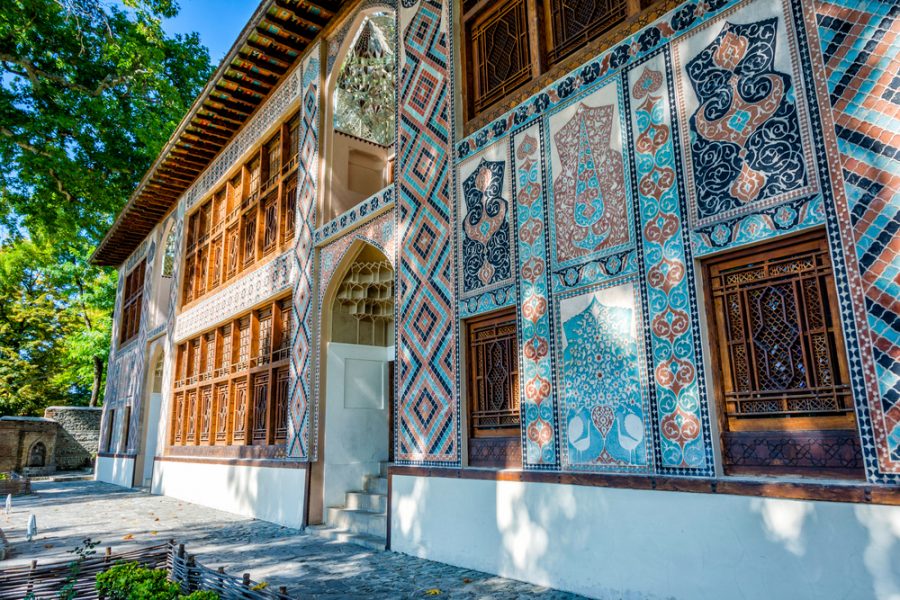 One of the prettiest places in Azerbaijan is Sheki. It flourished as a trading centre, hawking silk, textiles and embroidery. It once had five caravanserai as a result. At the Karavansaray Hotel, it’s possible to stay in one. Sheki was rebuilt after devastating floods in the 18th century. Today, tourists come to visit its historic mosques and a fortress which boasts a splendid palace, Xan Sarayi, built in 1762. 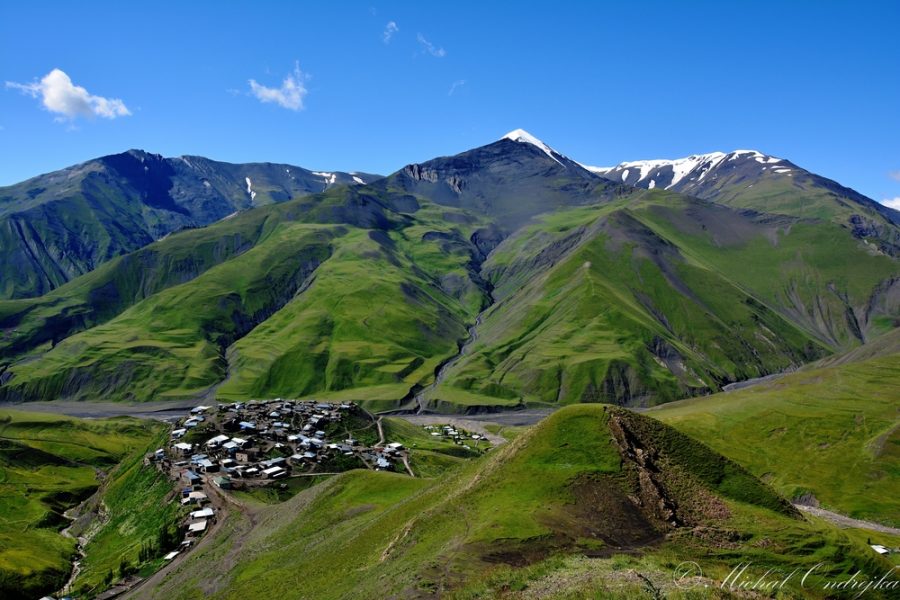 As in neighbouring Georgia, the Caucasus Mountains are a huge draw.  From the forested foothills to the snow-capped peaks, they provide a breathtakingly scenic backdrop as you head north. Base yourself in Quba, the gateway to this delightful region. Wander its leafy streets for a while as you explore its mosques and synagogues. Adventurous travellers will be keen to tick off Xinaliq, which some say is Europe’s highest village and the remote village of Laza where you can hike to some spectacular waterfalls.