Cornwall is where old fishing villages and surf beaches dot a dramatic coastline and sprawling moorland defines a hilly interior. There’s enough here to spend a lifetime exploring. We’ve made things easier by selecting some of our favourite unspoiled Cornish towns. 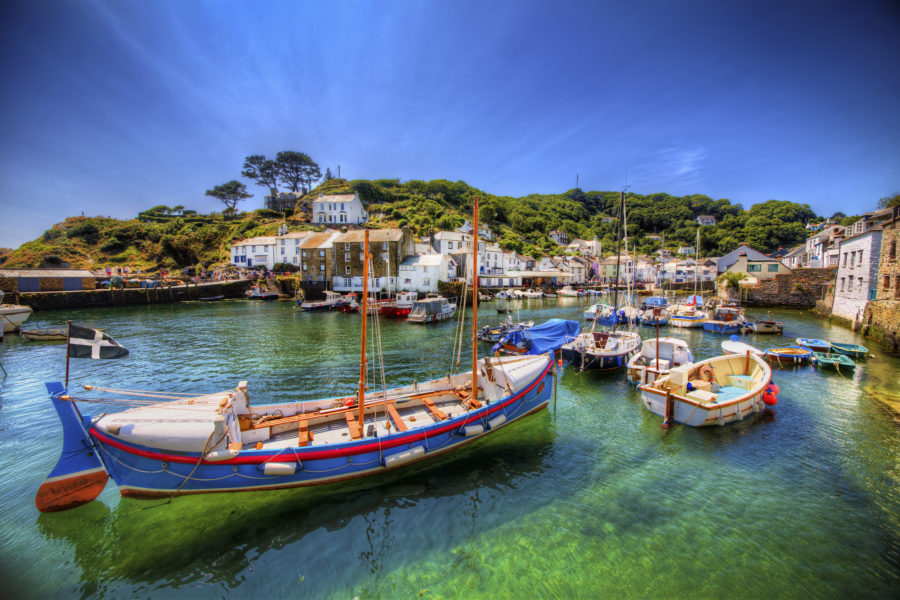 One of the prettiest villages that you are likely to visit in Cornwall is the star of the Polperro Heritage Coast. Here quaint cottages tumble down hillsides toward an old fisherman’s harbour, where colourful boats bob in the calm waters. Polperro’s narrow streets are mostly car-free and thus a delight to walk. It’s worth dropping into the Polperro Heritage Museum of Smuggling to learn about  activities that were rife in the 1700s and 1800s. If you head to the beach at low tide then you’ll be able to see a cave believed to have been used as a smuggler hideout. It’s easy to while away hours dining on freshly-caught fish and seafood at traditional pubs, browsing art galleries and poking around quirky shops. Then for those that like to be active, there are superb trails along the coastline to Looe and Polruan. 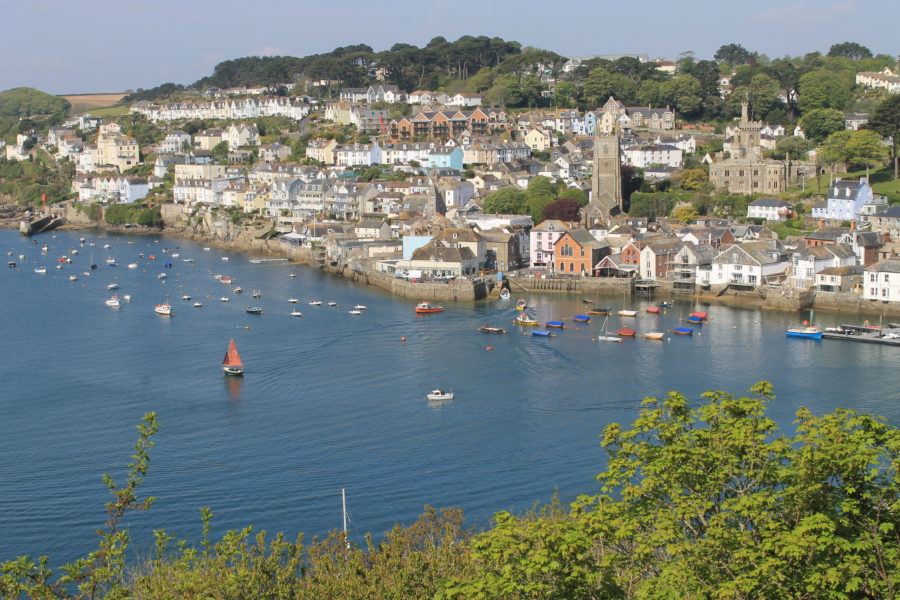 In Fowey, the pastel hued houses and centuries old pubs that overlook the river and harbour are as postcard perfect as you’ll find. Author Daphne du Maurier once lived here and she, along with the town’s history, is celebrated at the Fowey Museum. Be sure to stroll down Fore Street, where bakeries, bookstores, cafés and gift shops abound. The Esplanade winds past grandiose Edwardian and Victorian buildings to the 500 year old St. Catherine’s Castle. Don’t miss the chance to take a ferry across to Polruan to admire the coastal views. Then return to chow down on a bowl of Fowey River mussels. 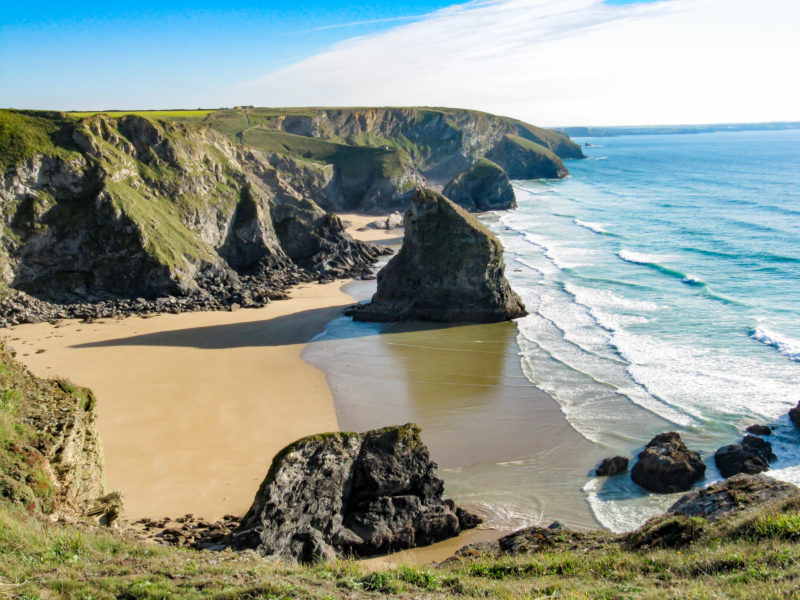 Sat in an idyllic spot between an emerald green valley and Cornwall’s northern coast is the hamlet of Mawgan Porth. The River Menalhyl cuts a channel through a wide beach framed by cliffs, emptying out into the rolling surf. Days in Mawgan Porth are spent surfing, rock-pooling, walking and biking along picturesque coastal paths. Nearby Bedruthan Steps is famous for its colossal sea stacks, rumoured to be the stepping stones of a giant called Bedruthan. Just along the coast, visit Watergate Bay for a mouthwatering epicurean experience at Jamie Oliver’s Fifteen Cornwall. At the restaurant, apprentice chefs from disadvantaged backgrounds serve up an Italian-inspired menu using locally sourced ingredients. 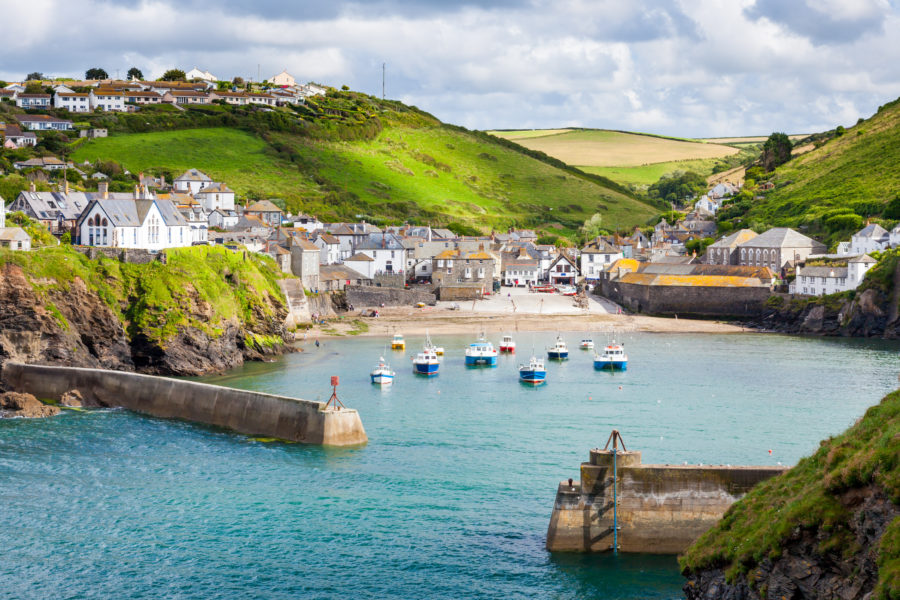 Fans of British television will recognise Port Isaac as a setting for the series Doc Martin and Poldark. Yet, this fishing village remains little changed from its late-mediaeval beginnings as a trading port. Higgledy-piggledy whitewashed cottages prettify the narrow lanes that wind down to the port. See if you’d fit through Squeeze Belly Alley! Views from the cliff tops extend for miles, making this perfect walking country. Back in the village, you can dine at Outlaw’s Fish Kitchen, a seafood tapas bar presided over by acclaimed chef Nathan Outlaw. Make the most of your time here hiking to Port Gaverne or catching a ferry to Padstow. 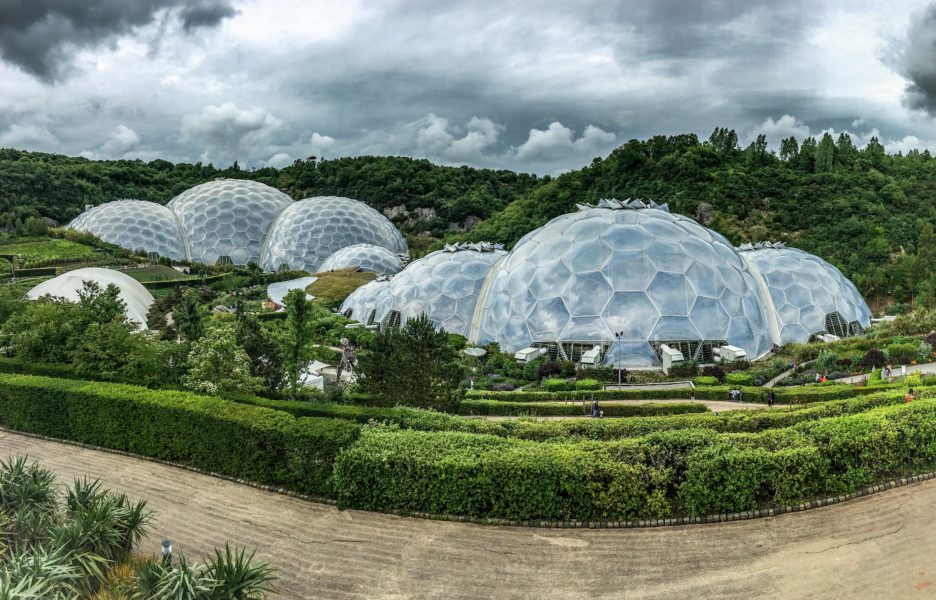 Away from Cornwall’s coast, head to Lanhydrock, nestled amid patchwork fields above the River Fowey. Its main draw is the opulent Lanhydrock House and Garden, a protected National Trust landmark situated within pristine wooded parkland. Passing between the elegantly furnished, Victorian-era rooms is like stepping back in time. An easy day trip from Lanhydrock is the fascinating Eden Project, where you can discover the relationship between humankind and the world’s diverse ecosystems inside giant biomes.

If these Cornish gems have whetted your appetite, why not get in touch with Mundana about arranging a visit?

Peru: Highlights of the south

Peru: Highlights of the south