Five unique foods to try on your travels - Mundana
Mundana

Five unique foods to try on your travels

Food plays such an important role in helping us discover new places. The chance to savour fresh local ingredients and experience longheld traditions is something that gastronomes relish. Sometimes, though, what’s put in front of us is more challenging than a mouthwatering Moroccan lamb tagine or a steaming bowl of Vietnamese pho. Around the world, there are foods that will push your taste buds to the limit. But who knows, you might just come to love them? Here are Mundana’s picks for five unique foods to try on your travels. 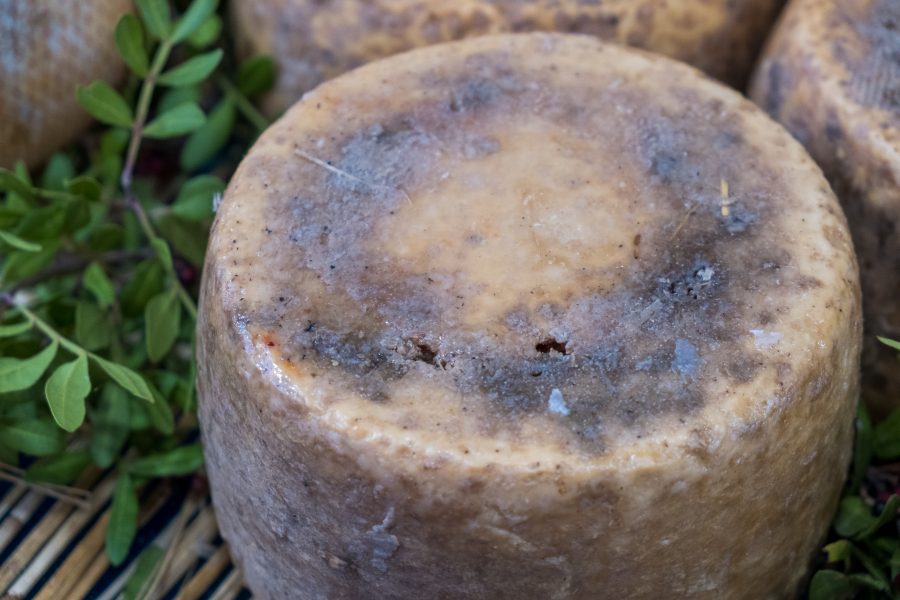 Casu martzu is a variety of cheese. However, this is no ordinary cheese. This one, a speciality of the island of Sardinia, is riddled with live maggots. Whole pecorino rounds are left outside. Then, a small section of the rind is cut away to allow flies to lay their eggs inside. These cheese flies actively ferment their new home and break down some of the fat. This creates a cheese that is super soft and creamy, though you’ll also have to cope with seeing those translucent white worms wriggling around on your lunch. 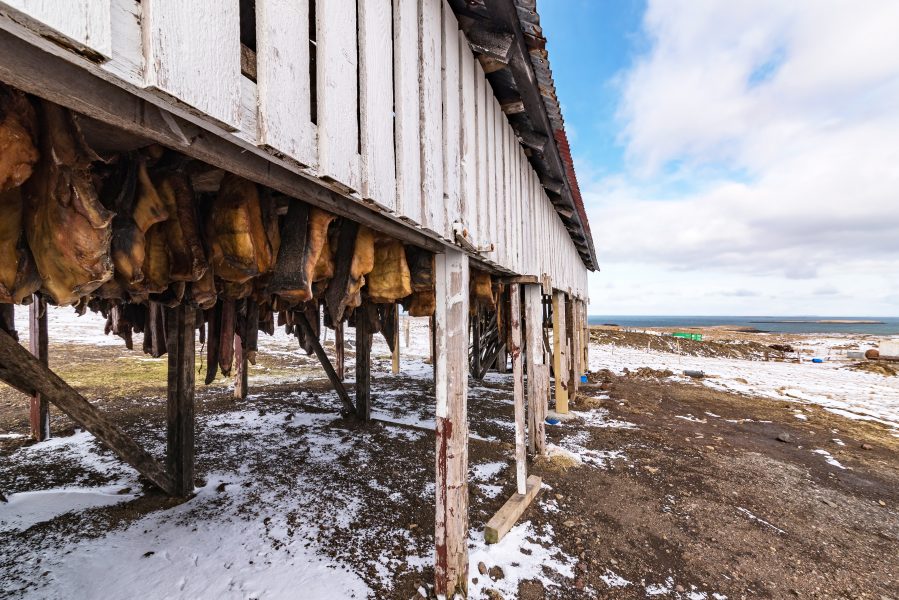 A pungent whiff of ammonia makes this Icelandic delicacy a tough one to swallow, but if you’re after global food bragging rights then this is a must. Greenland shark is landed off the boat and carved into large chunks. These are hung in drying houses for several months to rot. During this process the high levels of urea and highly toxic trymethylamine oxide in the meat can slowly drip out. Once that happens and a hard crust has formed, the meat is cut into bite-size pieces and served. If you can get your head around the smell, the taste is almost palatable. 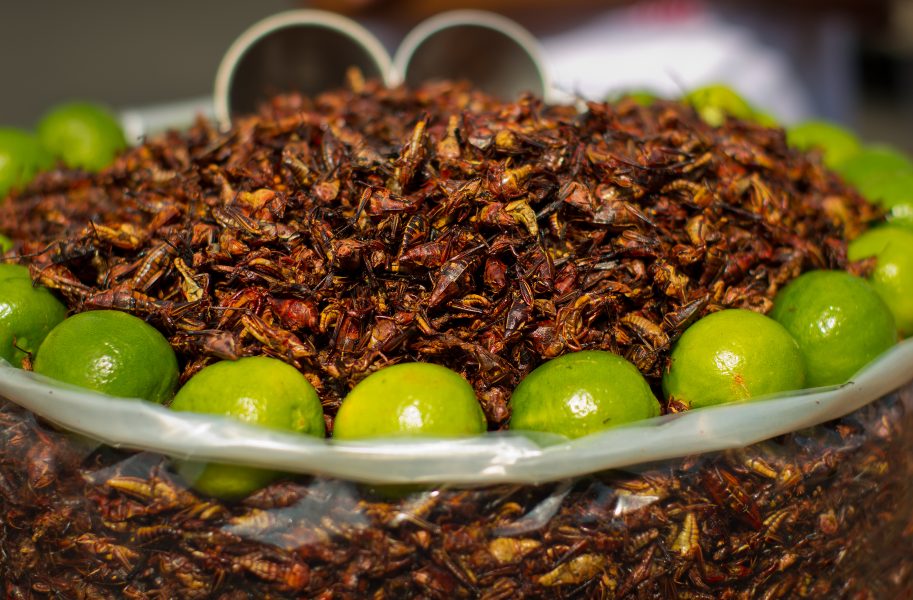 Chalupines are deep-fried grasshoppers. Before you recoil in horror, this crunchy snack is actually quite tasty. The harvest takes place in summer and autumn. Chefs first toast them on a flat griddle called a comal and then season them with lime juice, garlic and salt. Locals in the southern city of Oaxaca have been munching on them for centuries and there are records of them being eaten as early as the time of the Spanish conquest. 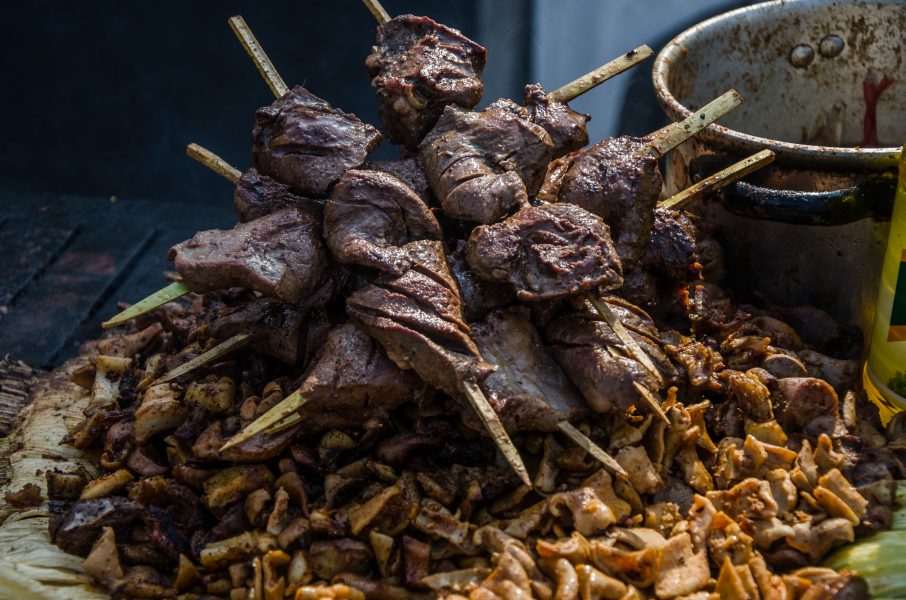 While some travellers haven’t the heart to eat roasted cuy (guinea pig) there’s no reason not to try anticuchos. Sticks are strung with juicy cubes of alpaca or llama meat that have been marinated in vinegar, aji pepper, garlic and cumin. Then, they’re roasted over hot coals. As with any barbecue, your nose will sniff out the aroma long before your eyes have worked out where it is. As Peru’s the home of the potato – over 4000 varieties are grown in the country – it’s not uncommon to find a jacket potato on the end of your anticuchos too. 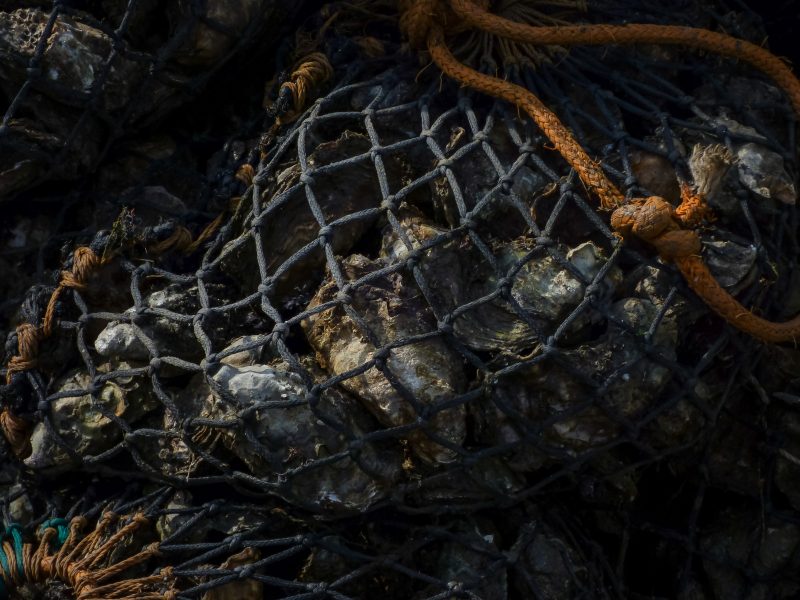 Oysters have been harvested on Mersea Island in Essex since Roman times and this 2000 year old tradition is alive and well today. Seasonal Colchester natives grow in the Blackwater estuary and are available from September to April. The beach is littered with discarded shells and the quayside is lined with simple seafood shacks whose staff will shuck a plateful for you. Purists will argue that they’re best eaten raw, with a squeeze of lemon juice and a dash of shallot vinegar. Others prefer this tasty bivalve mollusc grilled and topped with cream and cheese.

Why not let us share some of our favourite culinary experiences and restaurants with you – get in touch with Mundana today.

Five unique foods to try on your travels

USA: Gateway to the Rockies

USA: Gateway to the Rockies

Australia: Sydney to Queensland via the Sunshine Coast (3 Weeks)

Australia: Sydney to Queensland via the Sunshine Coast (3 Weeks)