It’s that time of year again when we start thinking about trees, tinsel and turkey – and all those gifts that we still haven’t got round to buying. If you’re struggling to get into the festive spirit, then a trip to one of Europe’s best Christmas markets will help. Grab a glass of glühwein and let the twinkling lights work their magic. Here’s where you need to go. 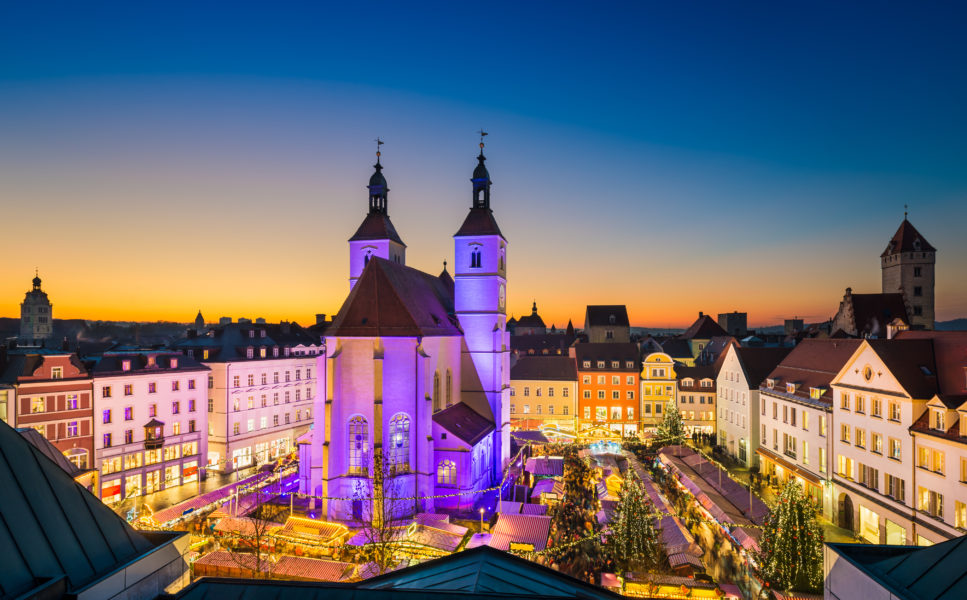 You’ll find the country’s oldest Christmas market in nearby Nuremberg but for atmosphere, the market in the grounds of Regensburg’s Thun und Taxis Palace is hard to beat, even by Bavaria’s standards. Around the perimeter you’ll find hand carved wood, silky soft sheepskin rugs and rustic ornaments. Duck under an arch to enter the palace courtyard and your nose will be assailed by the smells of hot roasted chestnuts and grilled bratwurst. Munch on a slice of hot käsebrote and listen to the choir while you plan what to buy first. 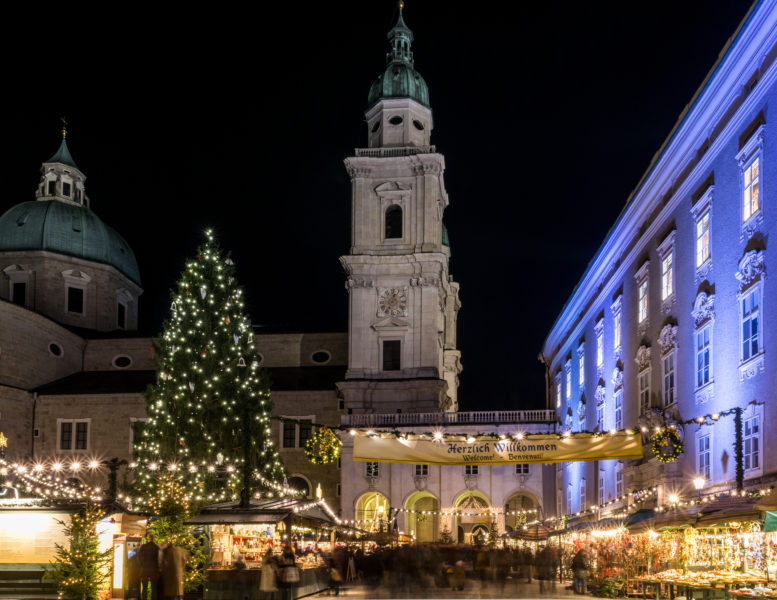 A visit to Mozart’s birthplace is a treat at any time of year but never more so than in a December when the luxury stores of Getreidegasse are bedecked with baubles and Domplatz is filled with stalls. The most characterful of the city’s markets is at suburban Hellbrunn. The shuttered windows of this palace, known for its trick fountains, becomes a giant advent calendar and talented artisans bring their wares to its courtyards. Time your visit to coincide with a Krampus run – these scary monsters clank their way through the streets to squeals of fear and delight. 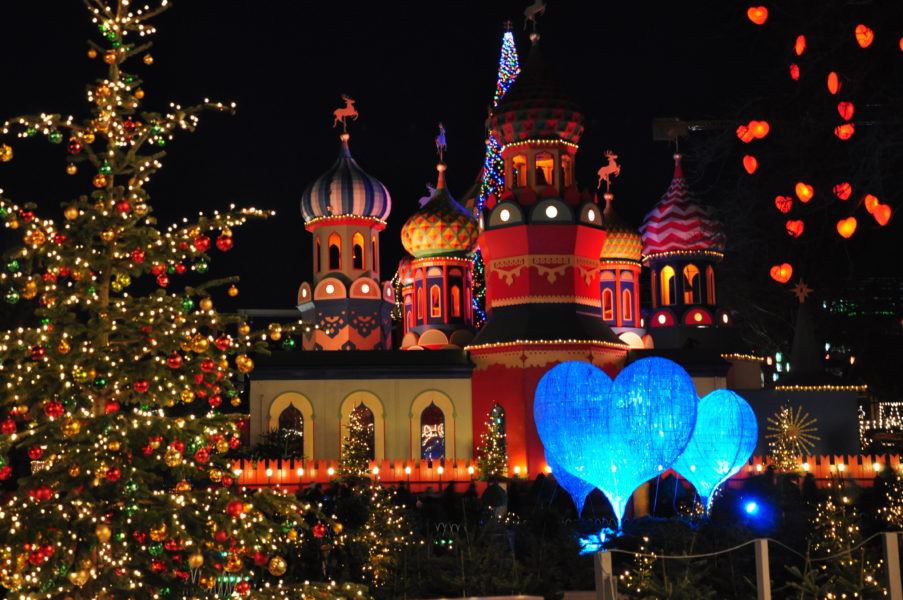 Hygge’s still on trend and Scandi influences on decor never went away, so if you want to ramp up the style factor this Christmas, then make your way to the Danish capital. The main market’s located at the end of Strøget, but call in at fancy department store Illums Bolighus on the way – even window shopping’s a delight here. The Kongens Nytorv market faces off with the landmark Hotel d’Angleterre and the Julemarked along the quayside of Nyhavn might be small but it has character in spades. But for the most fun, remember there’s also a market inside Tivoli Gardens. 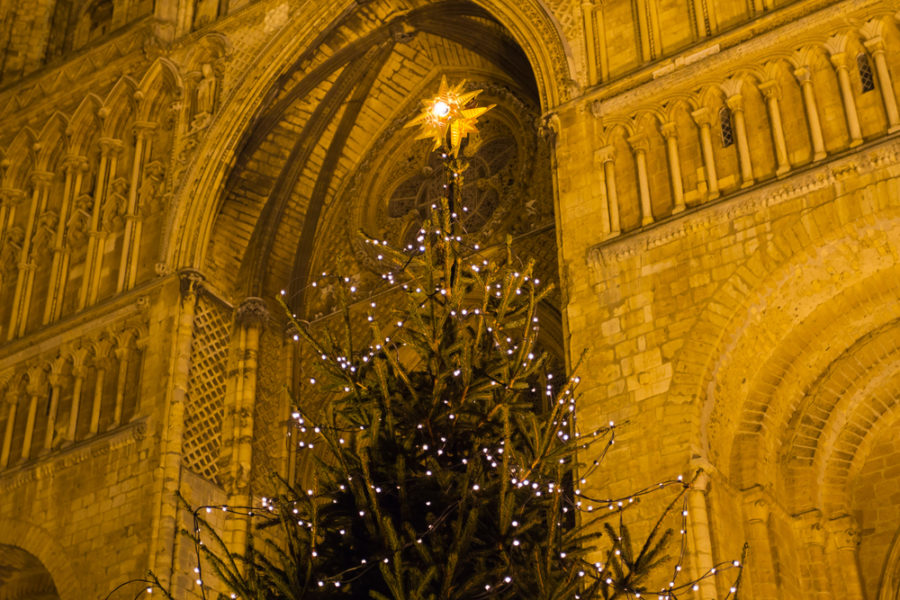 Lincoln was the first city in the UK to host a Christmas market, taking inspiration from its German twin town Neustadt an dear Weinstrasse back in the early 80s. Since then, it’s gone from strength to strength. Give the calf muscles a workout on the cobbles of the aptly named Steep Hill and explore the stalls that litter the space between the city’s cathedral and its castle. Take time out from your Christmas shopping to duck into the cathedral. The tallest building in the world for a time, until its spire collapsed, the cathedral is the third largest in the country and an impressive sight. 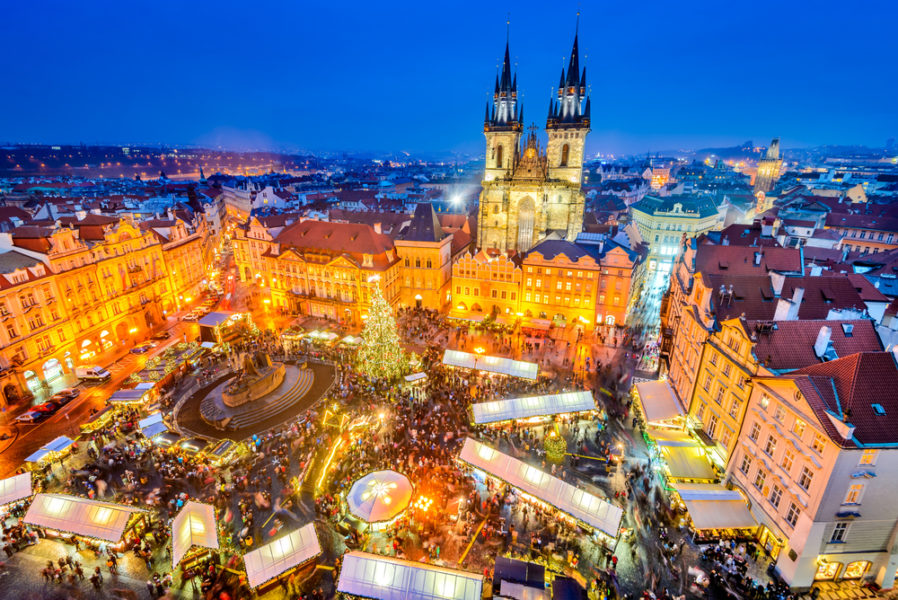 “Good King Wenceslas looked out, on the Feast of Stephen, when the snow lay round about, deep and crisp and even.” Bring the lyrics of this famous carol to life in the city which named a square after this famous saint. In the run up to December 26th, the narrow lanes and charming squares of Prague’s capital come alive with the sounds, sights and smells of hundreds of market stalls. The action centres on Staroměstské Náměstí, or Old Town Square as it translates in English, where you’ll also find the quirky Astronomical Clock. 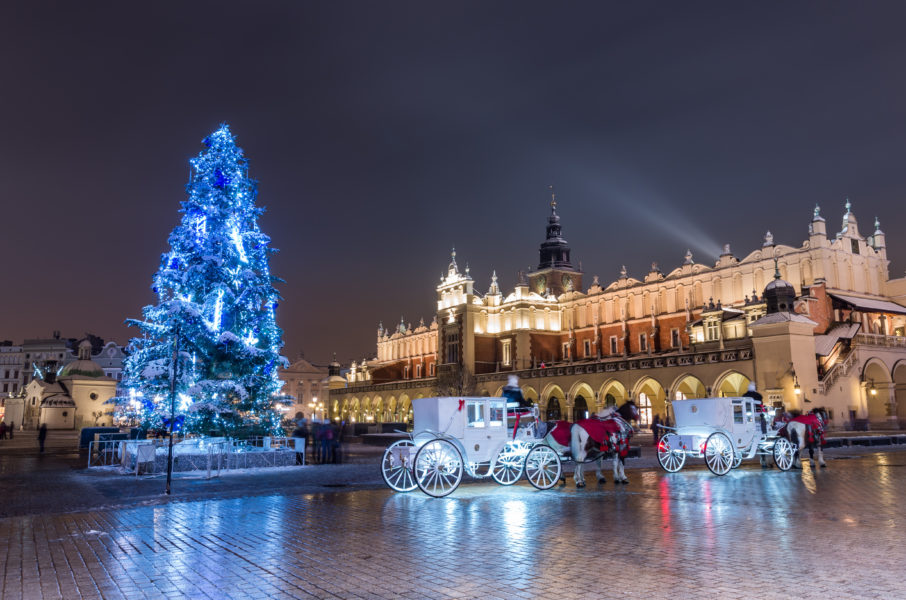 Feast on juicy ham hocks and fluffy roasted potatoes as you take a break from browsing the stalls that crowd the city’s famous Cloth Hall. This instantly recognisable landmark dominates the city’s main square, Rynek Główny. Merchants have traded on this spot for centuries, bringing leather, silk and spices to exchange for local amber, textiles and salt. At the beginning of December, the city holds a Christmas crib contest and a parade of nativity scenes, some two metres tall, winds its way through the streets to finish up in the square.
Not sure where to go for your Christmas market experience? Ask the experts at Mundana and be sure to find the destination that’s right for you.