Chicago is to architecture what Venice is to canals. The now demolished Home Insurance Building, designed in 1884 and opened a year later, is often billed as the world’s first skyscraper. It stood ten storeys tall and used structural steel in its metal frame to help carry the weight of its walls. Since then, a forest of skyscrapers have grown up in downtown Chicago, and its reputation as a home for innovative architectural design remains to this day. If you’re planning a trip to the Windy City post-lockdown, here are a few suggestions for which of these iconic buildings in Chicago should be on your itinerary. 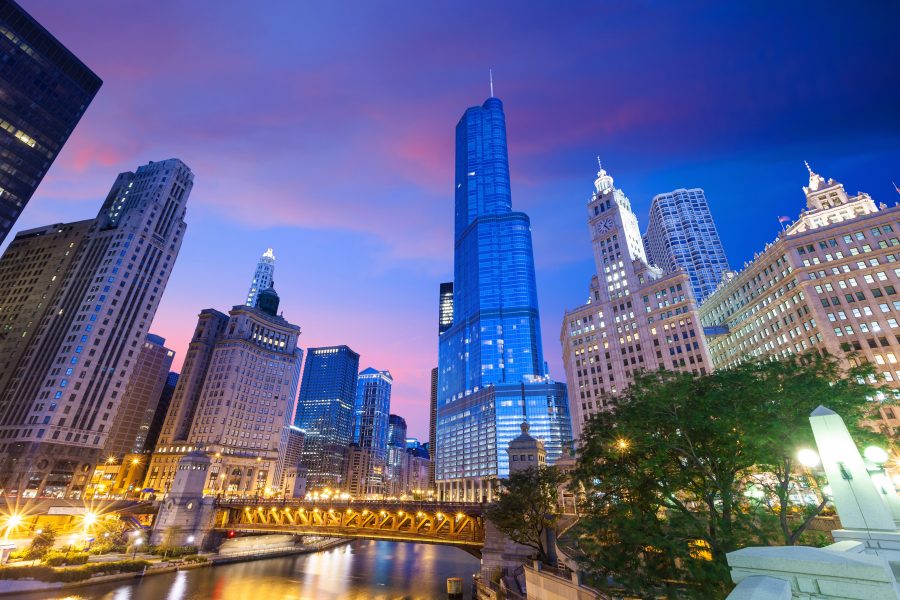 The bundled tube structure of Willis Tower makes this an easily recognised building. When it opened in 1973, it was the world’s tallest skyscraper. It remained so for almost a quarter of a century until Malaysia’s Petronas Towers took the top spot. At the beginning, it was controversial. When construction reached the 50th floor, lawsuits were filed by those protesting that their television reception would become a casualty of its ambition. Sears, who’d commissioned the building, won and the structure was allowed to reach its present height. Visitors today continue to flock to its Skydeck on the 103rd floor. Retractable balconies with glass floors, collectively nicknamed “The Ledge”, ensure people don’t go home disappointed. 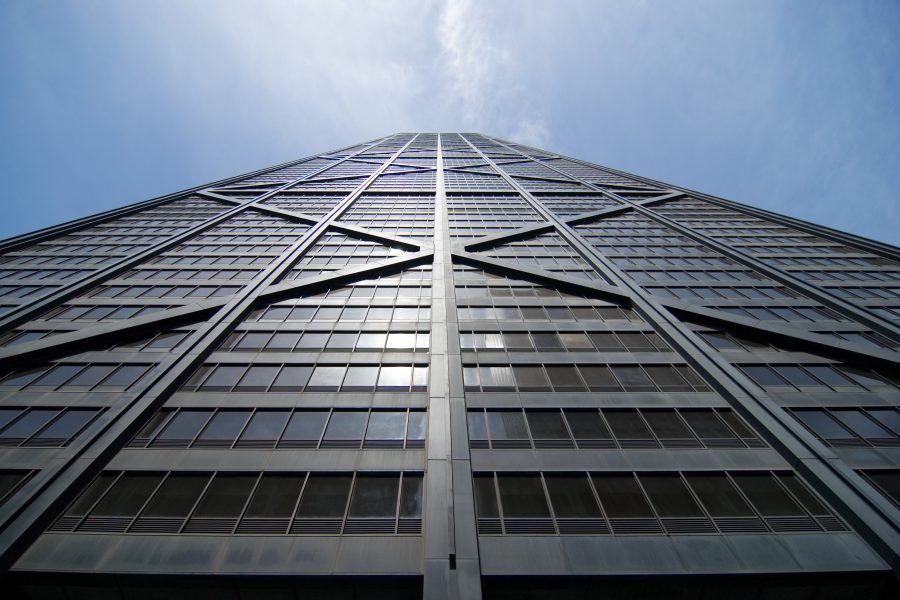 The rival of Willis Tower, the building which was for many years called the John Hancock Center is another must-see. Measuring 457 metres to the tips of its antenna masts, this was the world’s second tallest building when it topped out in 1968. Largely residential and office space, it nevertheless has one of the city’s biggest tourist attractions in the form of 360 Chicago. This panoramic observation deck offers outstanding views in all directions – up to 80 miles on a clear day. It’s where you’ll find TILT, a viewing platform that tilts to a 30 degree angle, enabling terrified visitors to gaze down at the pavement below if they can open their eyes long enough. 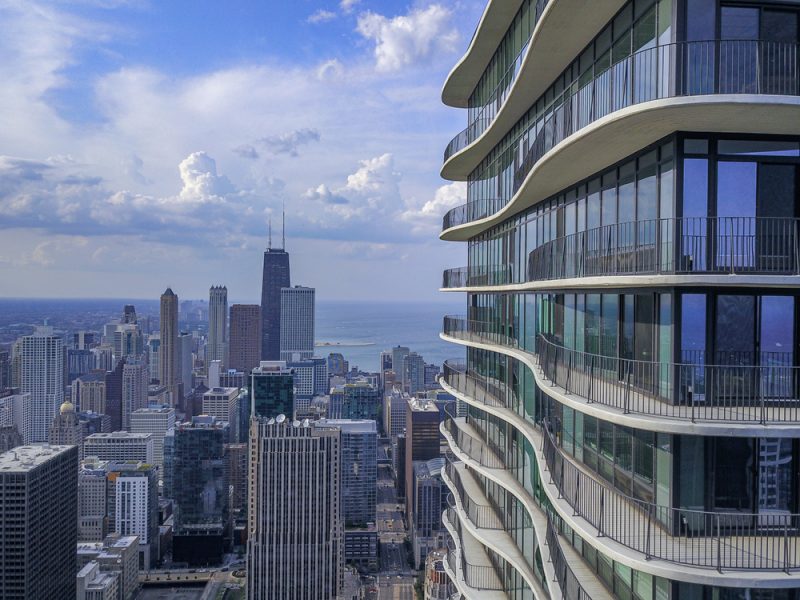 The striking Aqua Tower houses the Radisson Blu Aqua Hotel. This award-winning structure overlooks Lake Michigan and was designed by Jeanne Gang of Studio Gang Architects. Surrounded by high rises, Gang extended the building’s distinctive balconies outwards to provide a view. Their undulating shapes make this as much a sculpture as it is a building. Aqua Tower’s unique and stylish design draws its inspiration from the surrounding landscape. The concrete slabs mimic the limestone of the Great Lakes region while the curvy shapes reflect water. 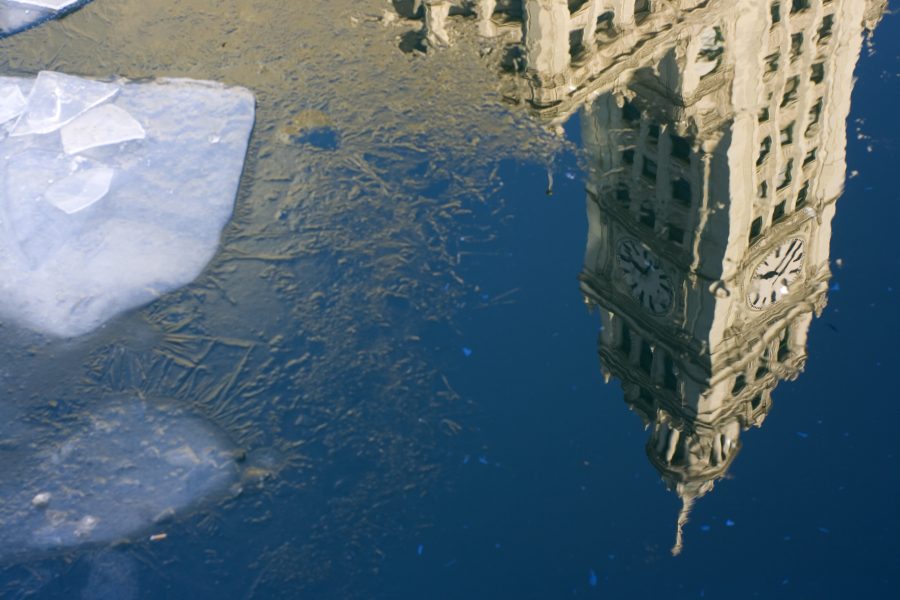 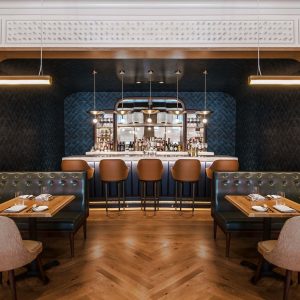 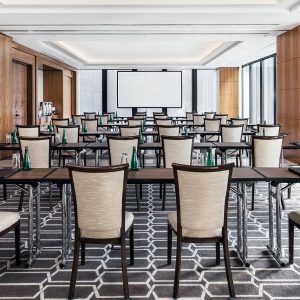 Built as the HQ for the Wrigley Company, this pretty building took its cue from the Giralda Tower in distant Seville, Spain with a few French Renaissance embellishments thrown in for good measure. The south tower was completed first, in 1921, with the north tower following suit three years later. Walkways were added to the 130 metre high building to enable access without having to descend to the ground floor. The south side (housing the bell tower) is significantly taller, its 30 storeys dwarfing the 21 of the other. The Wrigley Building’s claim to fame is that it was the first in Chicago to be equipped with air conditioning. 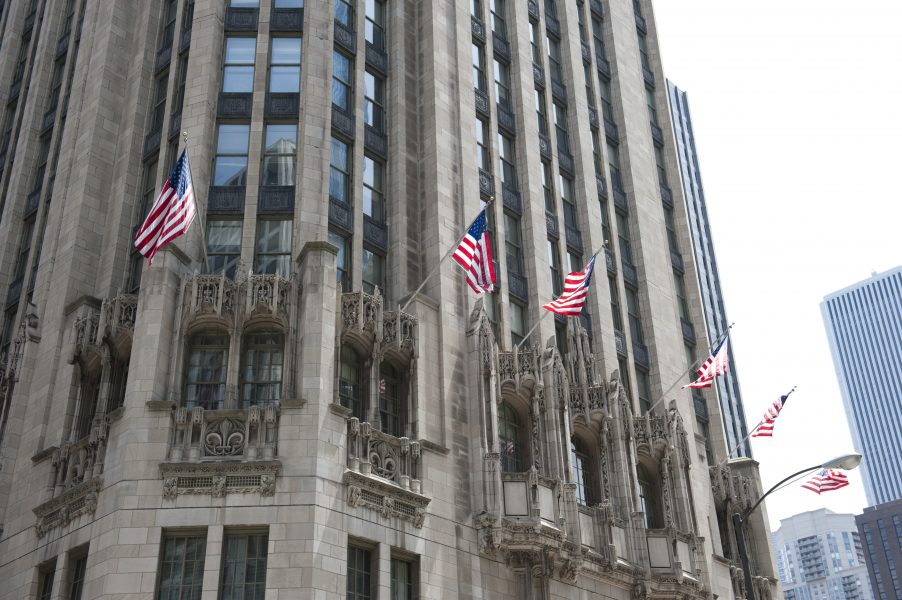 The neo-Gothic Tribune Tower is another of Chicago’s 1920s gems. The design was the result of an international interior and exterior design competition organised by the Chicago Tribune. It wanted to mark the occasion of its 75th anniversary with somewhere special for a new HQ and put up a $50000 first prize to find someone to create it. John Meads Howells and Raymond Hood, two architects from New York, scooped the prize, seeing off Finland’s Eliel Saarinen who had to settle for 2nd place. Nevertheless, Saarinen was the critic’s choice and his modern design influenced others down the track. Look closely at the tower’s main entrance and you might spot carvings of a howling dog and of Robin Hood, a nod to the winners’ names. 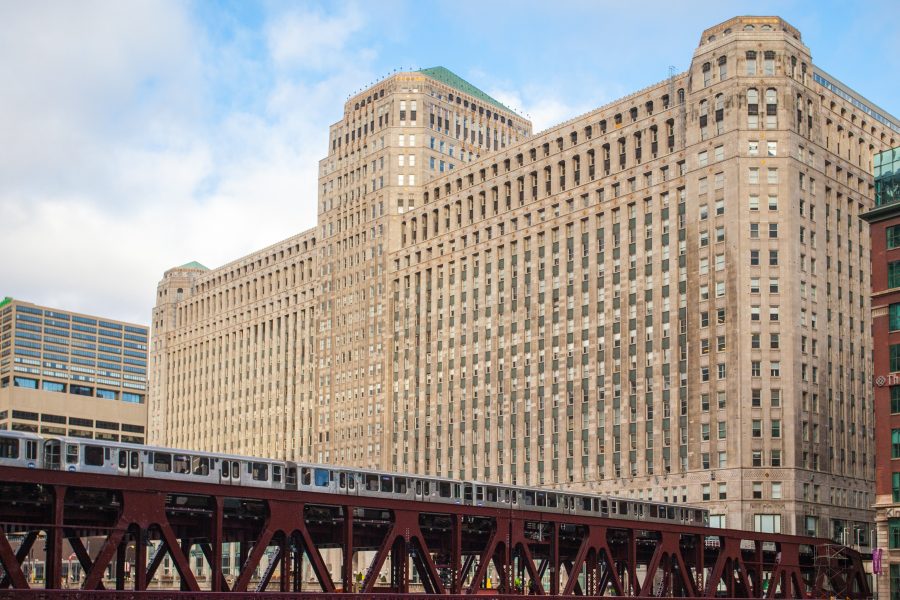 The Art Deco Merchandise Mart was the largest building in the world when it opened in 1930. So large, in fact, that for a long time it had its own ZIP Code. It revolutionised Chicago’s wholesale business by placing vendors under one roof – today, wholesale showrooms still occupy about 50% of the space. Many are open to the general public. Some of them spend big, not least the Sultan of Brunei who once shelled out $1.6 million on items to furnish his palace. Buyers can arrange the design and installation of products, as well as see how they might look in room-sized layouts. 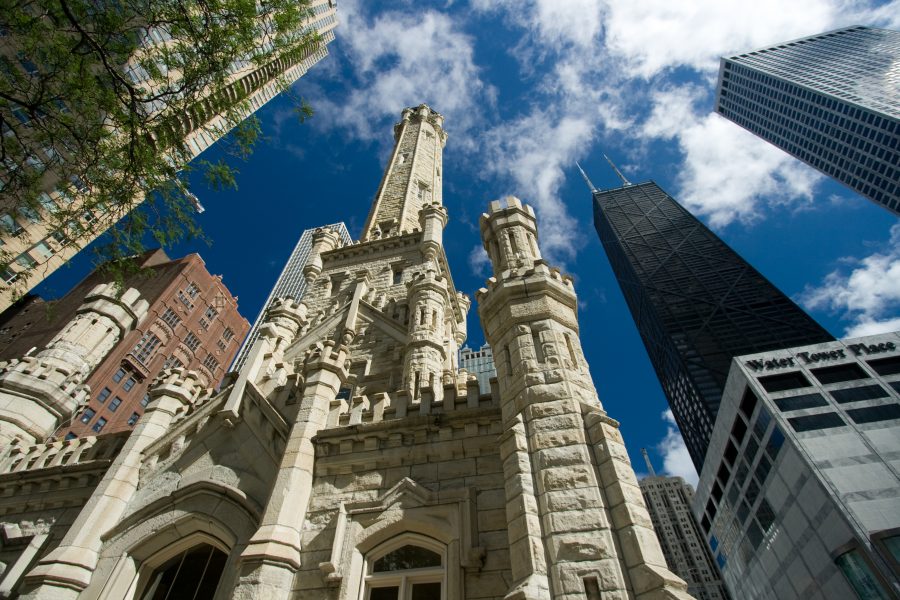 Listed on the National Register of Historic Places, the Chicago Water Tower is one of the city’s more unsual heritage buildings. You’ll find it on the Magnificent Mile. It was originally built to house a water pump, though now it’s an art gallery. Dating from 1869, it’s the second oldest structure of its type in the US. It was one of only a handful of buildings to survive the Great Chicago Fire of 1871. This was a relief for many. Not so poet and playwright Oscar Wilde, who slammed it during an 1882 lecture in which he said it resembled “a castellated monstrosity with pepper boxes stuck all over it”. That just goes to prove you can’t please everyone, but if you think you’d be pleased with Chicago, then why not get in touch with Mundana and see what they can arrange?