The group of islands which form the British Isles are as diverse as they are plentiful. But with hundreds of them to choose from, where do you start? Putting aside the two largest, Great Britain and Ireland, here are Mundana’s picks for seven of Britain’s best islands. 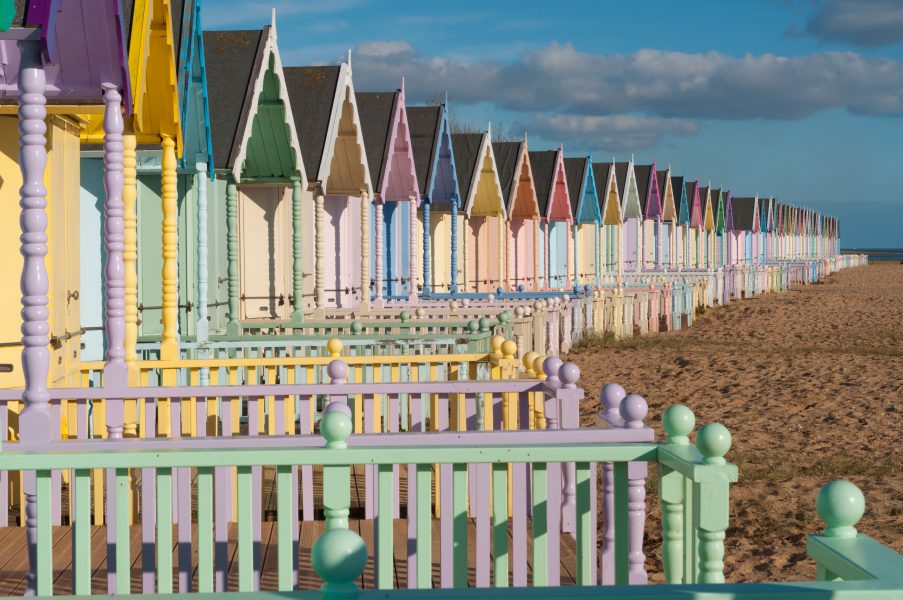 This tidal island off the coast of Essex is cut off at the highest tides. Crossing the Strood takes a bit of planning, but there are worse places to be stranded should you get your timing wrong. The island is famed for its oyster beds, which have been farmed since Roman times. Head out with Stacey of Lady Grace Boat Trips and learn about the history and legends that make Mersea one of Britain’s best islands before you enjoy fresh seafood at the popular Company Shed. 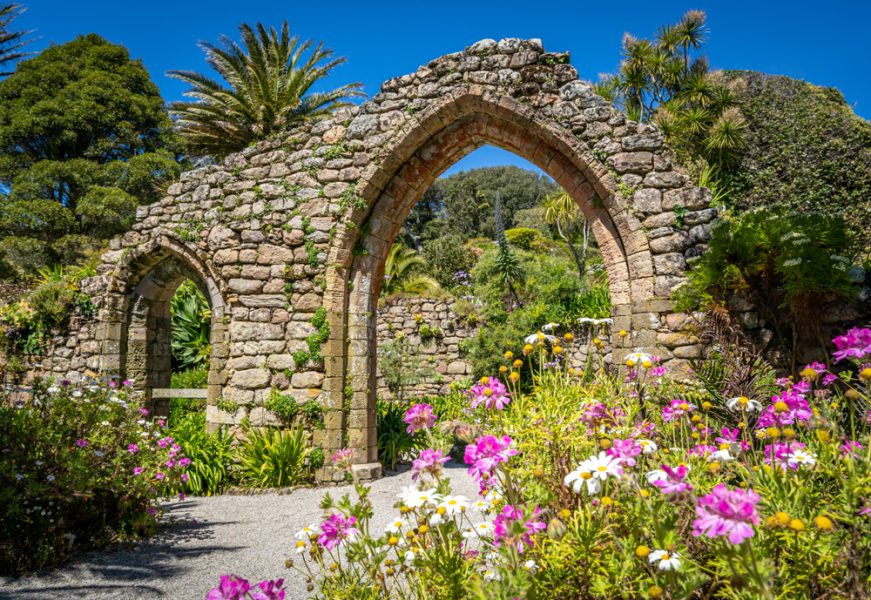 Horticulturalists and amateur gardeners alike will be enthralled by the glorious sub-tropical Abbey Garden. You’ll find it on Tresco, the second largest of the Scilly Isles. Exotic plants from as far afield as Brazil, New Zealand and South Africa thrive among the ruins of a Benedictine Abbey. Elsewhere on the island, explore two Tudor forts. And don’t miss the impressive Cromwell Castle which perches on a rocky promontory overlooking New Grimsby harbour. 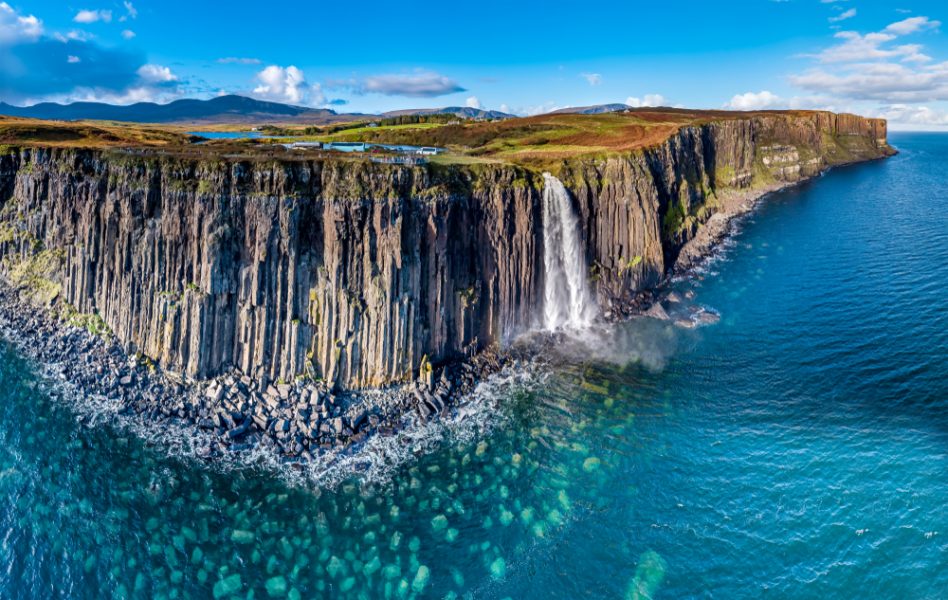 Skye’s an easy choice for Britain’s best islands. One of its most dramatic views is of the basalt columns of Kilt Rock. Its dolerite sills are said by some to give the cliff face the appearance of tartan. Nearby, Mealt waterfall tumbles off the cliff face into the Sound of Raasay. In strong winds, the water blows sideways and never reaches the ocean below. A few kilometres south you’ll encounter The Storr, a hillside littered with jagged rock pinnacles. Further south still, the magical emerald and azure Fairy Pools. 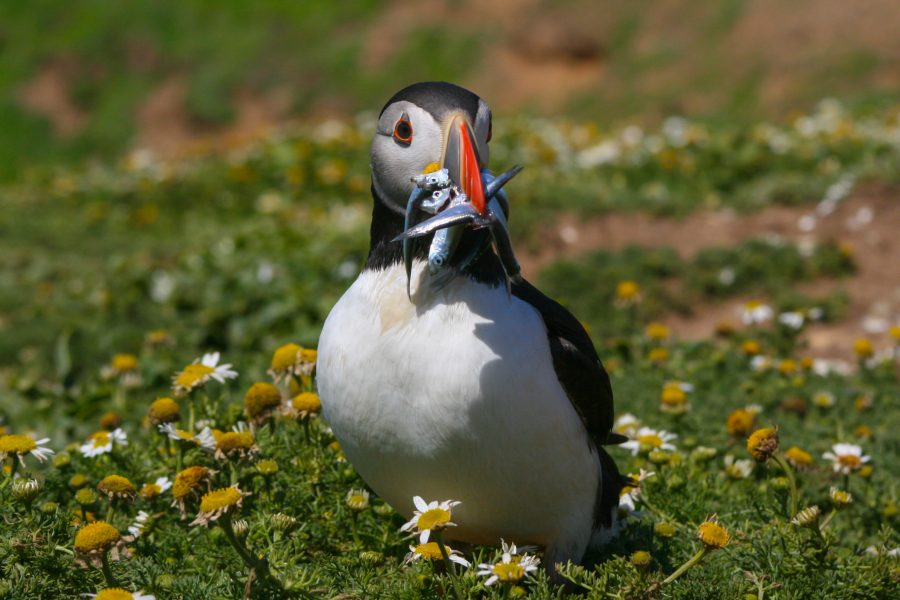 The main draw for visitors to the Welsh island of Skomer is its thriving puffin colony. These recognisable, comical birds are just one of the species that calls Skomer home. You’ll also find Manx shearwaters, guillemots, fulmars and razorbills in significant numbers. Dolphins and porpoises are regularly spotted in the waters that surround the island, while grey seals are year-round residents. 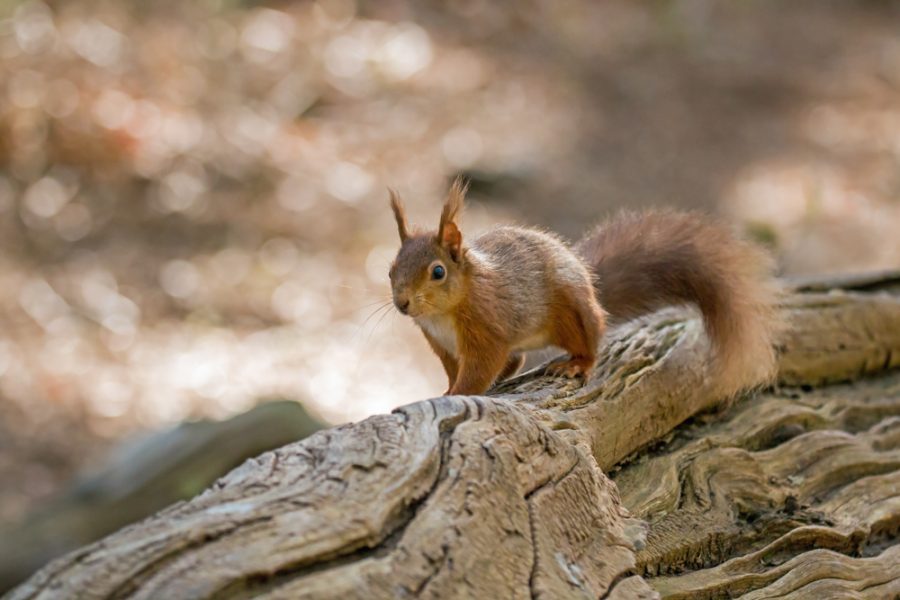 In much of Britain, the red squirrel population was decimated after the arrival of the larger grey squirrel from America. There are still a few places where you can catch a glimpse of these rare creatures and Brownsea Island is one of them, particularly in autumn. From the island, which sits in the middle of Poole Harbour in Dorset, you have breathtaking views of the Purbeck Hills. The island’s popular with history lovers too, who learn about its traditions of daffodil farming and pottery.

It’s not often you get to step out of an aircraft straight onto a beach. But that’s exactly what you should expect if you take a flight to Barra, where the sand doubles as an airstrip. In fact, it’s the only place in the world where a scheduled flight lands on a tidal runway. Away from the “airport” discover the 15th century Kisimul Castle which commands an islet off Castlebay or climb the trail leading to the summit of Heaval Hill, the island’s highest point.

The Isle of Wight 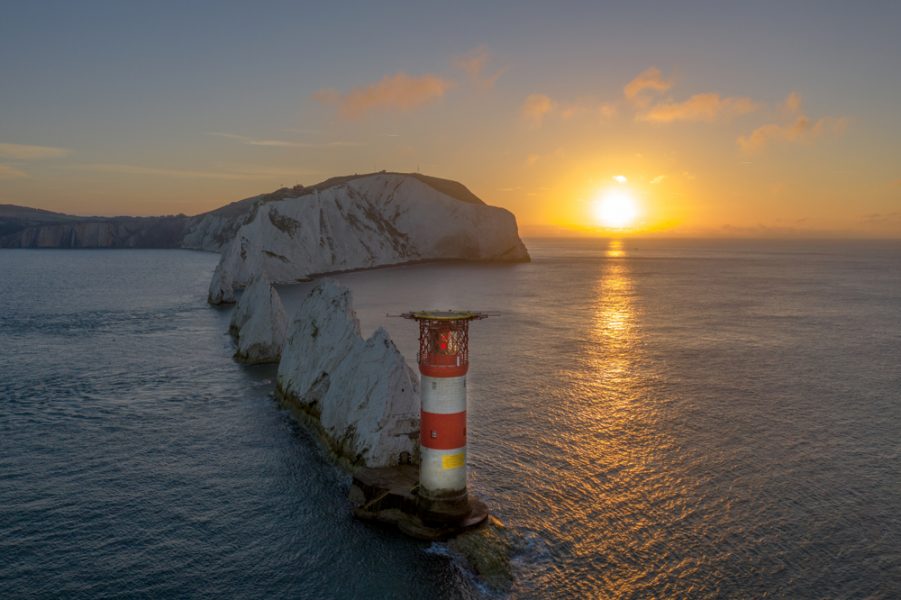 Dinosaur remains and ancient fossils, quaint villages crammed with thatched cottages and mile upon mile of sandy beaches make this island off England’s south coast a perennial favourite. The three craggy lumps of chalk that comprise The Needles guard the island’s westernmost point. Alongside stands a distinctive red lighthouse which dates from the 19th century. Once, there were four rocks and the name the Needles comes from the missing one, a needle-shaped column known as ‘Lot’s Wife’.

Let Mundana find you the perfect British package and discover one of these islands on your next trip.