The north German city of Bremen doesn’t receive the visitor numbers of Berlin, Munich or Cologne. But despite its under the radar status, it’s well worth a visit. Here are some of its highlights. 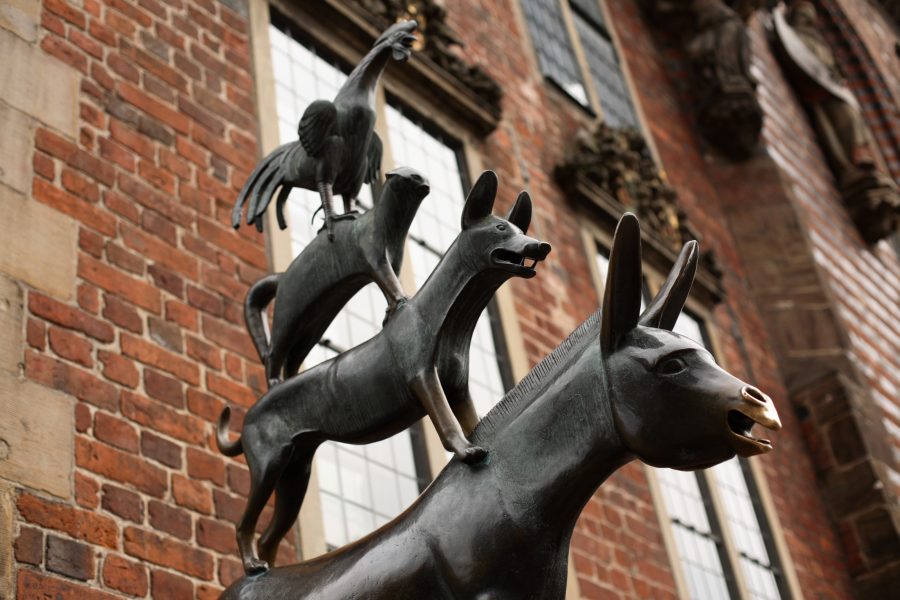 The fairytale “The Musicians of Bremen” was written by Brothers Grimm two centuries ago, first published in 1819. It tells the story of four ageing animals who, after a lifetime of hard work, are neglected by their owners. They decide to run away and set their sights on Bremen, a place known for its freedom. Along the way, the donkey, dog, cat and rooster find a cottage, scare off some robbers and make it their home.

Ironically, then, the animals never made it to Bremen, but despite that, you’ll find them all over the city. Perhaps the city’s most famous statue is a bronze of the musicians near the UNESCO-listed Town Hall, which offers tours. Many consider it good luck to rub the donkey’s front feet. A statue of a knight called Roland is not far away. Legend has it that as long as Roland watches over Bremen, the city will be safe. The authorities are thought to have a back up statue hidden in a vault just in case. 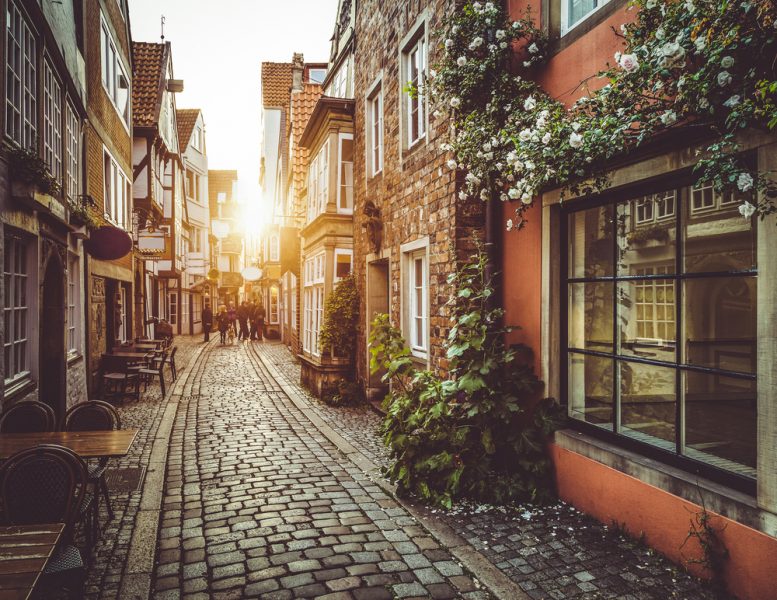 The Schnoor quarter is one of the oldest neighbourhoods in the city, the place where sailors let off steam on leave. The buildings in this part of town are charming, overhanging the narrow streets and full of art galleries and little boutiques. Schnoor has evolved from the low German “snoor” which means string. This could refer to the practice of making ropes or nets here for the ships that were passing through.

Tucked away behind the ornate Schütting (Guildhall), which unfortunately isn’t open to the public, is a tiny street called Böttcherstraße. As you enter, you’ll see a fabulous gilded mural which marks this street as an Art Deco masterpiece. It was constructed by a local coffee manufacturer and is now home to some high end gift and homeware stores. Try to time your visit to coincide with the chiming of the hour at the House of the Glockenspiel. 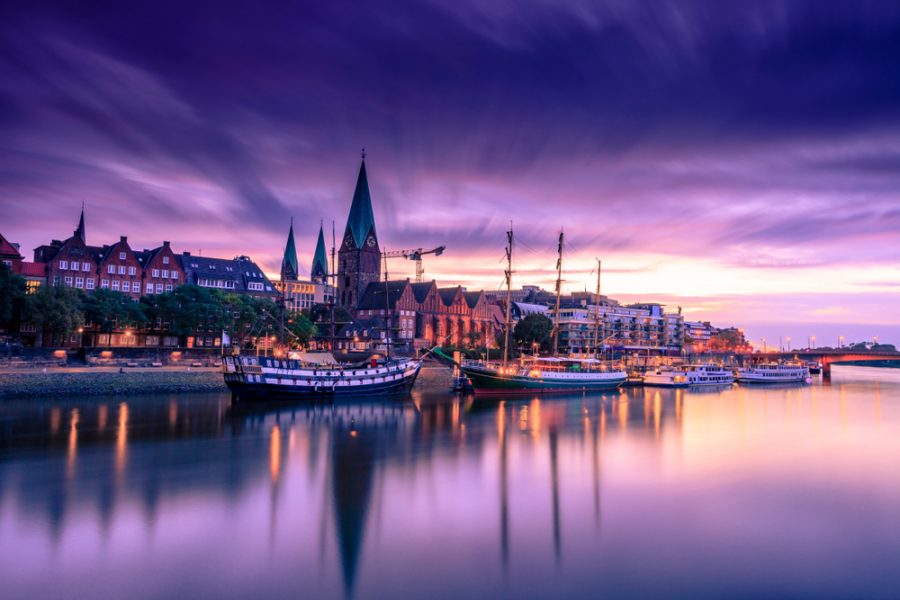 The River Weser bisects Bremen and in the warmer months, it’s fun to take a boat trip along the river. A 75-minute round trip takes you past the docks area of Uberseestadt.  Look out for the Beck’s brewery and also some names you will recognise on some of the factories and warehouses: Kellogg’s and Primark among them.  Boats depart from the Schlachte, the promenade most easily reached from the Altstadt if you cut through Böttcherstraße.

For something that’s a complete contrast to the historic old town, try Viertel. This is one of Bremen’s more Bohemian neighbourhoods. It has a lot of colourful street art as well as a few shops selling vintage clothes and plenty of decent cafes. The area is not as well heeled as some other parts of the city, but its edgy vibe makes a stroll around the neighbourhood quite rewarding.

Why not give Mundana a call and see what the latest deals to Germany are looking like?