Bangkok is one of Asia’s most rewarding cities. The buzzing Thai capital has a wealth of attractions which delight millions of visitors annually. It’s a fascinating city break destination and the perfect add-on to a longer holiday with easy connections to Thailand’s best beach resorts. Here’s our guide to Bangkok for beginners and some of the city’s must-sees for first time tourists. 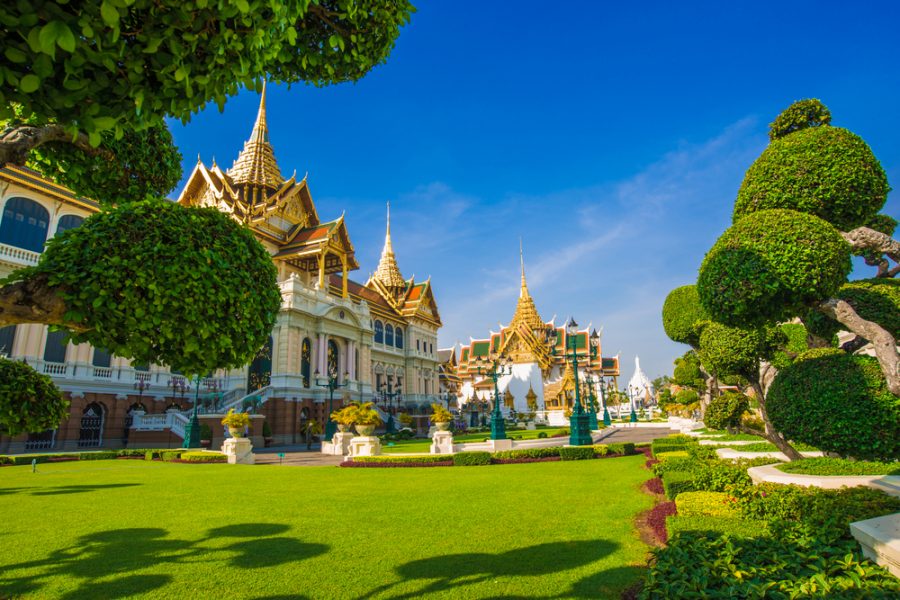 The Grand Palace has been the official residence of the Thai king since 1782 and it’s a must-see for any visitor. Alongside the palace itself, don’t miss the Emerald Buddha, housed in Wat Phra Kaew. It was carved from a single piece of jade and is exquisite. It is located in the Outer Court – the Inner Court is off limits. You’ll be able to explore the palace and its grounds, which are most easily accessed by water taxi.

Wat Pho, Wat Arun and the other temples 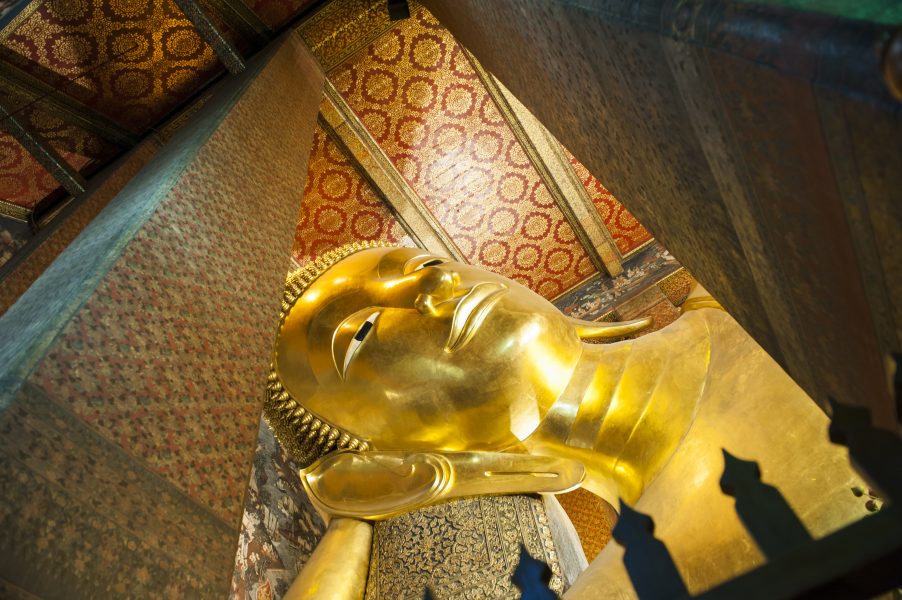 Bangkok’s most famous temple is Wat Pho, which occupies a riverfront location adjacent to the Royal Palace. It’s best known for the enormous Reclining Buddha, 46 metres long and clad in gold leaf. Wat Arun, across the river, is quickly spotted thanks to its 70 metre high prang (spire) which is especially attractive at dawn. 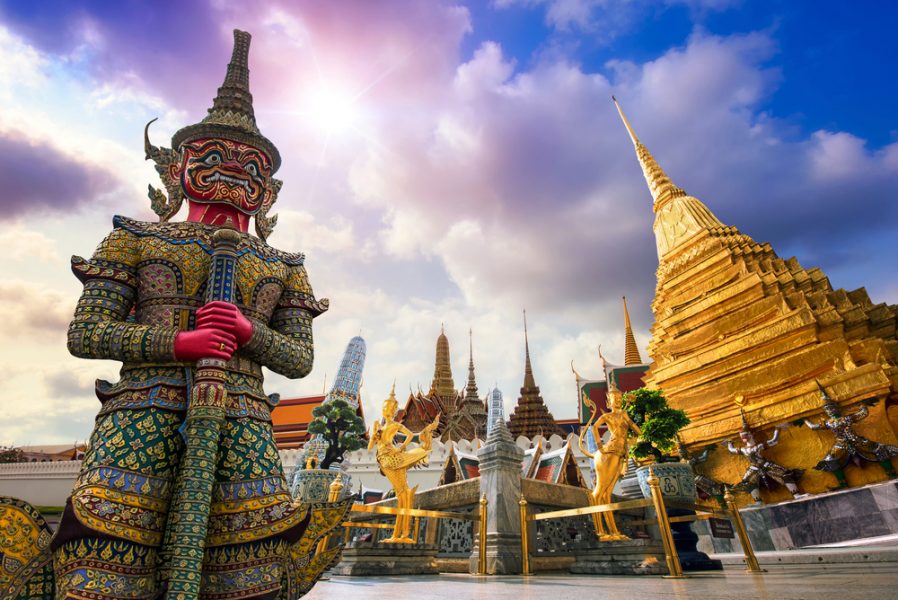 Other key temple sights include Wat Saket, also referred to as the Golden Mount or Phu Khao Thong, whose gold chedi perches on a hilltop. Don’t miss Loha Prasat Temple either. Built in 1846 it is surrounded by the large white temples of Wat Ratchanaddaram. 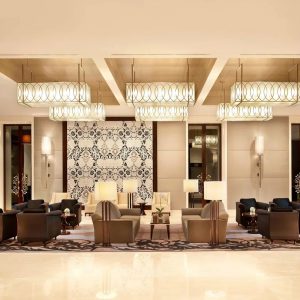 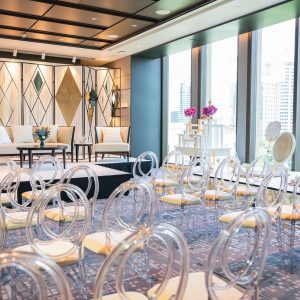 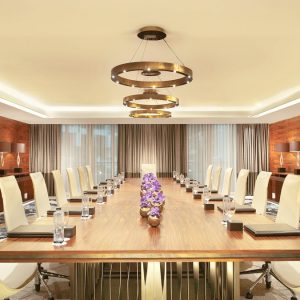 Chao Phraya River and the canals 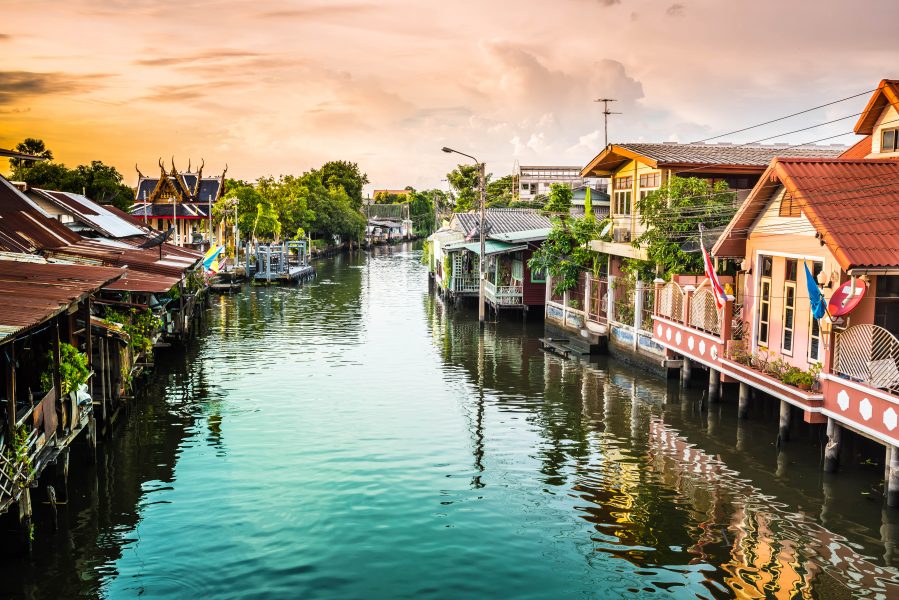 The Chao Phraya River is Bangkok’s lifeblood. In the crazy traffic and sultry heat, it provides respite and breathing space. Catch a regular ferry from one of its many piers or book a river cruise on one of the heritage rice barges that amble up and down throughout the day and evening. Explore the city’s canals, also known as klongs, at a leisurely pace. Exploring these calm backwaters makes it obvious why Bangkok was dubbed the Venice of the East. 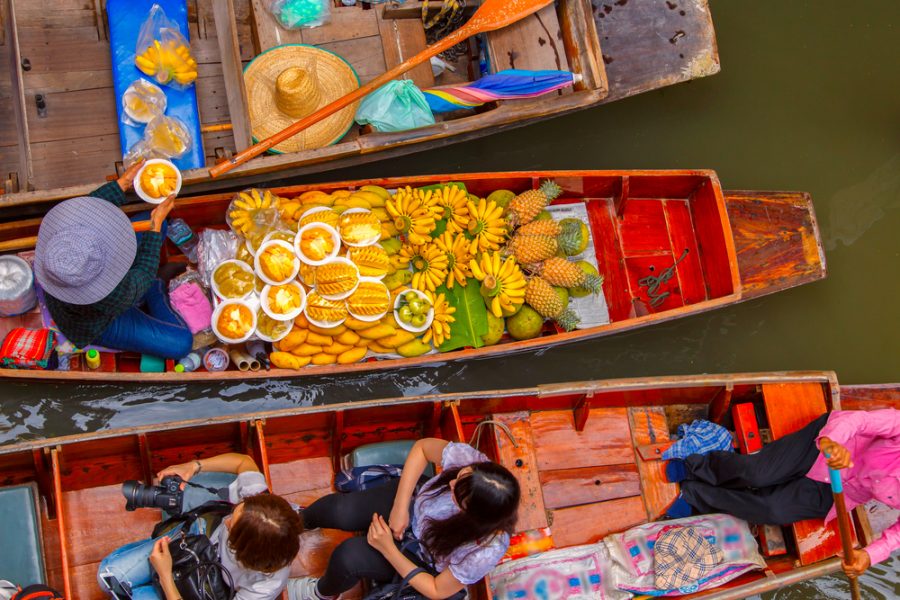 Chatuchak Market is much beloved of tourists. This sprawling weekend affair boasts over 15000 stalls. A quirkier option is the Plane Market in Chang Chui, one of the city’s newest night markets. At its heart is a decommissioned aeroplane. The market is fast making a name for itself for artisan products. A worthwhile excursion from central Bangkok is to the Damnoen Saduak floating market. Although it’s busy, crowded and touristy but an essential stop on any itinerary.

The city skyline and its rooftop bars 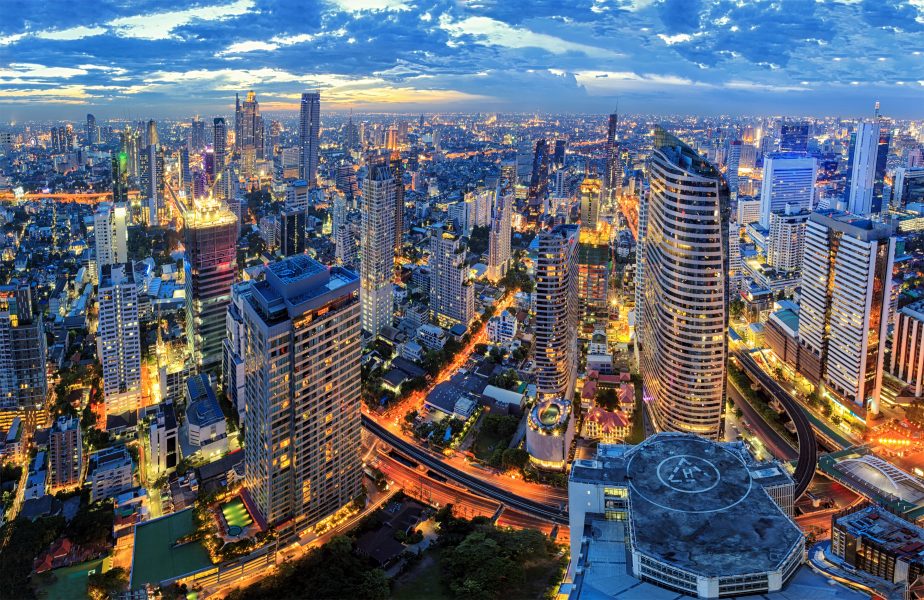 The glittering skyscrapers of modern Bangkok allow its skyline to rival that of other major Asian cities like Hong Kong and Singapore. Impressive by day, it’s after dark when the city has the wow factor. Take the elevator up to one of its many rooftop bars. From your terrace perch, watch the sun set and the lights sparkle. Sundowners don’t get any more breathtaking than this.

Why not give Mundana a call and find out about the current best deals to Bangkok and Thailand?