Are these the world’s best desert destinations? - Mundana
Mundana

The world’s deserts have an enduring allure. They offer respite from the busy city, a chance to get out into the wilderness and embrace nature at her most stark. At once extraordinary and inhospitable, they mesmerise the intrepid traveller. Here are some of the world’s best desert destinations to whet your appetite ready for when you’re ready to travel again. 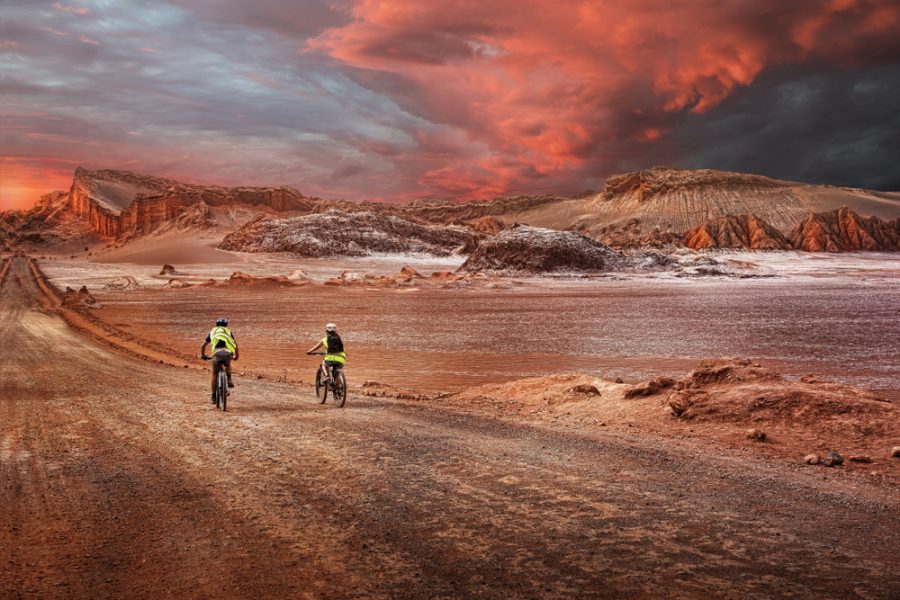 The oasis town of San Pedro de Atacama lies at the heart of desert tourism in Chile. This pretty little town, packed with whitewashed adobe houses, curio shops and restaurants is the starting point for treks and tours to one of the most beautiful places in South America. Snow-capped volcanoes rise from high altitude plains. Flocks of pink flamingos colour ice blue glacial lakes. At El Tatio, the steam from the world’s highest geyser field dissipates as the morning sun musters strength. Nowhere is the scene more stark, however, than in the Valle de la Luna. There, the arid, salt-encrusted moonscape reddens with the sunset before disappearing into the inky blackness of the night. 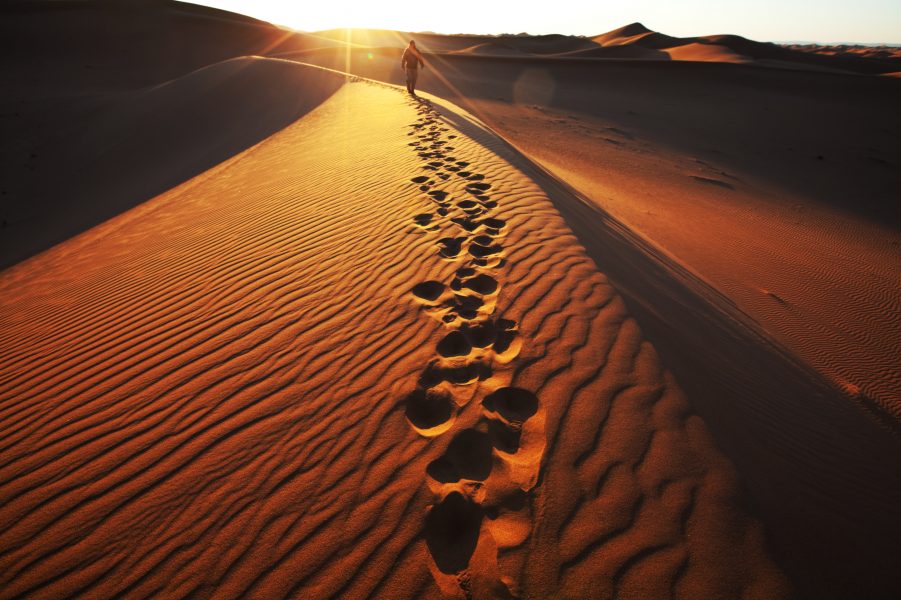 Africa doesn’t get any more spectacular than this. The Namib may not be as large as the Sahara but it more than holds its own when it comes to dramatic scenery. At Sossusvlei, the wind plays with granules of sand, endlessly reshaping the dunes. Climbing is hard work, boots sinking into the soft surface, but the views from the top are ample reward for such efforts. At nearby Dead Vlei, the white clay pan is devoid of greenery in this desiccated space. Yet the skeletal forms of perished trees, their trunks and bare branches blackened by the sun cut photogenic silhouettes against a backdrop of terracotta earth and an impossibly vivid blue sky. 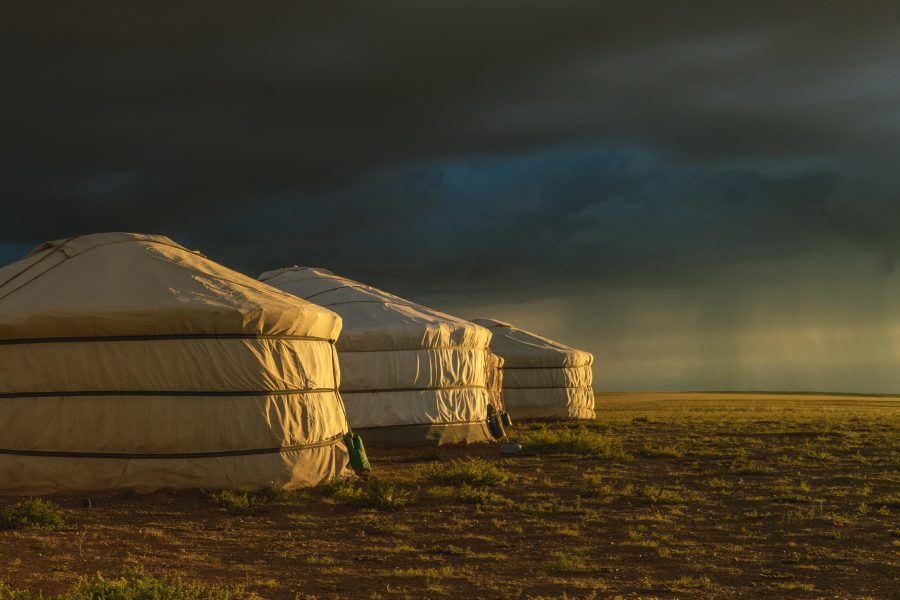 Stretching across vast swathes of Mongolia and China, the mighty Gobi once lay at the heart of the Mongol Empire. It played a vital role as a stop along the ancient Silk Road. Extreme lows and highs make this a challenging place to settle. Many of its inhabitants lead nomadic lifestyles as a result. Packing their worldly belongings onto the back of flat-bed trucks, they shift around in search of sufficient grazing for their livestock, making their homes in felt tents known as gers. Visitors are welcome, either to share in the nomadic lifestyle or enjoy the breathtaking vistas from lodges and camps scattered across the region. 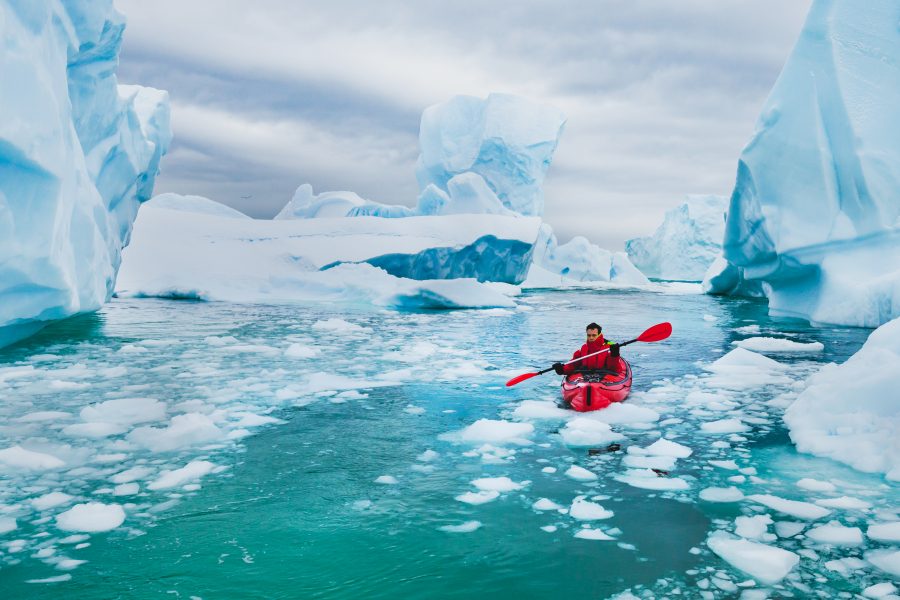 Surrounded by ice as far as the eye can see, it’s easy to forget that Antarctica too is a desert. Precious little precipitation falls over the planet’s southernmost continent. It receives a mere 200mm annually in its coastal regions and even less in the barren interior. Instead, it acts as a store, with over 80% of the world’s freshwater reserves are imprisoned here. As remote as it is spectacular, only a privileged few get the opportunity to see this pristine paradise with their own eyes. Whale watchers claim sightings of Minke, Humpback, Blue, Sperm and Killer Whales, while Emperor penguins potter about on shore. Bird watchers delight in sightings of albatrosses, cormorants, shearwaters and petrels. 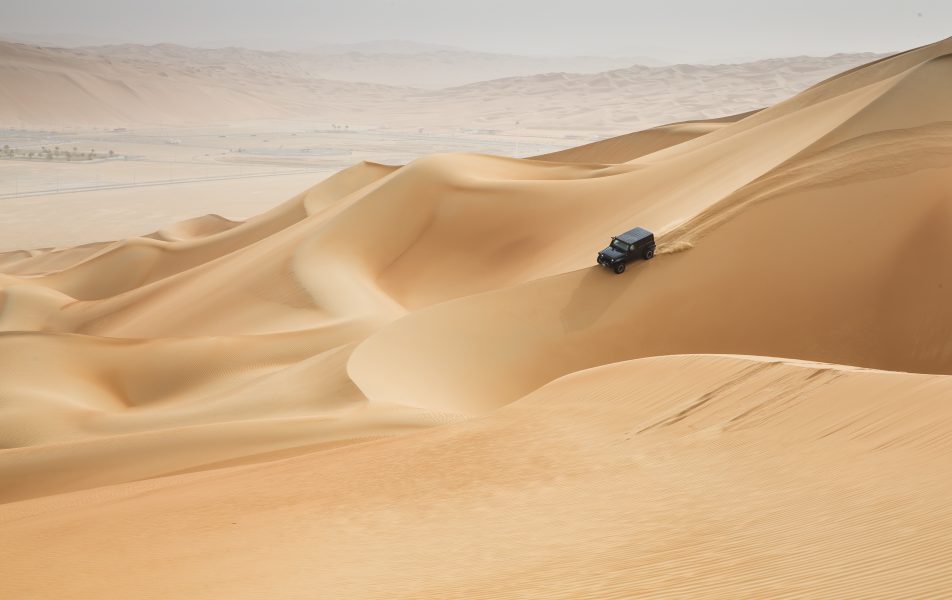 Known as the Empty Quarter in English, the Rub al Khali’s soaring dunes stretch as far as the eye can see in this, the largest sand desert in the world. Extending across parts of Oman, Yemen, the UAE and Saudi Arabia, this harsh and unforgiving landscape is magical in its beauty. Experience the heritage and lifestyle of the Bedouin people: sample their favourite foods and camp out beneath the stars. By day, sand board on the dunes. Ride camels through this unspoilt landscape and experience the exhilarating thrill of dune-bashing by 4×4.

If you’d like Mundana to make your desert dream a reality, why not give us a call?