Five things you should do during a winter trip to Oslo

Oslo is an easy add-on to a broader Norway trip but also a captivating destination in its own right. Tick off the capital’s major sights over a long weekend, but if you can spare a little more time you’ll be glad to hang around. In winter, Oslo’s location in the south of the country means that it usually experiences higher temperatures than towns and cities north of the Arctic Circle as well as more hours of daylight. Book a hotel downtown, grab an Oslo Pass and plan to make the most of its reliable transport network. Here are the things you should do during a winter trip to Oslo. 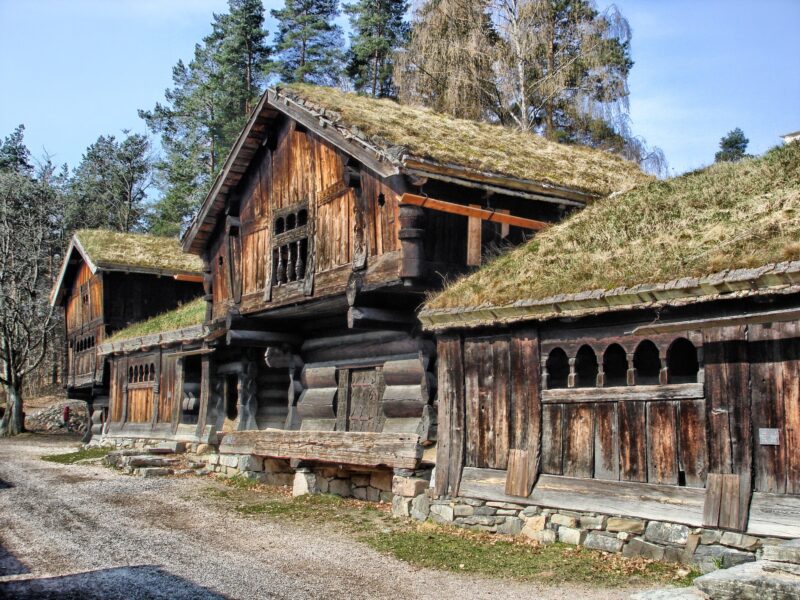 When the temperature plunges outside, take the opportunity to acquaint yourself with Oslo’s many excellent museums. Many of them cluster on the Bygdøy peninsula, a short drive or bus ride from the city centre.

Step on the weathered boards of the Fram, the ship that carried Roald Amundsen to the South Pole. Opposite, the raft that carried Thor Heyerdahl across the Pacific and the reed boat he sailed across the Atlantic are on display at the Kon Tiki Museum. Down the road is the fascinating Norsk Folkemuseum with an eclectic collection of timber structures including a beautiful stave church and the world’s oldest wooden home. The waterfront Munch Museum showcases the art of Edvard Munch. In it, you’ll find one of three rotating versions of his most famous work, The Scream, as well as an interactive exhibit which recreates his home.

Walk on the roof of the opera house 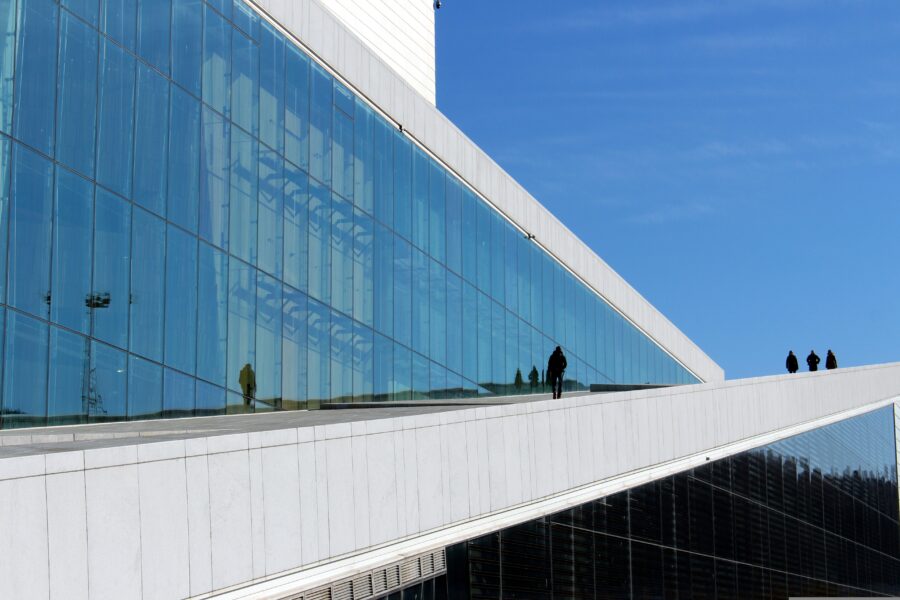 Inclusivity is a Scandi trait and this extends to the city’s opera house. Far from being the preserve of the city’s wealthy elite, this place welcomes everyone. One of the unmissable things you should do during a winter trip to Oslo is to admire the building’s magnificent architecture. It is located where the Akerselva River joins the Oslo Fjord. This modern structure was designed to resemble a glacier and its stark lines are impressive – not to mention photogenic. Next, walk up onto the roof – at the top, the views over the fjord are splendid, particularly if you’re witness to a dreamy sunset. Back at ground level, take a sneak peek through the windows at the many elaborate outfits and wigs that adorn the mannequins of the costume department. Duck inside to go behind the scenes on a guided tour. Finally, get your hands on a ticket and watch an enthralling performance of opera or ballet.

Take in the view from the Holmenkollen ski jump 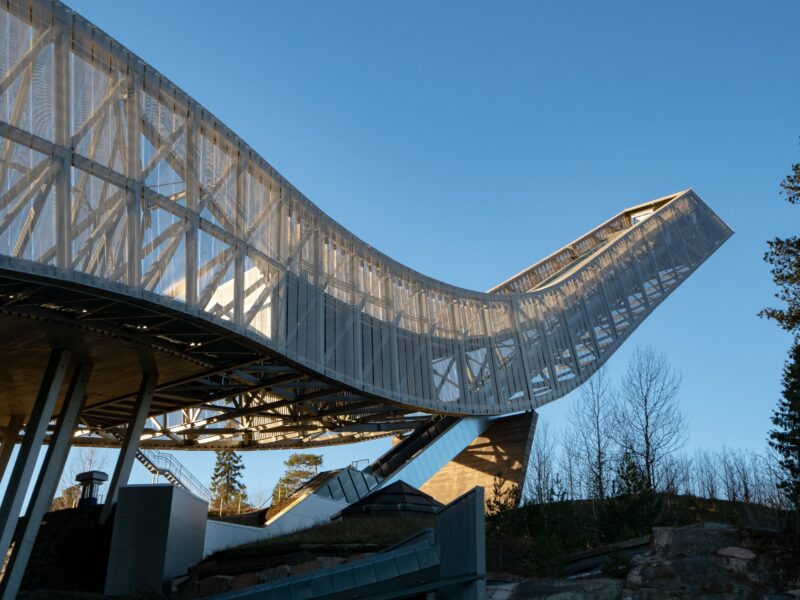 The view from the Jump Tower at Holmenkollen overlooks the city, fjord and surrounding countryside. The wintry landscape and soft light make this one of the prettiest spots in Oslo. This winter sports area was originally situated outside the city and, from 1879, hosted the Husebyrennet skiing competition. Over the years the ski jump has been demolished and rebuilt, most recently for the 2011 World Championships. When it’s not in use, visitors ascend the tower. As you peer down the steep hill, you’ll have a new-found appreciation for the bravery of those who compete in such events. If that’s not enough, find out just how scary ski jumping is and try out the ski simulator. Adjacent is the world’s oldest ski museum, which opened in 1923. It’s closed for renovations until the end of 2023 but you can still visit the Jump Tower.

Admire the sculptures in Ekeburgparken and Vigeland Sculpture Park 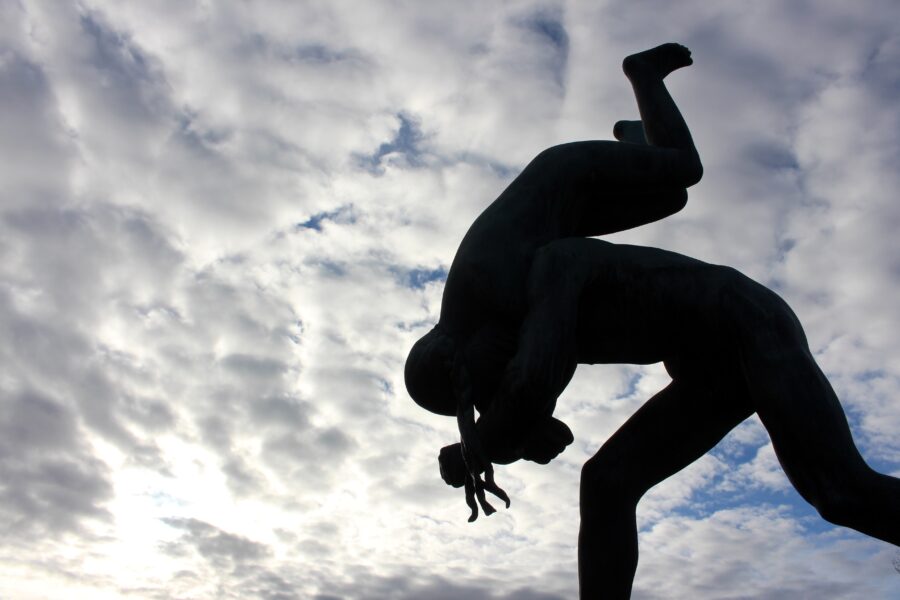 Oslo’s appreciation for art isn’t confined to indoors. Pick a dry day, wrap up warm and board the number 13 tram to visit Ekeburgparken. A stroll along woodland paths leads to numerous sculptures by world-renowned artists. You’ll find an unusual angel created by Damien Hirst and a stylised, gleaming representation of Marilyn Monroe by Richard Hudson. Don’t miss a signature nude by the acclaimed Colombian artist Fernando Botero. Perhaps most iconic of all is a piece by Berlin-based duo Elmgreen & Dragset titled “Dilemma”. Cleverly positioned facing the Oslo fjord, it depicts a young boy on a diving board deciding whether or not to jump. It’s a metaphor for life’s many decisions. Another piece, entitled “Man and Woman” is the work of Gustav Vigeland. To see more of this great sculptor’s work, head over to Vigeland Sculpture Park, where you can see “The Angry Boy” and much more.

Get to know the hipster neighbourhood of Grünerløkka 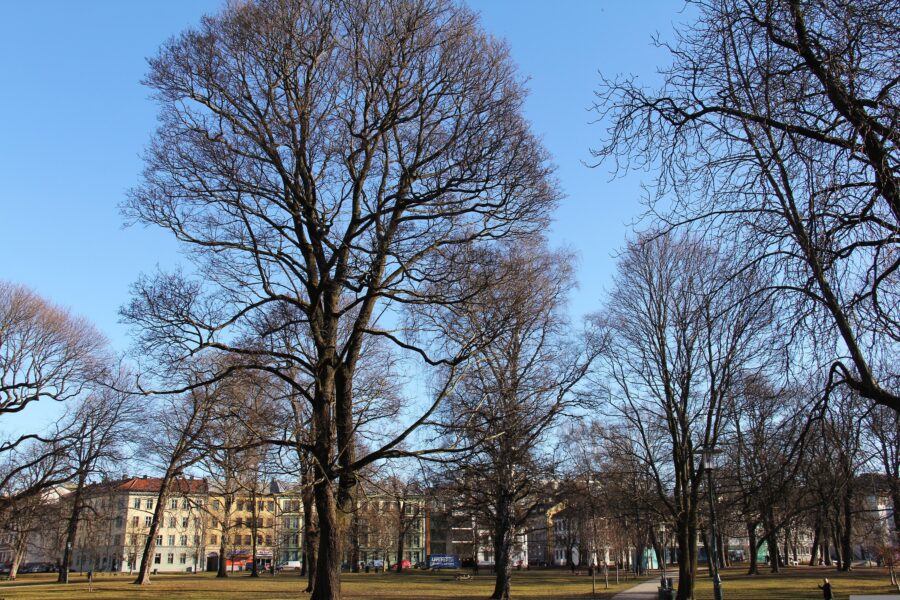 Norwegians are great coffee drinkers, beaten only by Finland when consumption is measured per capita. Oslo’s café culture is an essential experience for any visitor. This isn’t the place to grab a quick coffee to go. Instead, socialise over a leisurely drink as the locals do. Seek out Tim Wendelboe, a stylish espresso bar in Grünerløkka that roasts its own beans and whose baristas know a thing or two about those all-important beans. Grünerløkka itself is a real treat. Browse at its regular flea market, which sells an eclectic range of vintage clothing, vinyl, antiques and memorabilia. This hipster neighbourhood’s stores are just as enticing, interspersed with indie restaurants and a plethora of bars and restaurants. Throw in some attractive parks and squares, plenty of street art and a walking trail that follows the river. It’s not hard to see Grünerløkka’s appeal.

Mundana can recommend a suitably impressive place to stay, such as the sumptuously storied Grand Hotel or The Thief, a fabulous contemporary boutique pad. We’ll help you design an individually-tailored itinerary to suit your interests and help you get the most out of your stay. Whether you’ve been to Scandinavia before or are keen to dip a toe into the water, why not give us a call and set the wheels in motion?

Five things you should do during a winter trip to Oslo