Tenerife: discover the largest island in the Canaries - Mundana
Mundana

Tenerife: discover the largest island in the Canaries

Discover Tenerife, the largest island in the Canaries archipelago, and its most visited. Popular year round, tourists come for its coastal beaches and mountainous interior. If you’ve always thought of it as a fly and flop destination, you’ll be surprised at just how much there is to see and do. Here’s what you need to know. 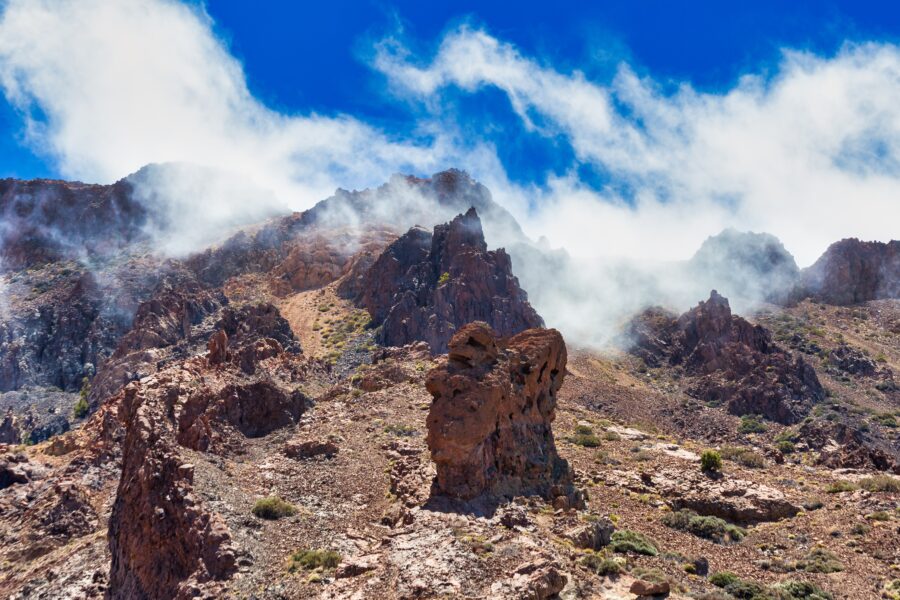 Discover the largest island in the Canaries by beginning with a bird’s eye view. Mount Teide is Spain’s highest peak, reaching a height of 3715 metres above sea level. This volcano is also a UNESCO World Heritage Site. One of the most challenging yet rewarding activities you can do during your visit is to climb to its summit on foot. It will take around six hours. But, if the thought of such a mammoth hike fills you with dread, cheat and take the cable car to the summit instead. Regardless of how you got up here, the panoramic views of the caldera, lava cones, flows, dykes and a breathtaking rocky landscape won’t disappoint.

Chill out at the beach 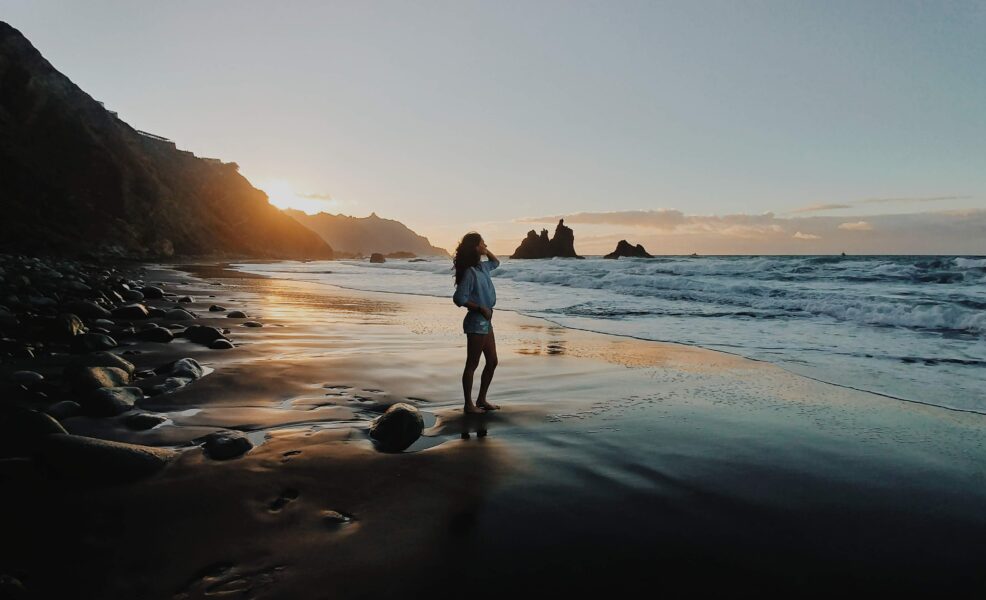 From broad strips of sandy at the centre of the action to secluded bays that are firmly off the beaten track, there’s a beach for everyone. At popular spots like Las Américas and Las Teresitas you can rent water sports equipment or enjoy a refreshing drink at a lively beach bar. Playa de Benijo in the north east of the island will suit those looking for seclusion; with its iconic sea stacks and volcanic sand, it’s photogenic too. In addition, you might head to the César Manrique-designed Le Jardin. Once there, stroll through exquisite gardens to reach a black sand beach.

It’s possible to spot whales and dolphins off the coast of Tenerife throughout the year. Pilot whales and bottlenose dolphins typically hang around off the Costa Adeje in the south of the island. You might also be lucky enough to spot sperm whales, though they make their presence known far less frequently. Other migratory cetaceans join them on and off, including fin, humpback, minke and even blue whales. Sailing boat and RIB trips can easily be arranged from resorts such as Los Gigantes, Puerto Colon or Los Cristianos.

To properly discover the largest island in the Canaries, you need to delve into its history. San Cristobal de la Laguna dates from the 15th century. It is a UNESCO World Heritage Site, noteworthy because its grid-pattern layout paved the way for Spain’s colonial settlements in the Americas. There’s a wealth of historic buildings to admire, including the Iglesia del Cristo, Santa Clara and Santa Catalina convents, Palacio de Nava and Casa Salazar. But it’s worth just ambling around its cobbled streets, squares and courtyards without a firm plan to appreciate the lovely Mudéjar architecture and colourful façades.

Hike to and from Masca 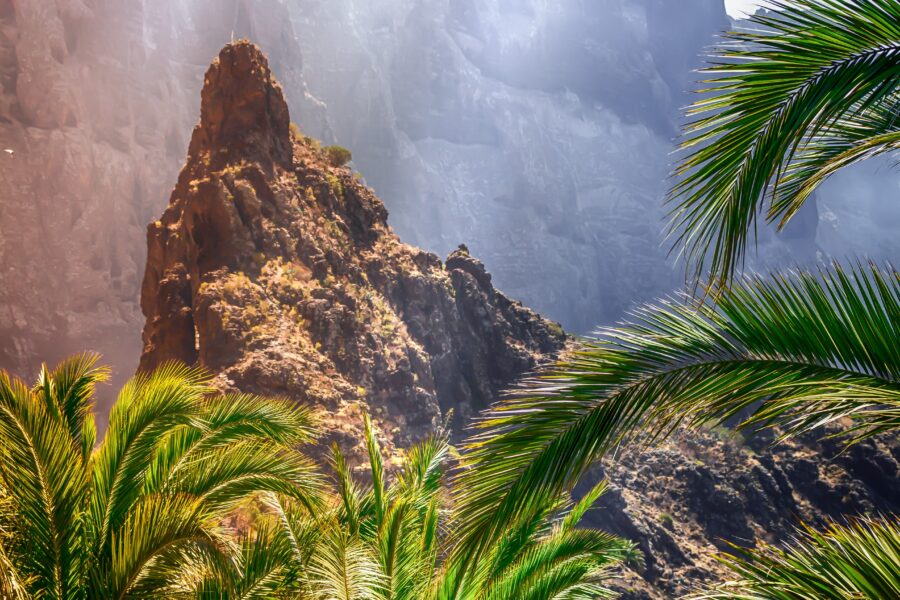 Masca is a tiny hamlet perched high on a ridge in the Teno Mountains. The road winds up from Santiago del Teide in the south. Peer down, if you dare, as the bus tackles endless hairpin bends. Vertiginous views over steep ravines are nothing short of extraordinary. Secure one of the coveted Barranco de Masca permits to experience this striking gorge on foot. It is an exceptionally challenging route and isn’t for the fainthearted. However, if you’re fit enough, it’s the best way to immerse yourself in some of Tenerife’s best scenery so why not discover the largest island in the Canaries on foot too? 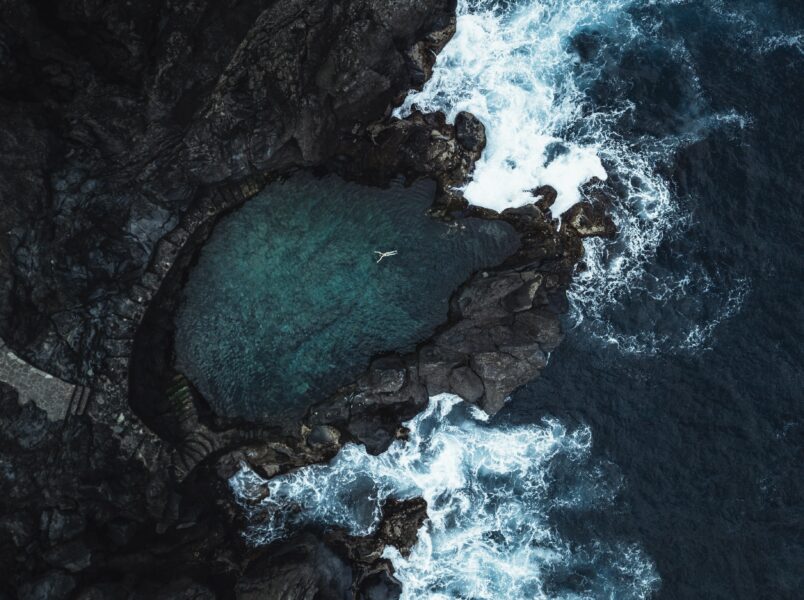 The charming town of Garachico is known for its natural pools. El Caletón de Garachico was created by the 1706 volcanic eruption. The lava cooled to form rock pools whose calm water now offers an alternative to the open sea beyond. While you’re in the area, visit the 16th century Castillo de San Miguel and enjoy breathtaking views of La Culata cliffs. There are a plethora of similar rock pools along the coast. Try those further east, such as at Charco del Viento and at La Laja in San Juan de la Rambla, as well as to the west in places like Charco del Chochos.

Vines were introduced to Tenerife by the Spanish in the 15th century. They thrived in the island’s fertile volcanic soils and Atlantic microclimate. Today, it’s possible to visit wineries such as the Casa del Vino in El Sauzal. Step inside its cobbled courtyard to find a vintage wooden winepress and a museum in a centuries-old manor house. There are numerous other wineries worth seeking out, such as Bodega Frontos, Bodegas Monje and Bodegas Reverón. Book a wine-tasting and bring home a bottle or two as a souvenir of your trip.

Hole up in a rural retreat

Eschew the busy resorts of the south coast and seek out Tenerife’s only parador. Las Cañadas del Teide is a simple yet stylish mountain lodge. By day, hike a trail that winds through the Roques de Garcia. After dark, this remote spot is the ideal place for stargazing. Upscale Hacienda del Conde, between the mountains and the ocean, boasts a golf course designed by Seve Ballesteros. Alternatively, check in to La Casona, a delightful boutique hotel in the grounds of a 17th century manor house. Join a yoga session or explore bucolic surroundings on horseback or by mountain bike. 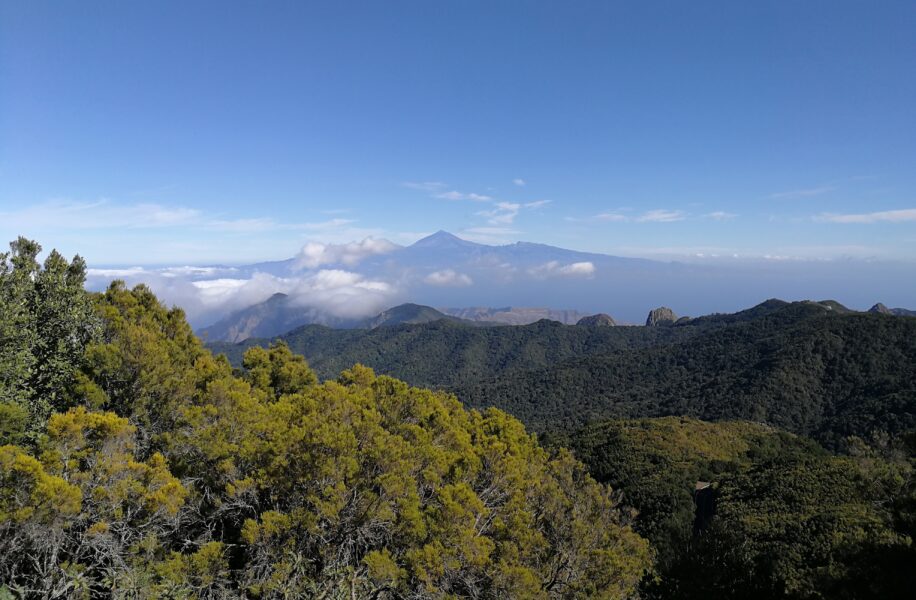 A day trip to Tenerife’s neighbour, La Gomera, is a popular excursion. Christopher Columbus called in here on his way to the Americas in 1492. Today’s visitors face a much shorter boat ride – the ferry takes less than an hour. Among the island’s most unmissable sights are the pretty town of Agulo, Hermigua canyon and the dense laurel forests of the Garajonay National Park. Tours may include a chance to listen to the island’s unique whistling dialect called Silbo Gomero. It was developed as a means of communicating over long distances where a shouted instruction would have been lost on the wind.

Whether you’re looking for a break with some winter sun or an action-packed summer holiday, let Mundana take care of your plans. We can tailor a bespoke itinerary to your needs and interests, so why not give us a call today? It’s time to discover the largest island in the Canaries for yourself.

Tenerife: discover the largest island in the Canaries

USA: The best of the Rockies

USA: The best of the Rockies