7 cool things to do in Northern Sicily - Mundana
Mundana

7 cool things to do in Northern Sicily

Sicily is the largest island in the Mediterranean. Over thousands of years, people have come and gone, leaving their mark on the landscape, culture and food. It’s a fascinating destination, whether you can spare a long weekend or a couple of weeks. One thing’s for certain, when you leave you’ll already be planning a return visit. Let Mundana take you on a journey along the island’s northern shore: here are our picks for some of the cool things you can do while you’re in this part of Sicily.

Take a train ride onto a ferry 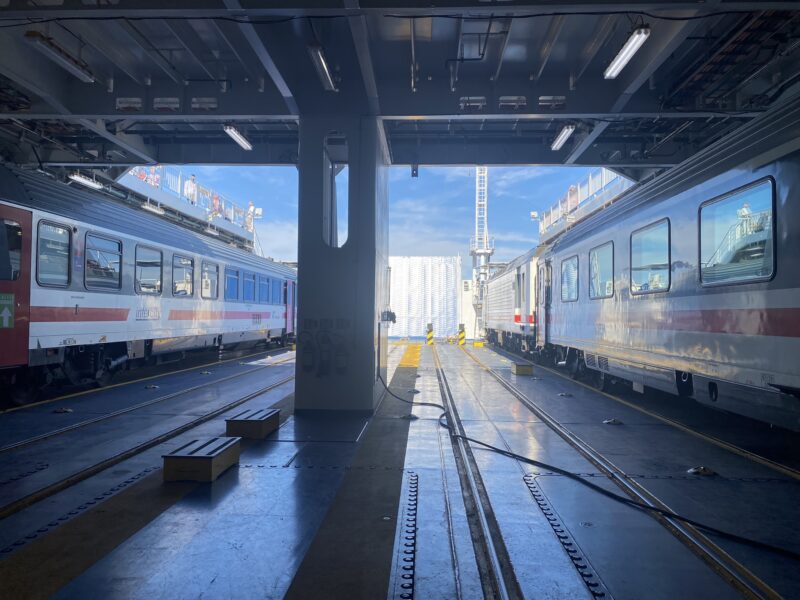 One of the best ways to arrive in Sicily is by train and this particular journey is arguably one of the best railway journeys in the world. This is where you’ll find something of a rarity: a train which trundles onto a ferry. While the railway team ensure the tracks perfectly line up, all you have to do is sit back and relax. Once on board the ferry, you’re free to disembark and take a look at the carriages from above or enjoy the view as you cross the Straits of Messina. This stretch of water is actually one of the best places on earth to witness the Fata Morgana, a mirage like effect which tricks the eye into thinking objects are floating above the horizon. 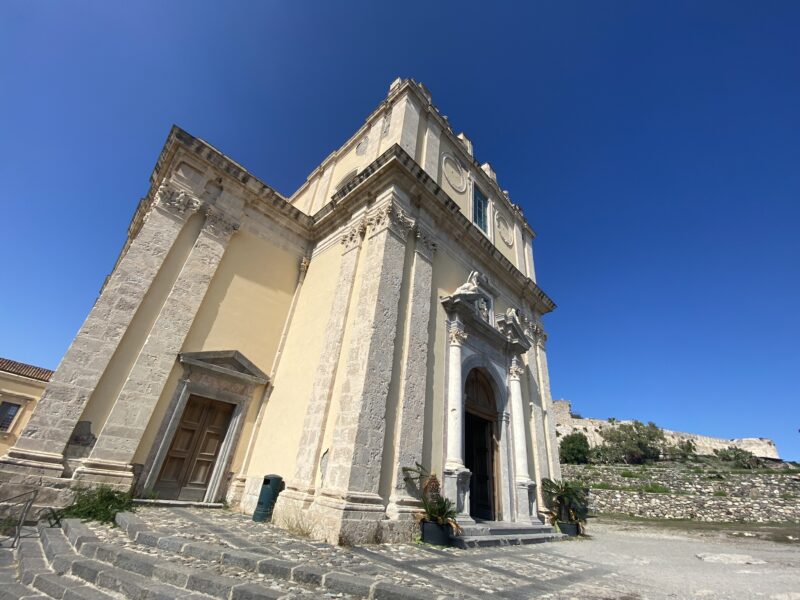 One of the first stops you should make after the ferry is at the pretty port town of Milazzo. Buildings crowd the waterfront, where yachts bob gently in the marina. But the main attraction perches high on the hill overlooking the town: stone walls enclose a medieval castle and the old cathedral. It only takes around twenty minutes to walk up here from the town hall on the seafront, but the views from the top are breathtaking. You’ll see both sides of this promontory and glimpse hazy yet  the unmistakable shapes of the Aeolian Islands out in the distance. 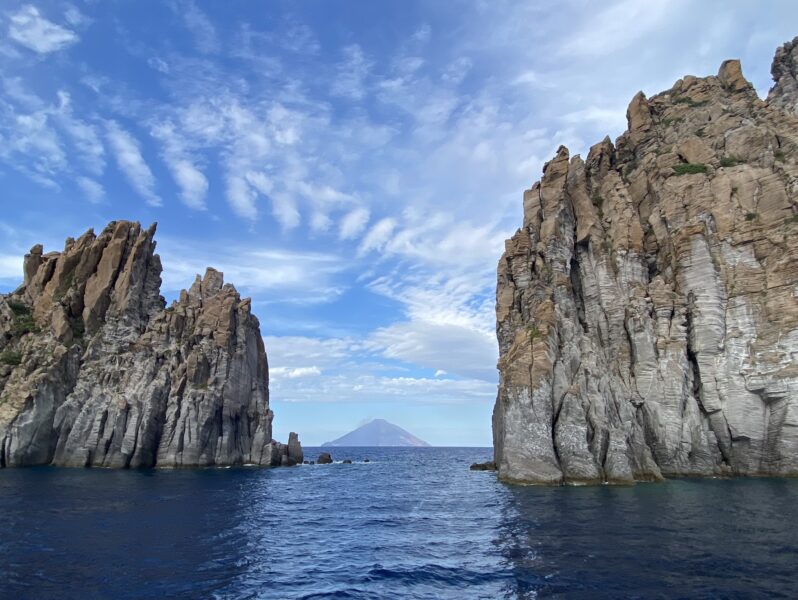 The Aeolian Islands are a chain of volcanoes which lie off the north coast of Sicily. Boat trips leave at frequent intervals from ports such as Milazzo. One of the prettiest in the chain is Panarea, a delightful, laidback place. There, cobbled lanes and stepped pathways lead to hidden nooks and whitewashed homes smothered in hot pink bougainvillea. It’s no surprise that it’s a celeb favourite; once the day trippers go home it’s a special place indeed. Grab a table in the sunshine at the Bar del Porto, order an Aperol Spritz and watch the boats come and go.

Get a close up look at an active volcano 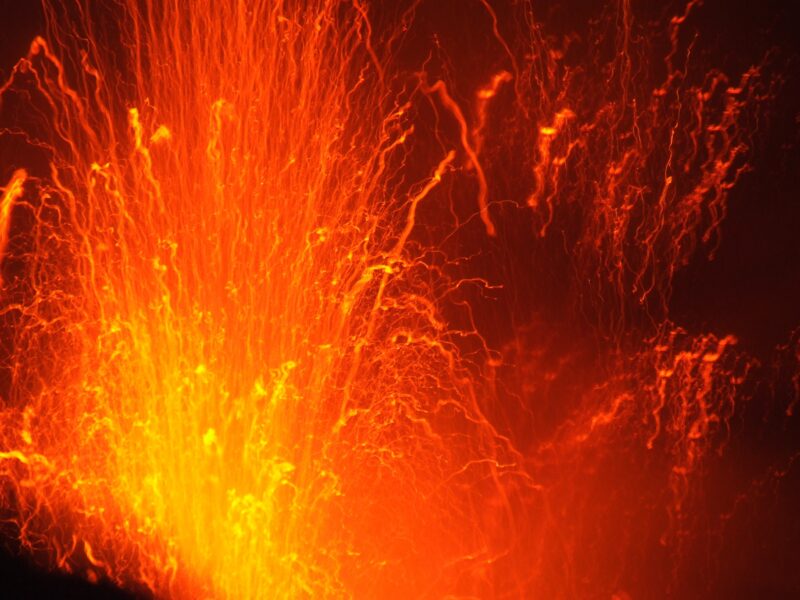 A popular combination for day trippers is to pair Panarea with Stromboli. From Panarea, it’s a short hop to Stromboli, a cone-shaped volcano that has spewed ash and lava almost constantly for centuries. It’s rarely dangerous, but often puts on quite a show. That’s especially the case after dark when any lava fountains pop against the blackening sky. Hike up to the observation area for a closer look at the crater. Alternatively, boats circumnavigate the island to visit the Sciara del Fuoco, a charcoal coloured scarred flank which is a reminder that lava flows sometimes reach the sea. 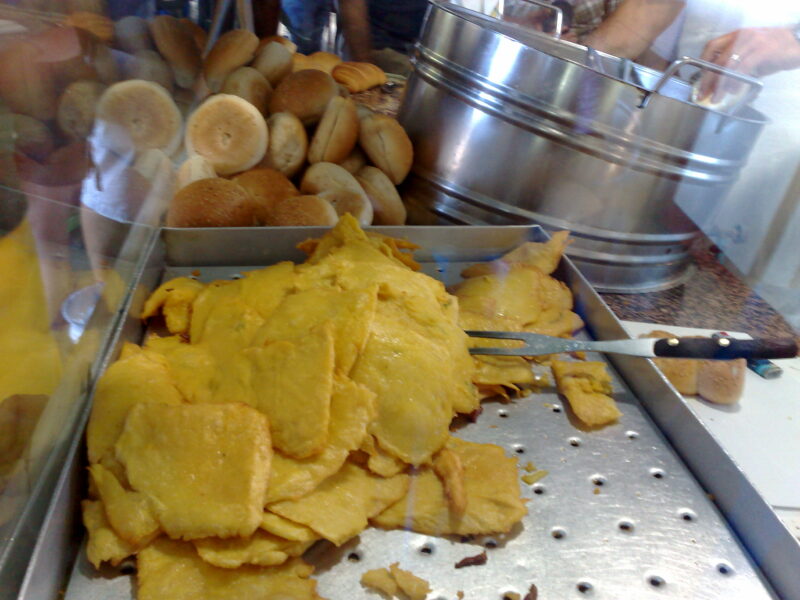 One of the best ways to get to know a place is through its food and taking a street food tour is a cool thing to do while you’re in Northern Sicily. Palermo is a few hours further along the coast by train. Load up with carbs on Streaty’s street food tour. In the company of an engaging and informative guide, you’ll learn how Sicily’s history has created a hybrid cuisine. You’ll duck into back alleys and eat as the locals do, savouring flavoursome arancini al ragù, the sweet and sour stickiness of caponata, golden deep-fried chickpea fritters known as panelle and bruschetta laden with swordfish roe. If you’re brave enough, you might even stomach pani câ mèusa, veal spleen and lung crammed inside a bread roll.

Learn how Palermo dealt with the Mafia 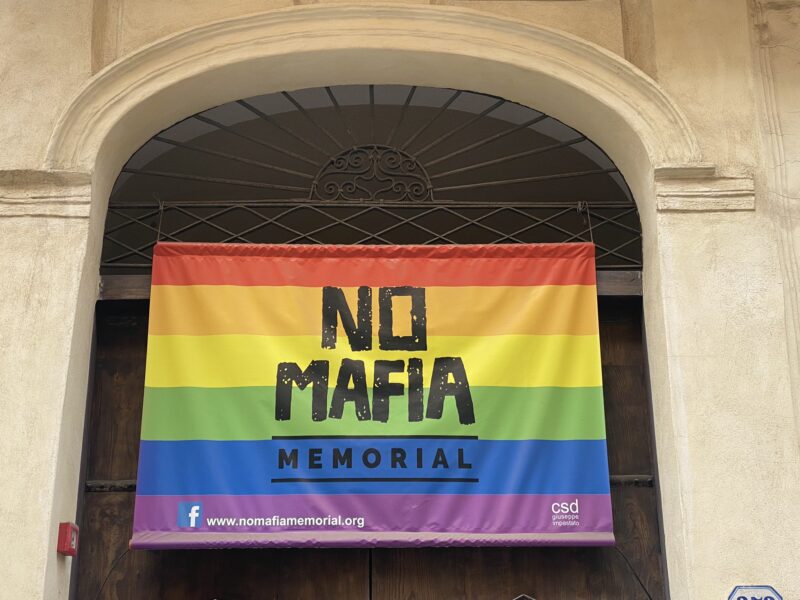 Until the early 1990s, the residents of Palermo faced extortion and threats of violence from the Mafia, who controlled many of the businesses in the city. The turning point came with the murder of two of the city’s top prosecutors in bombings which shocked and angered the population. They fought back, and today Palermo is a much safer place. Giovanni Falcone and Paolo Borsellino are honoured in Piazza della Memoria, their names inscribed alongside those of other Mafia victims. Learn more at the No Mafia exhibition on Via Vittorio Emanuele, Palermo’s main shopping street. Look out for stores displaying the Pago Chi Non Paga logo supporting businesses who’ve chosen to refuse to be intimidated.

Ride the cable car to Erice 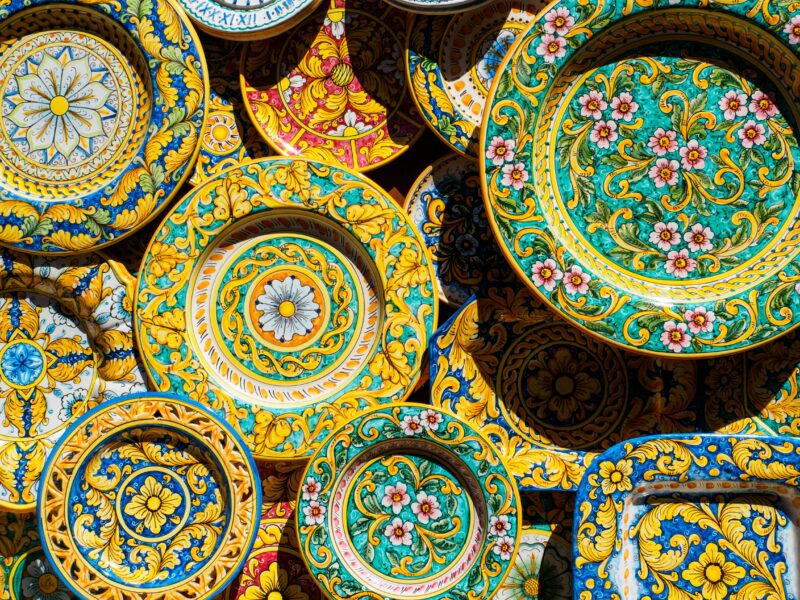 From Palermo, take the slow train or the fast highway to Trapani. It’s a port city too, but high on a hill above Trapani take a cable car ride to a medieval gem, the village of Erice. As Trapani’s influence grew, Erice stagnated. Today, the legacy of such change can be seen in its historic centre, where a maze of cobbled streets lead to ancient churches, crenellated towers and piazzas lined with cute cafés and shops selling colourful handmade pottery. But the main draw of a visit is the breathtaking panorama. From up here, you have an uninterrupted view of Trapani, the nearby salt works and of course the sea. Once you’ve worked up an appetite, munch on the local delicacy, a buttery biscuit with a soft creamy filling known as Genovesi Ericine.

Travelling through this part of Sicily will give you a yearning to see more of the island. It’s easy to combine other tourist-friendly cities such as Noto, Modica and Siracusa, not to mention another active volcano – Etna. Why not let Mundana craft you a bespoke itinerary so that you can discover one of Italy’s most interesting destinations at your own pace? Get in touch with one of our experts and let us help you plan a Sicilian adventure.

7 cool things to do in Northern Sicily