9 Quirky things to do while you’re in Japan

Japan’s popularity with overseas visitors has a lot to do with its beautiful temples, sacred shrines and mountainous landscapes. But it’s also a very fun place to visit. There are so many unique, unusual and downright weird things to do while you’re there. If you’re thinking of holidaying in this fascinating Asian country, Mundana suggests you combine your sightseeing with some of these nine quirky things to do while you’re in Japan. 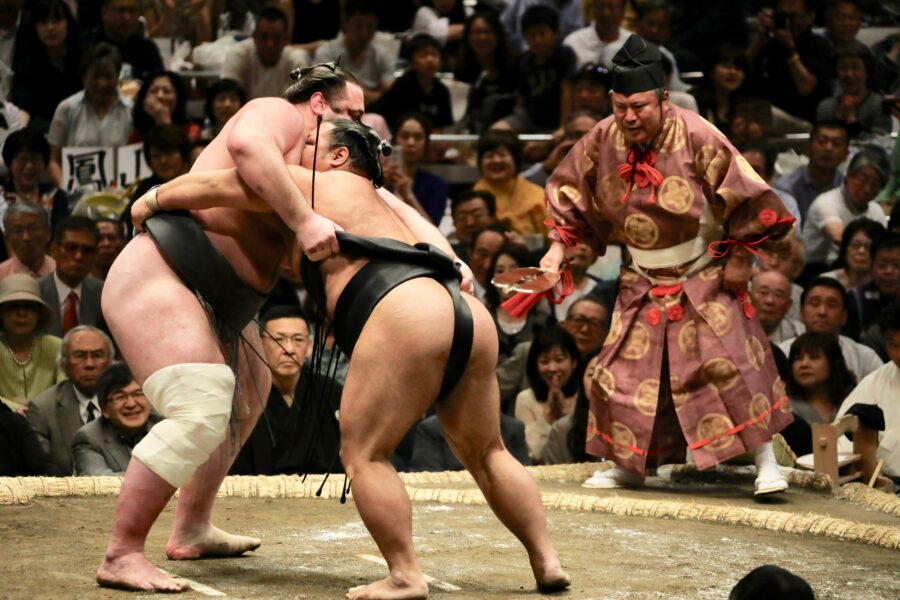 The Japanese are obsessed with sumo and take their national sport extremely seriously. As a visitor, witnessing the training at close quarters is a real privilege. Wrestlers, known as rikishi, undergo a strict regime. Trainees enter a heya or stable to dedicate themselves to the sport. From then on, every aspect of their life – eating, training and sleeping – is strictly controlled. A few stables allow visitors to watch early morning training sessions, making this one of our favourite quirky things you can do while you’re in Japan. There’s a strict etiquette involved (total silence is expected, for instance) and you’ll need a local guide. To see the results of all that hard work, follow up with tickets for a tournament.

Dine at a robot restaurant

In Nihonbashi, Tokyo, Dawn Avatar Robot Café embraces robot technology and offers patrons the opportunity of being served in a less traditional way. Reserve one of their OriHime tables. You’ll interact with a robot which will take your order and bring your food. There’s also the option of using their Tele-Barista service. This features a different kind of robot that’s trained to drip the coffee of your choice. Of course, you can still book a regular café table and be served by a human, but you can do that anywhere, right? 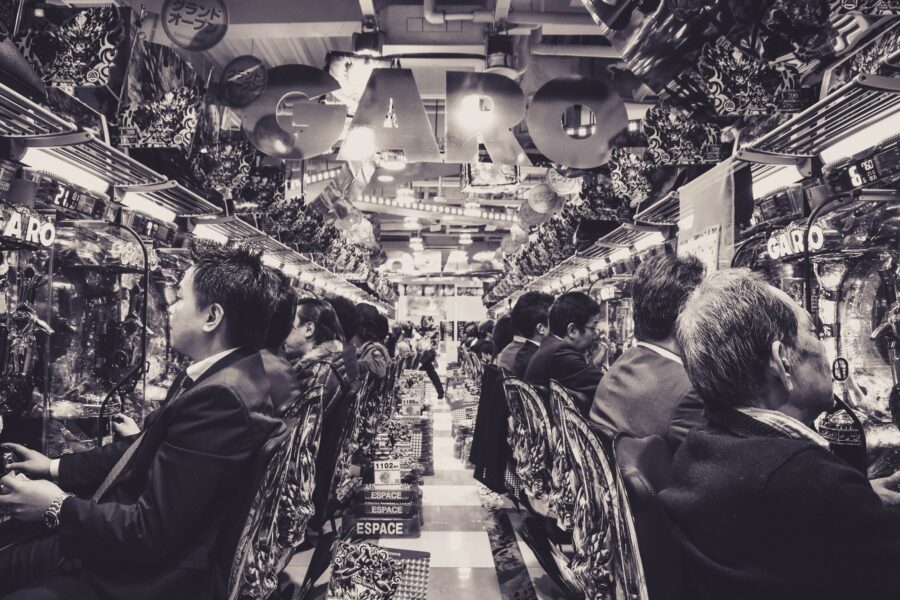 Pachinko is Japan’s answer to pinball. A game in one of the country’s many pachinko parlours is a must for anyone seeking out quirky things to do while you’re in Japan. You won’t have a problem finding one. They’re usually characterised by neon lights and plenty of noise. Pop your money in the slot and pull the lever. Try to keep the balls in play by aiming them at the top of the machine. If you hit the jackpot, known as an aotari, the machine will pay out in the form of balls which fall into a tray. Call an attendant and find out just how lucky you’ve been.

Visiting a lively market and tasting food that you can’t get at home is one of Mundana’s favourite ways to appreciate the cuisine of a country. But in Japan, you can take things a stage further and seek out some highly unusual fruit. In the late 1970s, growers came up with an innovative way of space saving – they grew watermelons in boxes so that they’d fit better in people’s fridges. Visit a store such as Sembikiya which specialises in luxury fruit. You might also see a heart-shaped watermelon or one of their famously expensive muskmelons. 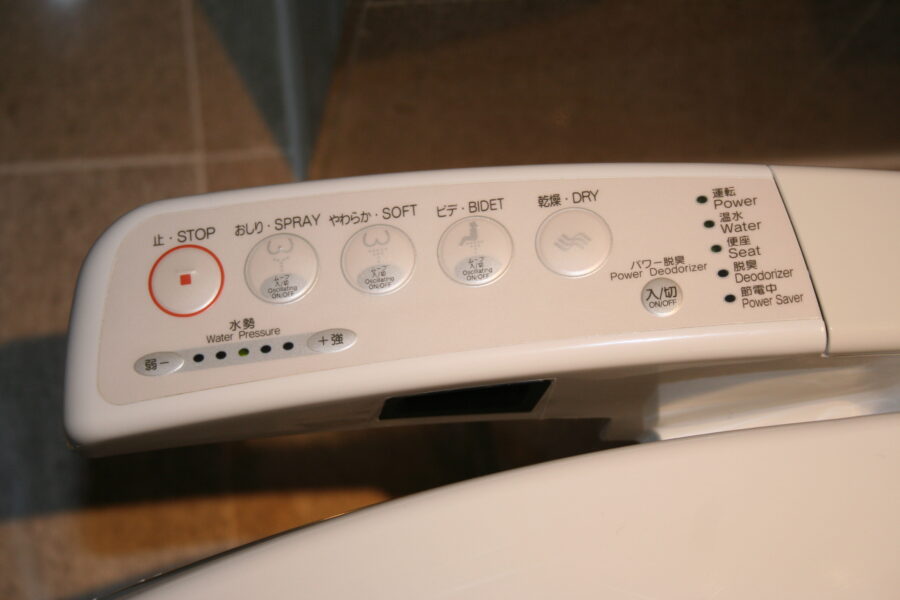 Yes, you did read that right! Japanese toilets are legendary for their complexity. For foreign visitors, they’re an experience in themselves. The most advanced have germ-resistant surfaces. They glow in the dark at night and are fitted with air-conditioning underneath for hot days. Some play soothing music, which has the added benefit of disguising other noises for those who are a bit shy about that kind of thing. Most feature buttons for washing, drying and even deodorising the air. Figuring out which button to press at each stage of the proceedings can be a challenge but that’s all part of the fun.

On the southerly island of Kyushu, there’s a town called Beppu. It sits on geothermally heated ground and some say bathing in its warm black sand is good for soothing aching muscles and improving the symptoms of various ailments. You’ll be invited to change into a yukata, a cotton bathrobe. Next, you lie in a hollowed out patch of beach. Attendants will rake warm sand over your body and leave you to enjoy a sea view. They’ll dig you out when you’ve baked for an appropriate length of time and point you in the direction of the showers so you can clean yourself up before you leave.

Dress up as a geisha 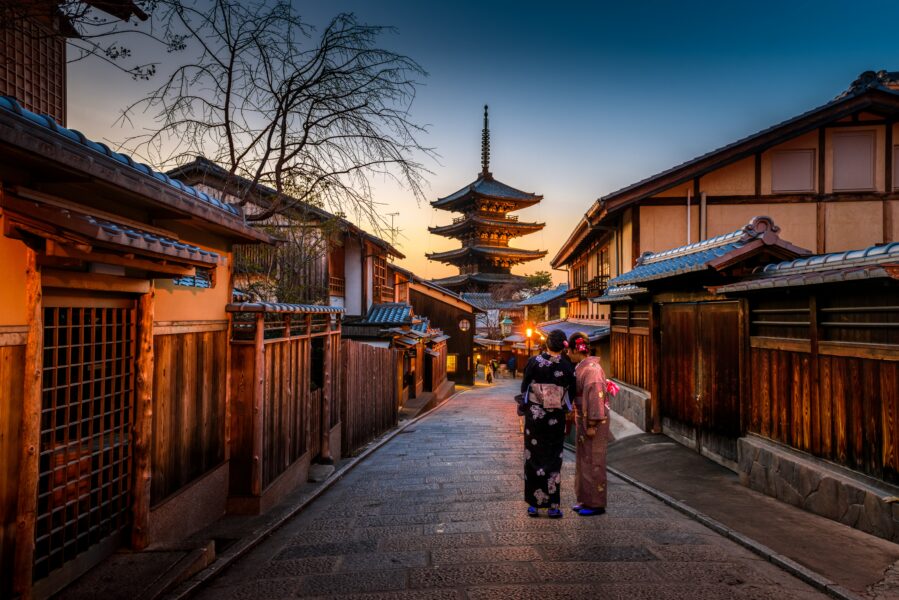 Geisha are female Japanese performing artists who are proficient in singing, dancing and the art of conversation. They have a distinctive appearance, donning elaborate kimonos and white face make up. In places like Gion in Kyoto, you’ll sometimes see them hurrying to evening appointments. For a fee, MAICA will dress you up as a geisha or maiko (apprentice) and explain various aspects of their culture. Once the transformation is complete, they’ll take you out on the streets of Gion for a photo shoot. You’ll have your picture taken at some of Kyoto’s most charming spots.

Booking an overnight stay doesn’t have to mean confining yourself to one of the many amazing luxury hotels Japan has to offer. But if you’re looking for quirky things you can do while you’re in Japan, we think you should also consider spending the night in a capsule hotel. These pod-like rooms were originally designed to save space and provide affordable accommodation for businessmen. A stay in a historic ryokan is the ideal opportunity to experience Japanese culture. Sleep on a futon on a floor strewn with tatami mats. Bathe in a traditional tub. For something completely different, stay at a Henn na hotel, which famously employs working robots alongside its human employees.

Grab something from a vending machine 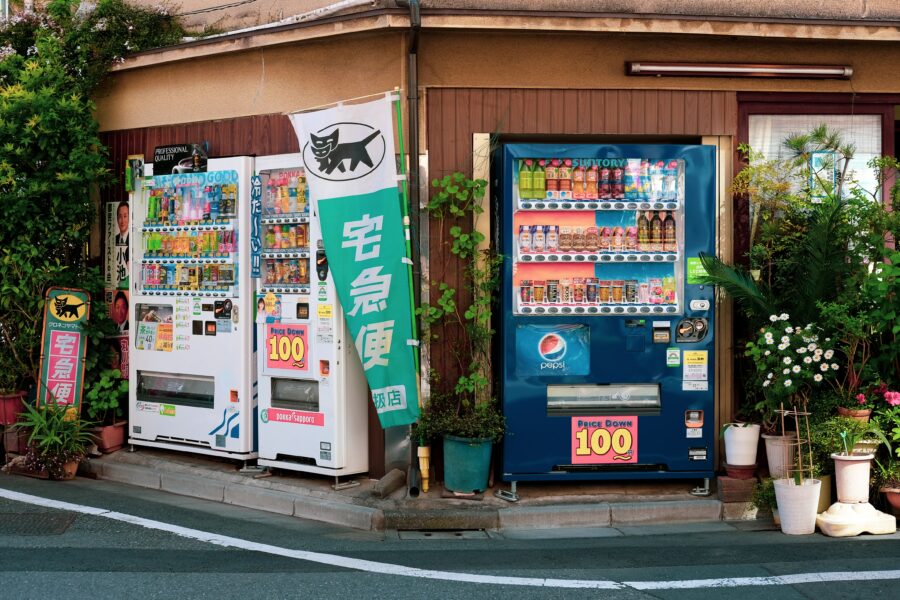 Vending machines aren’t unique to Japan, of course. But there’s arguably nowhere else in the world where you can get such a wide selection of products out of one. Alongside the usual crisps and snacks, you’ll find machines delivering hot food such as hamburgers, pizza or noodles? Wash it down with a beer or shot of sake. If you’re a male traveller and feeling a little underdressed, ask someone to point you in the direction of the nearest necktie machine. And anyone who’s been caught out by the rain will appreciate the ease of shopping for an umbrella this way.

Here at Mundana, we know how Japan’s very different culture can make it a little daunting. Because of this, we’re happy to take the uncertainty out of your trip planning and make all the arrangements for you. Get in touch today to discuss your needs and we’ll come up with an itinerary that you’ll love.

9 Quirky things to do while you’re in Japan