Moscow’s an excellent choice for a city break or as the jumping off point for an epic Trans-Siberian train ride. Pack out your itinerary with experiences – watch the changing of the guard ceremony, shop for stacking dolls, book a caviar and vodka tasting and get your health kicks as the locals do at a typical banya. You’ll need to book ahead to watch a ballet at the Bolshoi, but many fun activities, such as playing the machines at the Museum of Soviet Arcade Games, don’t need to be reserved in advance. You’ll need at least a few days to see the main sights. We recommend a three night stay before you hop on a high speed train to St Petersburg or head east to see more of this vast country. Here are some suggestions to get you started.

Take in the view from the top of Federation Tower 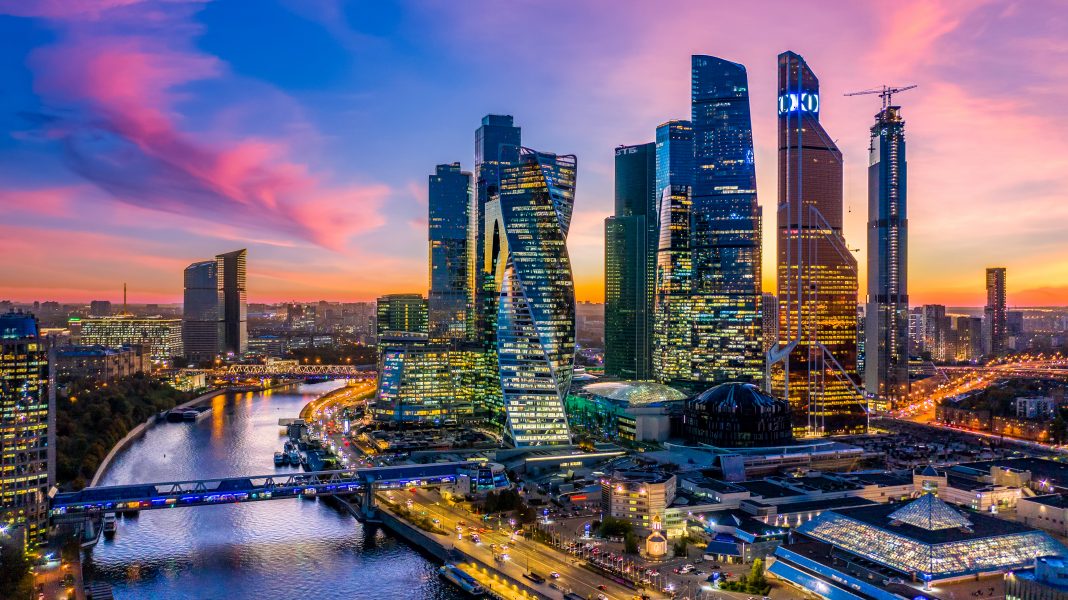 Moscow’s incredible observation deck is Panorama 360. It is located on the 89th floor of the Federation Tower, one of the tallest skyscrapers in Europe. At this height, the whole of Moscow is laid out beneath you. We think that makes this the ideal starting point for your Moscow adventure. An elevator takes just 47 seconds to reach the top, where amongst other things you’ll find an ice cream factory.

Stroll along the river bank

The Moskva River, a tributary of the mighty Volga, cuts right through the centre of Moscow. Like many cities, downtown Moscow is a joy to explore on foot and from the river bank you’ll see some of the city’s most famous buildings. Stroll through the pretty Neskuchny Garden to Gorky Park. Don’t miss the Soviet-era sculptures in the Muzeon Park of Arts. Follow the river to the New Tretyakov Gallery which houses an impressive collection of 20th century Russian art. Cross the river and you’ll soon reach the famous Kremlin.

Be wowed by Red Square 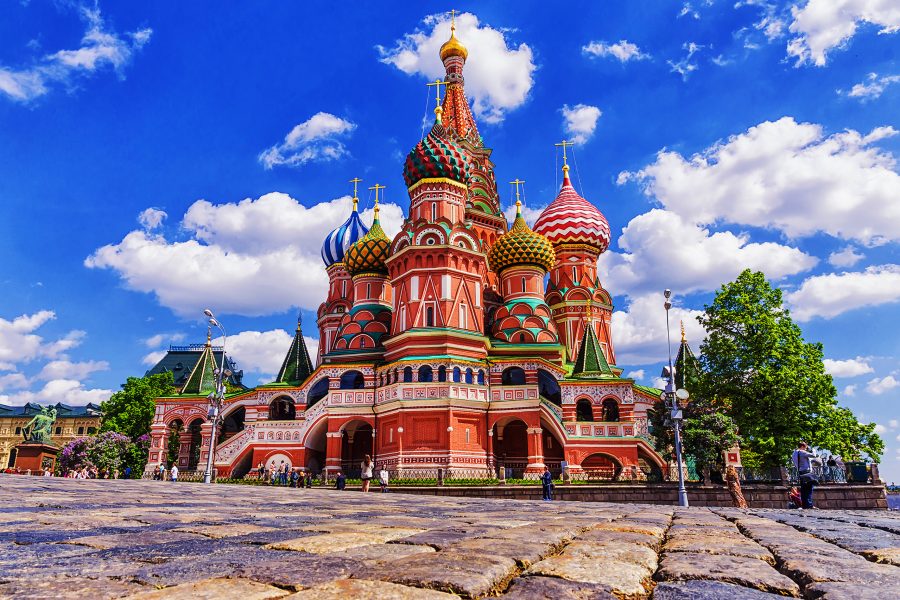 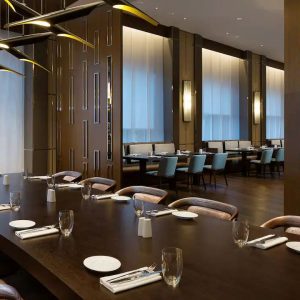 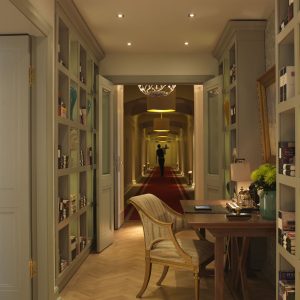 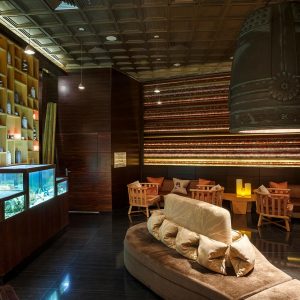 Lotte Hotel Moscow - The Leading Hotels of the World

Moscow’s most famous landmark is without a doubt St Basil’s Cathedral in Red Square. This charming 16th century place of worship is instantly recognisable for its colourful onion domes. Nearby, pay your respects to Russia’s most famous Bolshevik in the Lenin Mausoleum and embrace capitalism as you shop in GUM department store. The Kremlin, with its breathtaking armoury and collection of Faberge eggs, is also close by. 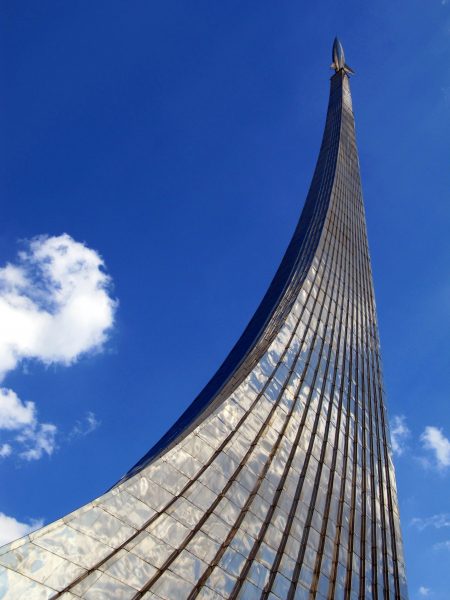 At VDNKh, as you amble along Cosmonaut’s Alley, you’ll be reminded of the important role that Russia played in the global space race. Statues of the people that dedicated their lives to enabling space exploration line the path which leads to the towering Monument to the Conquerors of Space. At the Cosmonautics Museum, admire Yuri Gagarin’s space suit and also learn about Mir and Vostok, the first spacecraft successfully launched into space. 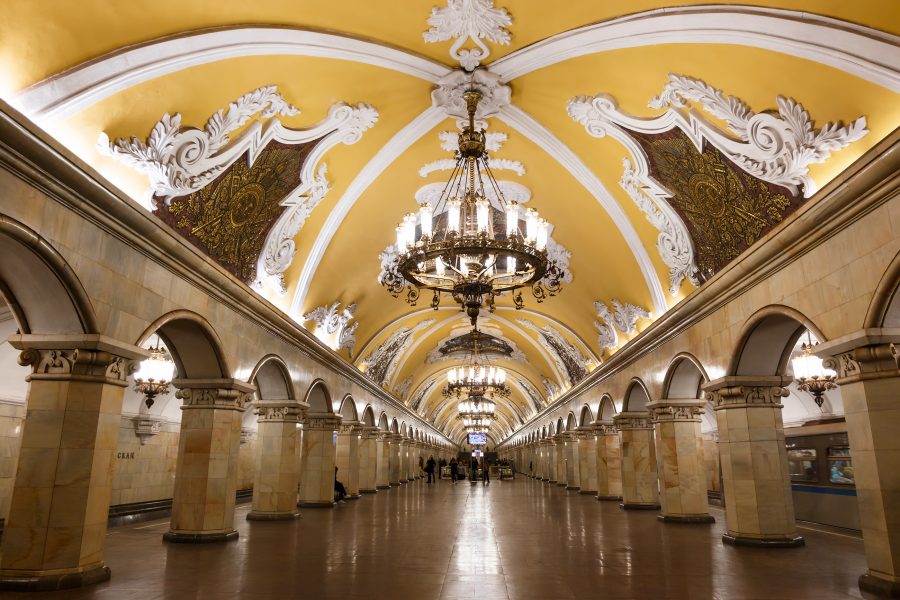 There’s no denying the Soviets knew a thing or two about buildings and architecture. Nowhere is that more evident than in this subterranean network of lines and stations. Many feature dazzling mosaics, bronzes and even glittering chandeliers. Our favourites are palatial Kiyevskaya, literary Dostoyevskaya and elegant Mayakovskaya.

Why not let the Mundana team create you a bespoke Russian itinerary?