Back in the 12th century, a group of German cities banded together to strengthen their trade advantage and bolster defence against those who would destroy them. They were known as the Hanseatic League, a body which also encompassed cities in Latvia, Lithuania, Norway, Poland, Belgium, the Netherlands and even the UK. In 1862, the organisation disbanded, but by then only three members remained, the rest lost to bickering and infighting. So how many of these German Hanseatic League cities will you add to your bucket list? 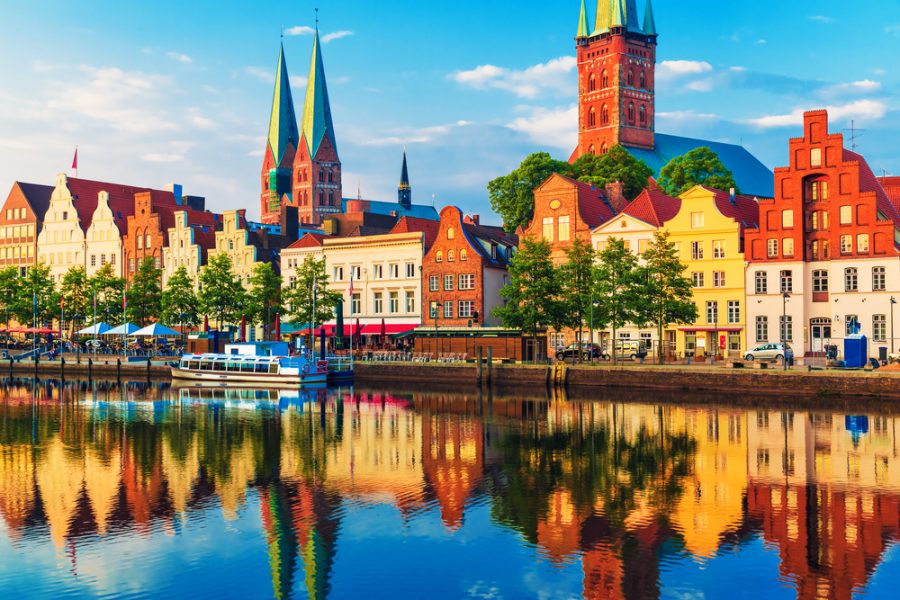 Enter Lübeck through its historic city gate. The Holstentor has two landmark towers and was built in 1464, making it one of the two remaining mediaeval gates in the city. The Stadtgraben River surrounds the Altstadt. Once inside, you’ll delight in wandering the cobbled streets and labyrinthine alleyways. Getting lost is part of the fun! Discover salt storehouses, churches, merchant houses and noblemen’s homes as you explore this compact but beautifully restored part of the city. Don’t miss the Rathaus, Europe’s longest town hall, which measures 187 metres from end to end. Grab some yummy marzipan to take home before you leave. 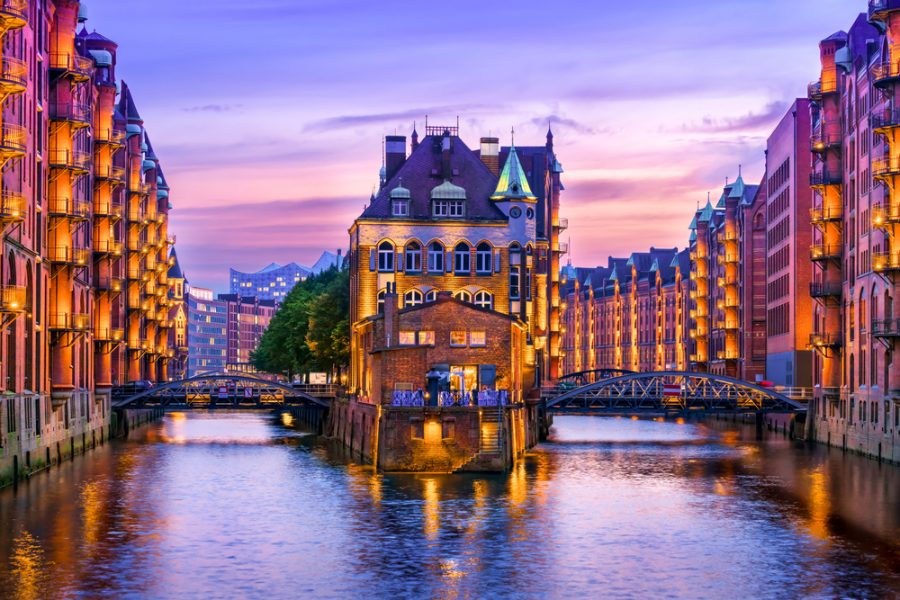 Hamburg’s bustling port made it one of the most important cities of the Hanseatic League. Today, its status is undiminished. One of the most interesting parts of Hamburg is the Speicherstadt, a warehouse district whose buildings utilise the ancient technique of oak log foundations. The oldest houses the city’s International Maritime Museum. The harbour and waterfront are as busy as they were in the old days, but now people come to enjoy themselves with boat trips and al fresco meals washed down with a glass or two of local lager. 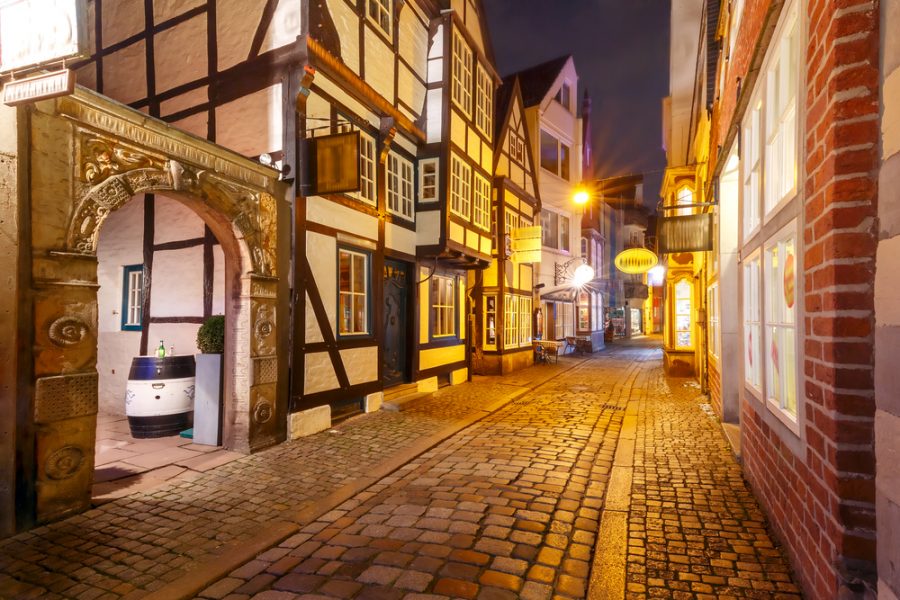 Historic Bremen is a delight to wander, from the cobbled streets of the Schnoor to the centuries-old buildings that fill its squares and alleyways. Down on the waterfront, the Shlachte has swapped its original harbour function for evenings of pleasure as the city’s dining and drinking hub. In the market square, don’t miss the highly decorative Town Hall, historic cathedral and also the statue of Roland, a military leader and right hand man of Charlemagne. Some locals say that as long as Roland remains, the city will never be oppressed. 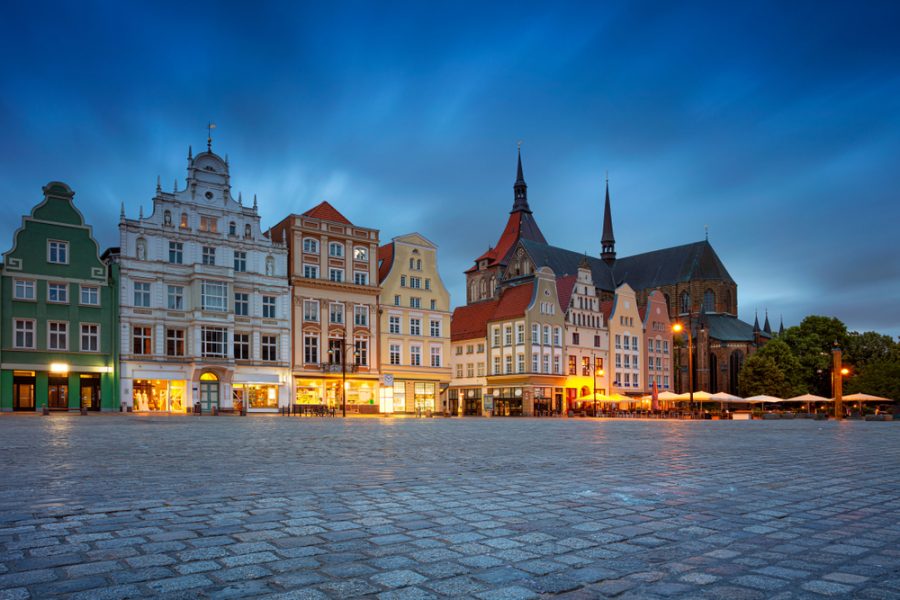 Rostock has over half a mile of fortifications. They protected the city from invaders. Now, present day visitors enjoy the sections that survive. These walls are punctuated by gates and guardhouses. These include the Kröpeliner Tor, now a museum, which dates from the 13th century. This coastal city still boasts a seaside resort at nearby Warnemünde. It boasts mile upon mile of white sandy beaches and a quaint harbour crammed with fishing boats. But other significant maritime attractions are a little less obvious, such as the tower of the Petrikirche, the oldest of Rostock’s churches. Mariners once used it as a beacon to guide them safely home. Today, it provides a great vantage point for tourists from its observation deck. 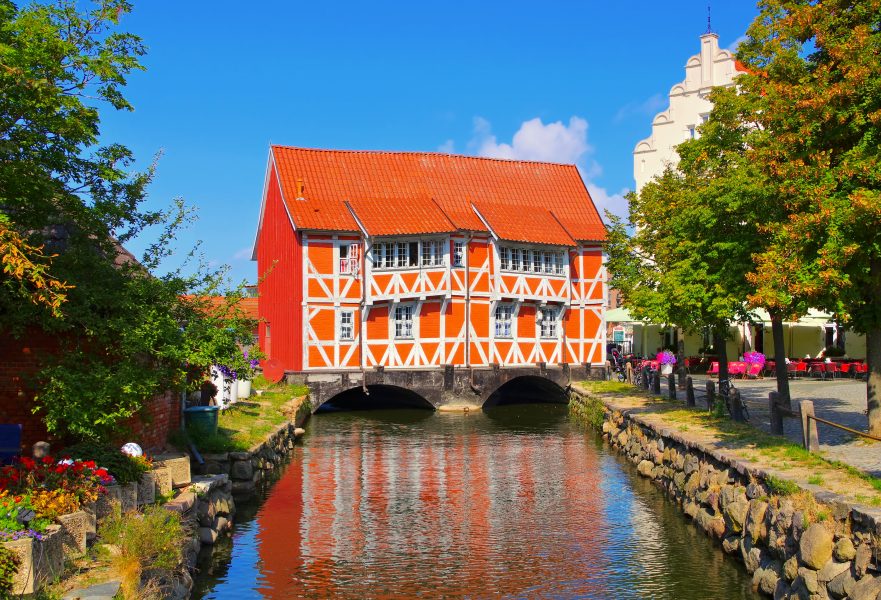 Located on Germany’s Baltic coast, this attractive harbour city has a huge market square. It’s flanked by Brick Gothic style houses including the Alter Schwede built in 1380 and a neoclassical town hall. The square’s centrepiece is the Wasserkunst, a stunning 16th century wrought iron fountain. In fact, there are so many well-preserved or restored merchants’ homes and other historic properties that the Old Town has a UNESCO World Heritage listing. Don’t miss the half-timbered building known as the Gewölbe (Vault) that straddles the Grube River close to the port. 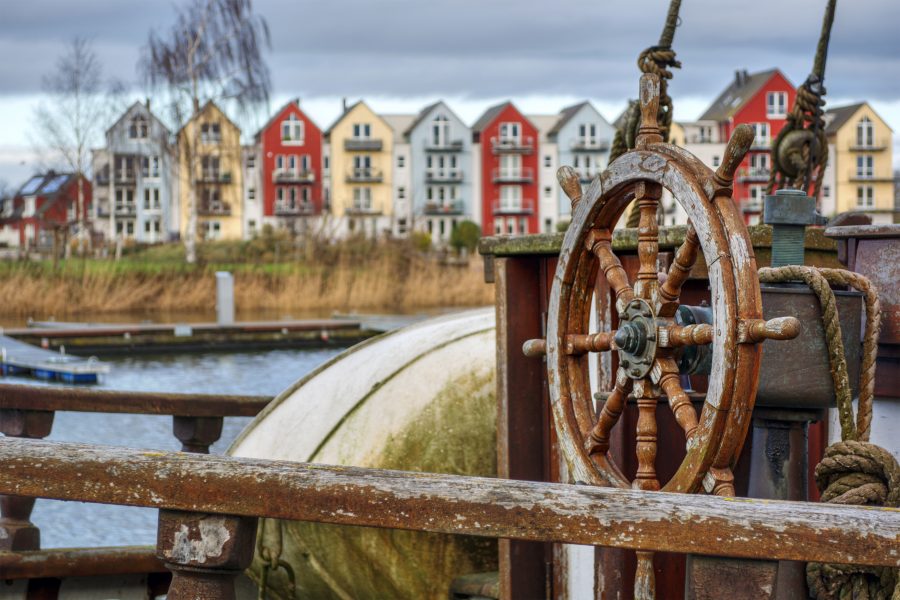 This university city is located close to the Polish border on Germany’s Baltic coast. Make a beeline for the Eldena and Wieck quarters of Greifswald. They are popualr with visitors for their photogenic thatched homes. You can also visit Germany’s oldest wooden drawbridge which still has to be opened manually.  Fishing trawlers land their daily catch on the quayside. They sell fish sandwiches from the boats which are ideal for a picnic lunch. Hop on a boat to travel a short distance inland up the River Ryck. Explore the city centre’s many historic buildings and churches. There, you’ll notice the brass plaques of the Stolperstein project. This is a memorial to the persecution and atrocities faced by the Jewish population in World War Two.

If you’d like a Mundana agent to help you put together an itinerary based around some of these German Hanseatic League cities, please do get in touch.