Of all the Greek islands, Santorini is the one that’s synonymous with luxury travel. Forget the rustic Mamma Mia charm of other parts of the country, here it’s all about swanky boutique hotels, infinity pools, cocktails at sunset and of course those million dollar views of the famous caldera. Tempted? Here are five reasons to visit Santorini.

Nowhere in Greece does sunset views quite like Santorini. A number of operators run sunset cruises, but the best of the action is on dry land. The northerly resort of Oia draws a crowd at the end of the day as visitors flock to see the sky colour behind its picturesque whitewashed houses and iconic windmills. As the lights turn on, the village is bathed in a soft orange glow. You’ll have to share the moment of course – sunsets like this don’t go unnoticed. Find yourself a vantage point while the sky’s still blue and enjoy nature’s free show. 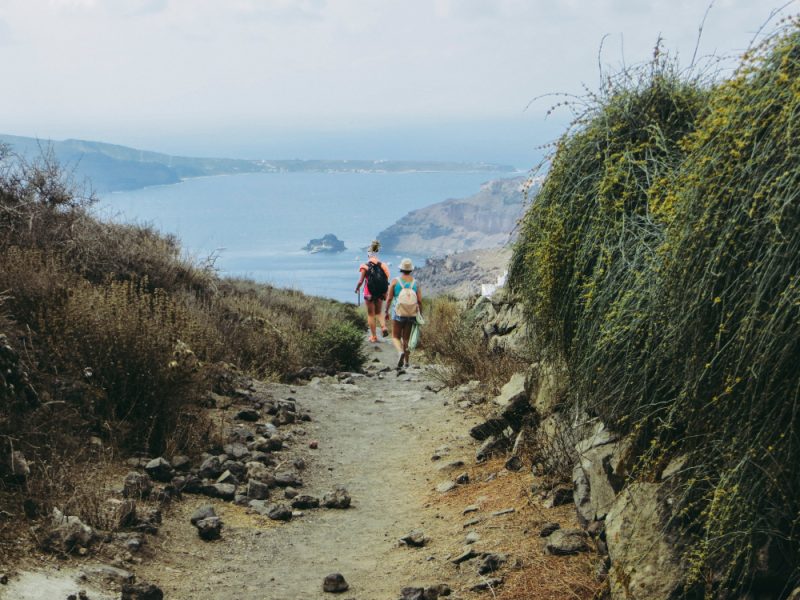 Though there’s plenty of other ways to get around the island, nothing beats two feet. When the paths lead to views as good as this, you’ll want to explore on foot. One of the most popular walks is that between Fira and Oia. This path, part paved, part rough track, meanders through the villages of Firostefani and Imerovigli. Work your way along the rim of the ancient caldera. Stop off at Skaros, where the first fortress was built on the island, and the monastery of St. Nicholas. In the height of summer, start out early to beat the heat, and take plenty of water. 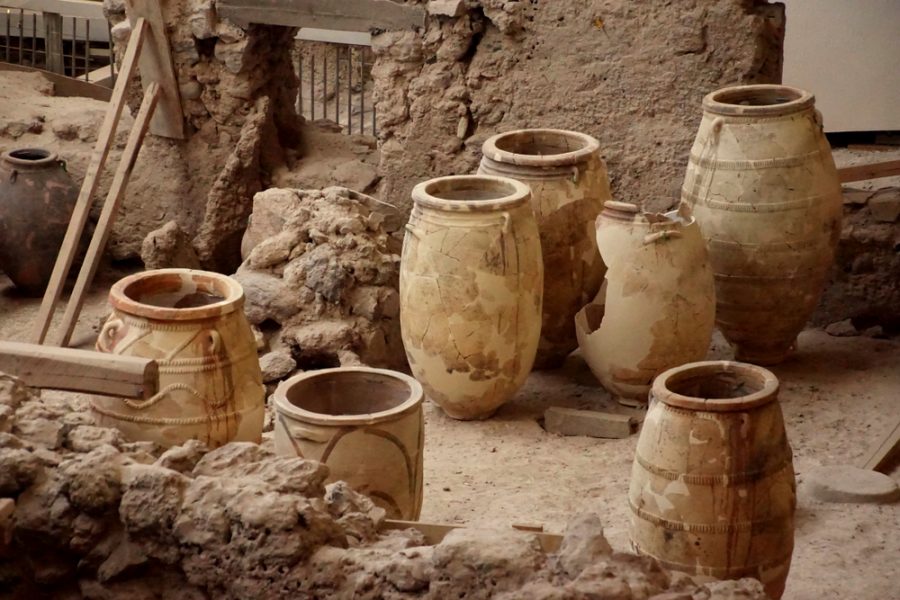 In the south of the island, the village of Akrotiri is home to some impressive ancient ruins. The prehistoric site was once a thriving port, but earthquakes and then volcanic eruptions drove residents away. They would never return. Archaeologists have uncovered an exceptionally well preserved settlement. Elaborate drainage and multi-storey homes covered in frescoes are proof this was a sophisticated place for its time. Meanwhile the number of imported ceramics, furniture and other household pieces clearly show its links to places such as Cyprus, Egypt and Syria.

Spend the day at the beach 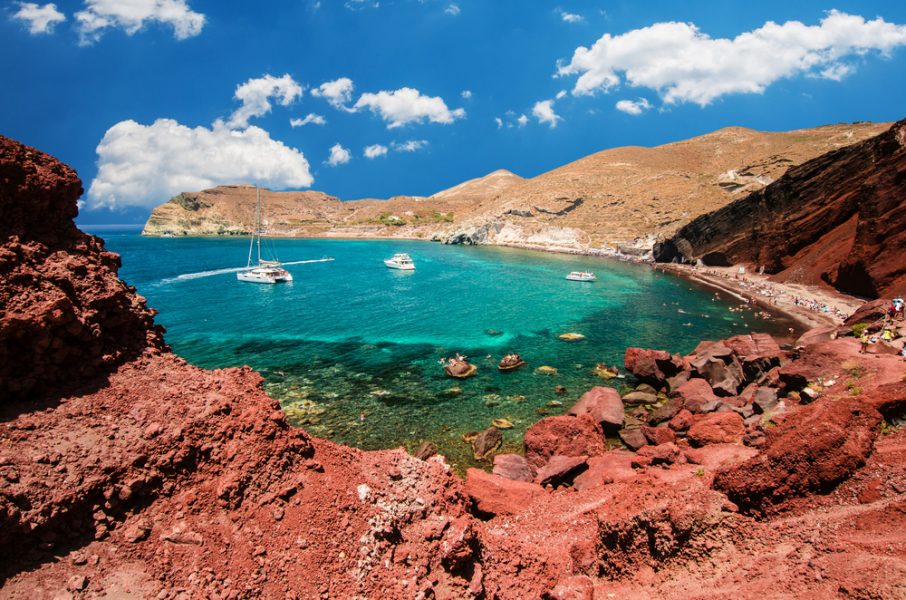 Santorini has a clutch of beaches just begging to be admired. One of the most famous is Red Beach. It’s a steep and rocky path down – tricky in flip-flops – but worth the effort for the intense colour of the red rocks which give the beach its name. Elsewhere on the island, try the unspoilt pebbles at Katharos Beach, where volcanic black sand and white cliffs combine to stunning effect. Vichada Beach is similarly photogenic. Shed your inhibitions if you want to take a dip in the clear waters of Koloumbos Beach; it’s a nudists’ favourite. 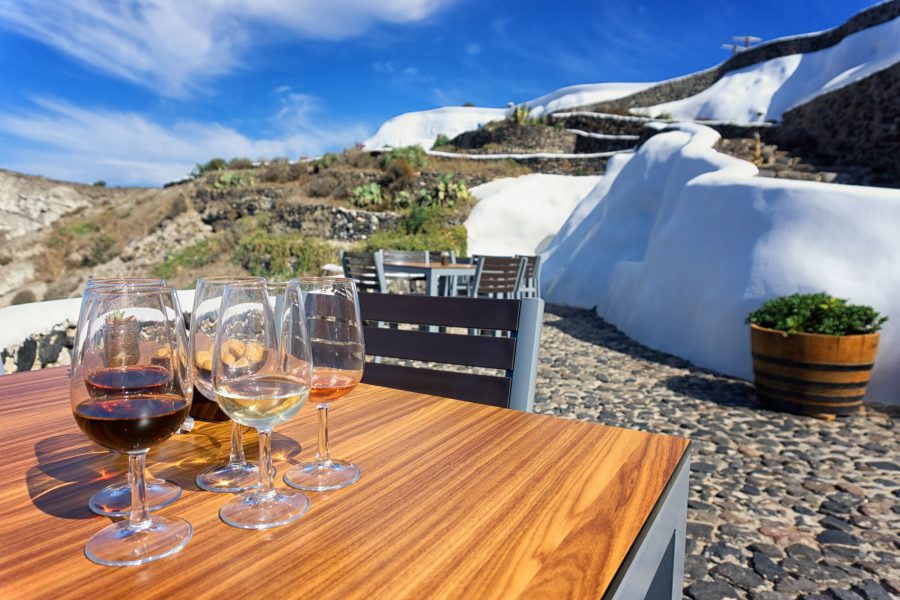 The island’s fertile volcanic soils and arid, sunny climate make Santorini ideal for wine production. In fact, it’s one of the oldest wine-growing regions in the world. Much of what’s grown is the Assyrtiko variety, which accounts for around two-thirds of the island’s vines. Many of the vines are ungrafted; some are as much as 250 years old. Tours and tastings are easily arranged, giving you an insight into the practices associated with viticulture and of course, that all-important chance to try the end result for yourself.

If you’re keen to visit Santorini, why not get in touch with Mundana and see how we can help you?