Budapest is a great choice for an Eastern European city break: affordable, compact and easily reached from other European cities such as Vienna, Prague and Bratislava. If you’re keen to add the Hungarian capital to your wish list, here are Mundana’s picks for must-see Budapest.

Hop on the historic funicular to reach Buda Castle, a UNESCO World Heritage site. The Baroque palace you see today was built between 1749 and 1769, but there’s been a Royal pad on the site since 1265. This was the home of the Hungarian kings; today, it’s where you’ll see the changing of the guard outside the Presidential Palace. There’s also an interesting museum, but the main draw is to stand on the outdoor terrace and look across the Danube from this lofty vantage point to see Pest in all its glory. 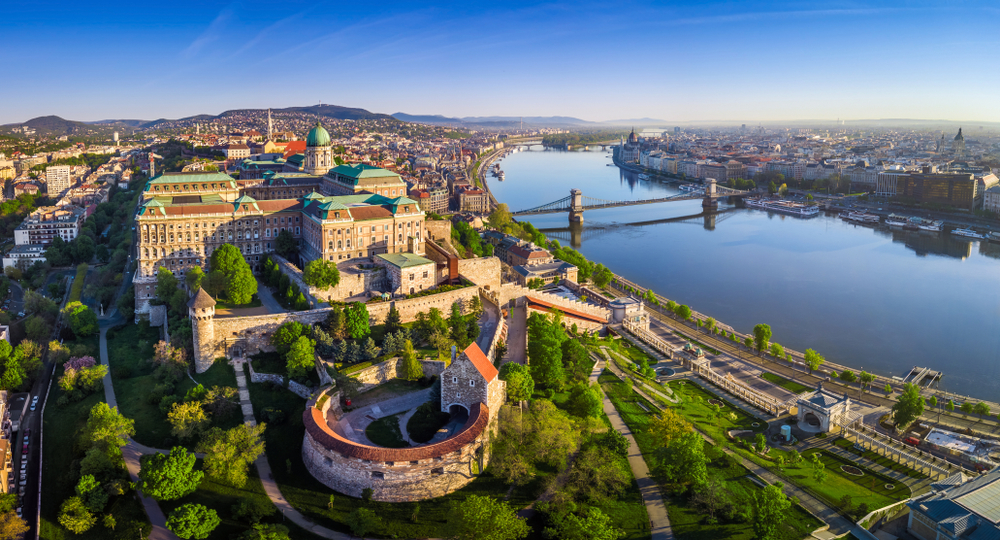 Fisherman’s Bastion is probably Budapest’s most iconic sight. This popular tourist attraction, known to locals as Halaszbastya, dates from 1895 and was built as part of the celebrations for Hungary’s 1000th birthday. That’s why it has a mediaeval feel, a nod to the time when 7 Hungarian chieftains led their tribes to this land in 895. The Bastion features 7 towers, one for each of them. While it was being built, the underground St Michael Chapel was revealed, and part of it incorporated. The architect, Frigyes Schulek, also restored the nearby Matthias Church and the Bastion picks out its neo-Gothic style. 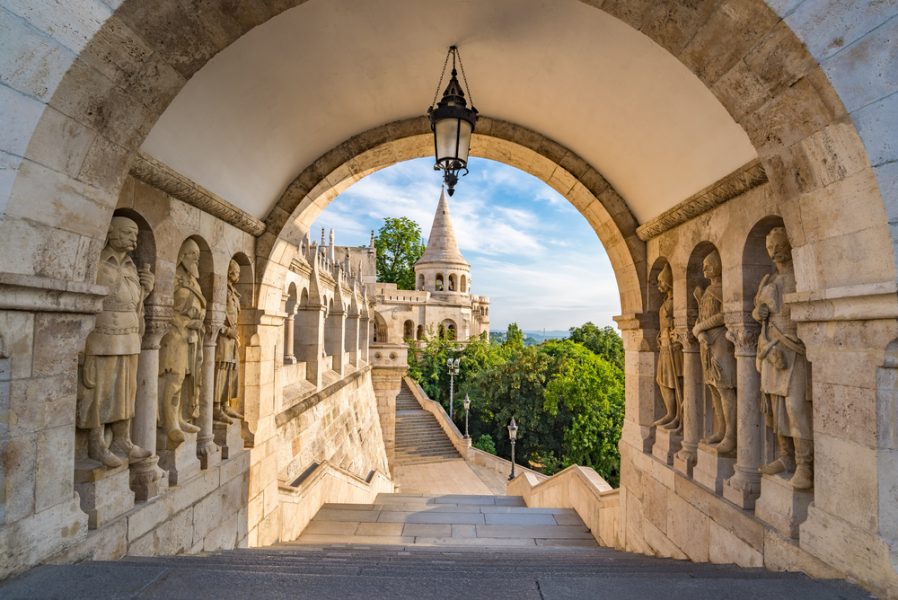 The Chain Bridge across the River Danube

The twin cities of Buda and Pest are divided by the River Danube, one of Europe’s longest rivers. It’s crossed by several bridges in the city centre but the most famous is the Széchenyi Chain Bridge. It has appeared in numerous films, TV shows and even a Katy Perry video. Funded by a Greek, designed by an Englishman and built by a Scot, the bridge has been a much admired fixture on the cityscape since opening in 1849 as the first permanent structure in the city to span the river. It was blown up during World War Two but rebuilt a few years later. 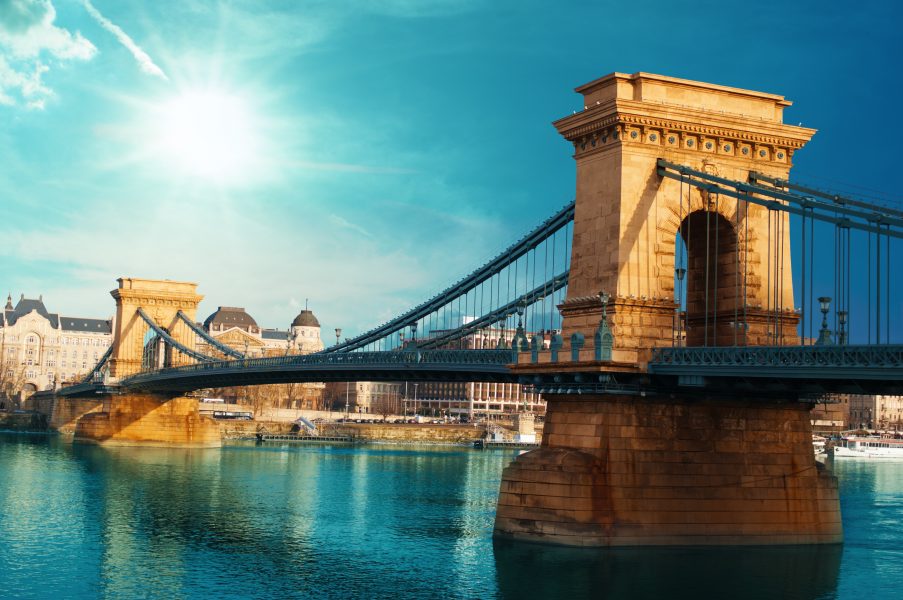 This magnificent structure is one of Budapest’s two tallest buildings, along with St Stephen’s Basilica. It was completed in 1904, though its architect never got to see his finished creation – he first went blind and then sadly died shortly before it was done. The building houses the Hungarian Parliament and occupies a commanding position on the bank of the Danube on the Pest side. Take a boat tour to appreciate its Gothic Revival architecture, reminiscent of London’s Palace of Westminster. Or, admire its reflection from Fisherman’s Bastion on the opposite side of the river. 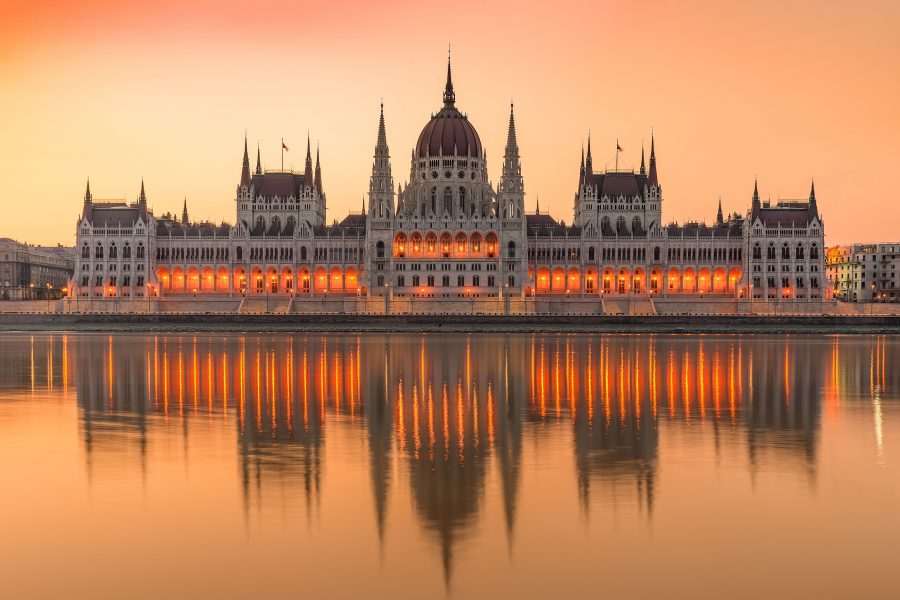 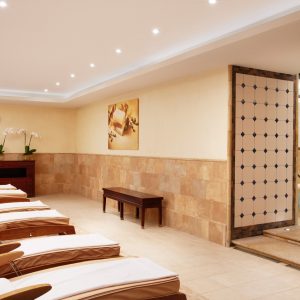 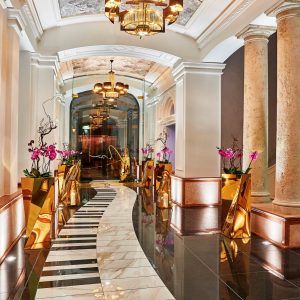 Budapest’s Great Market Hall is no ordinary market. Spread over three glorious floors, you can buy all manner of souvenirs and produce here: fruit, vegetables, cooked meat, fresh fish, Hungarian paprika, Tokaj wines and Hungarian snacks like Langos. The market hall dates from 1897 though it was extensively damaged during the Second World War. Thankfully it was rebuilt in the 1990s and rivals other European markets for its splendid architecture, not least the distinctive green and gold Zsolnay tiles which adorn its roof. 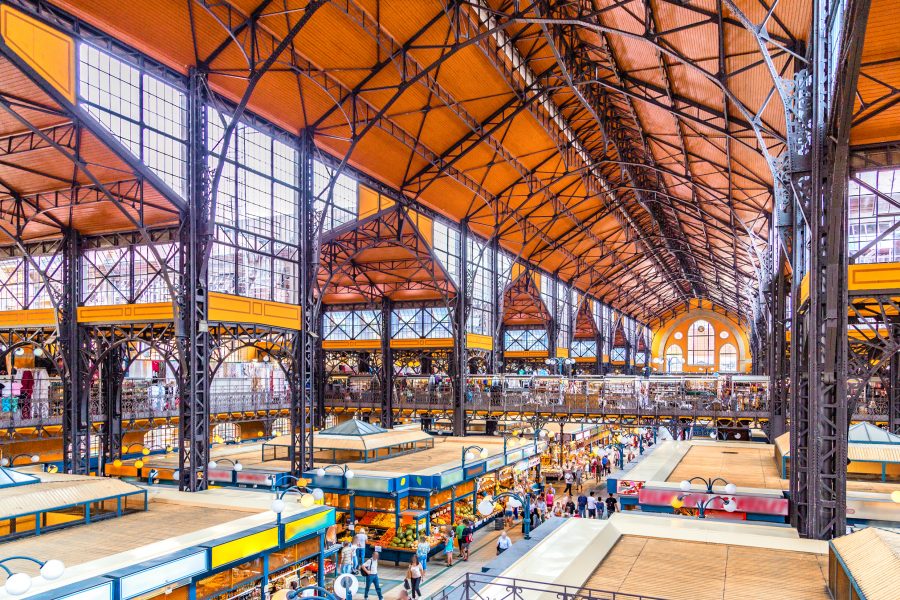 The baths at the Hotel Gellert or Szechnyi

Budapest is well known for its thermal baths. There are in the region of 125 thermal springs scattered throughout the centre, giving Budapest the nickname “City of Spas”. Many are frequented by locals, but for a more salubrious experience try the upscale pool at the Hotel Gellert, one of the finest in Budapest. Alternatively, the sprawling complex of Szechnyi is a delightful place. Don your bathing suit and luxuriate in the steaming waters of this outdoor pool complex in the heart of the capital. There’s no better way to soothe those tired calf muscles after all that sightseeing. 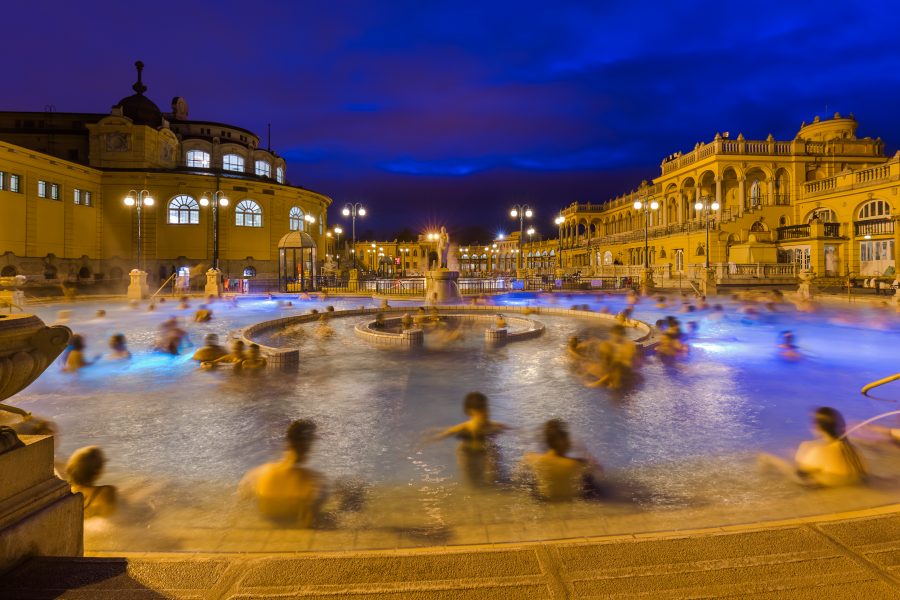 Re-energised after a soak, the Whale is a good place to end the day. This fabulous complex gets its nickname from its shape; glass and steel connect several old warehouses to great effect. It is a new addition to Budapest’s riverfront but its appeal goes far beyond its architecture, no matter how impressive that is. Bálna, as it’s called locally, contains a clutch of trendy boutiques, excellent restaurants and a handful of bars. Wind down and relax while enjoying a view of the Danube. 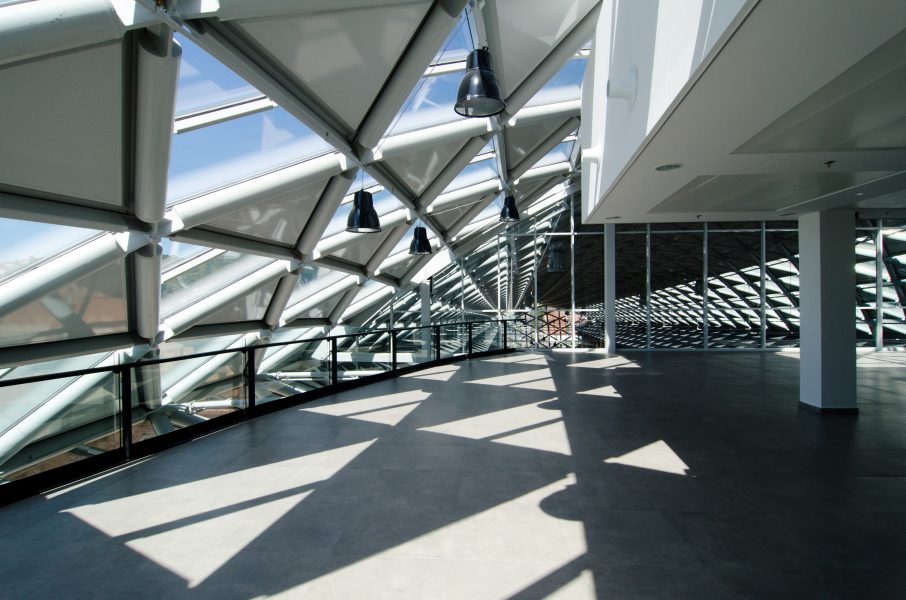