Five reasons why you should visit Kotor, Montenegro

Montenegro is a small country on the Adriatic coast between Bosnia-Herzegovina and Albania, and across the sea from Italy. It is slightly larger than the Falkland Islands, but marginally smaller than the Bahamas. It became a sovereign republic after the breakup of the Soviet Union, and has a fascinating history and a pleasant culture. Kotor on the Adriatic Sea has so much to offer we decided it was worthy of its own post. 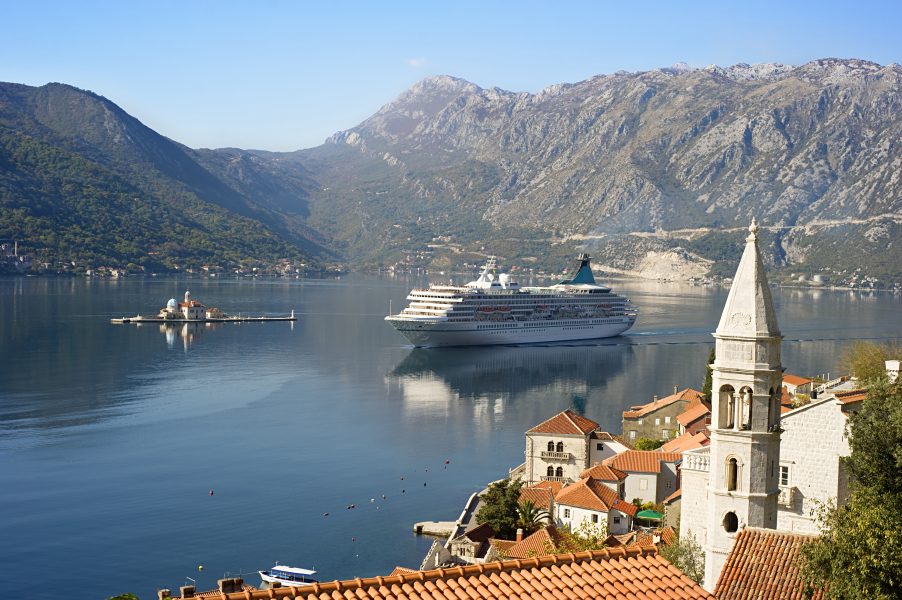 Romantic villages clinging to hills overlooking the Bay of Kotor

The Bay of Kotor is a submerged canyon reaching deep inland. This gives the surrounding area a fjord-like character reminiscent of the Norwegian coastline. An impressive landscape of hills surrounds it, with villages cascading down to beaches. There are impressive limestone mountains inland.

Kotor and other well-preserved mediaeval towns of Risan, Tivat, Perast, Prčanj and Herceg Novi are worth taking time out to wander through, and savour local delicacies at street cafés. There is so much history to absorb in ancient churches and monasteries. Many battles have been fought here. Listen to the stories in the stones. 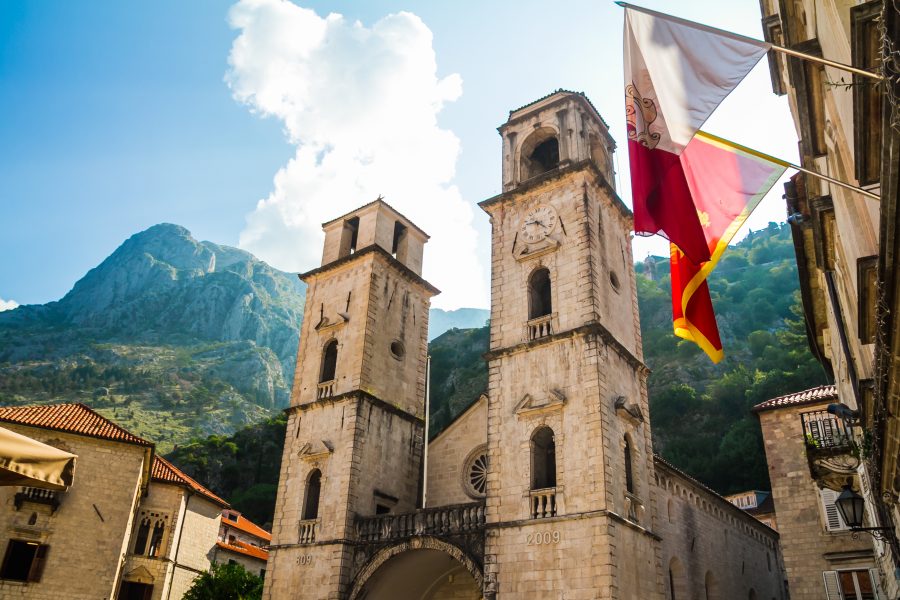 Paradise for cat lovers on the Adriatic Coast

Kotor provides free feline therapy for cat lovers. There are several hundred stray cats at first glance; however on a second look they are well fed and purr happily at every opportunity. When you look a third time you’ll spot food and water bowls in curiosity shops and boutique restaurants. Expect to see them wandering through the streets. They have the right because the town adopted them.

The cats go back at least a century, and urban legends are many including them saving the town. A more likely theory is Kotor was a trading port where many sailing ships stopped by for supplies. They had cat onboard to control the rats. Some of both jumped ship, and settled in one of the loveliest ports of the world. 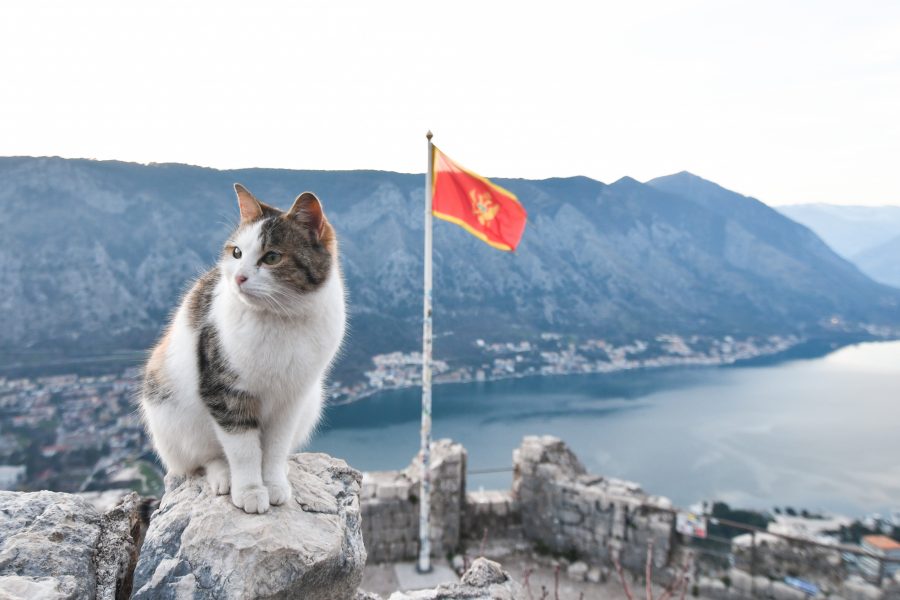 Ancient Fortresses with a Venetian Touch

Nations fought for centuries over Kotor’s strategic position. During the 16th and 17th centuries, Venice at the northern end of the Adriatic colonised it and built a series of mighty fortresses. The also made lookout points on surrounding hills, most of which are a paradise for the resident cats.

The Venetians made a good job of their fortifications. They built a system of citadels, ramparts, projecting bulwarks, towers, land and water gates, and forts protecting a mighty castle. This complex system protects the Old Town and last saw action in 1943 and 1944. 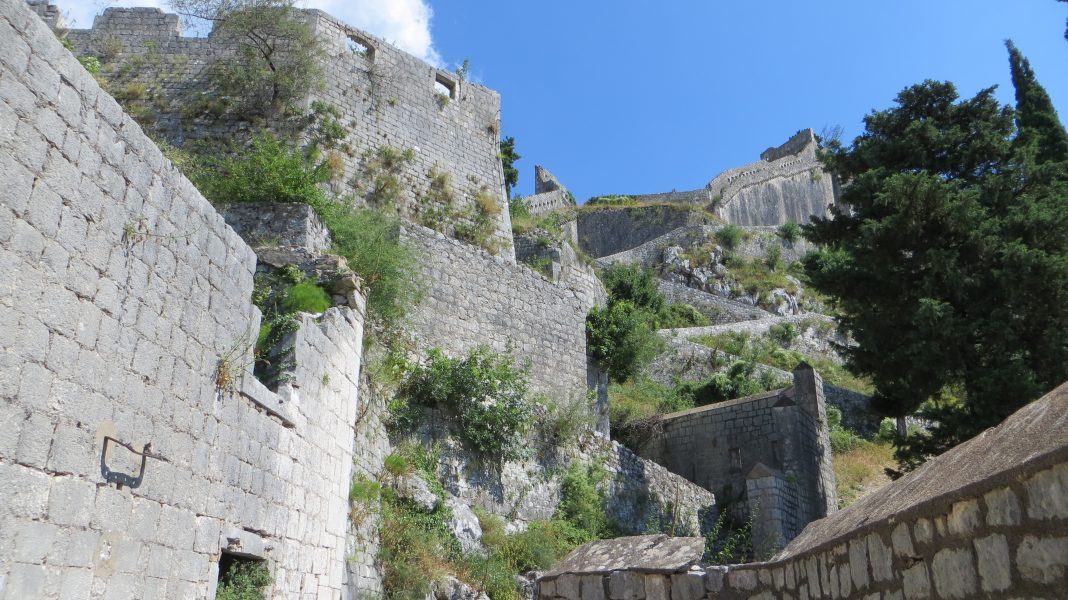 Kotor’s strategic position did not only introduce cats. Albania, Levant, Turkey, Hungary and Serbia also ‘colonised’ its menus with their unique tastes. Expect to experience a kaleidoscope of Serbian sarma, musaka, pilav, pita, gibanica, burek, ćevapi, kebab, and đuveč, not to mention Turkish sweets like baklava and tulumba, and Hungarian stews and sataras.

Whew, that’s quite a list and you’ll never able to try them all in a single visit. Lamb boiled in milk is a favourite among local Albanians. However, you may prefer delicious grilled or fried squid when visiting this town. If it’s your fancy, do try a local beer brewed in the Trebjesa brewery. If not, settle for Turkish coffee or espresso after your meal. 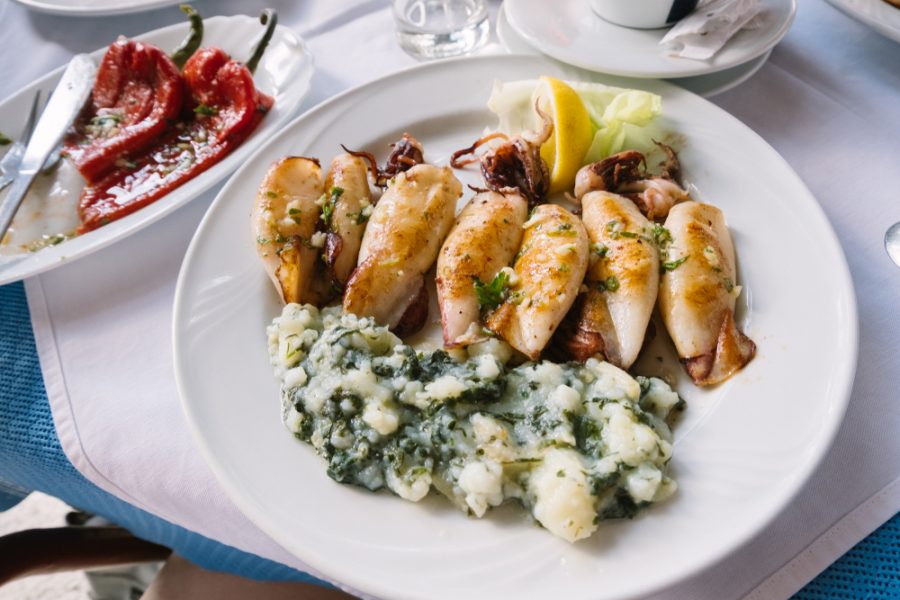 Kotor might still be a tiny settlement, were it not for its unrivalled position on the Bay of Kotor’s canyon. Many of the finest attractions are along the coastal strip where first people settled, or high on the hillside where they sheltered when invaders threatened their peace.

Today, Kotor slumbers peacefully, a UNESCO World Heritage Site since 1979. Its greatest pleasures are often found in simple things. A dip in the ocean, a walk on a beach, a stroll along an esplanade. What more could you want on a glorious summer day?