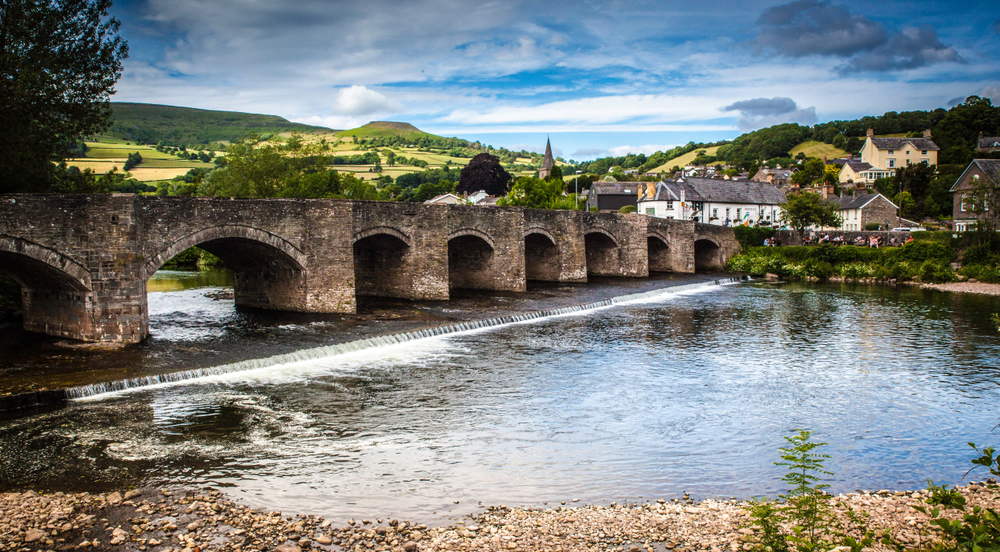 If you have ever watched a brightly coloured canal boat mooring at a waterside pub you may have wished you could float your worries away too. One of Britain’s lesser known secrets is you can hire a canal boat for a week, and they are simple to operate because the water is calm.

The indulgence of slow travel

You can choose between a narrowboat and a low slung cabin cruiser, whichever takes your fancy. However the cruiser has to be low enough to pass beneath bridges. We won’t pretend you will revel in luxury. but we do promise you a unique experience and the river to yourself out of season. Luxury here comes in the form of relaxation and the indulgence of slow travel.

Explore the Brecon Beacons National Park at a gentler pace

The Monmouth and Brecon Canal passes through the Brecon Beacons National Park for thirty-five miles. You could travel from Pontypool to Brecon in two days if you were in a rush. However you pass through delightful villages with pubs that are bound to distract with local beers and tasty food, so what’s the rush? This place is so peaceful it’s hard to believe it once served coal and iron mines. Remnants remain if you are curious enough to look. But why would you, when you can glide through the water at two miles per hour on an idling engine? It’s even easier with a narrowboat tiller incorporating the throttle.

A typical up-river hire starts at Pontypool about eight in the morning. Your boat will be beautifully prepared and your fridge stocked with snacks and drinks just as you requested. Full training will be given although you should be ready to ‘drive’ within ten minutes. The unbelievable tidiness of the place is a stunner without seeming artificial. The occasional boat slows to crawling speed as you pass each other. People walk their dogs or cycle along the immaculate towpaths. However when you moor to explore, you are in peaceful farmland a few footsteps later.

The locks may seem a challenge but you will figure them out. Think of them as giant water steps. You park between two gates, and fill the bath or empty it. You can always ask a local to help if you are stuck. Going somewhere slowly on the Monmouth and Brecon Canal soon becomes a holiday of a lifetime. Stop over for the first two nights at Abergavenny. This is a small market town and some say the gateway to Wales. We can’t promise that is true, but we purchased local provisions before whiling the afternoon away at a quaint inn where the pub fare was really, really good. We cooked our own breakfasts but the other meals were on the fly.

The next leg of the voyage to Crickhowell should be uneventful barring a small road bridge you have to crank up and let down after you pass through. This is an even smaller town dozing compared to its bustling past once alive with the sounds of carousing boatmen and miners. Take the hired bicycles off the roof and go cycling through the countryside for the rest of the afternoon. Few places can beat Wales on a glorious summer day. Crickhowell Bridge is the longest stone bridge in Wales, but try to end up at the crumbling remains of Crickhowell Castle, begun in 1121 but reduced to a pile of stones in 1403.

As You See It Media Ltd/Shutterstock

Diesel motors help when it comes to low bridges

On the third day of the journey you pass through Ashford tunnel between Llangyndir and Talybont. The old working canal boats used horses to tow them along. However with a ceiling of only 5ft 6in the boatmen had to lie on their backs and reverse-pedal their way through while the horses plodded above. However, you feel your way in spooky darkness guided by a headlight on the boat and the luxury of a diesel motor. You craft may complain with a few sonorous knocks on the bumpers. Fortunately they make them tough in Wales and you will soon on your way to Brecon, the terminus or turning point in your journey.

All good things must come to an end

Brecon marks the top of the navigable portion of the river, with a history dating from the dark ages before the Normans seized control. It is the gateway to the utterly unspoiled part of Brecon Beacons National Park named after a range of signature sandstone mountain peaks. You could hike for days and see only the tiniest part of this magnificent space. But alas, your waterborne steed is waiting because you have to return the boat to Pontypool within four days and the clock is ticking. Could you think of a better reason to float your cares away? The only sad thing is this will not last forever and a day.

For more Welsh inspiration, why not give Mundana a call to discuss your requirements?