The most colourful places in Mexico

Could your life use an injection of colour? When everything feels just a bit too grey, consider a trip to Mexico. This colourful country is just the ticket for a vacation that energises and revitalises. Here’s where to book if you’re looking for a holiday that will take you to the most colourful places in Mexico.

Guanajuato made its money on silver, but these days it’s known for a colour palette that encompasses that of every gemstone. Many of the city’s buildings are painted in bright shades. It’s best to get your bearings and see it all laid out before you by riding the funicular. From the statue of El Pipila, the views are probably the best in the city. The bright red and yellow Basílica Colegiata de Nuestra Señora de Guanajuato is unmissable. Back down the hill, don’t miss the Callejón del Beso (Alley of the Kiss). It gets its name because the balconies of its houses were close enough for amorous couples to lean over and share a kiss. 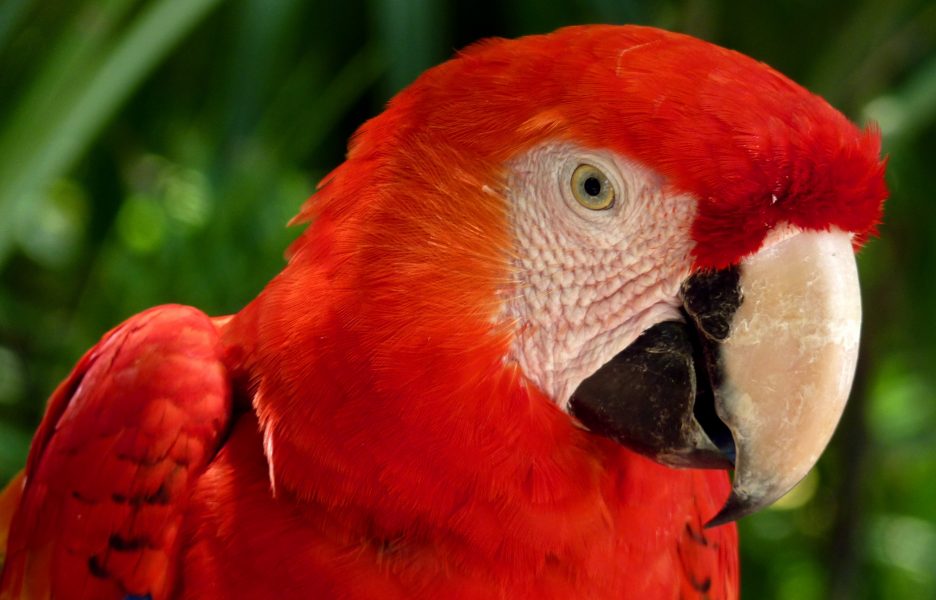 The popular resort of Playa del Carmen pops with colour. From its lively pedestrian shopping street, Quinta, to the white sand and turquoise sea combo of its fabulous beach, every imaginable hue can be seen. But for the full impact, it’s best to head for nearby Xcaret park. Witness the Papantla Flyers, a ritual-driven heart-in-mouth spiral descent accompanied by flute and drum. Stay until evening when the scarlet macaws roost. More than three hundred actors and performers come to the stage to put on the splendid Xcaret México Espectacular. It recounts the history of Mexico through theatrical spectacle, dance and music. A riot of colour, it will blow your mind! 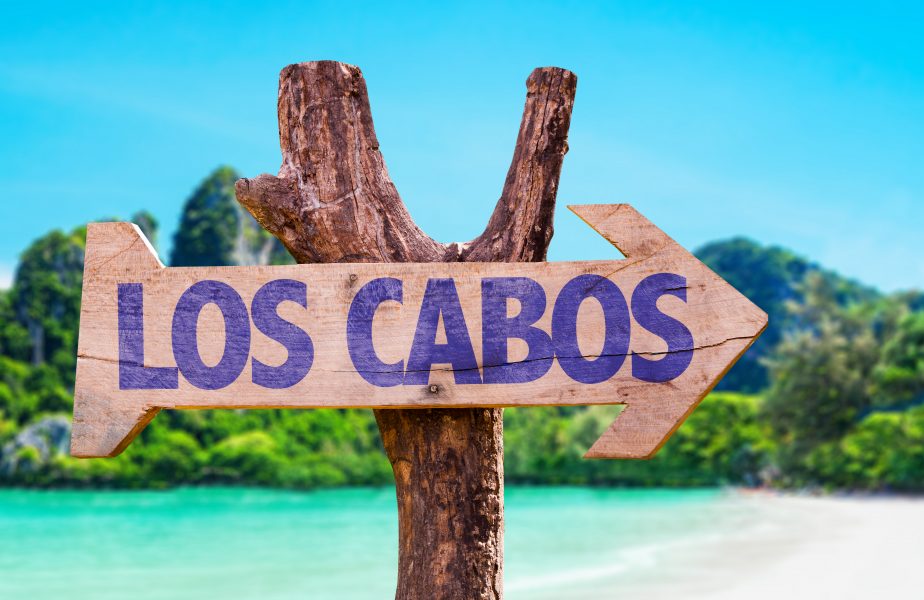 Baja California puts up the delightful town of San José del Cabo as a worthy contender for a place on this colourful list. Its rich history is as vivid as its paintwork and its colonial heart is a gem. Best time to see it is on a Thursday evening between November and March for that’s when the town stages its popular Art Walks. Also along its quaint cobblestone streets you’ll find many excellent restaurants. Some will offer you complimentary wine and tapas. You might also be serenaded by roving musicians, but hey, that’s just Mexico! 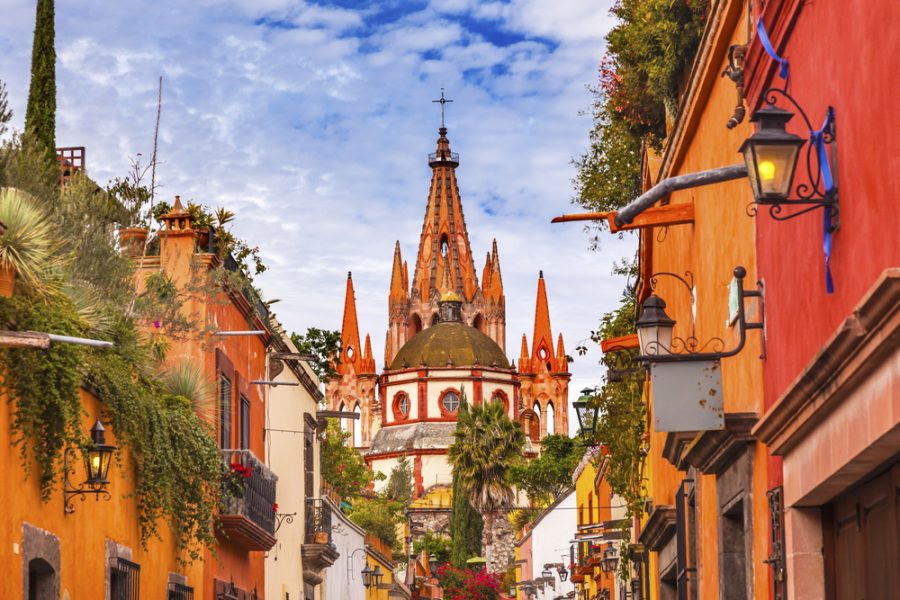 Artists flock to the pretty town of San Miguel de Allende and in part it’s their paintings and sculptures which give the place its colour. Begin exploring in front of the city’s fabulous church, Parroquia de San Miguel Arcángel. Its pink towers and neo-Gothic style are something else! Head south and you’ll eventually find yourself amidst the flowers of Juárez Park. But don’t hurry, there’s also great joy to be had just strolling along the charming streets. Browse the galleries and craft shops to find yourself a suitably colourful souvenir before you leave.

The Yucatan’s “Yellow City” is so called for the number of buildings painted in shades of ochre, gold and mustard. The jewel in its crown is undoubtedly the Franciscan Monastery named after San Antonio de Padua. It’s yellow of course, but you can recognise it from its many arches and an atrium which when it was built was second in size only to Rome. Today, Izamal is a place of pilgrimage. Worshippers come to pay their respects to the Virgin of the Immaculate Conception, also known as Our Lady of Izamal. There are plenty of Mayan remains too. Climb to the top of Kinich Kak Mo pyramid for panoramic views across the town. 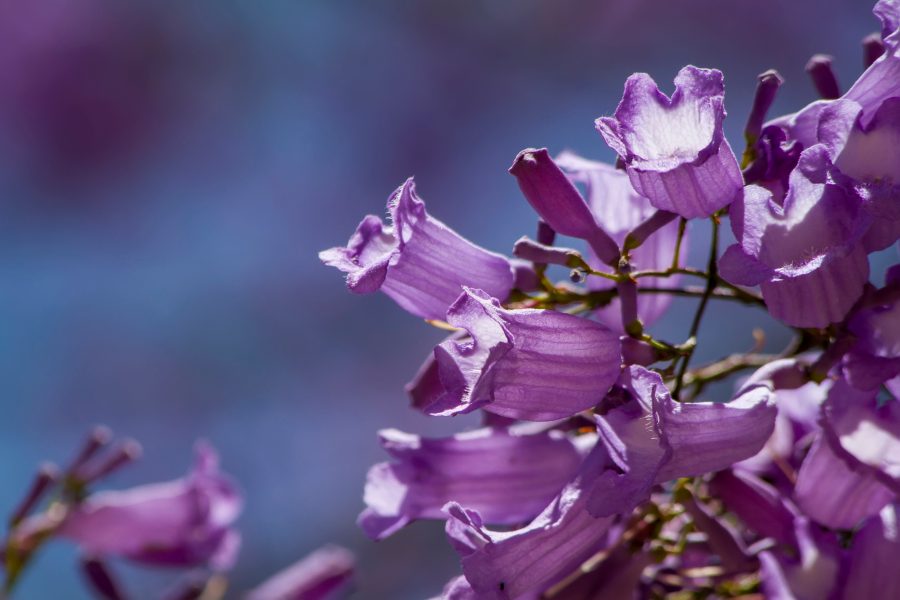 Nicknamed the “place of the indigo” Jiquilpan takes its name from a pre-Columbian hieroglyph which depicts the own as a horizontal line of earth with two indigo plants above. Much later, poet Ramón Martínez Ocaranza was born here and christened his hometown the “city of jacarandas”. Those jacarandas bloom in February and March adorning the avenues with purple flowers. In late October, a different flower takes centre stage: the marigold, widely used for the city’s Day of the Dead festivities. In between, get your colour fix at the Centro de Estudios de la Revolución Mexicana Lázaro Cárdenas where you’ll see brightly painted murals from the artist José Clemente Orozco.

If you’d like Mundana to make your Mexican dream a reality, why not get in touch with our experts today?