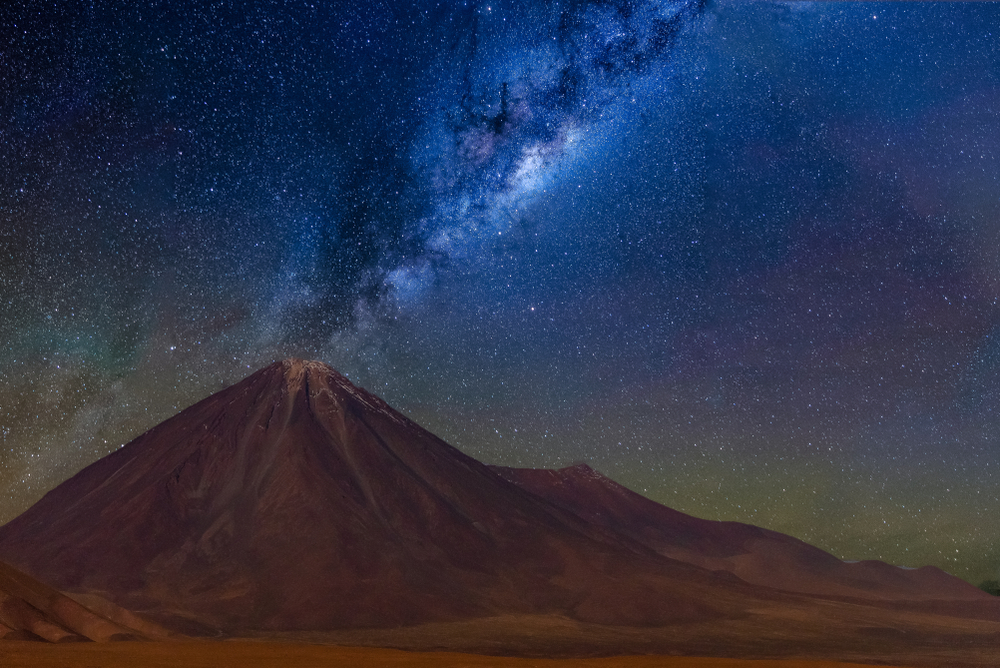 Have you ever looked up to gaze at the stars and been disappointed you can’t see as much as you’d hoped? Unfortunately, in most city skies today, fewer stars are visible. Part of the problem is the light pollution that engulfs these locations. Some of us, too, have the misfortune to live in places where cloud cover is common. If only we could part those clouds and see what’s above. So why not consider a stargazing holiday instead? There are twelve places around the globe that are Dark Sky Reserves, as well as countless other Dark Sky Parks too – the same, but smaller. Here are Mundana’s picks for the best places to go stargazing.

NamibRand is one of Africa’s biggest private nature reserves situated in Namibia. This area lies in one of the darkest, yet most accessible places on the planet. It has also become Africa’s first official International Dark Sky Reserve, suitable for world-class stargazing. The exclusive &Beyond Sossusvlei Desert Lodge is due to reopen after a refurbishment in October 2019. Here at Mundana we are excited to see the transformation. Floor to ceiling windows in the suites and shared spaces of this serene property afford superb views of the surrounding desert and the wonders of the night sky.

If you’ve plans to go down under, then budding astronomers should certainly opt for South Island, New Zealand. Three small communities populate the reserve.  Lake Tekapo Village, Twizel and Mount Cook Village all offer accommodation. Surrounding them is a wild and beautiful landscape. The tussock plateau of the Mackenzie Basin has more sheep than people, so light pollution isn’t an issue. Wherever you base yourself, make a pilgrimage to the Church of the Good Shepherd on the shore of Lake Tekapo. With a star filled sky reflected in the water, it’s one of the most breathtaking sights in the country.

In southern France, the Cévennes National Park covers the south-easterly portion of the Massif Central, a highland region riddled with mountain streams and plunging river valleys. Though the area’s home to around 71,000 people, many of them farmers, it manages to preserve an unlit sky and thus attracts amateur astronomers. By day, the park offers a diverse range of outdoor activities including hiking, mountain biking, fishing, kayaking, and caving.

Being a region that has less than an inch of rain yearly, the Atacama Desert is one of the driest points on earth. In fact, it is a region that boasts 300+ days with clear skies annually. With minimal light pollution, the Atacama Desert is one of the best places in which to freely stargaze. Head for the oasis town of San Pedro de Atacama and spend your nights watching the stars and the planets in the company of expert tutors. By day, the incredible landscapes of this part of the world, featuring alpine lakes, towering volcanoes and sculptured rock formations, will keep you enthralled until night falls again.

If gazing at the stars and planets of the night sky sounds like a wonderful way to spend your vacation, why not let the experts at Mundana plan your perfect trip?